I had a great 6 hour sleep on the Aeromexico flight from Calgary to Mexico City.  I had three seats to myself and before I knew it, we were being told to prepare for landing.
Mexico City Airport is naturally a busy place but has the comforts of home:  Starbucks and 7-11!  Free wifi is available but only for a few minutes each time.
Going through security, my IPad was tested for chemicals and set off the alarm!  I haven't had it out of its case for a couple of years so the chemicals were probably dirt and filth!  Anyway, it resulted in not 1, but 2 pat downs.  They are like mini massages and so I never refuse one!
I am staying at the Luna Castle Hostel in Casco Vieja - the old city.  From the balcony- 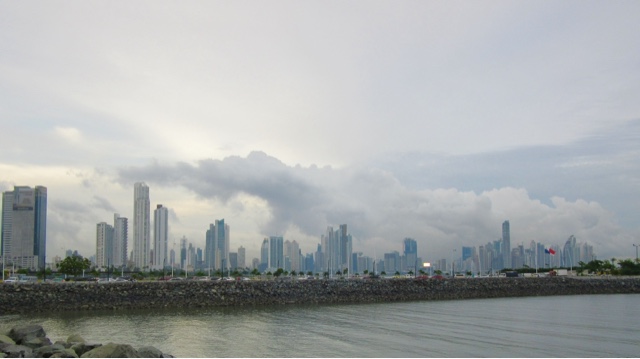 is a nice view of the new city.  Some of the buildings rival those in Dubai- 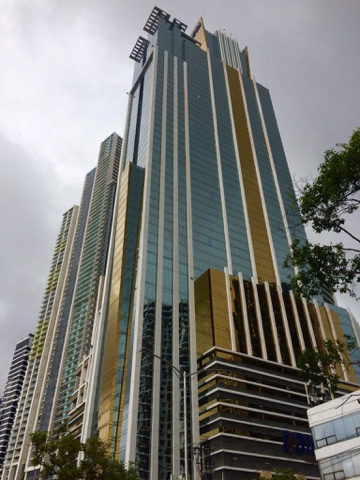 I hope to get a better picture of this sky scraper.  It's made out of green glass and looks like a giant Jenga tower- 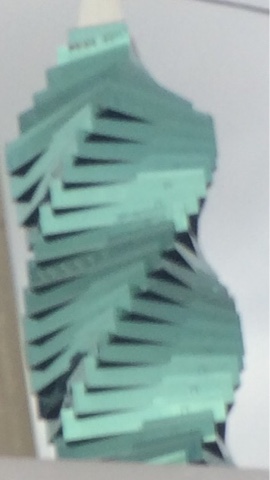 After getting settled in my dorm, I went walking.  Casco Viejo is either in ruins or restored.  Lots of work is being done.  Él Museo de Historian de Panama is closed and draped- 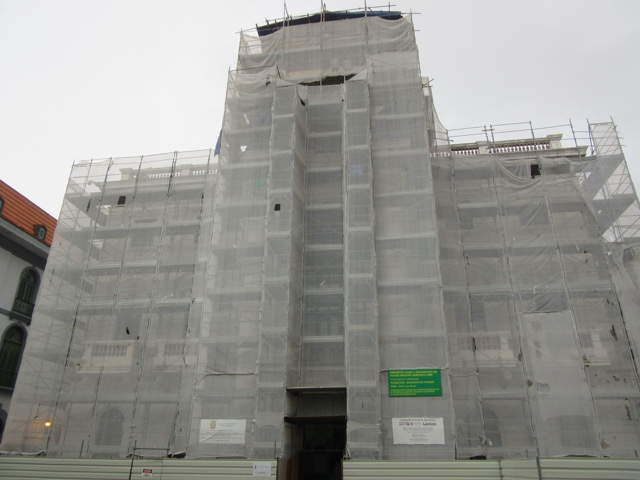 as is la Cathedral Metropolitana- 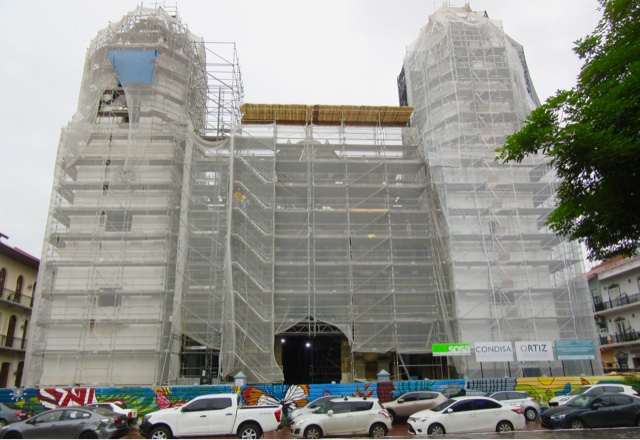 Only the walls remain- 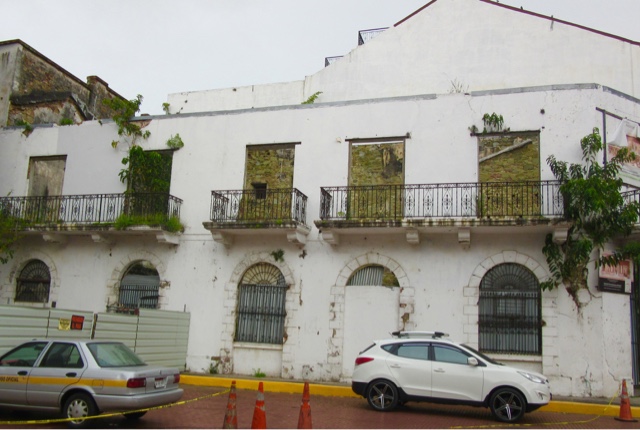 The interior has been completely gutted and once renewed, it will look something beautiful like- 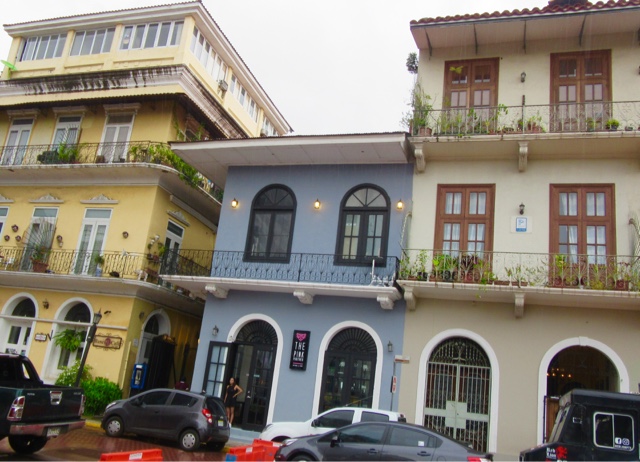 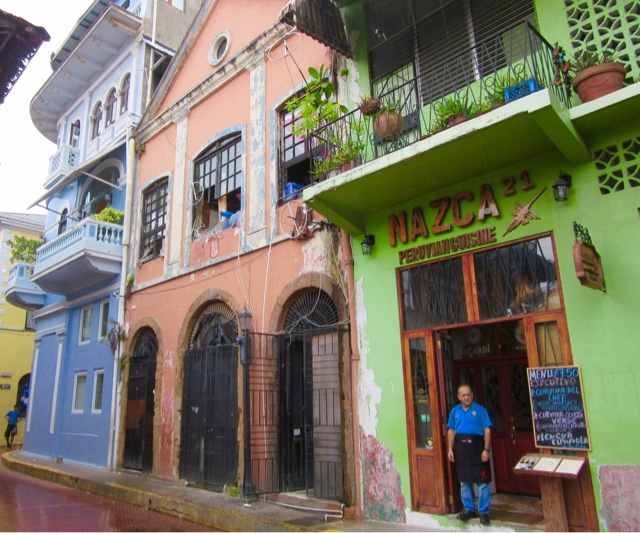 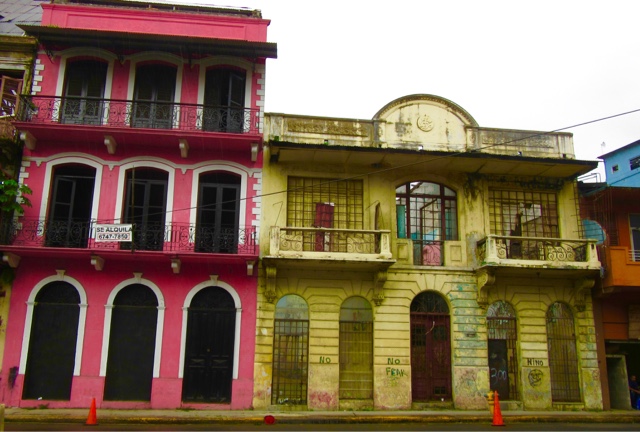 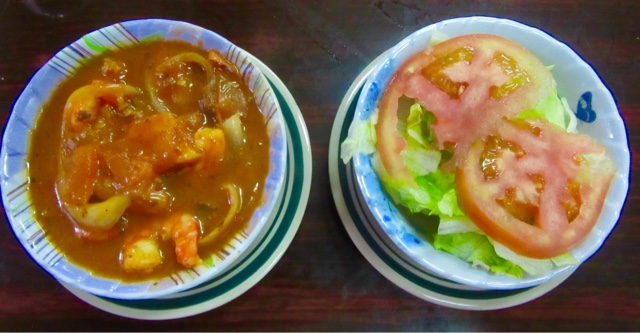 at the Coca Cola Cafe- 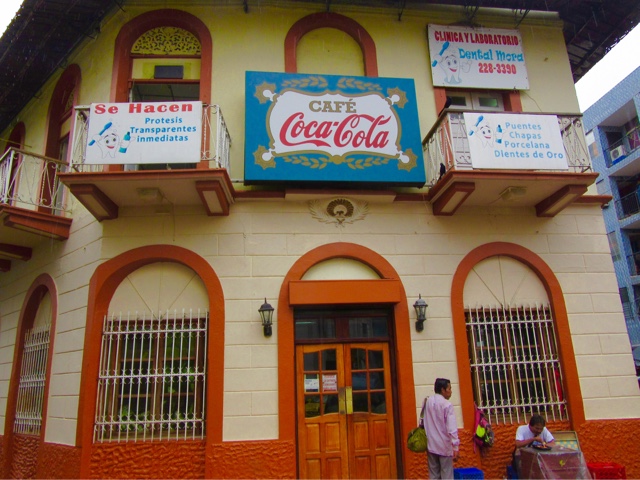 More walking led me to this human elevator- 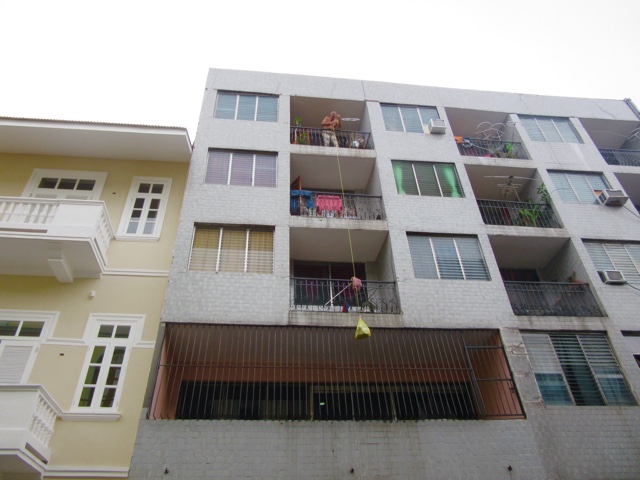 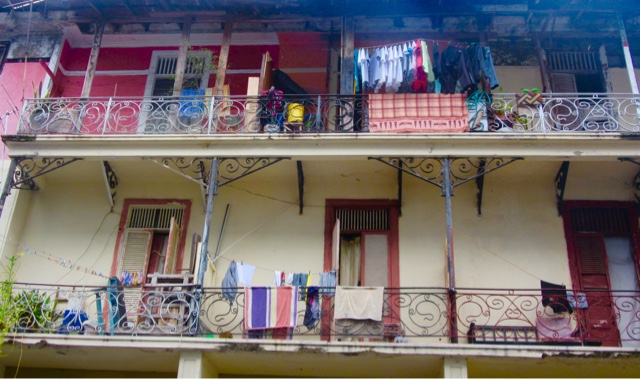 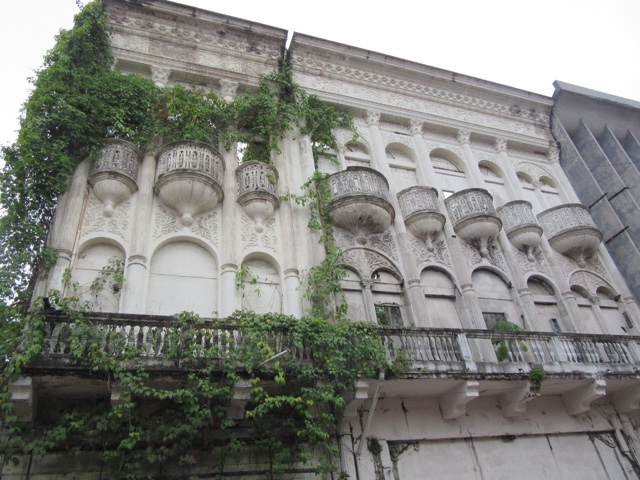 Not sure what tomorrow will bring - probably more exploring!
P.S. - 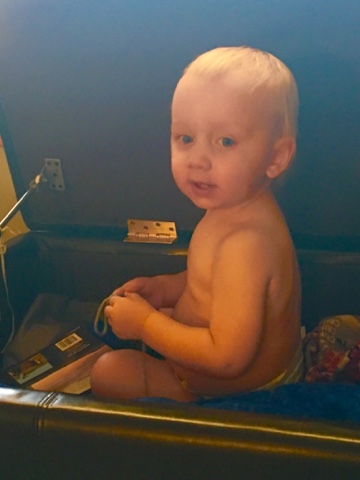