I left Morelia on the 10:45 Primera Plus bus which is so first class - upon entering, you get your choice of a sandwich or apple plus a drink.  The tv offers movies, music and games.  Along the way- 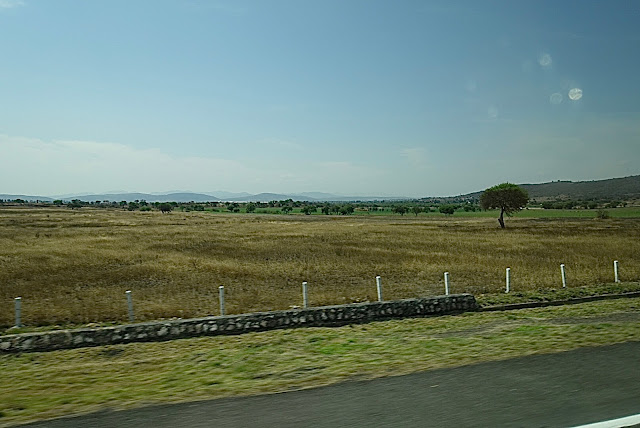 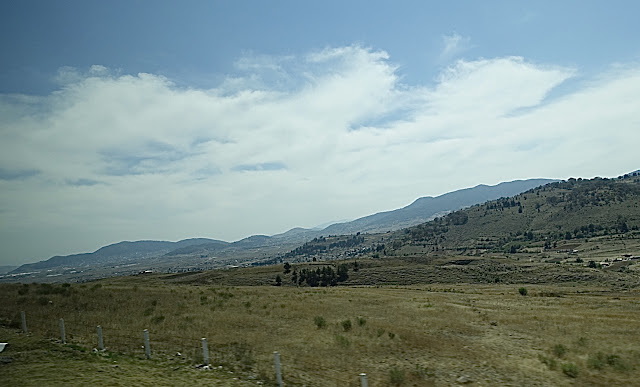 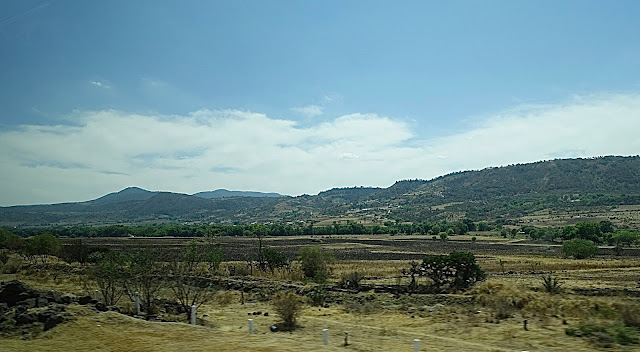 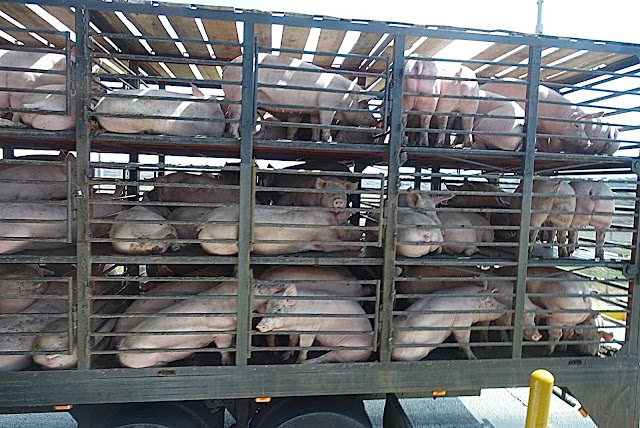 I was At my place by 4.  I have an ordinary room in a two bedroom apartment right on 5 de Mayo, two blocks from the Zócalo which is the main square.  I’m on the third floor and they have a sort of garden- 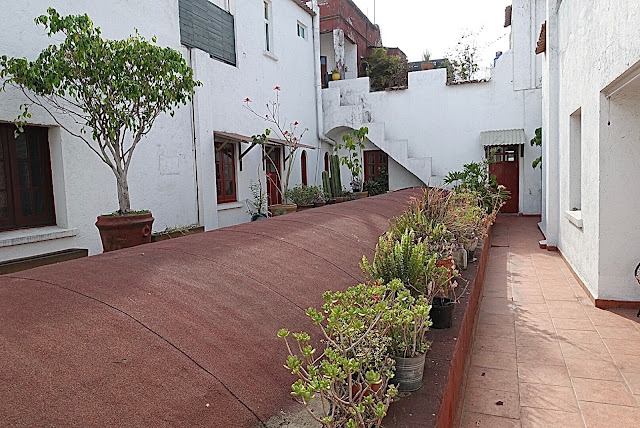 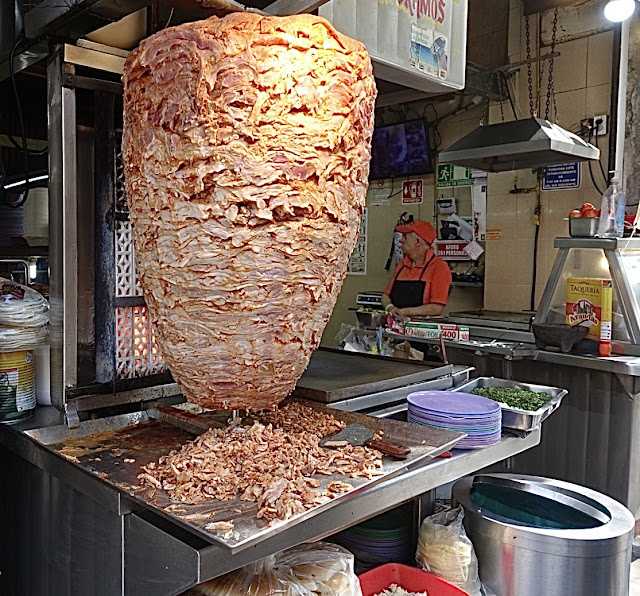 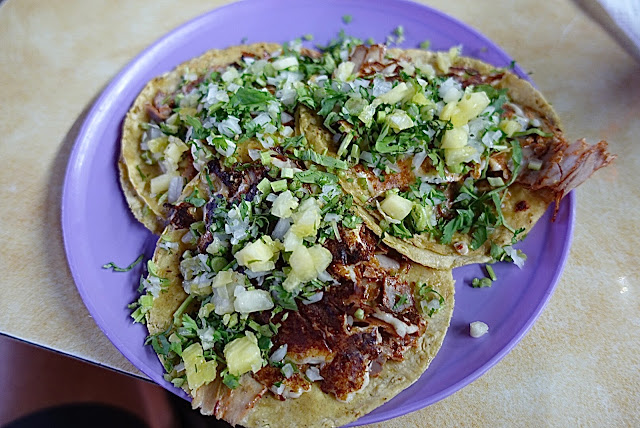 I went to the Zócalo which was filled with people selling stuff, always the same old stuff.  The Metropolitan Cathedral of the Assumption of the Most Blessed Virgin Mary into Heaven is the main attraction.  It took 250 years to build from 1573 to 1815.  It includes many architectural styles including Gothic, Baroque, Churrigueresque and Neoclassical.  It measures 59 metres (194 ft) wide by 128 metres (420 ft) long and Is 67 metres (220 ft) high to the tip of the towers- 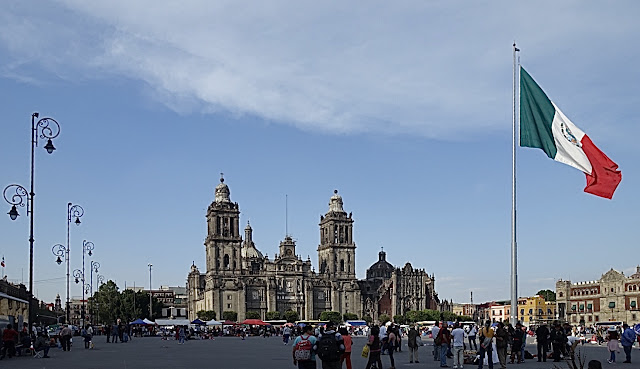 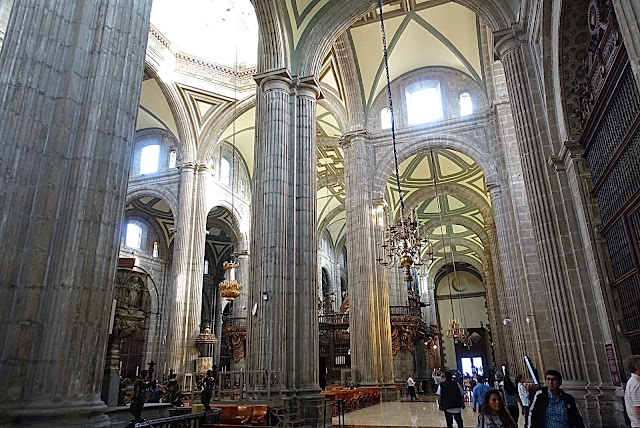 There are two main areas of worship rather than one gigantic hall.  The first altar- 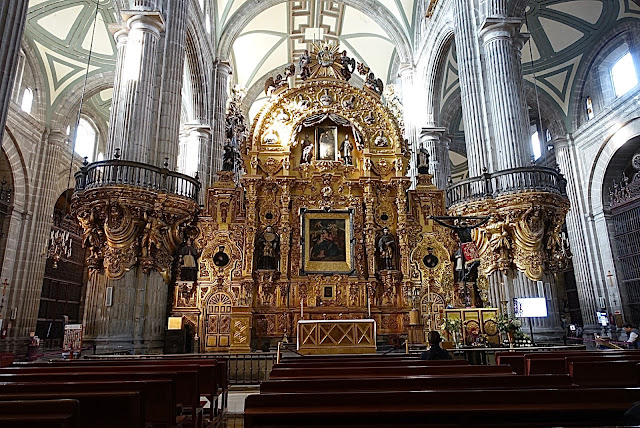 The organ and choir in between- 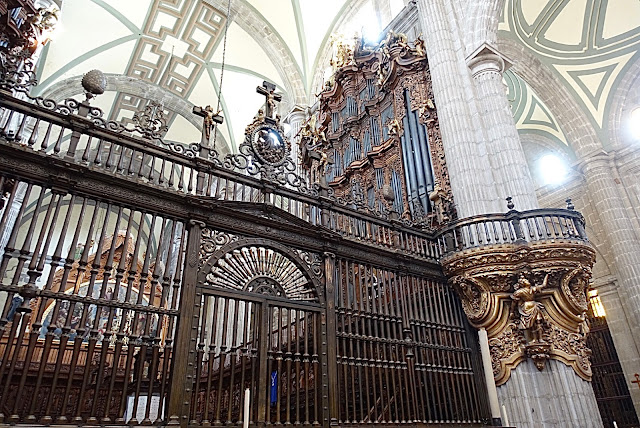 and the main altar- 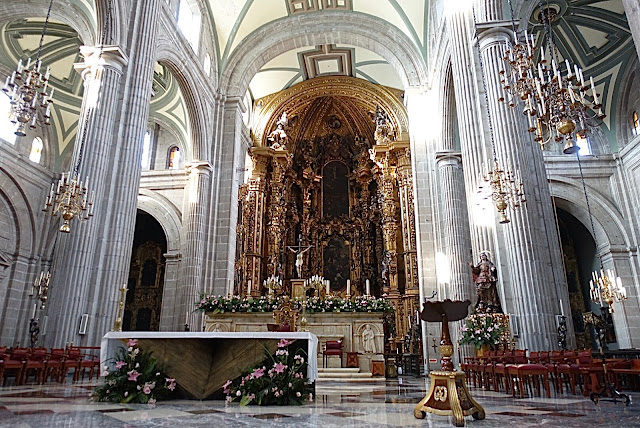 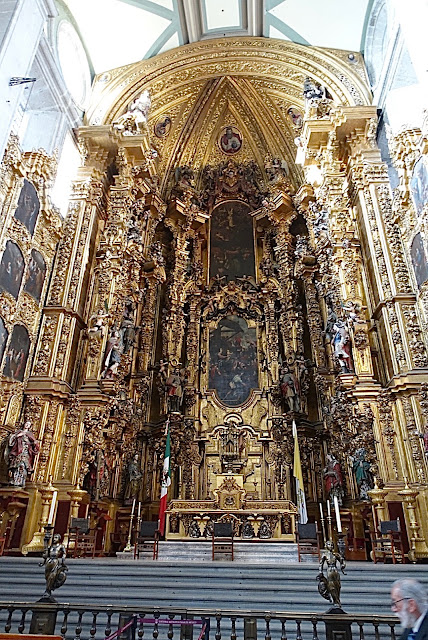 To the side is the sacristy, the oldest part of the cathedral.  It’s a mix of Renaissance and Gothic styles- 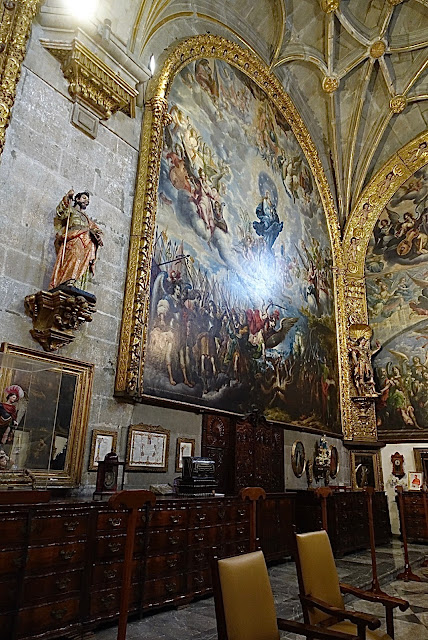 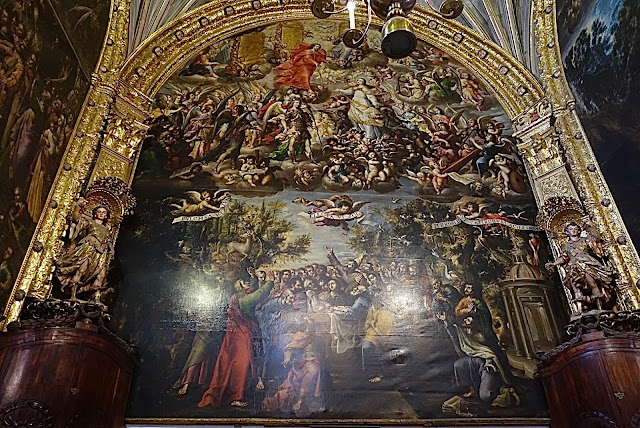 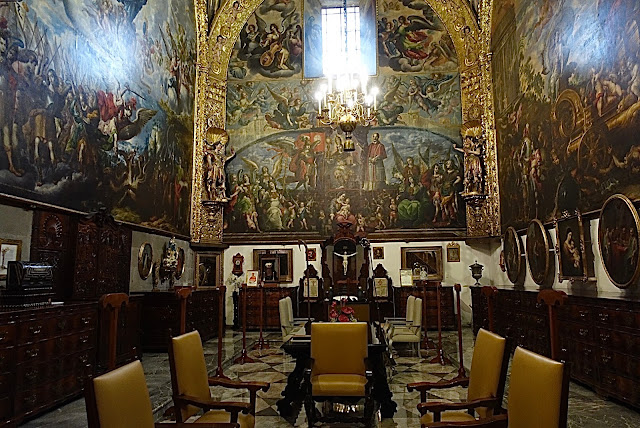 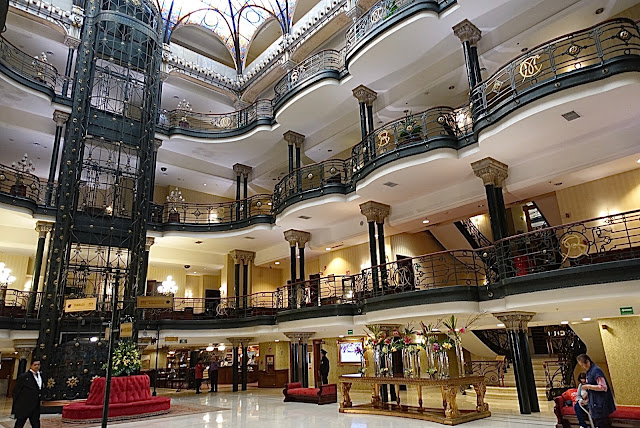 It has a doorman- 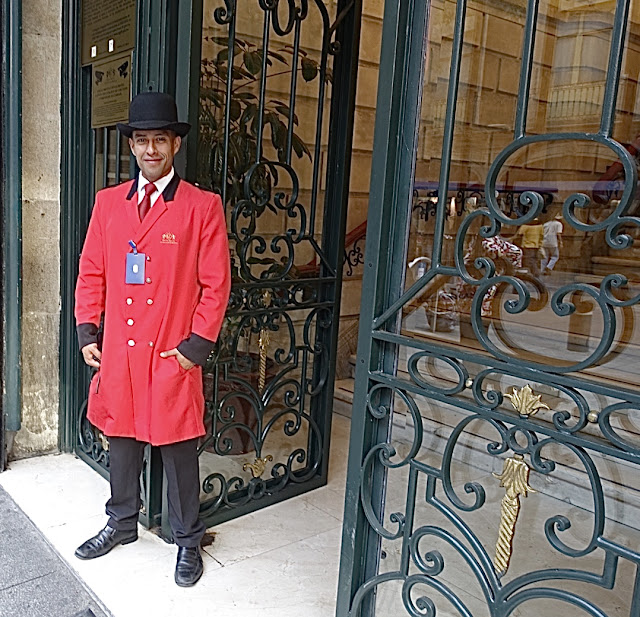 The Tiffany stained-glass ceiling was imported from France in 1908- 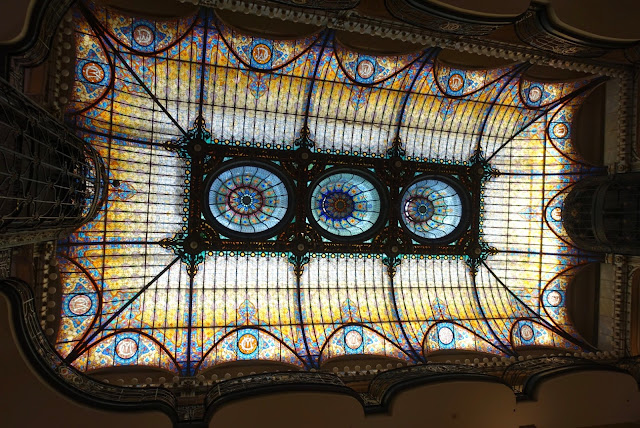 After, I wandered and figured out where to catch the bus Saturday morning to the airport - only about 4 blocks from my place.  Tomorrow I’m joining a walking tour at 11 and then heading to the Soumaya Museum.  I love Mexico City!