I was packed, thanks to Menu, and ready to go to the airport by 10 this morning.  My cab driver was very helpful in finding me a wheelchair and getting me to the front of the line.  However, when the check in girl realized I had 3 seats and no identification for the 2 empty ones, she disappeared to the office for a good half hour.  Eventually she returned and I was given 3 boarding passes- 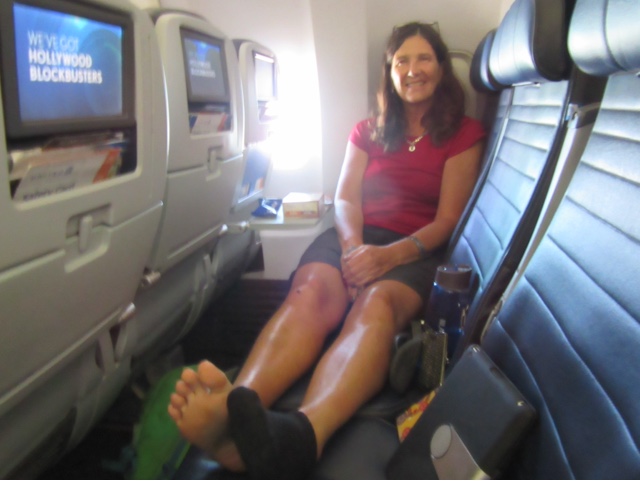 I was starving so ordered- 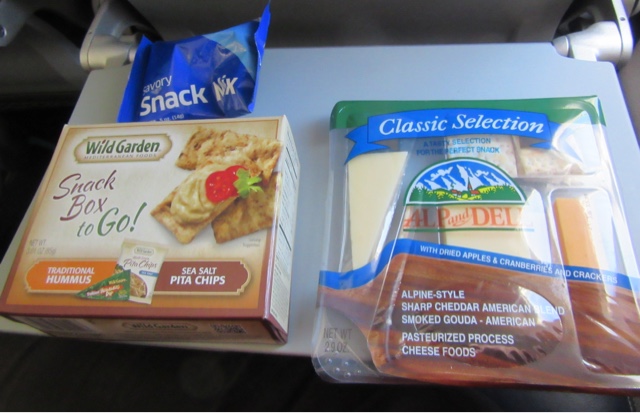 which just cost a smooth $10.71!  That's not bad considering wine was over $14!!  Oh well.  I put the trays down and elevated my foot.  Three waitresses came along and informed me that "people eat off those trays you know!"  To be honest, my foot was probably a lot cleaner than most people's hands.  The last one to tell me that then looked at my foot in horror and asked if anyone had offered me ice.  No I said, but she didn't return with any either!
While dealing with insurance, I was offered 2 flight itineraries.  The first was Roatan to Houston to Calgary to Saskatoon, arriving around 1 am, all with United.  The second was Roatan to Houston to Minneapolis to Saskatoon, arriving an hour earlier and travelling first class but with United and Delta.  I decided to go with the second choice to arrive an hour earlier, but also to travel first class.  Big mistake.  When you change airlines, you have to claim your luggage, find the new ticket counter and re-check in.  To further complicate things, I am relying on others to get me where I need to go.
Once in Houston, which by the way is a gigantic airport, the United people took me through the back way and in no time I was through customs and had my luggage.  That is one advantage to being in a wheel chair - no lines, or so I thought.  The girl who brought me this far claimed she couldn't go any further so she coerced another United worker to take me to the Delta terminal.  We rode the train from Terminal E all the way to Terminal A.  There was a huge crowd at the Delta counters and considering I had only 50 minutes until my plane left, I told the guy to take me right up to the front - that's supposed to be the privelege of being in a wheel chair.  There have to be some advantages let me tell you - it's not much fun, especially in the new chairs that don't have side wheels you can manoeuvre yourself.  So, we budged and the attendant said my flight wasn't leaving until 10 and I'd miss my connection in Minneapolis and to go to the service counter to rebook.  The United worker took me there and I had to tell him again to take me up to the front.  He parked me in about 10th place and said he was going to find a Delta worker to help me.  Well, he never came back!  And so I sat there and sat there and sat there.  I was wondering what would happen to me if I had to go to the bathroom - it was the weirdest feeling.  Finally I called a man in uniform over and had him move me right up to the counter where I sat and sat again.  Numerous flights had been cancelled and people were freaking out, however, the solo Delta service rep was smiling and doing her best to rebook the angry mob.  I had noticed a departure sign behind the counter but I was too lazy to put on my glasses and read it.  Finally I asked a man beside me what time it said the Minneapolis flight was leaving.  7:10.  What?  It was 6:45 and I was sitting there waiting for God knows what.  So I hopped to a counter, much to the horror of the woman already standing there who came running towards me with arms outstretched to catch me!  As I was getting my next 2 boarding passes, another man asked how I broke my foot.  I told him it was my heel and he started laughing, saying he and his friend are foot doctors and they were arguing over what was wrong with my foot.  I quickly pulled out my X-rays and they showed me again where the fracture is and pointed out a heel spur.  It was too funny.  Meanwhile, the service rep called a wheel chair pusher and I was on my way.  Arriving at the gate, we went directly on the plane where I sat in first class and immediately had a bourbon in my hand - reward for a lot of hopping and manoeuvring :)
First class is pretty much new territory for me.  I felt like a queen!  Supper is served with a table cloth on your tray- 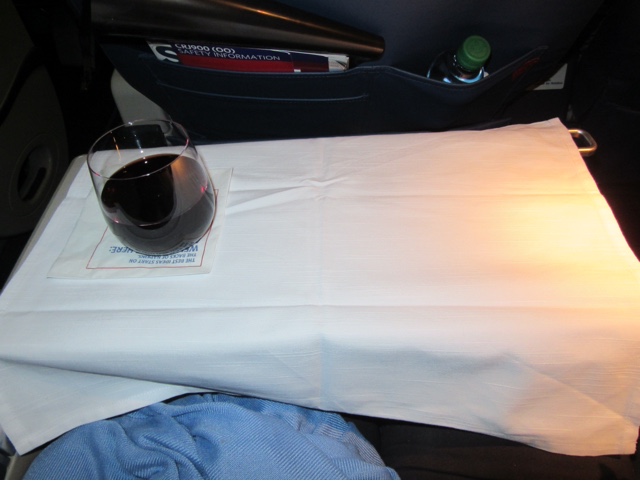 And the cutest salt and pepper shakers- 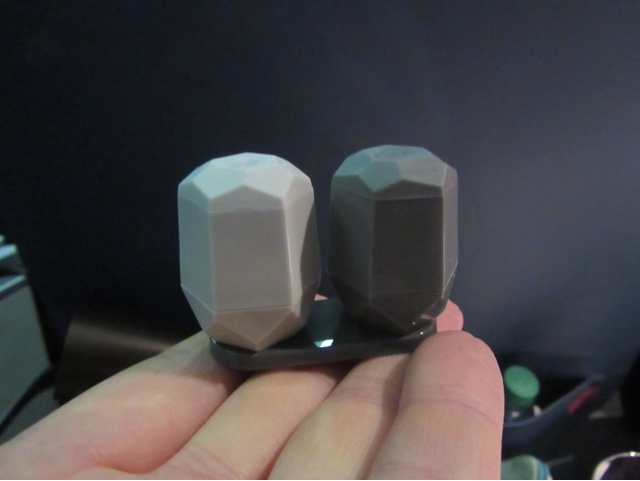 I should have stolen them!
Anyway, I arrived in Minneapolis only to learn the plane to Saskatoon had just left, so after being pushed around, driven around and waiting forever to get food and hotel vouchers, I'm in the Quality Inn by the Mall of America and will be flying at 1:20 pm tomorrow to Saskatoon!
It's such a different experience being in a wheel chair!  You can do so little on your own - the hotel shuttle driver had to get me from the sidewalk of the terminal to the van and I was just lucky to have caught his attention with my frantic waving.  I had to hop up into the van on a plastic stool and there were no handles.  I had to slither out on my bum once at the hotel.  Luckily they had a wheelchair with wheels that I can turn but the check in girl gave me a room at the very end of the hallway, and it's a long roll.  Now in my room, I'm back to hopping because the wheel chair is too big and bulky.  Unfortunately my right leg is very tired and my hops aren't getting off the floor!  I left my crutches in Roatan because they need them more than I do.  I have a new appreciation for people with mobility issues - it's NOT ANY FUN!!!!!! And we all need to be more aware and make an effort to offer our help. I 've had many offers and anyone will gladly help if you ask.
I'm in the best bed I've had since I left my own!  Good night!
at April 07, 2017