Jane and the kids drove me into Saskatoon after Jane’s work Monday.  After supper and a visit they went back to Edam. I am very lucky to have Jane and her two monkeys- 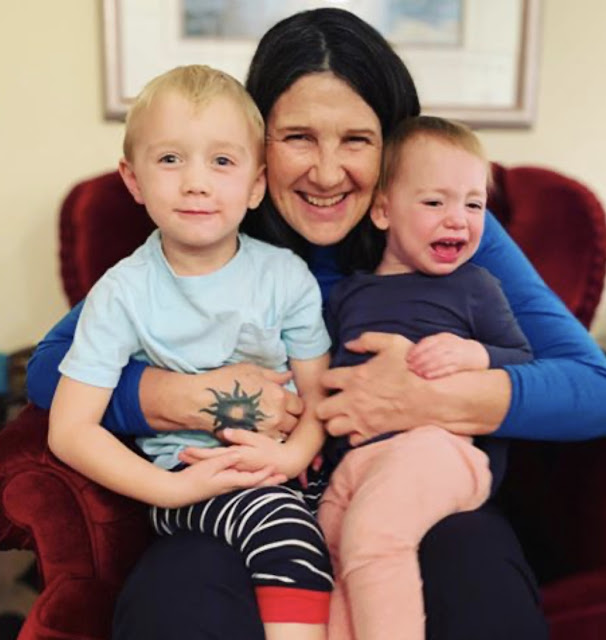 Andi was crying because Grandma Alli’s leaving - not!  Nico’s smug look says - finally getting rid of her!

It was -18 Celsius this morning when Dad drove me to the airport.  WTF I thought, glad I’m on my way!  I’m also very lucky to have Mom and Dad living in Saskatoon.  I get to visit them lots, spend nights with them and have personal delivery service!  The flight was fine - my seat partner is a psychologist for Alberta Health in Red Deer so we had a good discussion about addictions and responsibilities.  Just before we disembarked, the waitress suggested we not stop and talk to anyone in the airport!  I thought that was kind of funny but whatever.  Every plane in the universe must have arrived at the same time as us so there was quite a line up.  Eventually I was through the first part but then had to go through customs.  An elderly couple from Vancouver were both being pushed in wheelchairs and one of the lackeys just took off, leaving the other with the job of pushing two chairs as well as pulling a huge suitcase.  I can never understand why people think they need to bring huge suitcases on a 1 week trip.  Oh well says the woman who travels to sunny climes with one pair of shorts and two pairs of panties!  I was standing behind them so I started to push the gentleman’s chair because we were both heading the same way anyway.  I thought he realized what had happened but I guess not because while we were visiting he told me I spoke ‘very good English’.  I laughed and told him I hoped I did.  He still didn’t catch on until he finally turned around and realized I was Caucasian and not his initial wheelchair pusher.  We were directed to a separate line which took forever and then the customs official didn’t even take my card, nor did I tap on the green light, so hope when I try getting out of this country the light doesn’t flash red and sirens go off!

What a great airport!  There were free Margaritas everywhere and by the time I got out I was feeling loopy!  Welcome to Mexico!  And, I didn’t listen to the ‘warning’ and stopped to talk at a counter and ended up with a free cab ride to my hostel, a free massage, 30-50% off of activities- I’m not doing any, and an appointment to visit some Villas October 31 at 9:30.  I know it’s a timeshare but I’ve never done this before so thought it would be interesting to see how ‘others’ spend their vacations.  And speaking of that, my room is..... okay.  There is a fan - thank God, a bunk bed and a huge open window to a very noisy street.  Oh well.  I’m only here 5 days.

After getting checked in, I went walking - looking for cambio and a small kettle.  I’m close to the Malecon and found a booth with a guide to- I was very excited to see such a detailed and busy schedule and so many of the activities are very close to where I’m staying. This is the main reason why I wanted to be here at this time of year.  It will be interesting to see how these celebrations compare to those in Guatemala.  That’s going to be hard to beat.

Jane also finally bought flights for her and the kids to come here January 15-29 so I’m looking for an acceptable place for us during that time.  I’m also looking at Air BNBs for me in case I decide to stay here awhile.  With Jane coming in January, it changes my plan for now until then.  I won’t end up going to Mexico City, but after the Copper Canyon train ride to Chihuahua, I’ll return south through villages, Leon and Guadalajara.  That’s all fine too.

This was the funniest thing I saw on a t-shirt- 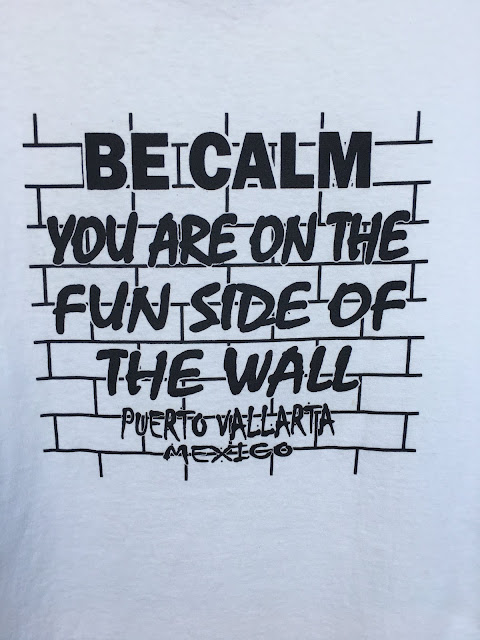 I also visited Ley, which is a mini Walmart and bought a 1 litre kettle.  I’m not sure if I’m going to really need it but I have it now.  Of course I have my French press along and enough coffee to hopefully last a month. 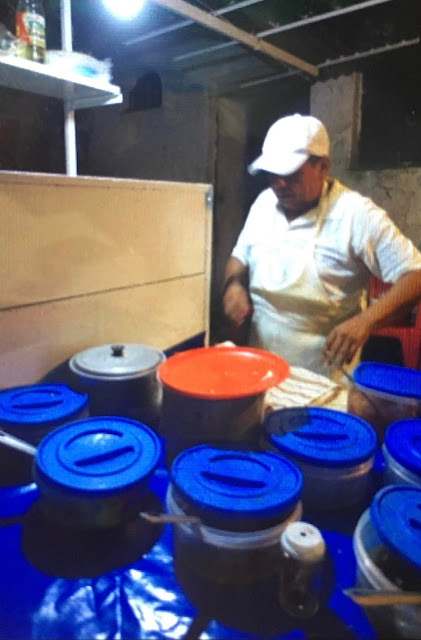 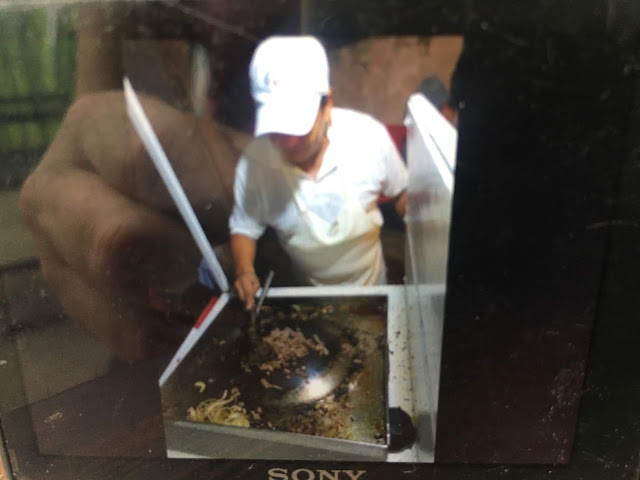 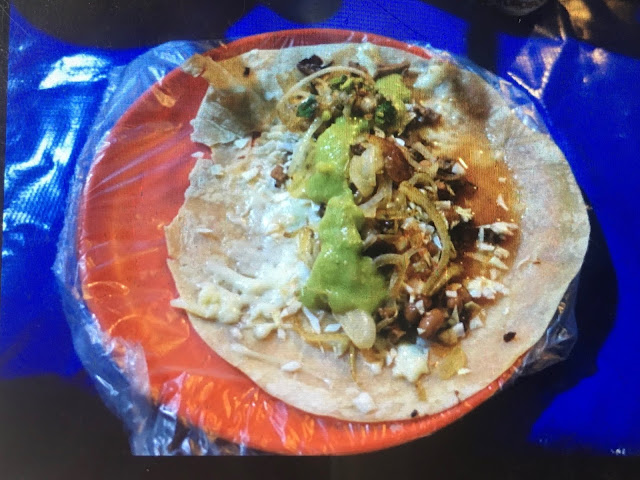 Tomorrow will be a walking around discovery day of PV in the warm beautiful sunshine!