I had a horrible sleep - too much noise coming in my window yet I didn’t want to shut it - (how much noise can one flimsy pane of glass stop anyway) and cook to death.  Hopefully tonight is better.

After a slow morning, I went exploring.  My goal today was to familiarize myself with PV and maybe find a place for when Jane etc. comes.  My first stop was the Sheraton Bougainvillaea, a very nice looking hotel but out of my price range.  I kept walking and eventually hopped on a bus which took me to Galleria, a shopping mall next to Walmart where celebrations for Dia de Muertos are in full swing with stores making displays- 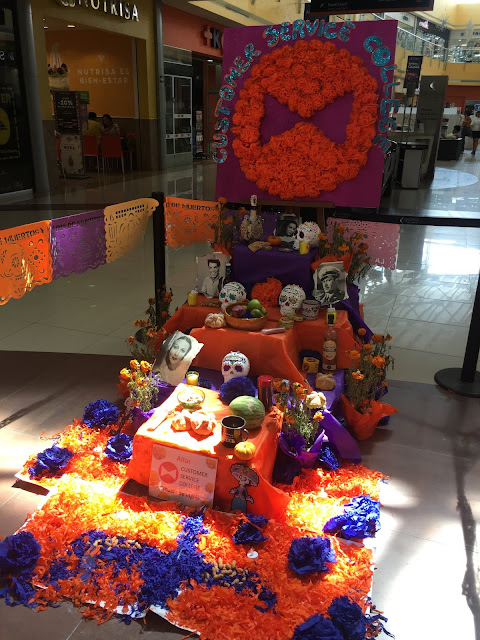 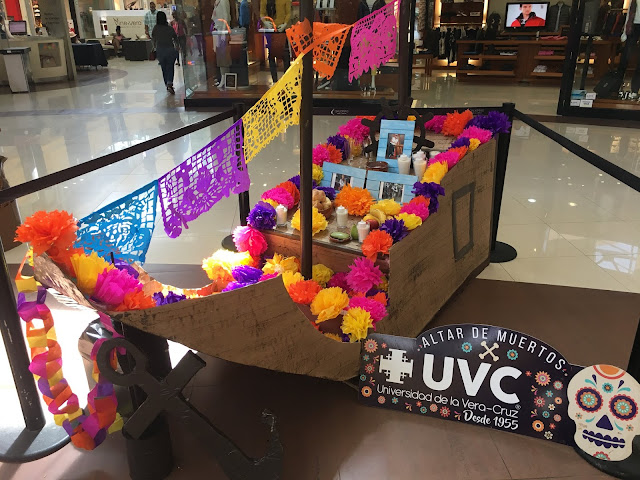 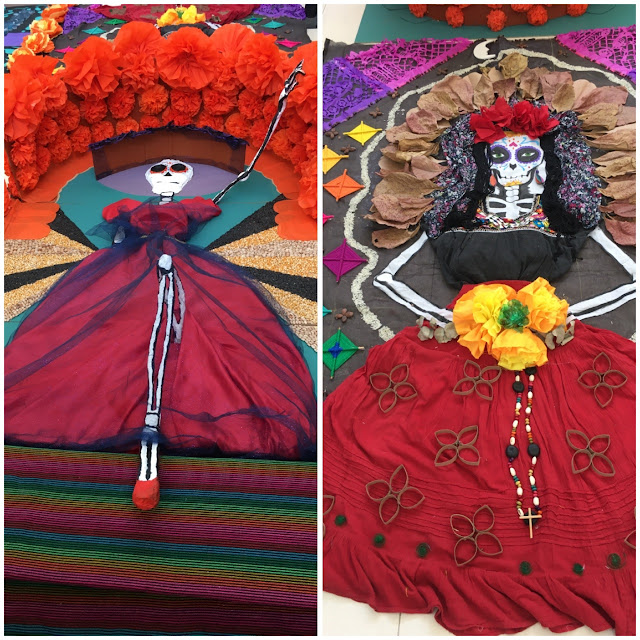 It’s a voting competition.  They are also prepared for Navidad- 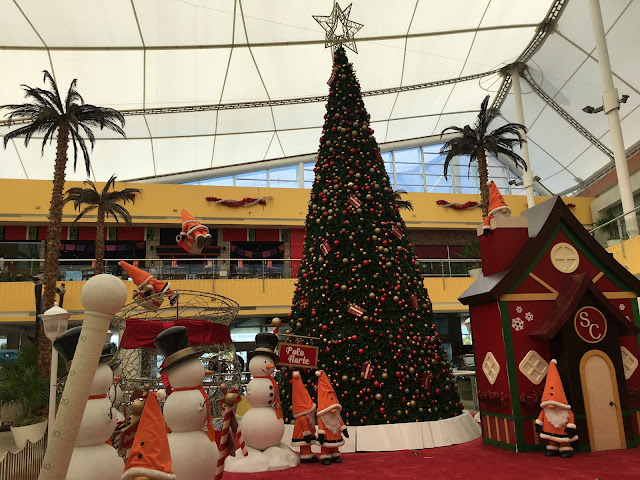 Tuesday and Wednesday the monsters arrive and they are conveniently parked across from the mall.  As if people need to buy more stuff- 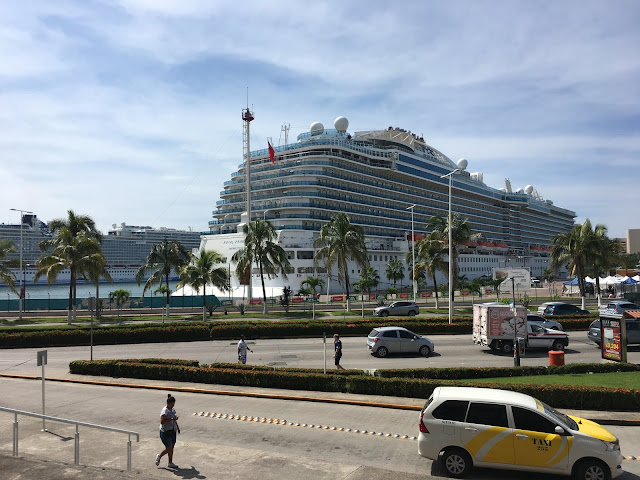 There were two of them with about 9000 invaders loose on the streets and shopping.  Why on earth would you go on a cruise, dock in PV and go to the mall and/or Walmart?  While in Walmart, where i was looking for a cheap coffee mug, I was talking to a guy who sells tours and he said that he often has to help the cashiers sort out complaints from the cruisers.  It keeps him busy.

I carried on via bus to the Marina part of town but didn’t see much, except it was shift change so the workers, all wearing their resort attire, were getting on the bus to go home.

I ended up back in the Romantica Zone, which is where I’m staying and walked along the Malecon  Because of Dia de Muertos, there were many Catrinas- 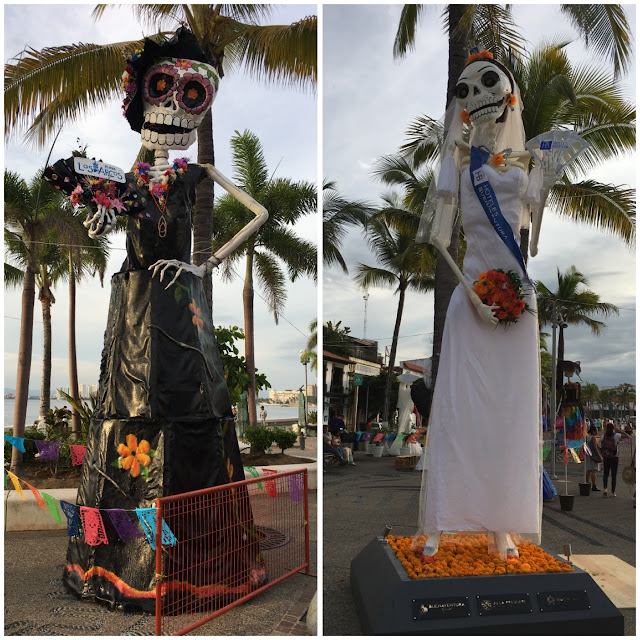 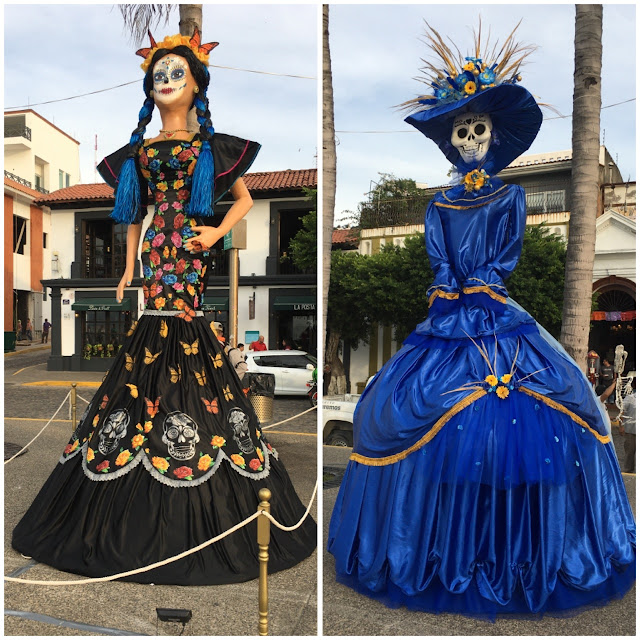 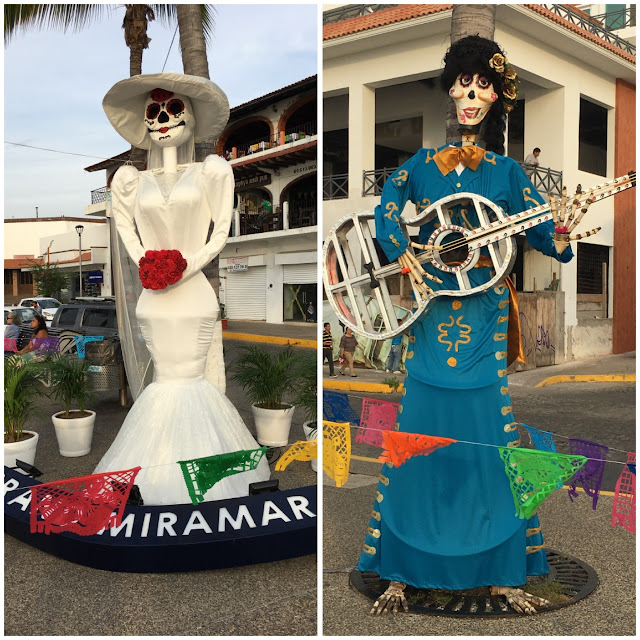 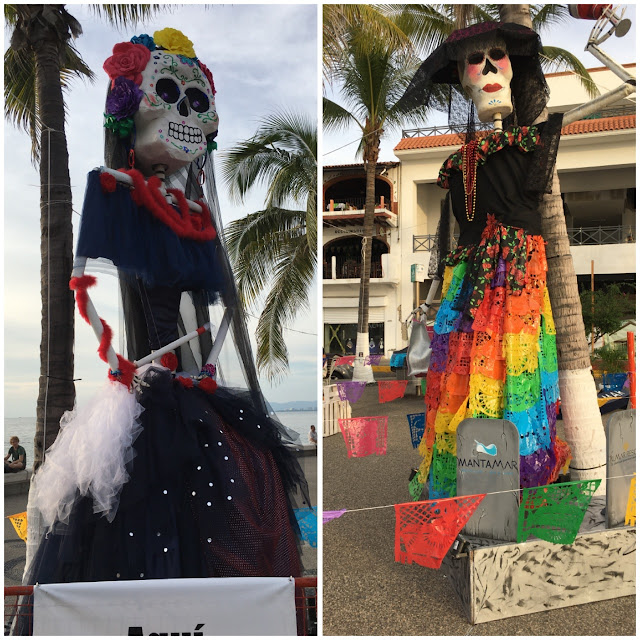 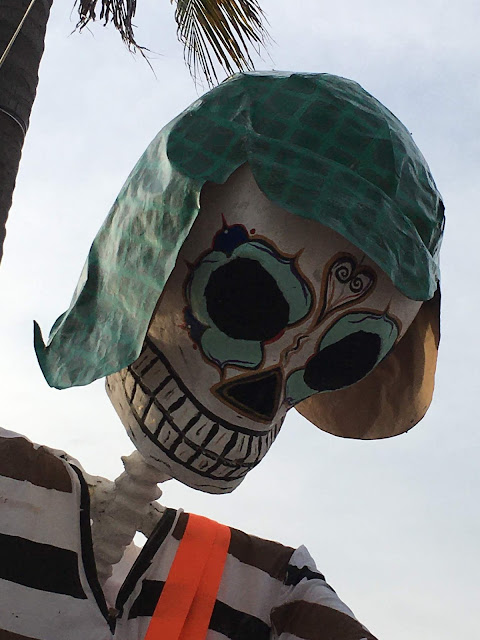 I stopped for a $1 margarita and spent an hour or so visiting with a woman who is a tour seller but working ‘undercover’ at the restaurant. She wears a restaurant uniform but spends her time trying to get people to visit hotels.  She gave me some hints about my appointment tomorrow and the most interesting is that I should ask to be paid anywhere from 2000 to 3000 pesos just for attending!  She said where she works, they offer flights and a free week accommodation as a thank you gift.  And, don’t ask any questions.  Just sit there, nod and once it’s over, get the hell out! 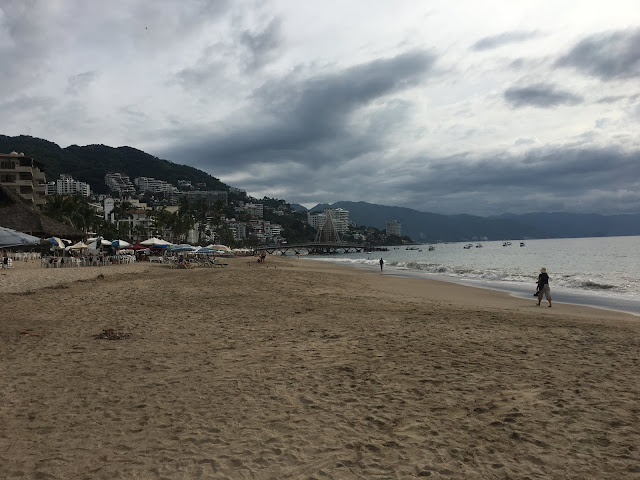 there are many statues along the Malecon- 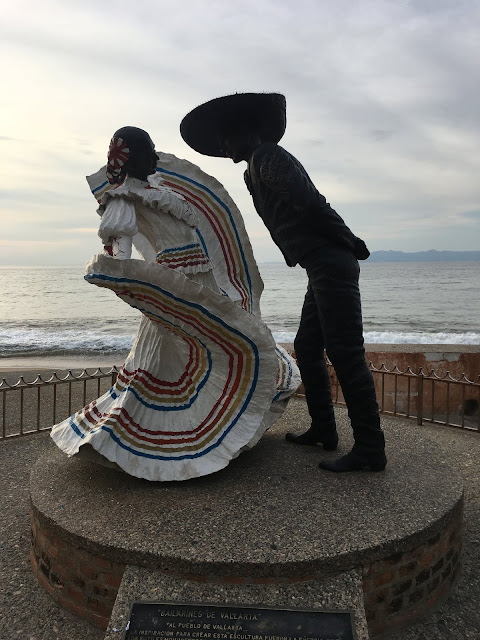 and when I went to have a look at one of a man playing chess, he started moving!  He was alive - painted a bronzie colour!  I jumped and shrieked - he laughed.

I enjoyed another taco on the street for 90 cents- 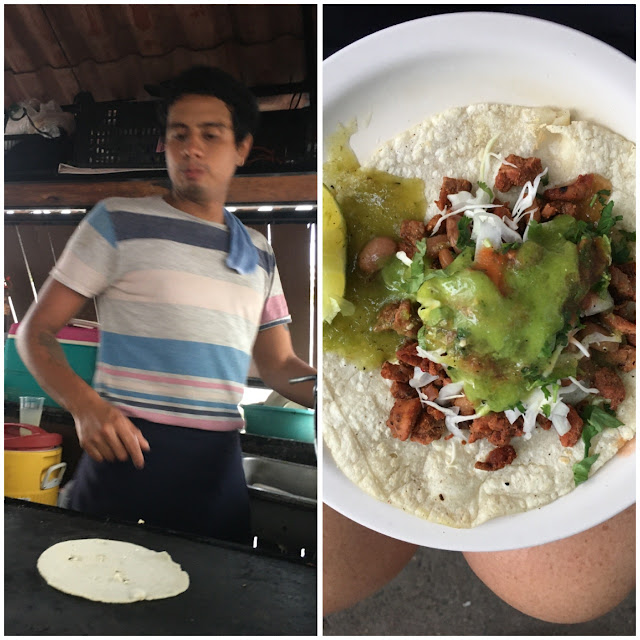 then headed back to my hostel past awesome street art- 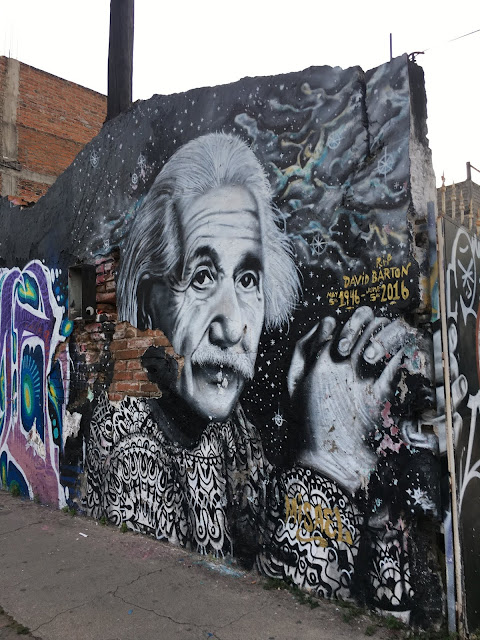 I had a good day and am looking forward to a quiet night!