I had an okay sleep and by 9 am, maybe 9:30, was on the road.  I plan to do 50 km/day to get to Santiago in 10 days but after today, I have my doubts.  Burgos is in the bottom left corner and I went to the 4th town Frómista - 67.5 km.  Holy shit it was a big day and the worst is that I'm travelling through the mesita which means small plateau.  It's prairie with over 1 km high rises in elevation so that is not really prairie to me-  I could be in for some long and difficult days- 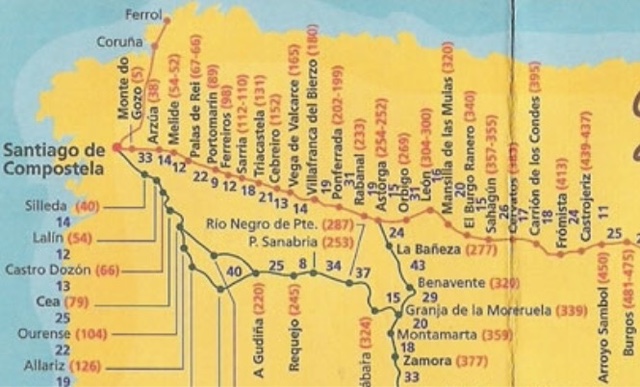 Leaving the hostel with a smile, not having a fricking clue what I was in for- 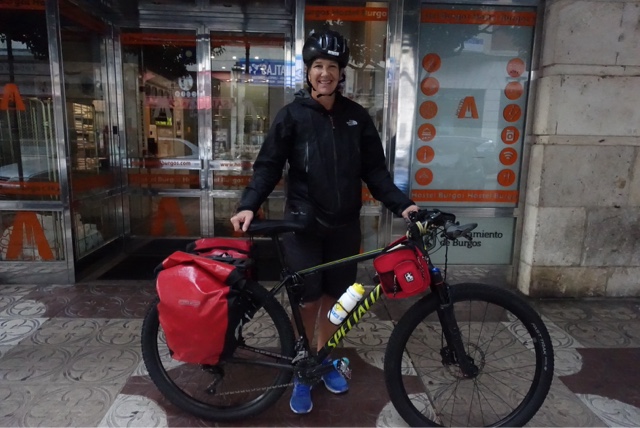 Because I arrived so late last night, I only saw Burgos this morning.  The old city is walled- 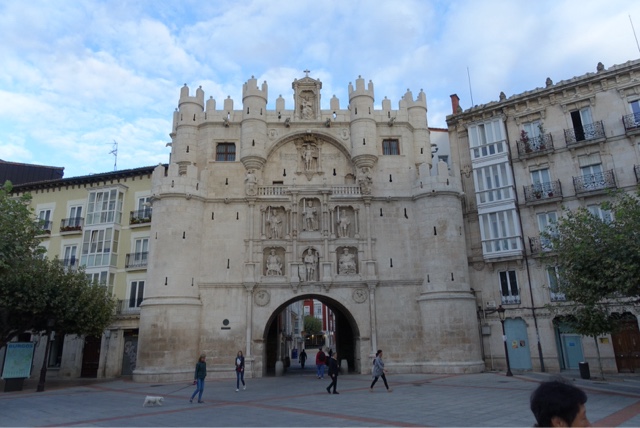 Inside is the Burgos Cathedral.  It was closed so I wasn't able to go inside but it looks pretty gothic and gigantic- 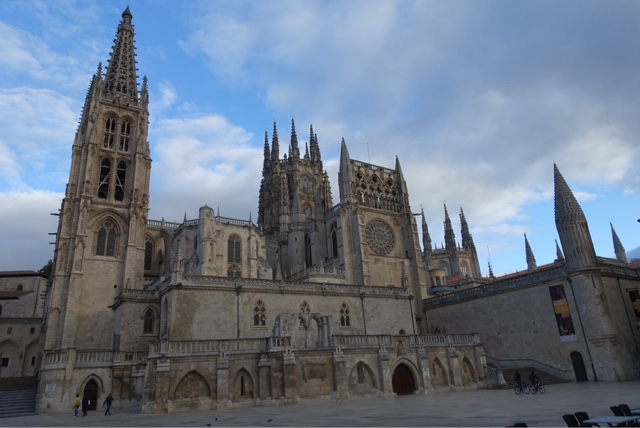 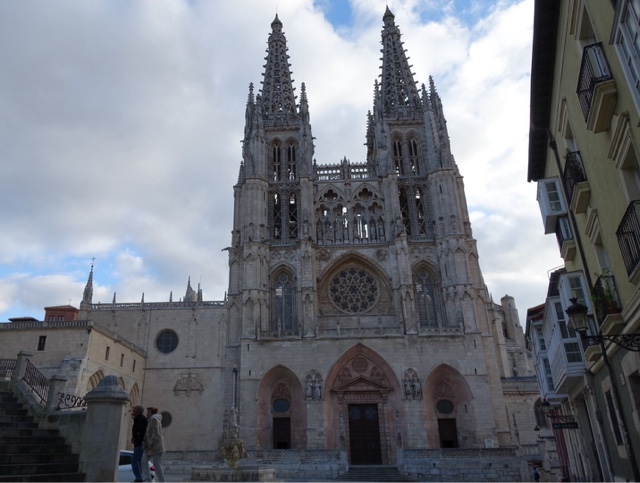 The route started on pavement in the city.  I liked that but soon was on rocky roads.  There are a lot of elderberry growing wild in the ditches- 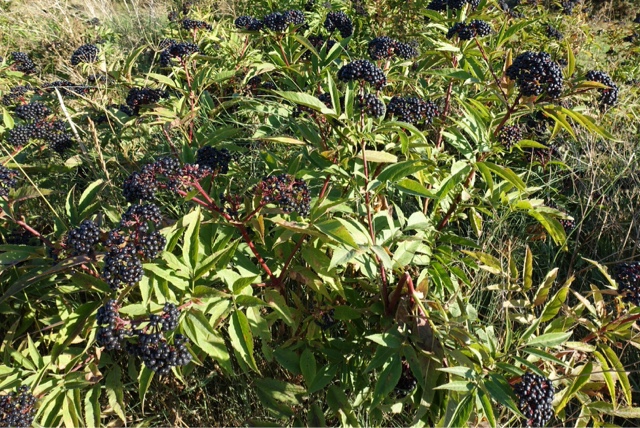 There are a lot of markers along the way, helping we poor suckers find our way- 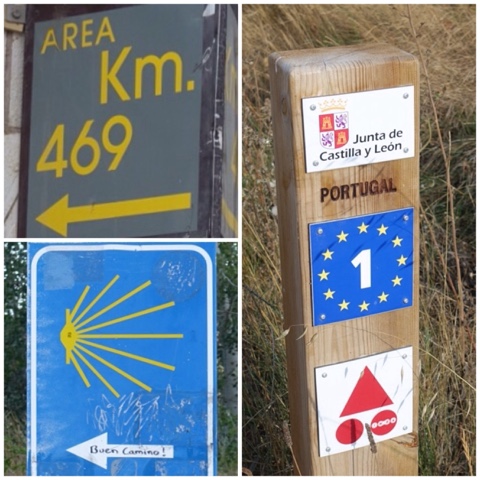 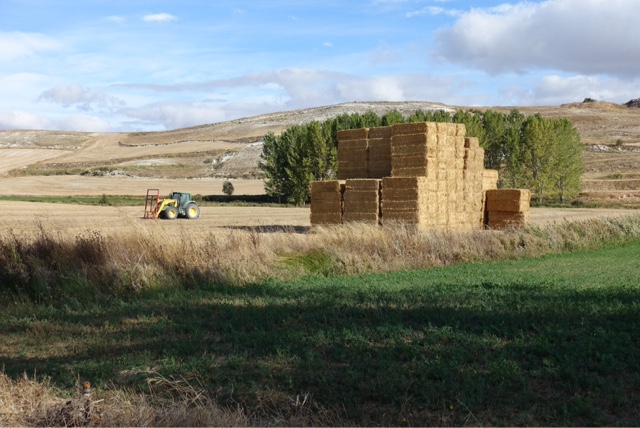 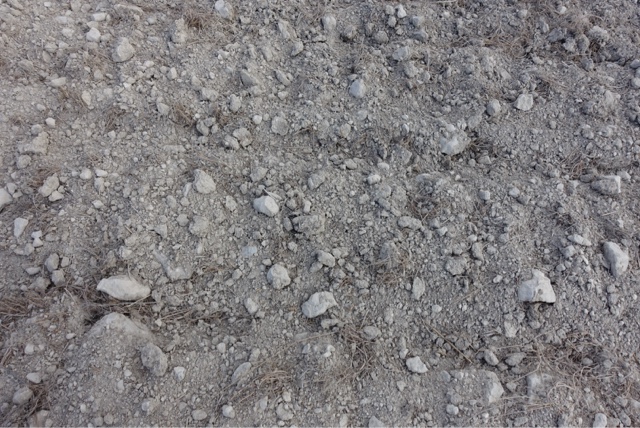 It was a hard climb up this hill.  The path is rocky and sometimes rutted.  I've had to walk up and down hills a few times, pushing my bike.  Believe it or not, the walking feels really good because I'm using different muscles- 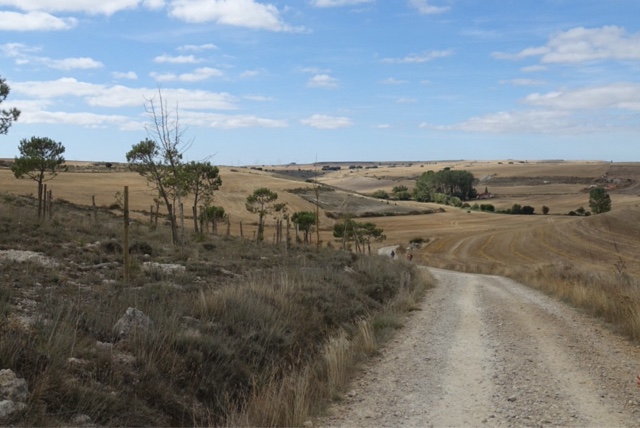 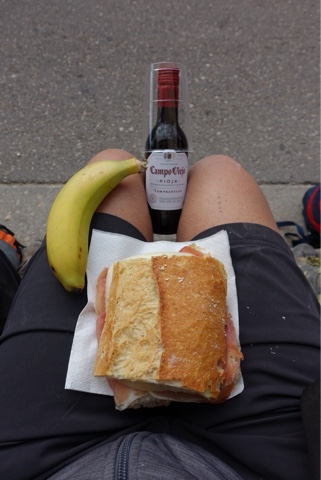 I stopped at a church in Hontanas- 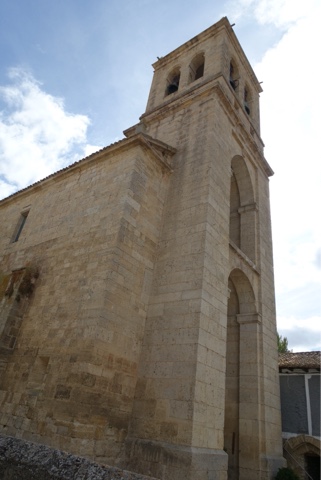 Incense was burning and music was playing.  Most churches along the way are set up for we pilgrims.  The cross is a Patriarchal Cross which has been used since the XII century as a distinctive sign of patriarchs and archbishops.  It's a vertical line crossed by 2 vertical bars.  Here one could also light candles and read the Bible which was available in numerous languages- 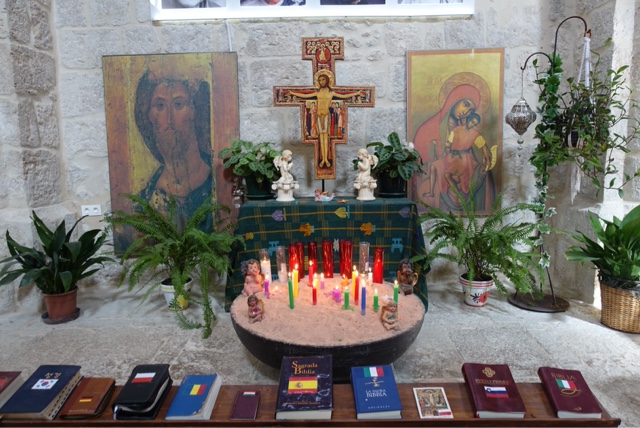 Next along the way was the San Anton Convent, begun in 1146 by King Alfonso VII to welcome pilgrims and treat them for "Fire of San Anton" which was a prevalent disease during the Middle Ages.  They used the Cross of Tau as a sign of protection against evil on the way.  Today it's an alberque- 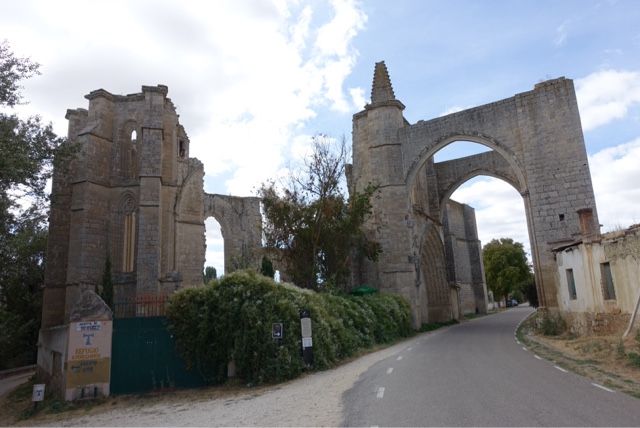 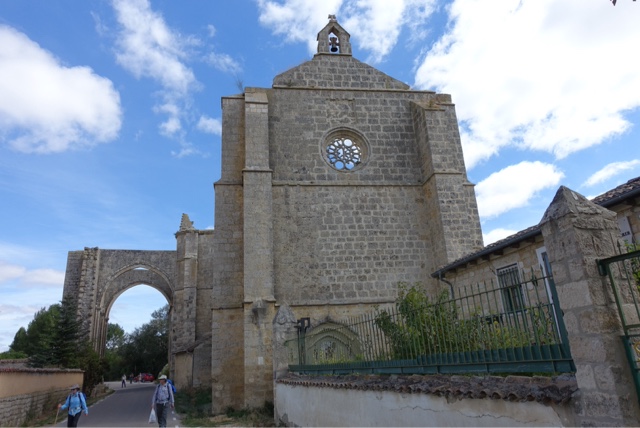 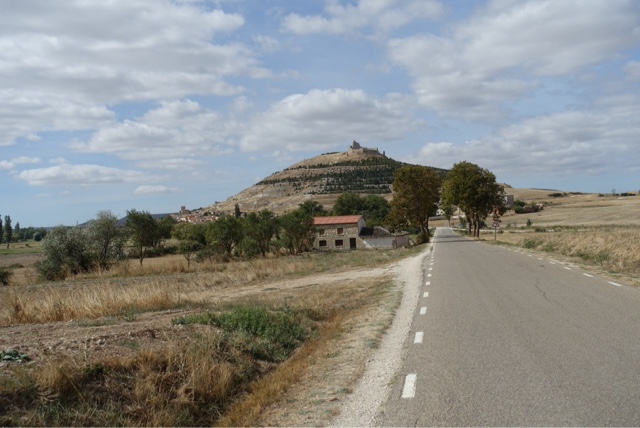 Their church is beautiful- 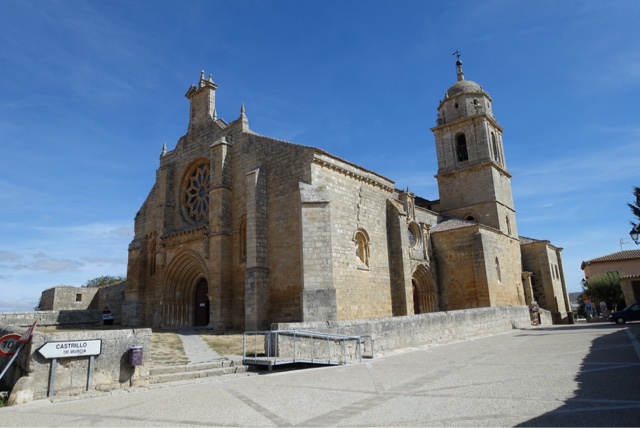 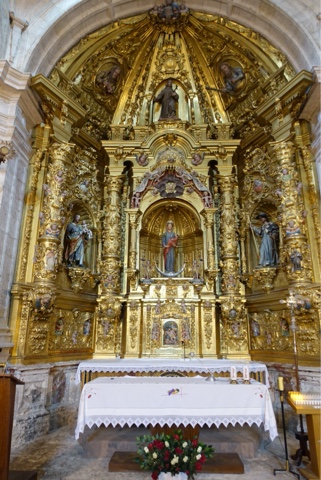 The side altars are made of wood- 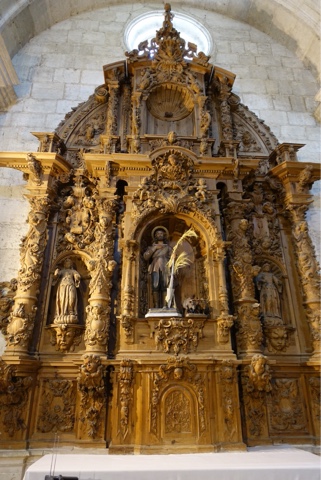 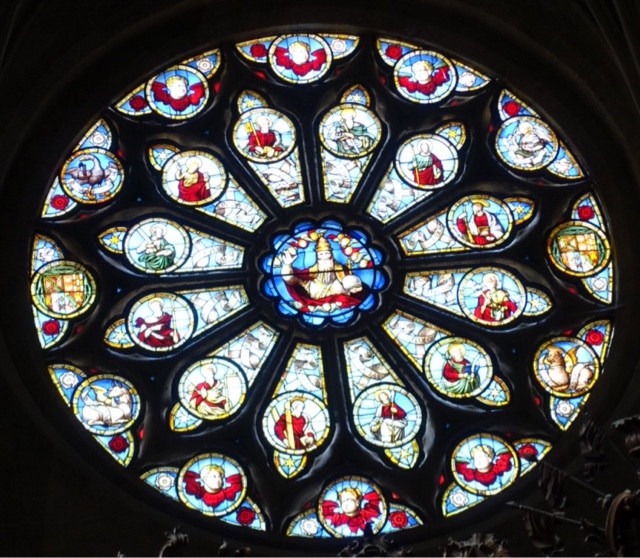 Then we hit Alto de Mostelares.  It was a little over 1 km up at a grade of 12%.  I pushed my bike all the way and it was nasty- 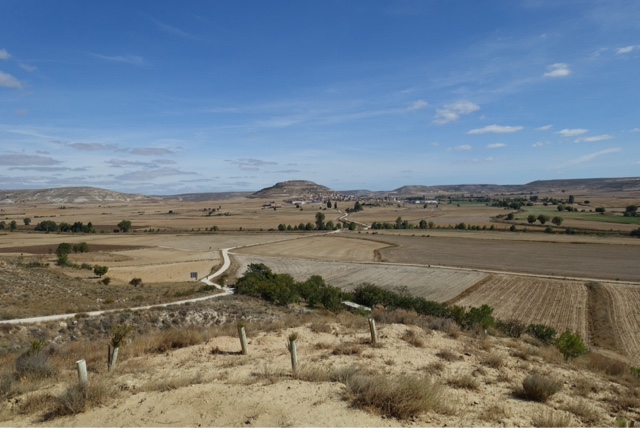 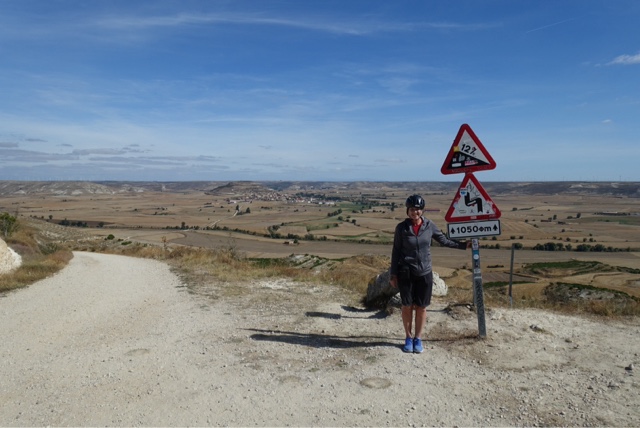 Going down was an 18% grade but a  cement road so I could ride down.
Part of the camino experience is meeting people and I spent the afternoon with Chris from Burnaby.  He's an experienced biker so I learned about the gears on my bike.  We're booked into an albergue municipal in Frómista for $13.50 for the night.  The doors close at 9:30 and we have to be out by 8 tomorrow so I'm hoping for a good sleep.  I'm so exhausted that shouldn't be a problem and there are only 8 of us in the room so hopefully it will be quiet- 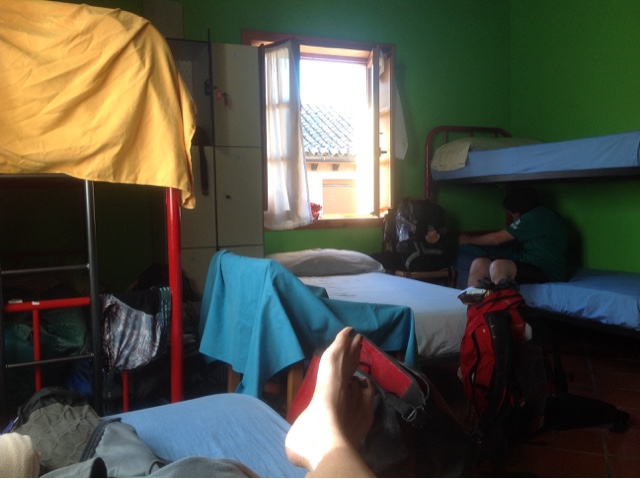 Not sure if I'm looking forward to tomorrow or not.  Hope I'm not too stiff come morning!
at September 30, 2018