I had my blog ready to post last night and then poof, it was gone!  I hate that - so much work!  So I will try again.
After a poor sleep, I'm not sure if it's jet lag or what but I was asleep by 10:30 and then awoken when someone moved in at 11:15.  The last time I looked at the time it was 2:15 so I woke up pretty tired.  Eventually I got moving and my first stop was back at Puerto Del Sol which is the main square.  It's packed from morning until late in the evening.  King Carlos III sits on his horse- 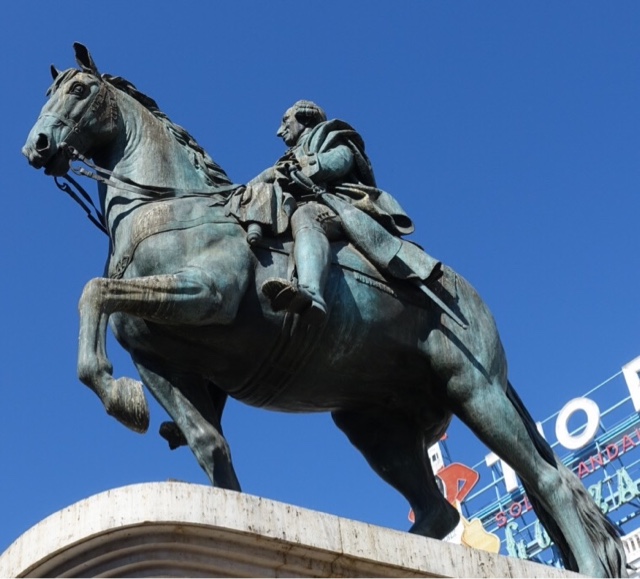 I decided to check out Retiro Park and walked along Gran Via which is Madrid's "Broadway".  The buildings have Art Nouveau and Art Deco facades and are gorgeous- 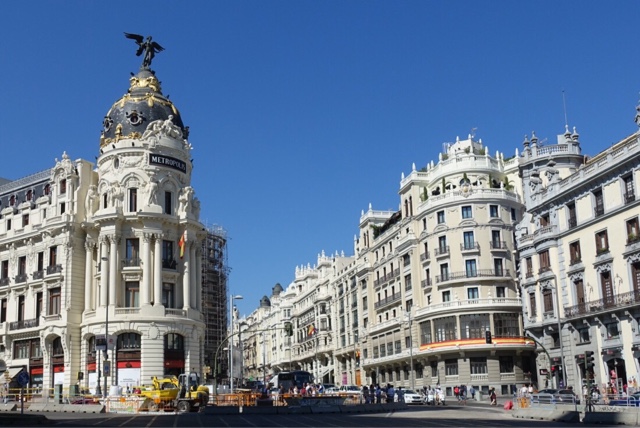 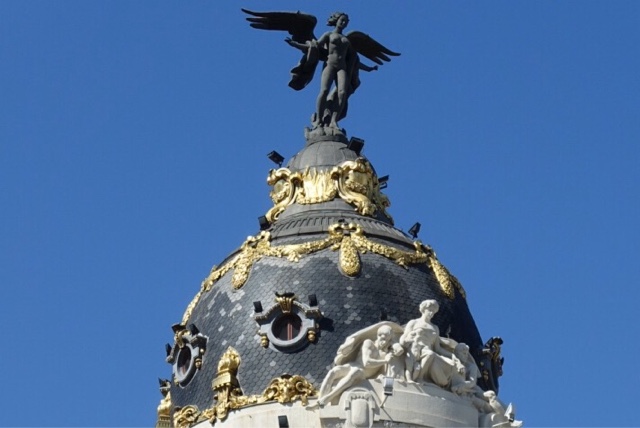 A block further down the street is the Fuente de Cibeles, built in 1782.  It depicts the Roman goddess of fertility and agriculture Cibeles sitting on a chariot drawn by 2 lions, the mythological creatures Hippomenes and Atalanta- 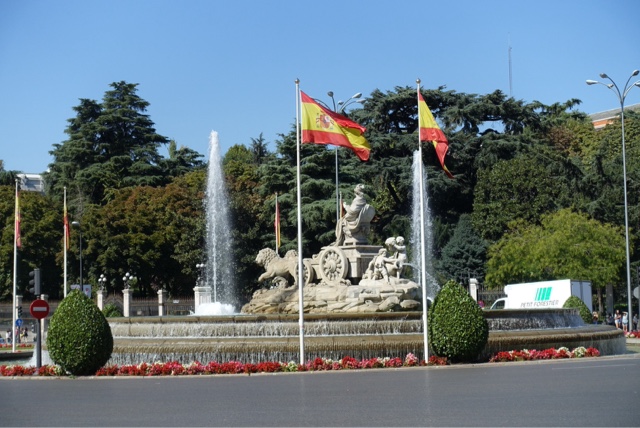 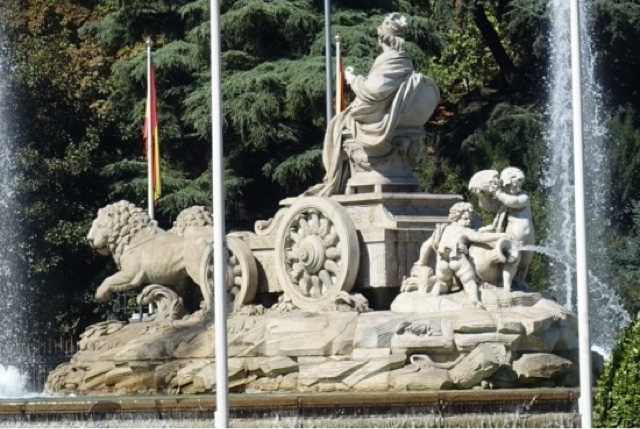 Another block down the street is La Puerta de Alcalá which is a neo classical monument found in the Plaza de la Independencia.  It's the first modern post Roman triumphal arch built in Europe dating from 1778- 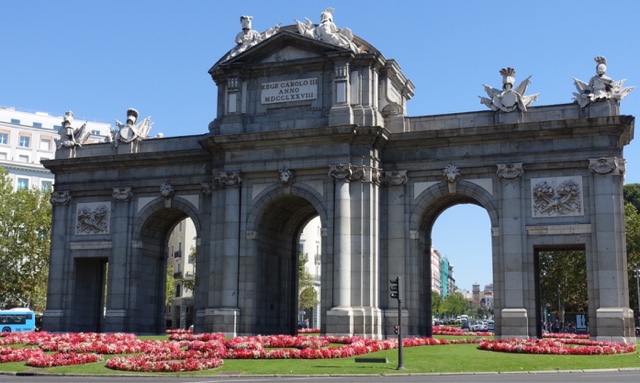 Next to it is Parque El Retiro which is gigantic and a great place to hang out on a weekend, at least that's where most of Madrid seemed to be.  It's 320 acres and there are more than 15,000 trees.  There's an artificial lake where one can rent a boat and paddle around- 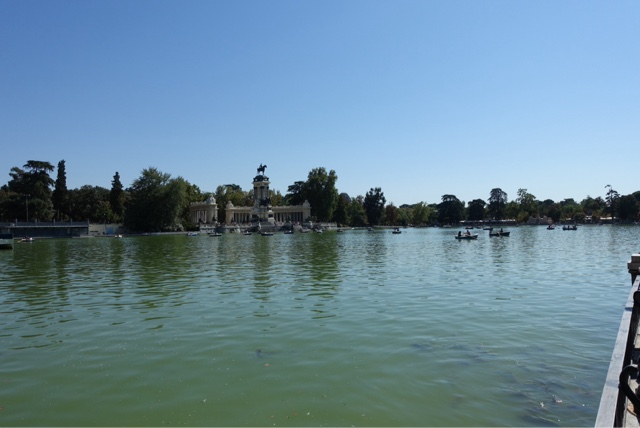 A monument to Alfonoso XII sits beside the lake- 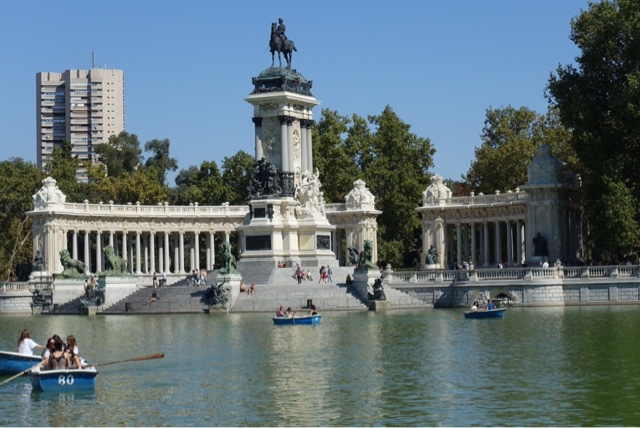 Every weekend there's a puppet show for the kids- 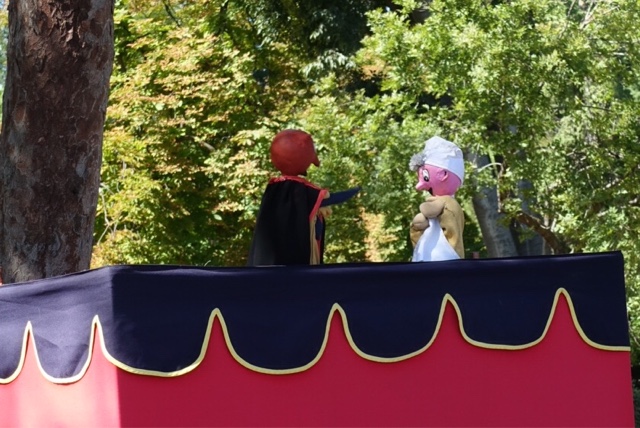 The Crystal Palace was built in 1887 to house a Philippine Exposition.  It's over 22 meters high and made entirely of glass on an iron framework- 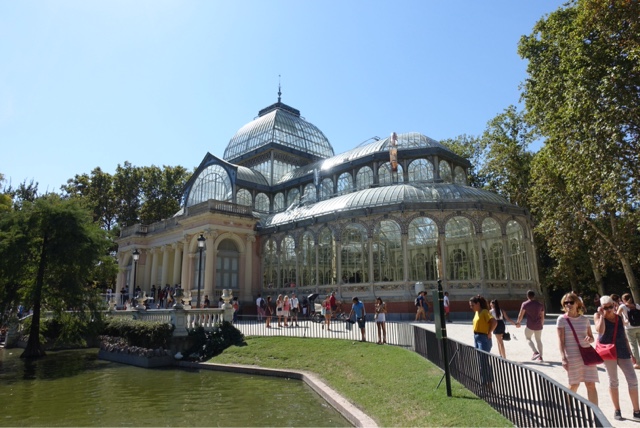 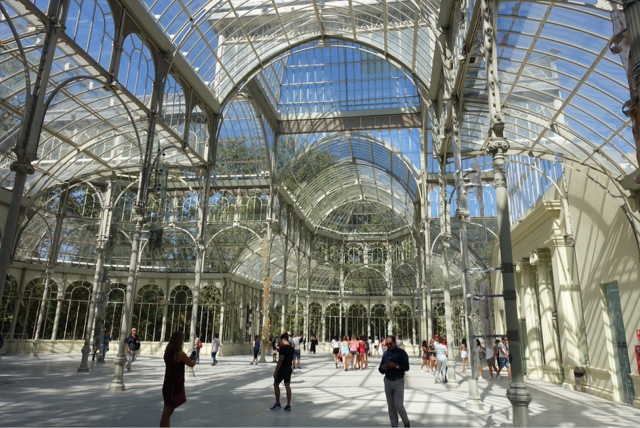 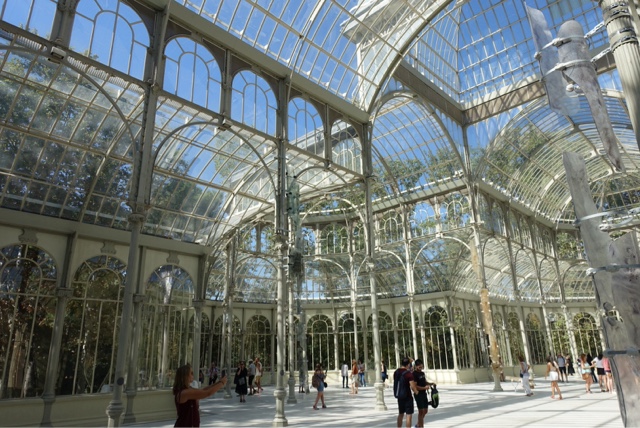 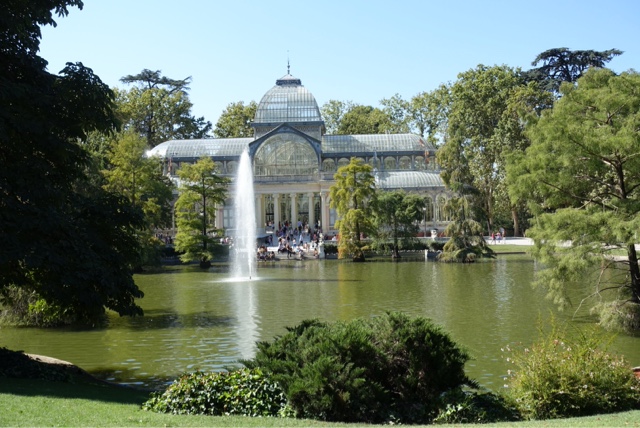 Nearby is the beautifully manicured Jardines de Cecilio Rodriguez- 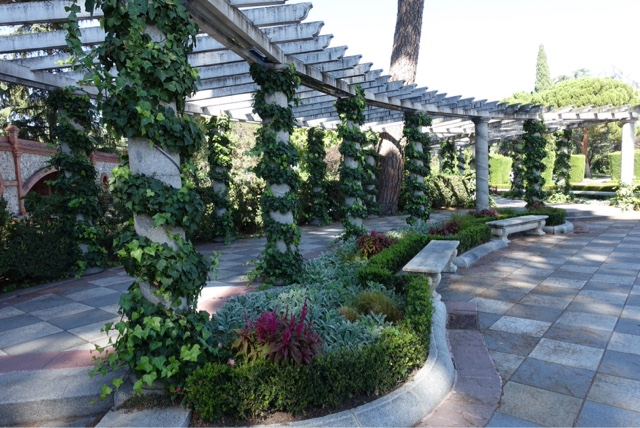 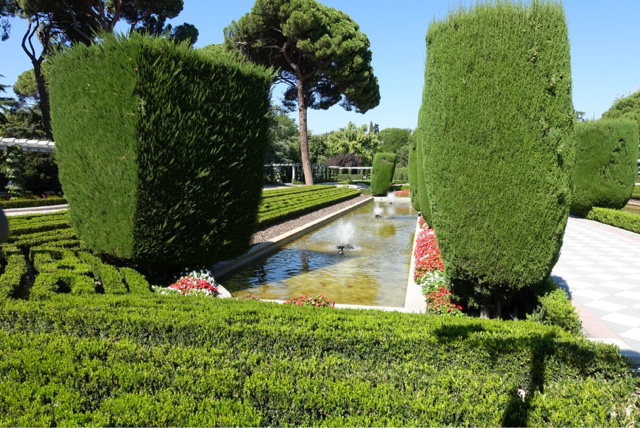 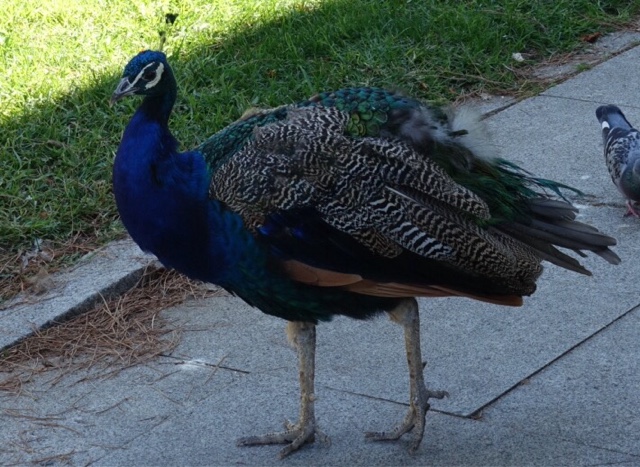 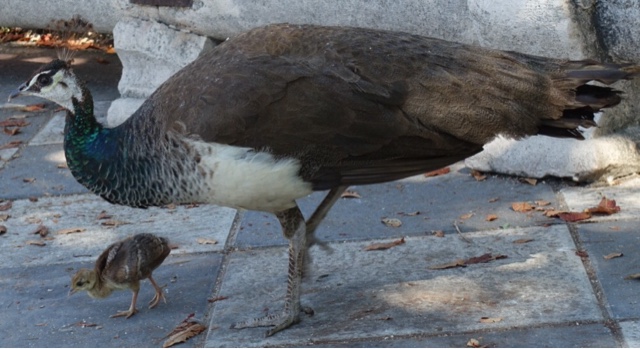 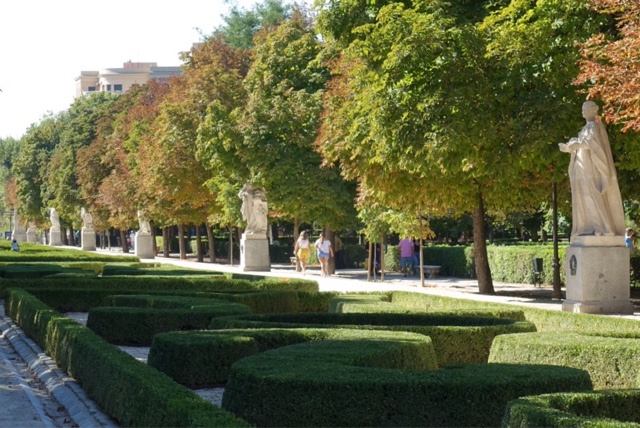 I went back to Fun Hostel for a rest and then went to a Flamenco Show.  Along the way- 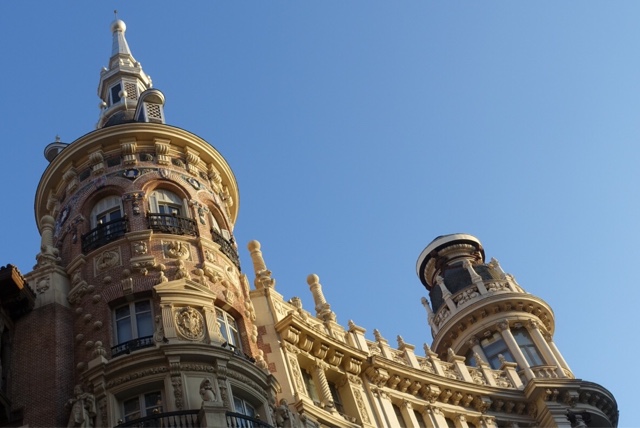 The Cardamomo apparently hosts the best flamenco show in Madrid.  Flamenco is dancing based on folkloric music traditions from Andalusia which is in southern Spain- 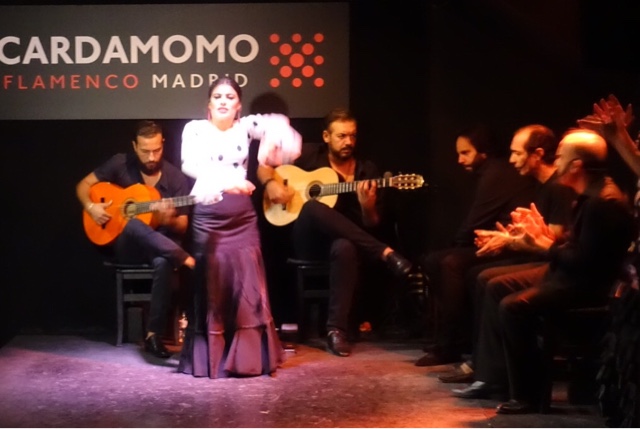 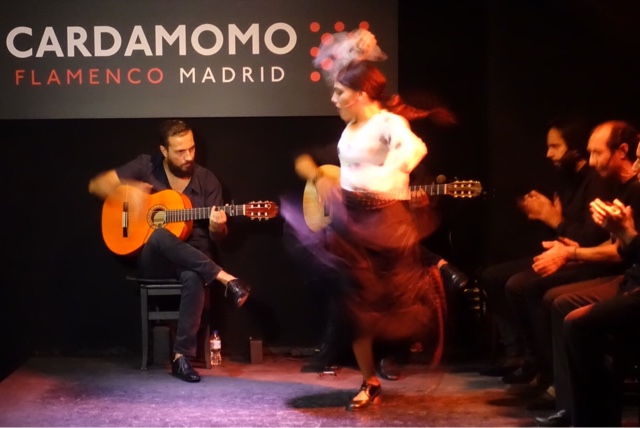 They could sure stomp their feet!  Afterwards, I went back to Plaza Del Sol to people watch.  It was such a beautiful night - it doesn't get cold and it's very comfortable without a jacket.  There was a huge stage set up and live music playing late into the night.
Looking forward to Burgos tomorrow!
at September 29, 2018