I had a great sleep and after a bad breakfast of only baguettes and jam, I began my first walk of any distance.  The French use a red and white stripe to show the way.  It’s everywhere- 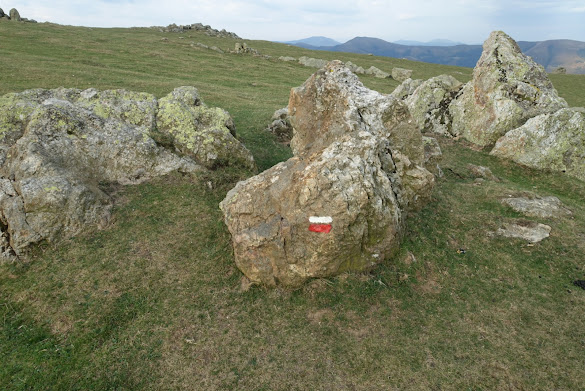 The walk from Orisson to Roncesvalles is 16.8 km- 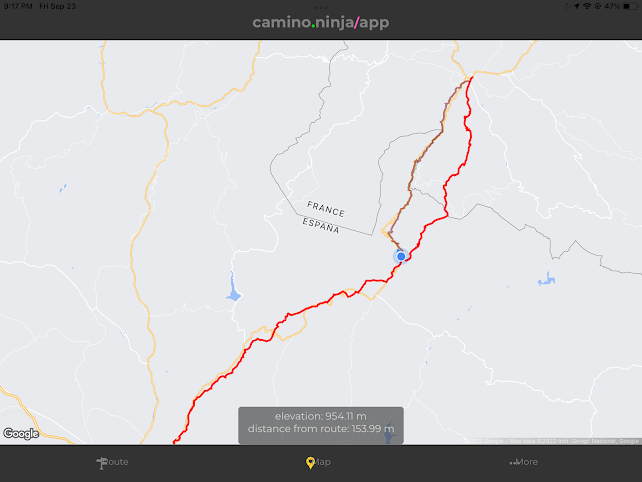 and I would have to say that is the longest walk I’ve ever done in my life.  I still have a long way to go- 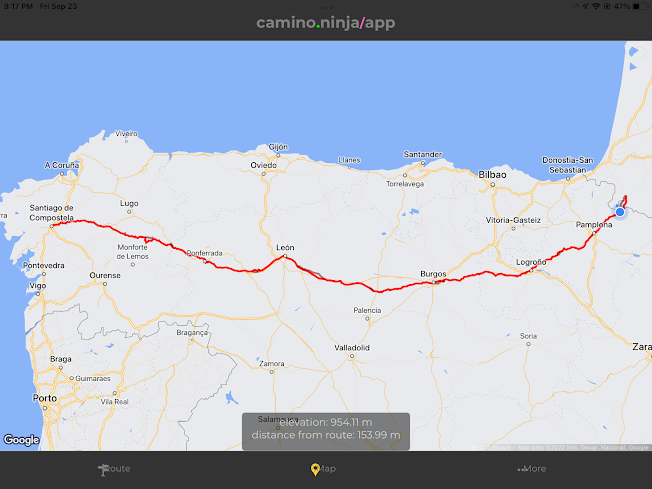 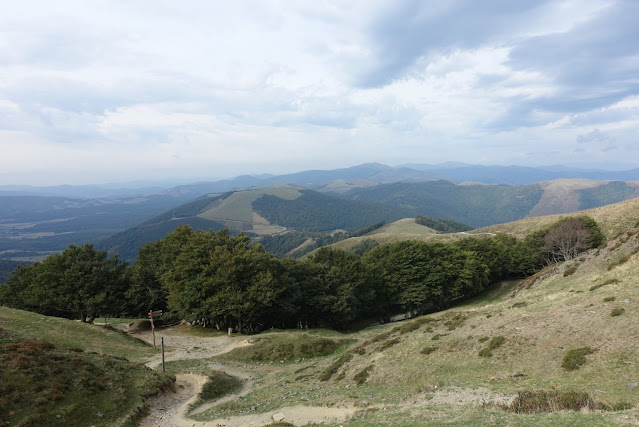 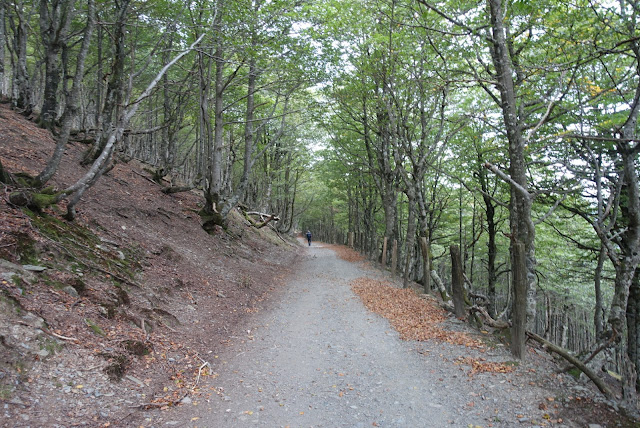 We entered Spain and the province of Navarra- 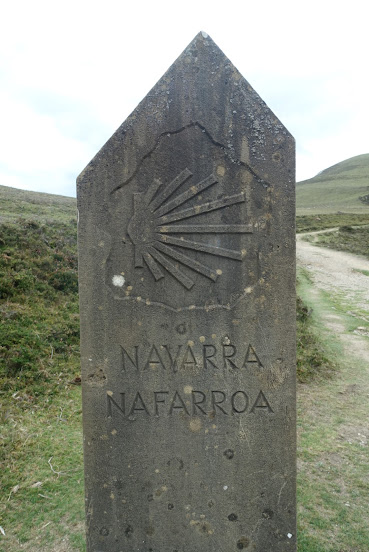 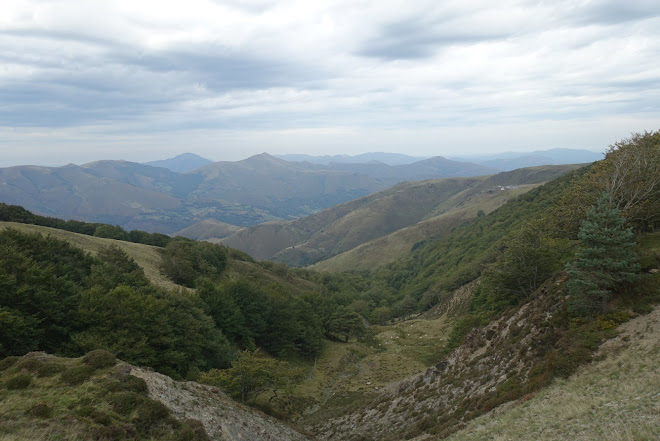 I bought a sandwich in Orisson because there is no village along the way.  The only food available is from this lone food truck.  He had boiled eggs, fruit, hot chocolate and coffee – 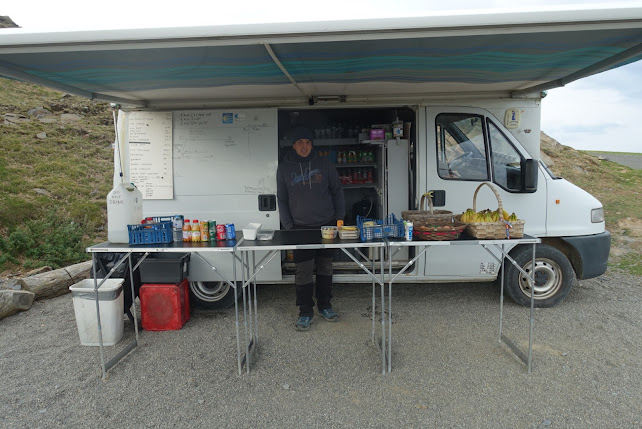 I was very glad I had that sandwich because I got dizzy a couple of times so my apple and sandwich helped alleviate that.  I wouldn’t want to be going down on the path, miles from nowhere!

There are monuments everywhere- 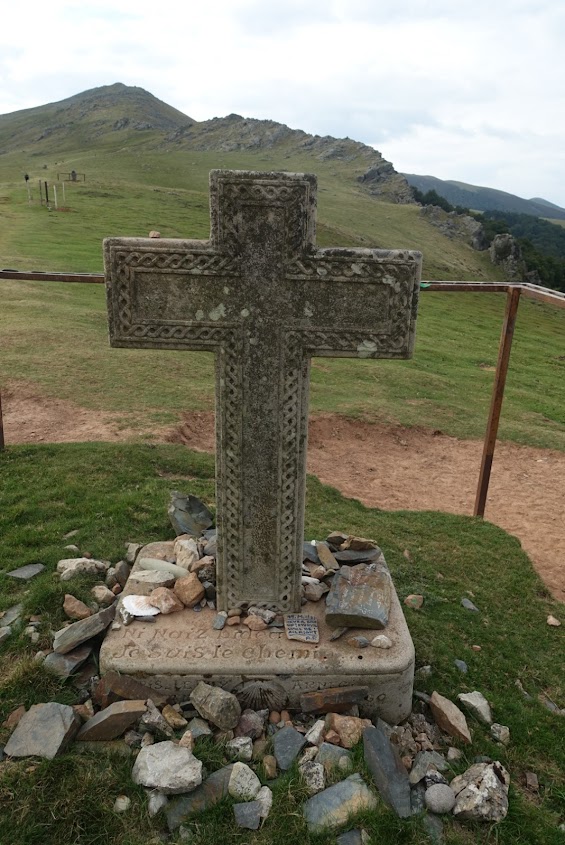 When we arrive at an albergue, we have to remove our shoes and keep them on the boot racks. There are a lot of people here because this is only half of the shoes- I had another pilgrim supper which was very good – trout, vegetable soup and dessert and then stopped in at the pilgrim mass because we had heard there would be nuns singing and of course in a stone church the acoustics are excellent.  Unfortunately there were no nuns so I left early. I walked out of the church and a thick fog had settled in and I got lost. I had to stop in another dorm to get help to find my way home.

I think I’m staying in the penthouse of this monastery.  I am on the top floor and there are about 40 beds in my room but on the other floors there are bunkbeds instead of singles.  I am very lucky.  There might be quite the chorus of snores tonight- 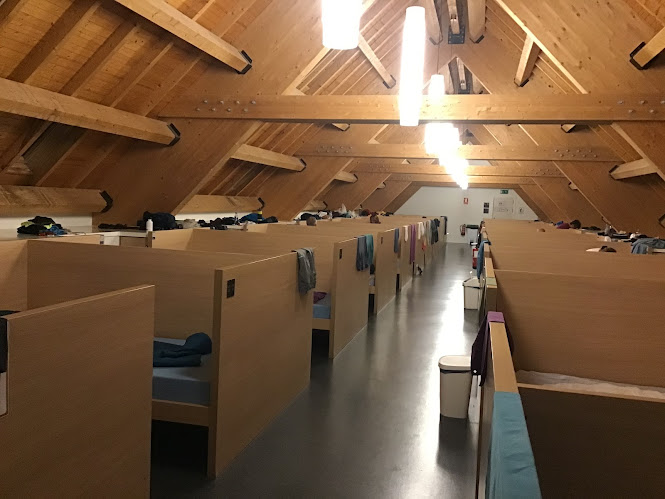 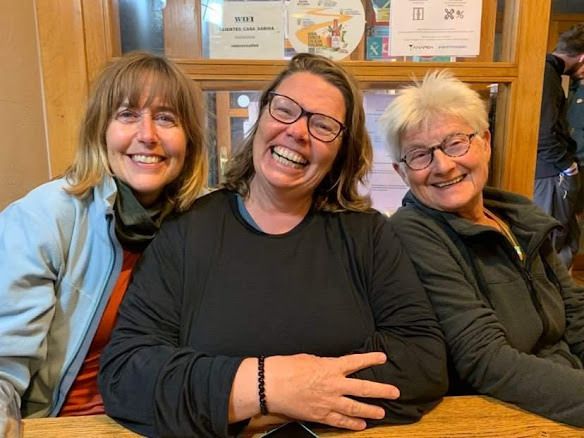 I’m looking forward to tomorrow and hoping to get as far as Zubiri which is about 21 km. Ideally I would like to get away from the preplanned stages that most people follow. The Camino is very busy and if I could do that I would not have to worry about accommodation. As it stands it is seeming a lot like one has to make a reservation and that is not the way of the Camino. I will see how tomorrow goes and then decide.