I made a final tour to the beach this morning.  A lot of the sailboats are gone - there have been at least 30 most of the time I’ve been here- 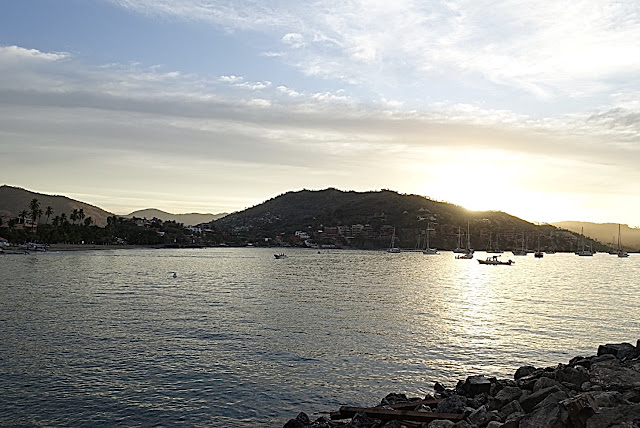 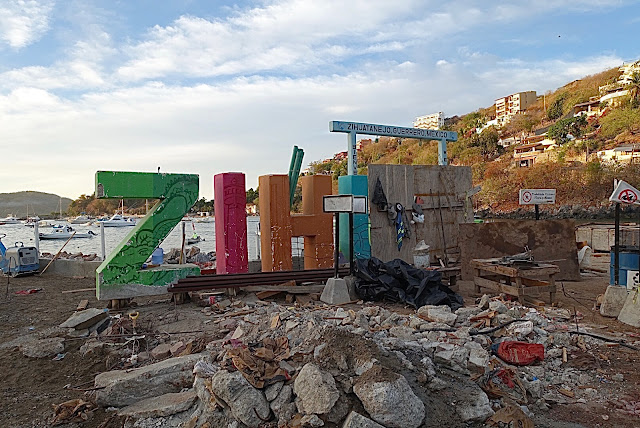 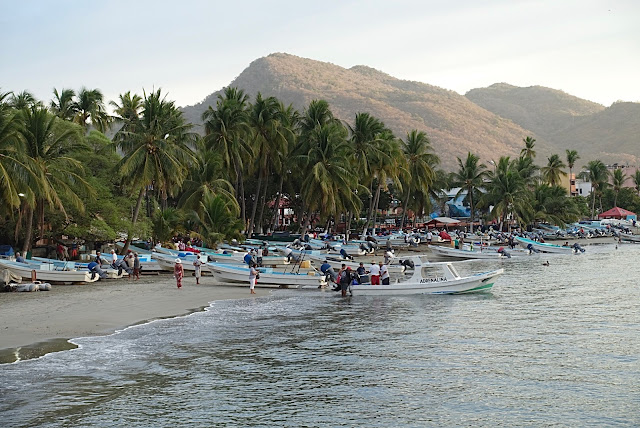 The streets are decorated for the guitar festival which starts tonight and runs for a week.  Tonight all the performers play- I wish I could have stayed but wanted to see the marisposas more- 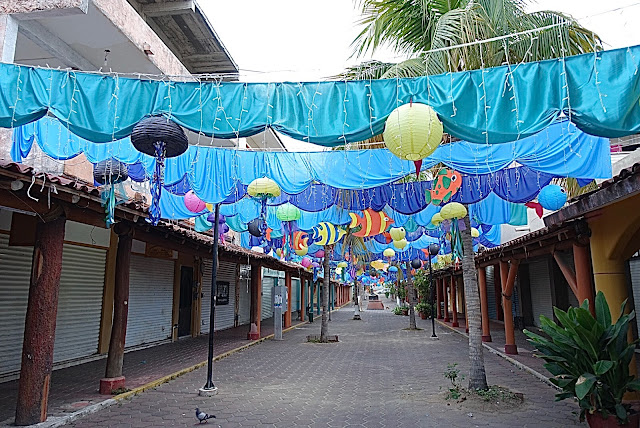 In the central plaza by the beach, there’s a basketball court that hosts a game or more every night and the plaza is filled with food and trinket vendors. They’ve even decorated the tree- 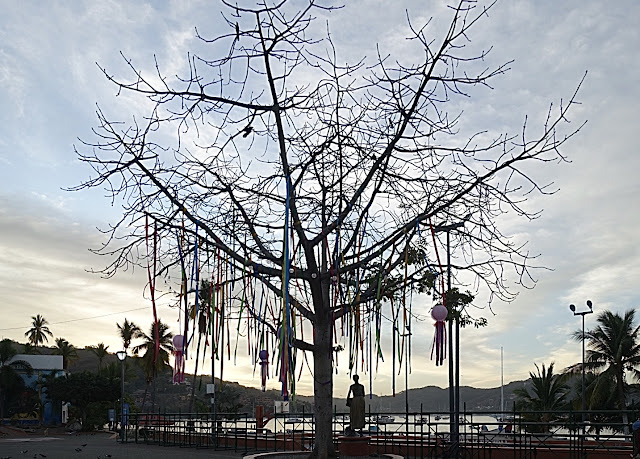 Angie and Rene were at my place at 9 sharp to get the keys so I caught a collectivo to the bus depot, exchanged my ticket and waited.  This is the first double decker I’ve been on- 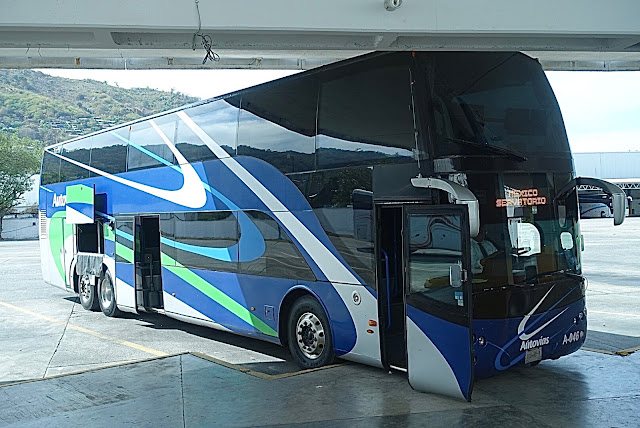 The lower level is a good option for older people who don’t want to or can’t manipulate the stairs.  The only bathroom is on this level- 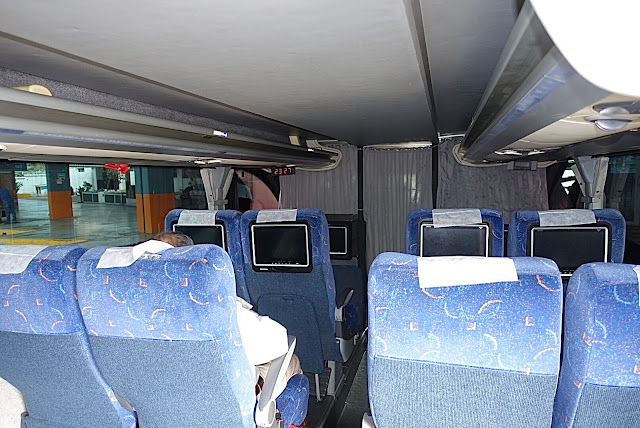 There were only 5 of us riding up top but unfortunately the front seats were occupied.  We stopped in Ixtapa to pick up a passenger- 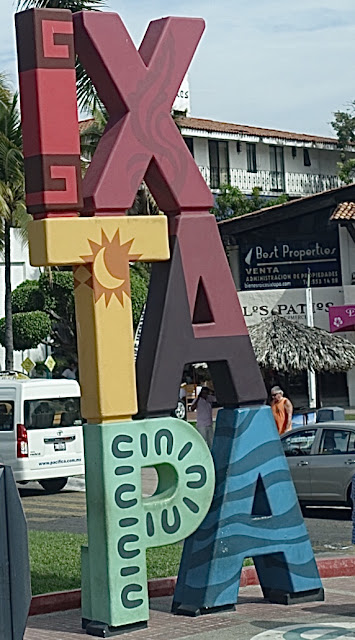 And then we were on our way- 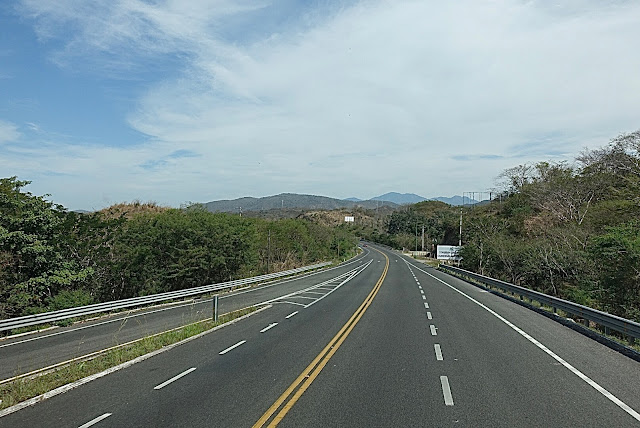 We drove through mountainous areas and every bridge is bright yellow- 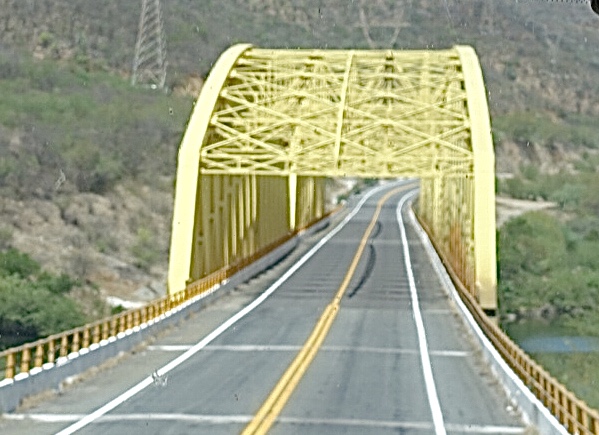 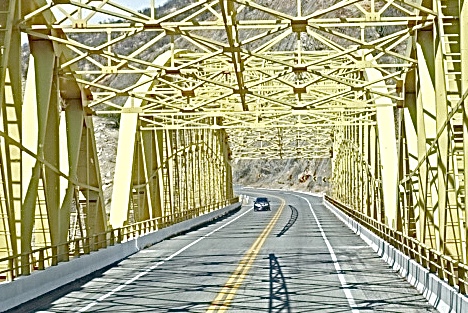 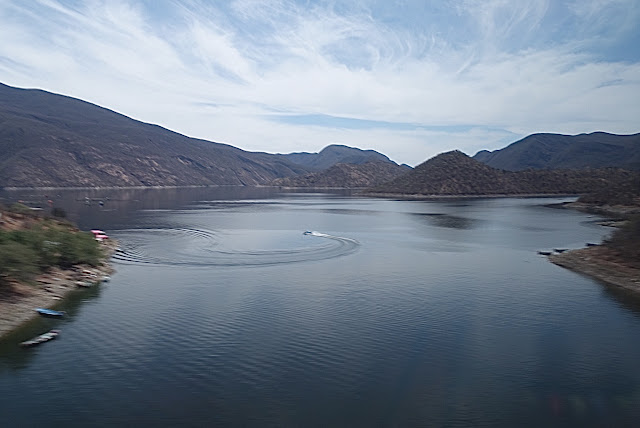 with some fish farming- 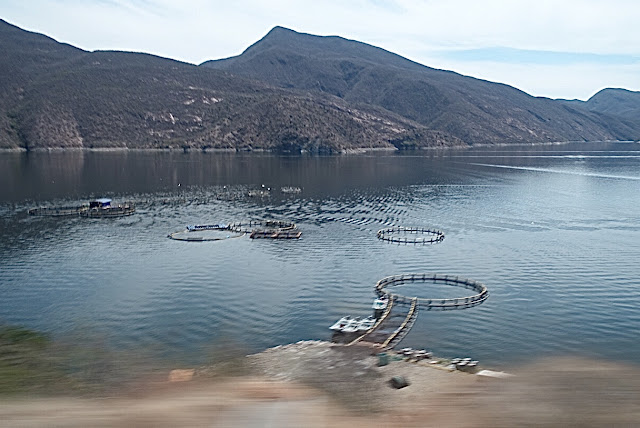 The landscape was dry until it wasn’t- 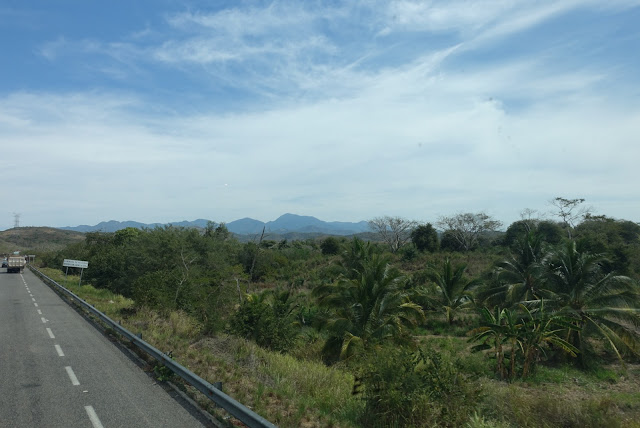 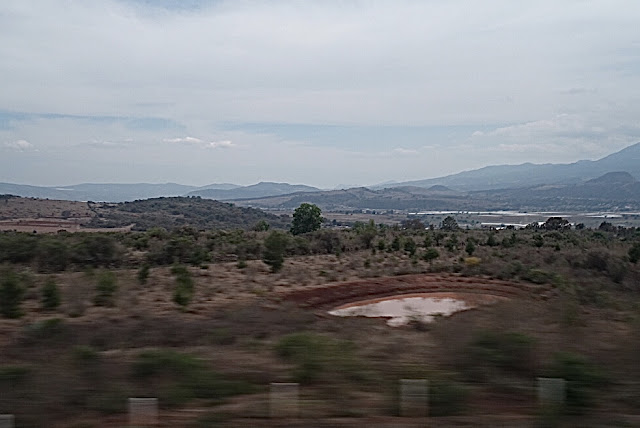 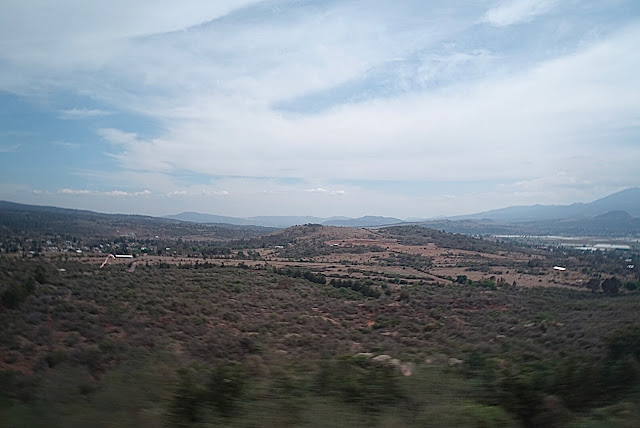 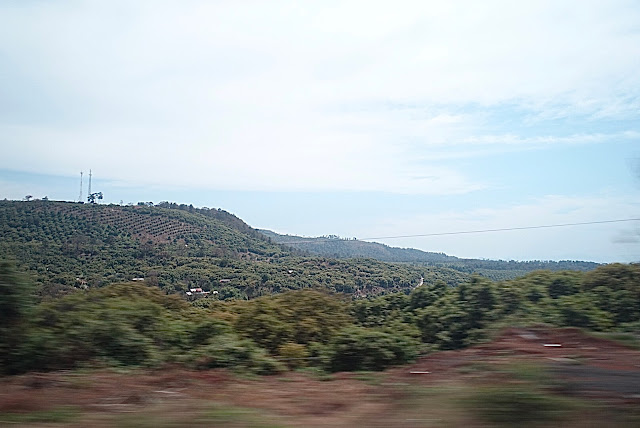 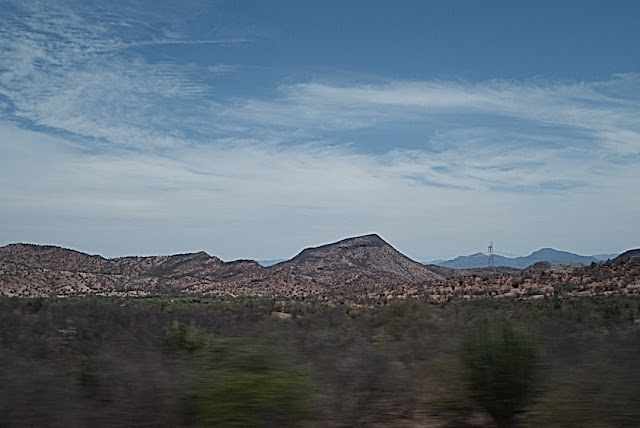 There’s no need for divided highways in Mexico.  Everybody pulls over.  There were times our big bus was passing a semi pulling two full sized trailers on a double solid line while meeting another semi pulling two large trailers.  The shoulder is rough so the smooth ride isn’t so smooth.

Once in Morelia, we limped along in traffic trying to get to the huge bus depot.  Along the way- 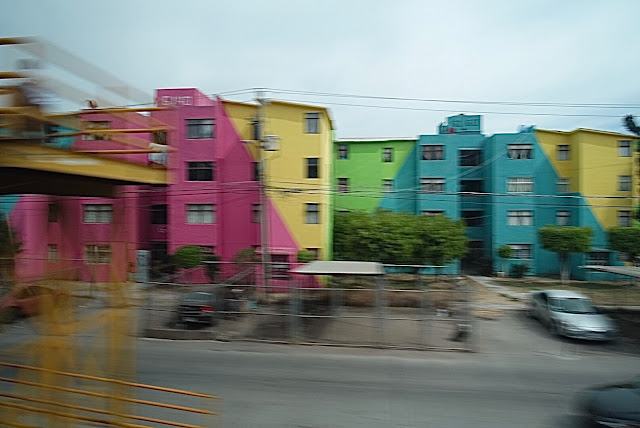 Blocks and blocks of homes are painted brightly.  Once at the depot, I caught a combi - sillly me and we weaved and backtracked and snaked along until we were close to my room.  The combi filled up to standing room only and I had a hard time getting out with my backpack.  I should have just taken an Uber but usually it’s not so complicated.

My home is right beside El Templo de San Jose- 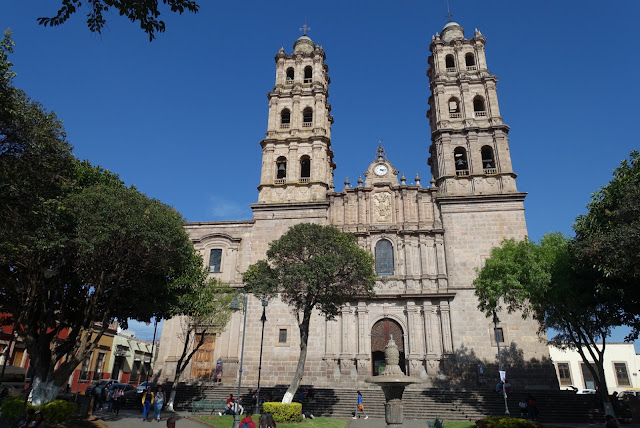 which has a nice altar in muted colours- 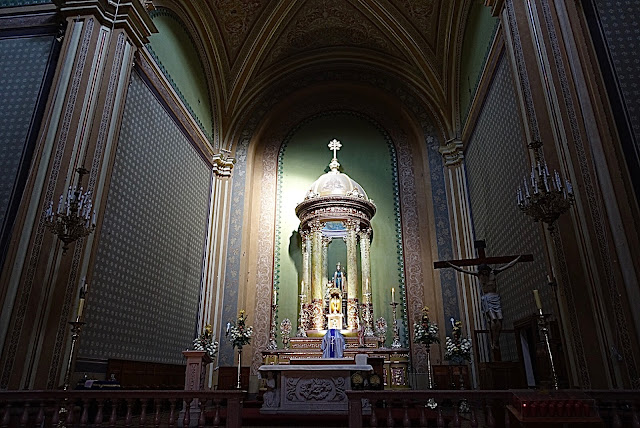 and an equally nice dome- 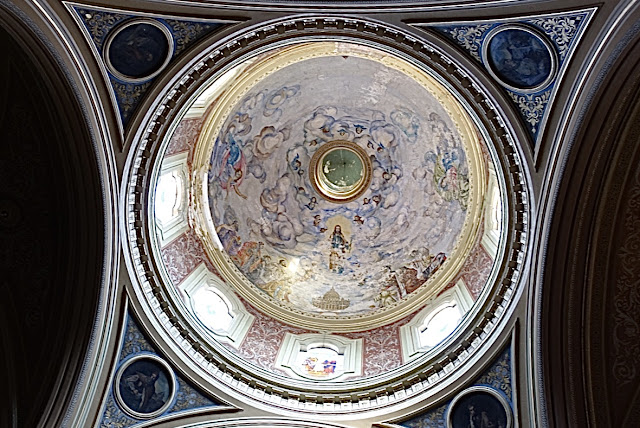 I’m staying in a room with a family that runs a restaurant.  I think it will be okay- 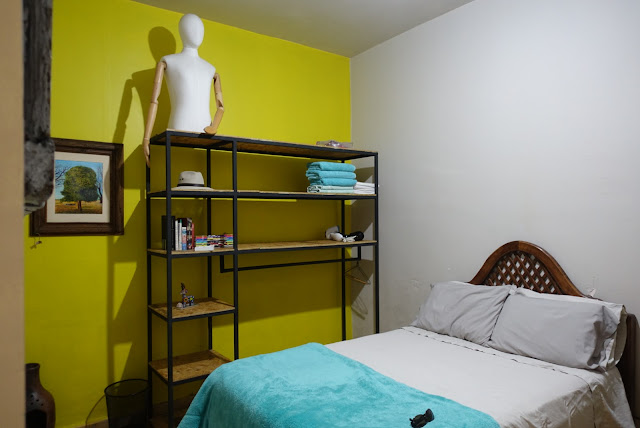 I went wandering and came upon the Cathedral, started in 1660 and finished in 1774.  It’s in baroque style- 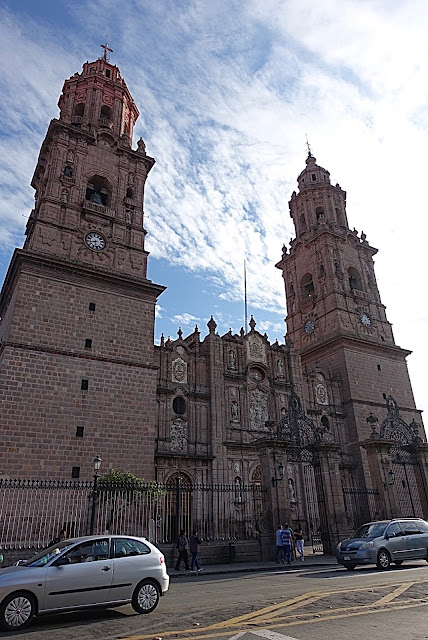 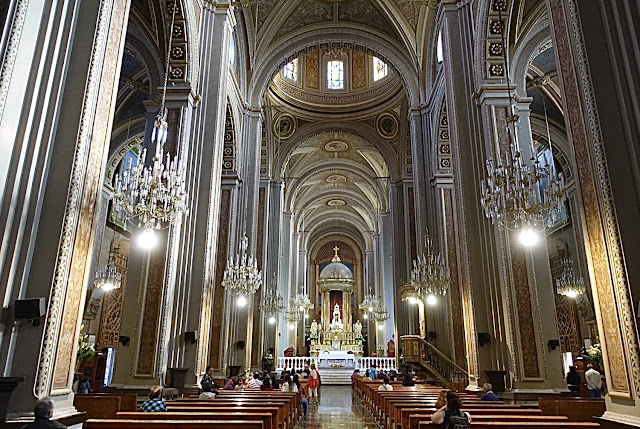 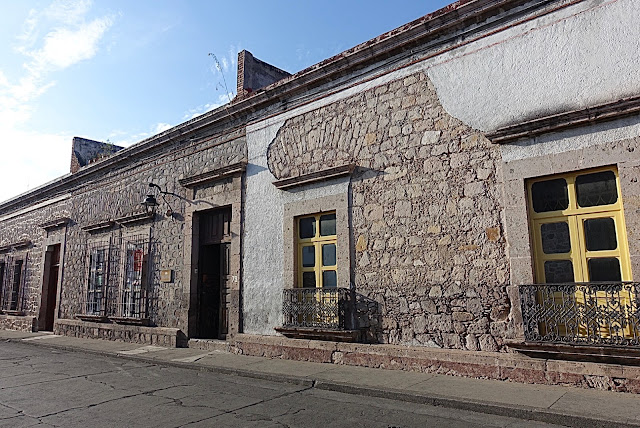 I had enchiladas for supper and am finally back to “reality” after spending two months on the beach.  Prices are reasonable and every place takes credit cards- 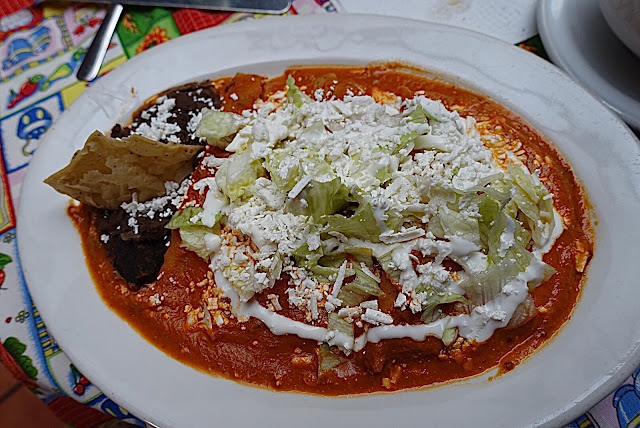 There’s a party happening at my place - the son in law has just completed chef school so they are celebrating.  I’m very tired so am going to bed early because I have a big day tomorrow.  I’m going to see the Monarcas!