I’m living life in the slow lane!  Everyday has been pretty much the same - after breakfast go swimming, then head to Zorro’s to watch The Briar, leave after 2 or 4 margaritas - it’s happy hour! to go teach English, then go back to Zorro’s to watch the evening curling game.  The End.

I have met some interesting people though - tonight Cole was in Zorro’s and is on his way to Morelia tomorrow, hoping to do a monarch tour.  He’s now going to go with the same company as me, seeing as that seems to be the only option.  He worked for the city of Vernon, retired a few months ago and started travelling at Huatulco, heading west while I started west and headed east.  He’s looking for the perfect Mexican get away.

The combis are such awesome transportation.  One of the Ixtapa drivers said there are 39 combis travelling back and forth.  Drivers need to turn in 1500 pesos ($103)/day and the rest is theirs.  It costs 14 pesos per person for a ride so that’s 107 passengers.  Usually there are at least 10 people in a combi but it takes 40 minutes at least to do a run so you would start making any money until after driving 7 hours or so.  Tough life.

It’s been fun watching the curling, especially since Dunstone and Saskatchewan are doing well.  The Manitoba people are also cheering for him - he’s a former very successful Manitoba junior player.

School is going well.  It’s more fun after a few margaritas - NBCHS probably would have been too!  I had 16 students today and 15 yesterday.  They’ve come a long way but are very noisy.  I’ve enjoyed my time with them - they are very appreciative but some are soooo shy!  They’ve improved as the days have unfolded.

Today is Nico’s 4th birthday!  It’s hard to believe that he is already that old!  This morning when I FaceTimed, he was busy making a craft - he’s in to that.  He was putting stickers on a paper and zombies were eating something or someone.  Andi’s birthday is the end of March so they have one party - with an ice cream cake and a lot of balloons but I guess they don’t have any cameras because I haven’t gotten a picture.

Tomorrow I may meet Cam and Sandy at Playa Ropa.  It’s my favourite beach and so I should go there one last time.  Life is awesome! 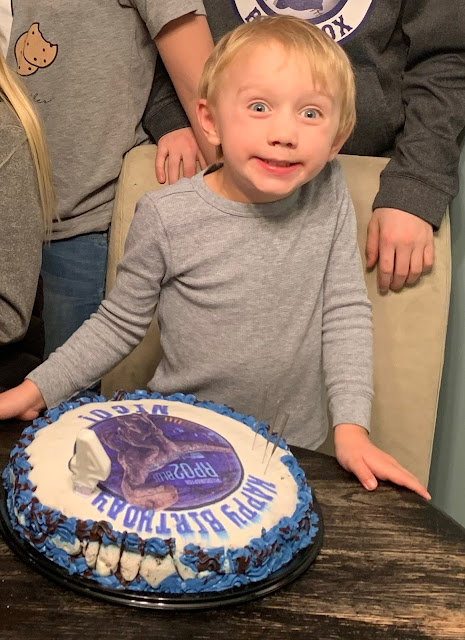