I don’t go swimming on Wednesdays - my old body needs a rest!  So, I doddled until I couldn’t doddle anymore, then went to Playa La Ropa which is my favourite beach ever.  It’s a good thing I bring my own beer because it took about an hour before a waiter came.  Now that’s service!  What’s even more frustrating is that they still demand a propina and 10% isn’t enough apparently.  The next time someone complains about the tip I leave (they should be surprised - I usually don’t tip at all), I’m going to take it back and walk away!  That’ll teach ‘em..... nothing! 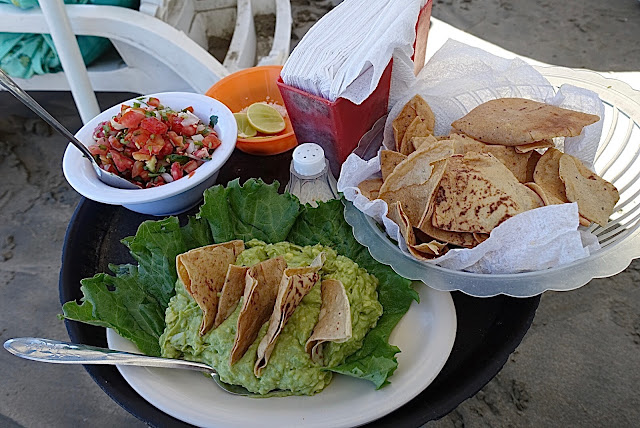 I sat near people from Ontario and Quebec.  Even the Mexicans don’t like the Quebecers.  They are loud and speak French, which is fine, that’s their language but they’ve also been accused of not following rules at hotels and condos and even dining and dashing.  Some restaurants won’t even let them sit down!  Seems like kind of strange stories but....

Cam and Sandy Gjosund as well as Cam’s daughter Danielle and her husband Derrick came along and we had a nice visit.  I had to leave too early to get back to my ‘job’ - last one - work cutting into fun again.

I had 15 students and most of these people came consistently- 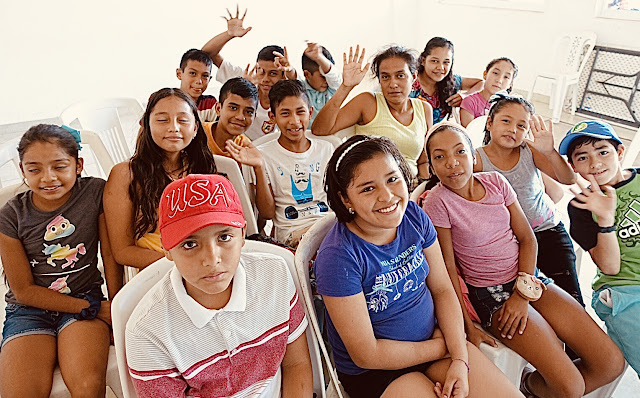 My favourites were Daniel who is on the far right with the blue ball camp and Ani who is in the grey t-shirt behind him - she had to go to the bathroom at least once/day and it took her forever to come back.  She also rarely said a word and if she did, she spoke so softly I couldn’t hear her.  She’s only 7 but came almost every day.  I also like Ana, her sister who is at the back on othe right in the blue dress.  The first day she told me she was angry that she had to come but she is very smart and caught on quickly.  She was glad her Mom made her come after all.  Violeta is the woman in the centre in the yellow.  She came with her two sons who appeared petrified of her.  She was constantly telling them what to say and they were always looking at her, rather than participating.  She bugged me.

We dismissed early and Itzel gave me beautiful flowers- 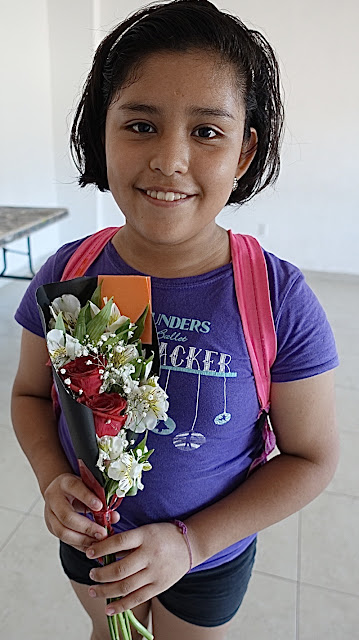 How thoughtful!  Then, Daniel - my favourite - he’s the only student I had to kick out twice because he was misbehaving and Maria both gave me bracelets- 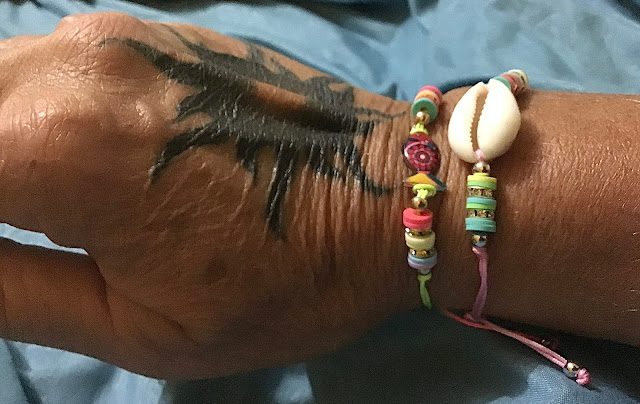 I enjoyed my two weeks of teaching but that was long enough without access to paper and technology. It was time to start writing and reading and my little whiteboard at the front of the class and the lack of desks for a solid writing surface prohibited that.  I saw a lot of progress and enthusiasm for learning and hope they will continue to practice by using EAL websites and by visiting with tourists they meet in their beautiful town.

I hurried to Zorro’s to watch the curling, hoping they would feature Saskatchewan instead of Wild Card but we were playing Yukon and that was going to be a train wreck so I watched Wild Card play New Brunswick until my beer was warm, then came home.

Tomorrow I’m looking forward to my last day in the pool, possibly another visit to la Ropa and then I’m going to Ixtapa to get my teeth whitened!  I can’t believe I’m doing that but I’m tired of my yellow rattish looking smile.  I know I’ll have to cut down on the coffee and red wine if I want to keep my new look so it might turn out to be a waste of money but I’ll try it and see.

The past three weeks have flown by and even though I was a bit apprehensive about spending such a long period of time here, Zihua is where I would like to someday return.  It’s been a great stay! 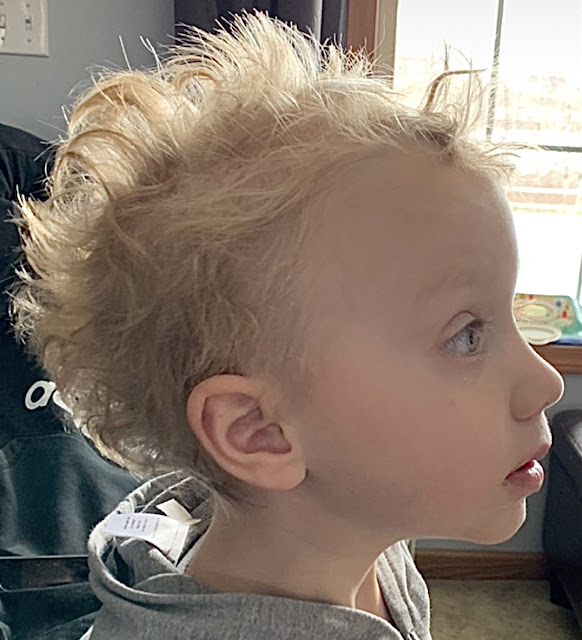