Walking home from the concert, which I would rate 7/10 - I really don’t know much about The Doors except for the few videos I googled.  Jim Morrison jumped all over the place and so did this guy.  He sounded lots like Morrison but I couldn’t help but wonder why on earth anyone would want to cover The Doors - I guess if you have a singer who sounds like the original, you just go for it.  I don’t think the night would have been easy for the band because there were only about 30 people there.  Patty and I sat with 3 other women from Sherwood Park, Winnipeg and Rock Lake, MB.  On our way home a few lit up party floats went by- 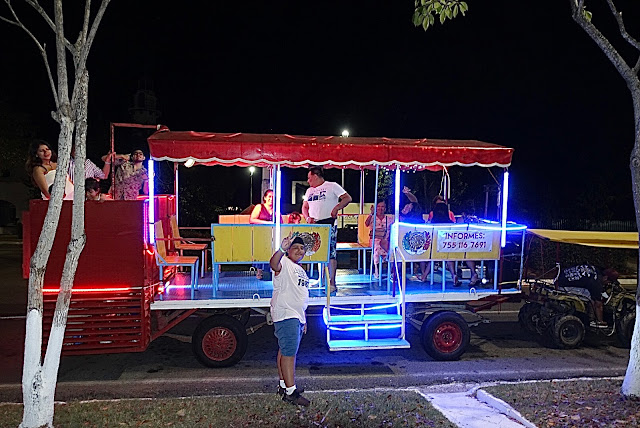 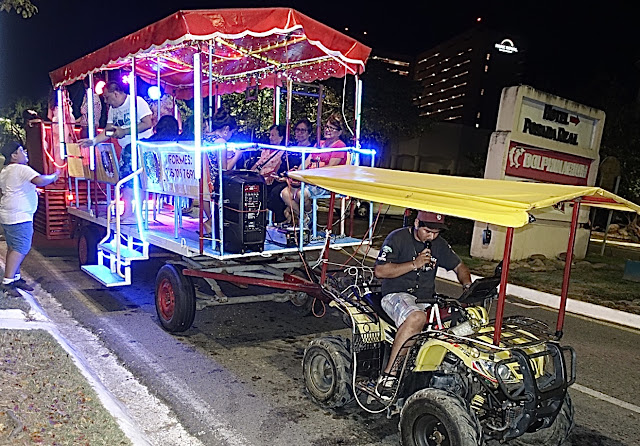 Patty has an awesome place!  The view from the deck is out to the pool and the marina- 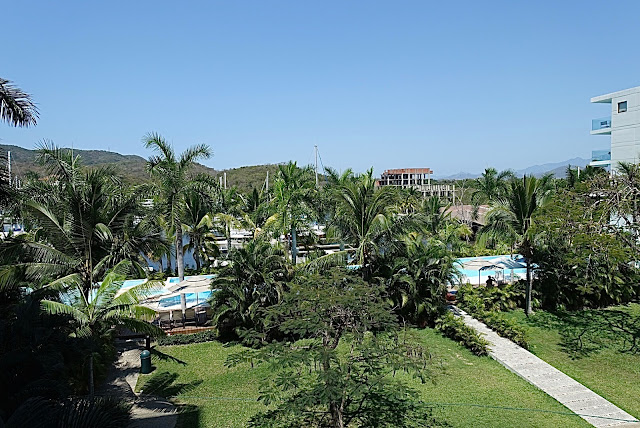 The deck is large and has two great chaise longue- 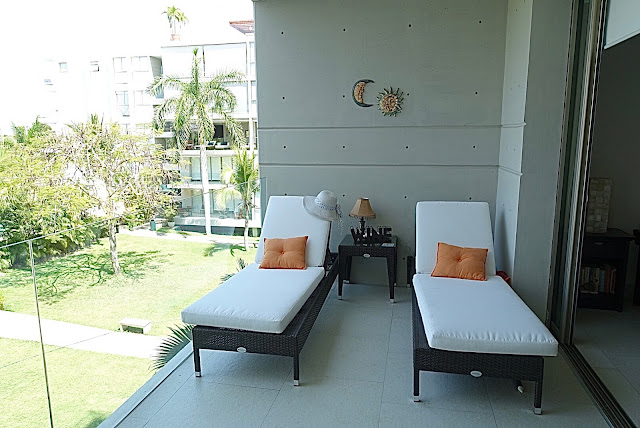 Inside is the living room- 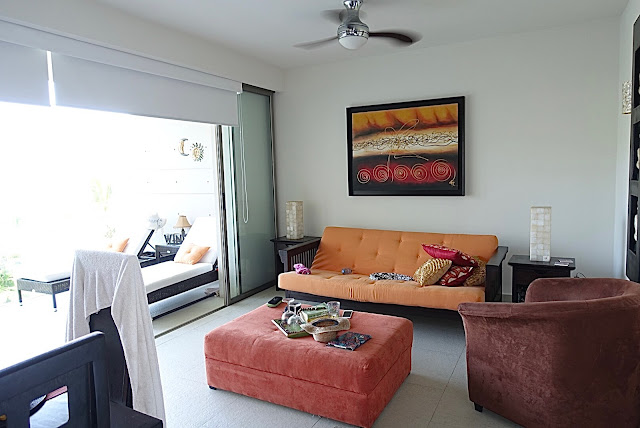 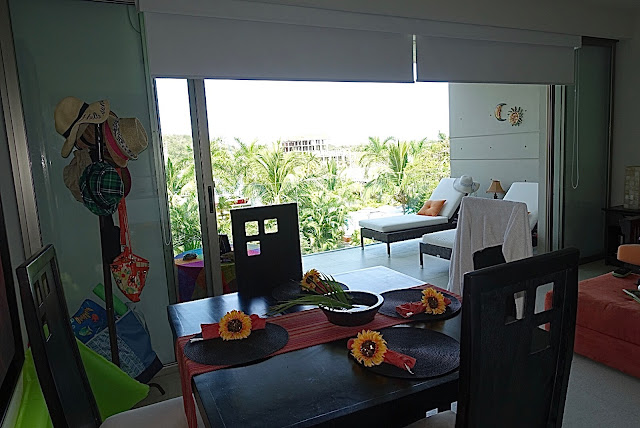 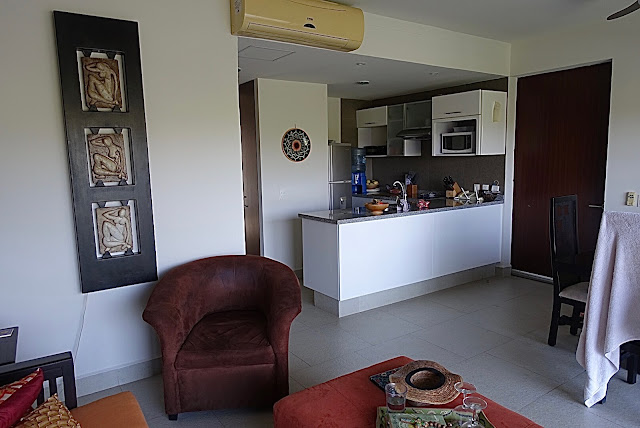 Outside is the Olympic length pool- 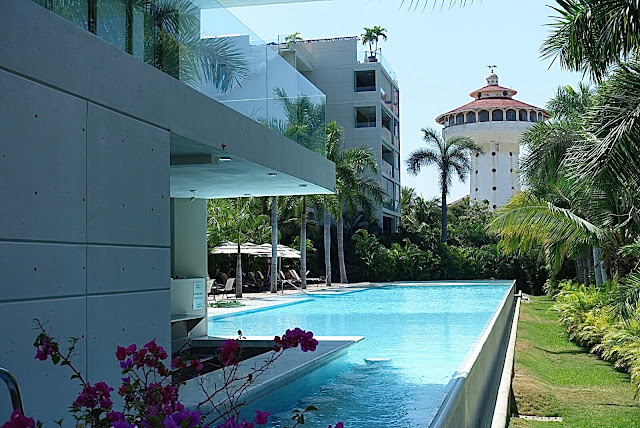 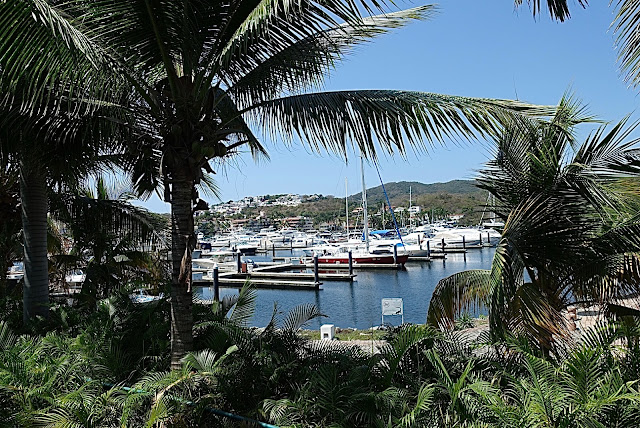 We talked all day!  Finally, it was time to come home so I caught a combi - the slowest driver yet and stopped at a local place for supper.  I wanted fish but got filete - I was thinking filet of fish but no, it’s filet of pork- 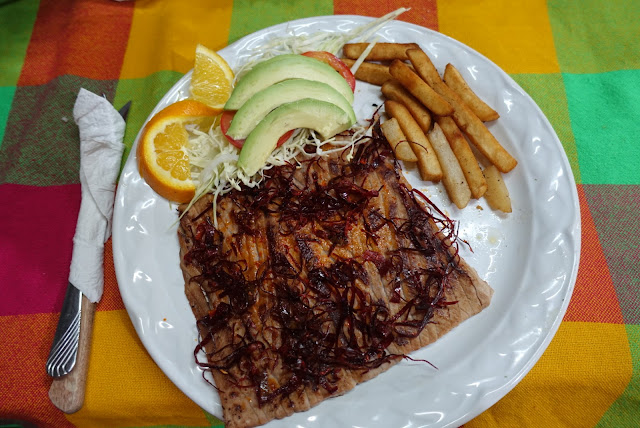 and so thin it only had one side!

I was dreading cutting in to it because I’ve seen this meat in the market.  It’s killed this morning and eaten this evening so tougher than shoe leather but I was pleasantly surprised.  It wasn’t satisfying though because I had been looking forward to fish.  Oh well.

I’ve been making plans for Morelia.  I’ve been trying very hard to find a tour and finally this afternoon received an email that there’s one going for a reasonable price - $60 on Saturday.  I’ve already discovered I can easily switch my bus ticket and that my landlords will give me back rent for the one night I won’t be here.  I can also check in a day early at my place in Morelia so it’s looking like I’ll be leaving Zihua this Friday!  Wow, time has flown!  As well, I’ve got tickets for two concerts in Saskatoon: ZZTop in May and Burton Cummings and Randy Bachman - The Guess Who and BTO June 30!  Very, very exciting!  Tomorrow it’s back to swimming and teaching.  Maybe I’ll get up the energy to go to a beach.  I better enjoy my last few beach days!
at March 02, 2020