Dachau , built in 1933, was the Nazi's first concentration camp.  More than 200,000 Jews, homosexuals, political prisoners and other "undesirables" were held here.  30,000 + died, and more perished while being transferred to other death camps.

Work Will Set You Free , found on the entrance gate- 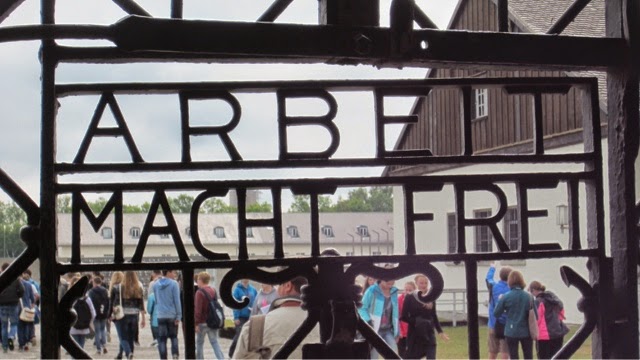 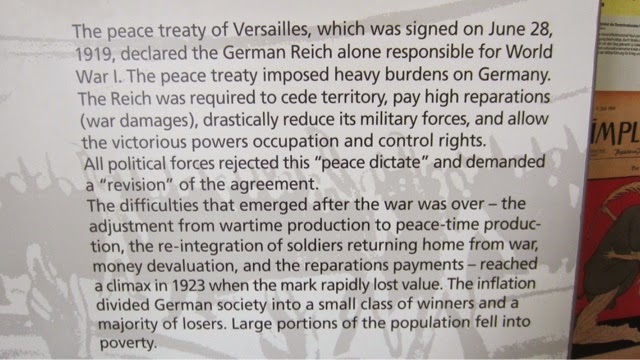 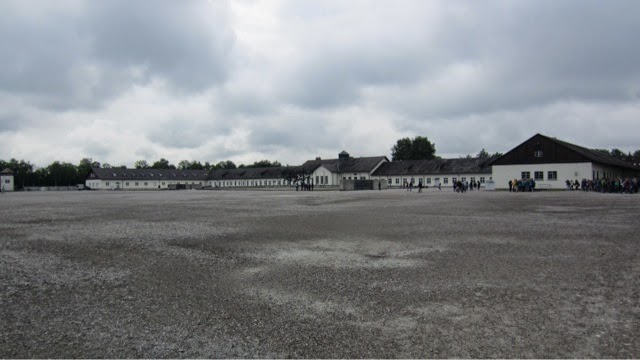 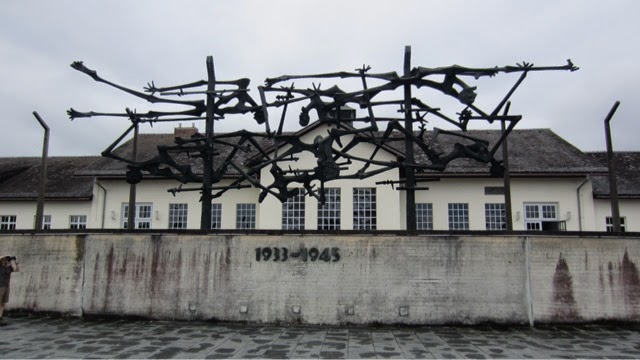 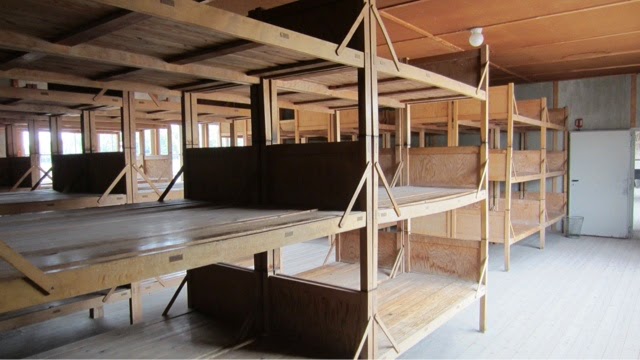 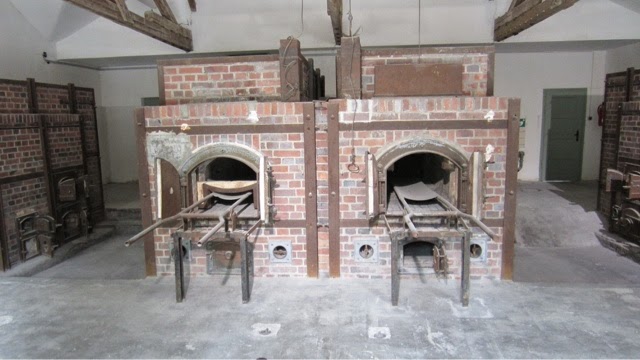 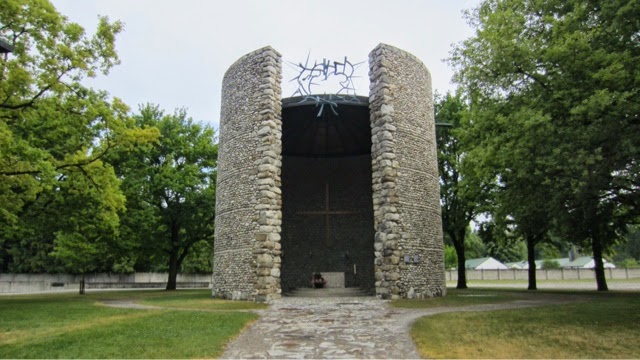 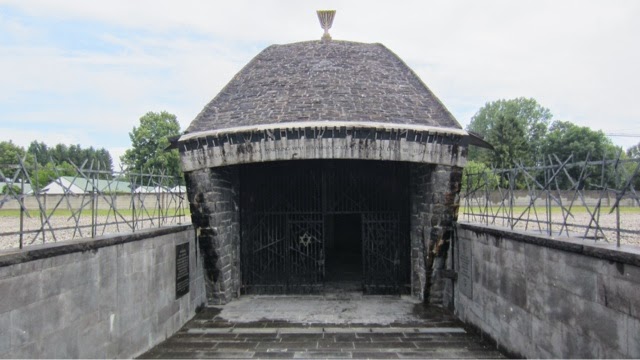 This monument says - "In honour of the dead and a warning to the living".   It is found outside the crematorium- 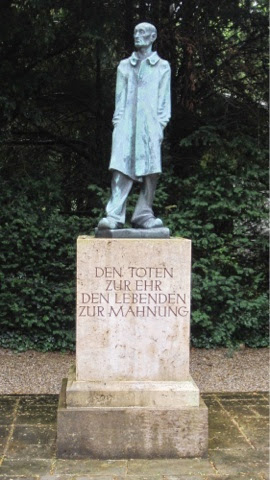 Just stopped for fuel, the first time since leaving London.  Here's what we paid and how much we got: 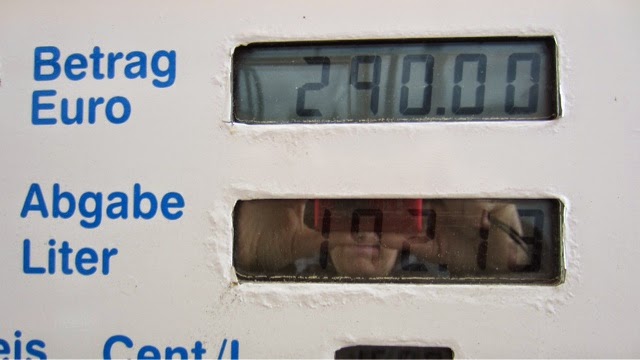 Here's the price of gas/diesel in Germany.  One euro = $1.50 Canadian (approximately). 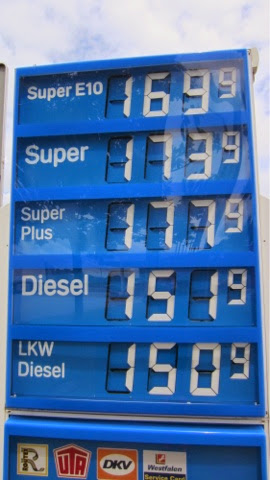