On the road again......  on our way to Romania to bush camp tonight.  Not!  Last year's bush camp has become a garbage dump so we pulled into a campground.

This is the eastern Hungarian countryside- 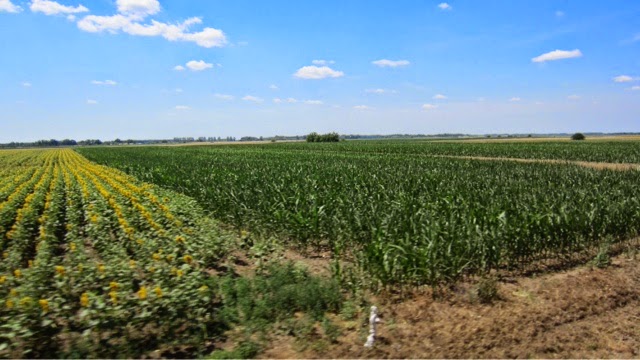 Upon arriving in Romania, this man was racing his horse and cart down the mainstreet.  We won! 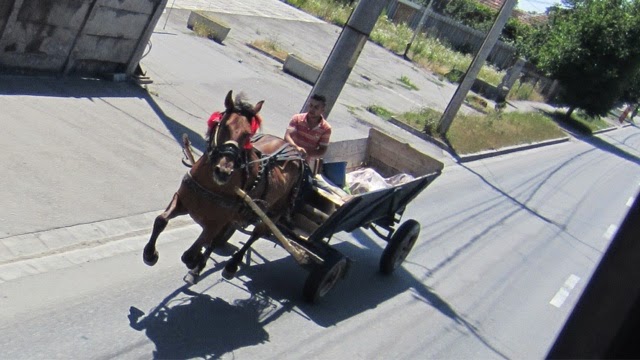 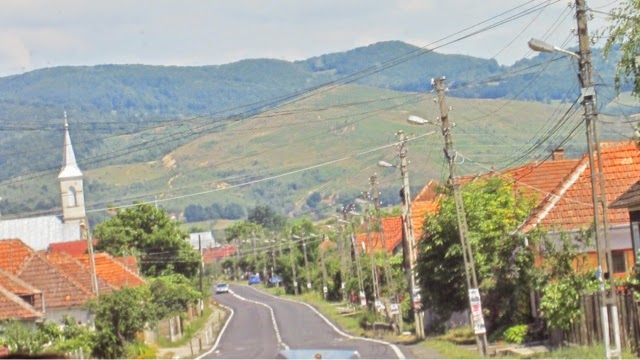 Stork nests tend to be in the villages and the more wires the better! 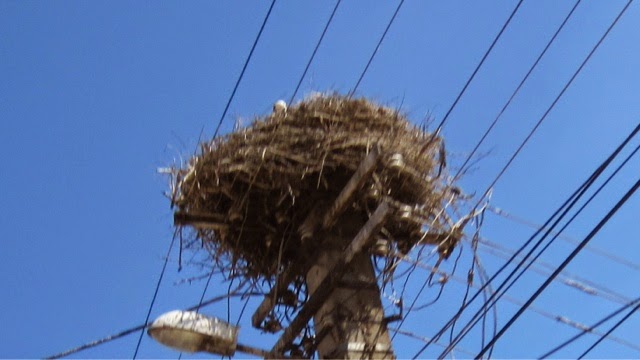 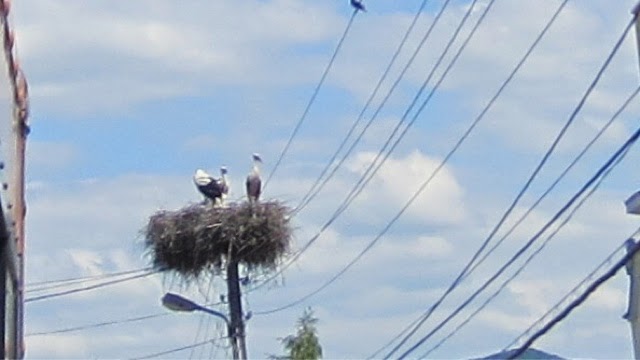 Some storks nest on chimneys of houses- 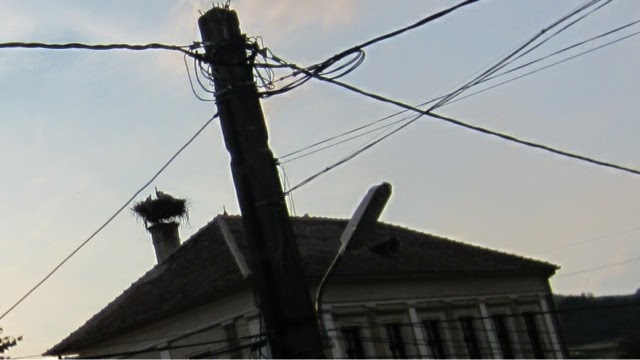 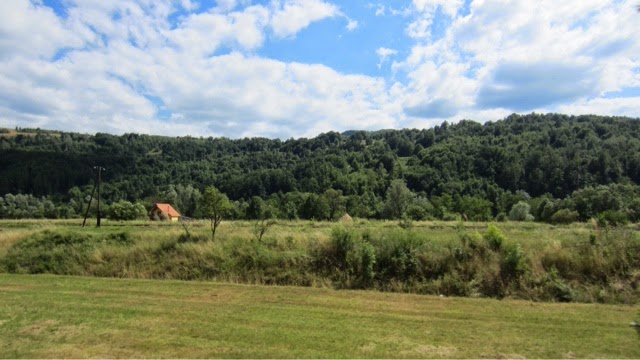 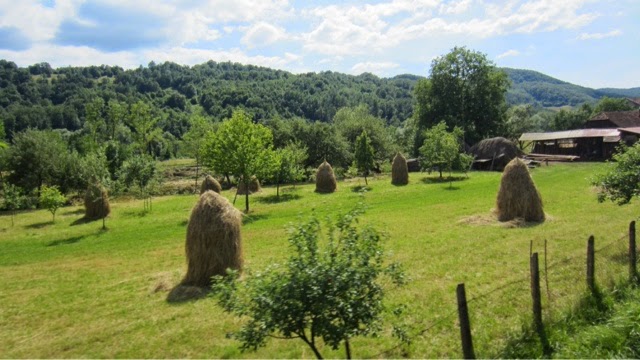 This particular village had numerous homes like this.  So far, it's the only village like it we've seen- 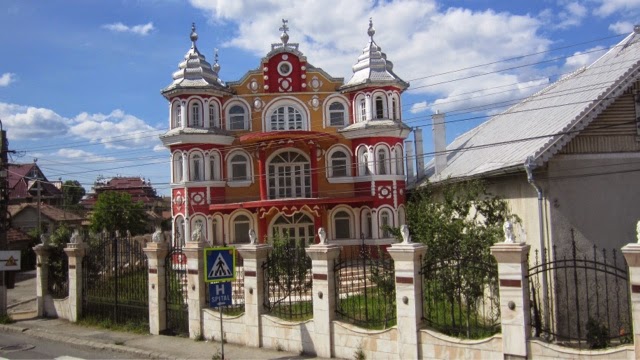 Notice the detail on the roof- 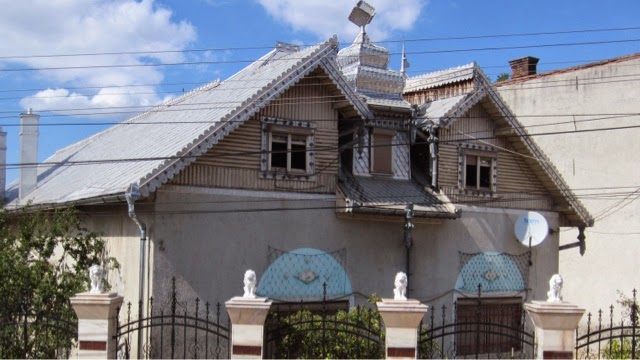 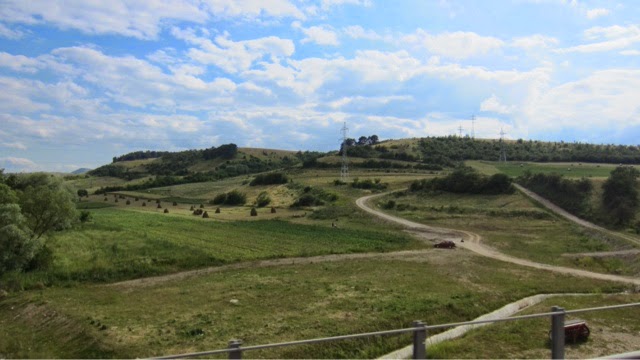 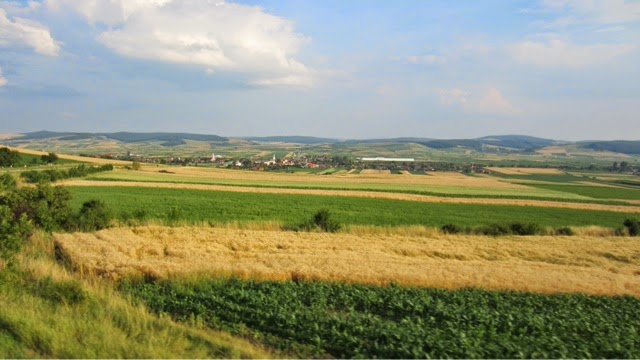 Looking forward to visiting Dracula's castle tomorrow and travelling on to Bucharest.