We spent the night in Sighsoara, Transylvania- birthplace of Vlad (Tepes) Dracul - the Impaler, who was the inspiration for Bram Stoker's book Count Dracula.  This is the home he was born in, which is in the citadel town- 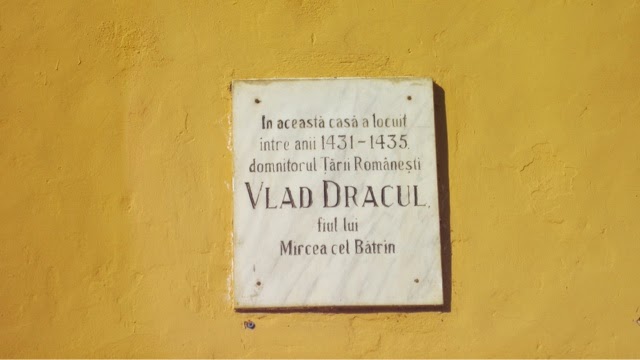 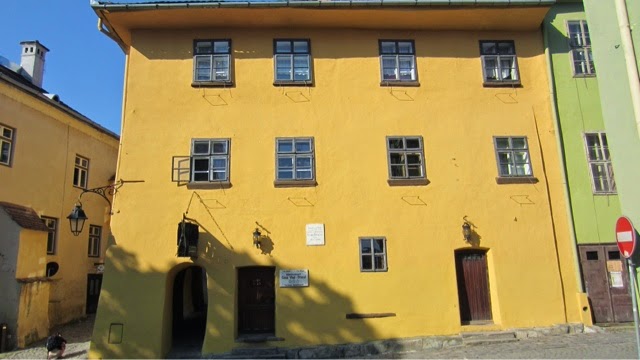 Here is the view from the citadel town- 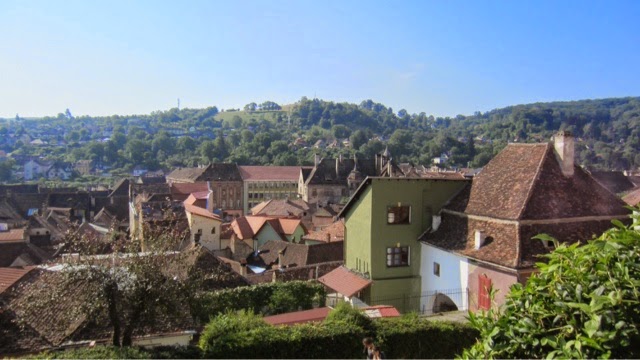 There is a 14th century wall encircling the citadel town.  It also has 9 towers.  This is the square where the market and public executions were held- 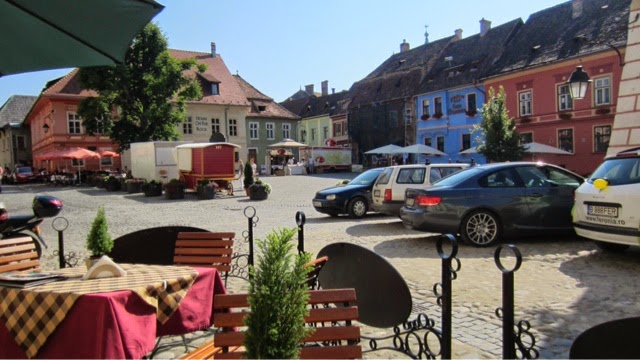 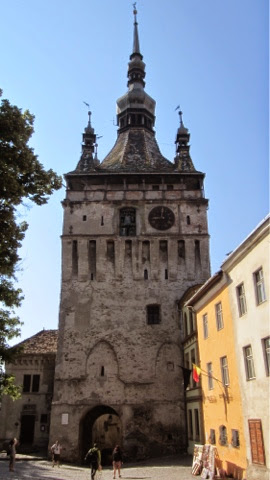 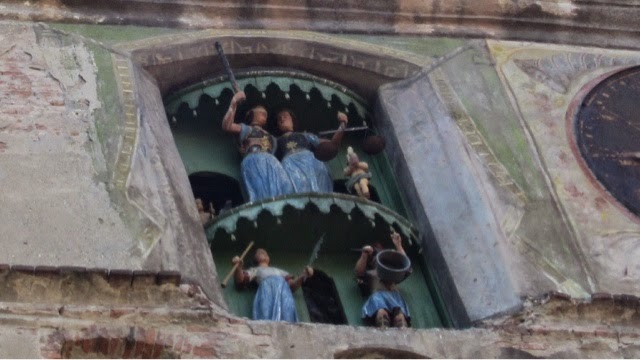 Bran Castle is Dracula's castle, although Vlad Dracul only stopped by once in the 15th century.  It dates from 1378 and is 60m high.  Dracul was the ruling prince of Wallachia from 1456-1462 and then again from 1476-1477.  His favorite way to punish his enemies was to have a dull, wooden stake carefully inserted into the anus and manipulated through the body, without touching vital organs, to exit via the mouth.  The death, obviously, was very painful and slow- 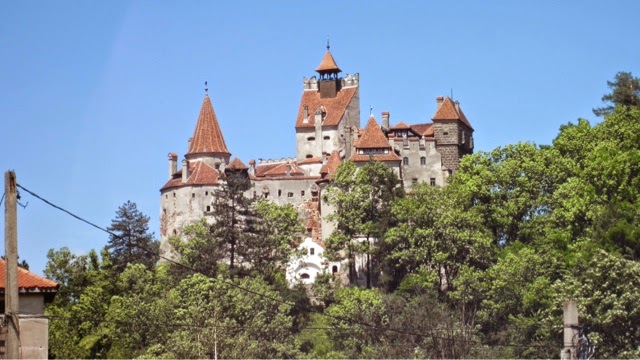 Inside the castle were many small, furnished rooms from the time of Queen Maria of Romania during the late 1800s.
The courtyard- 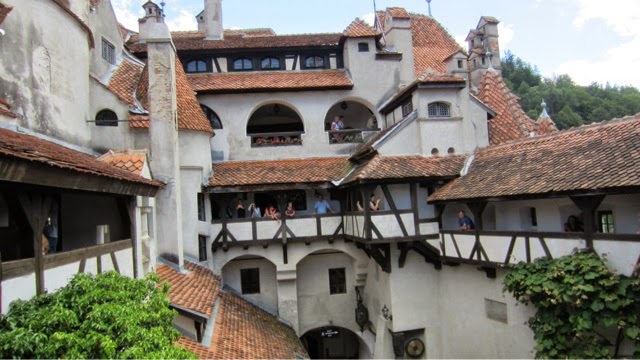 Inside the castle were war uniforms.  This is an example of some chain mail- 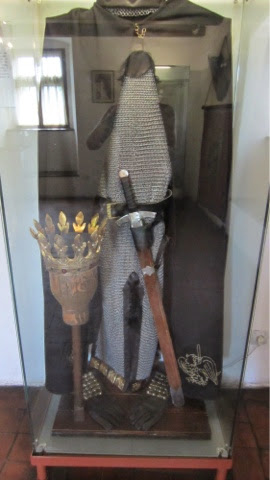 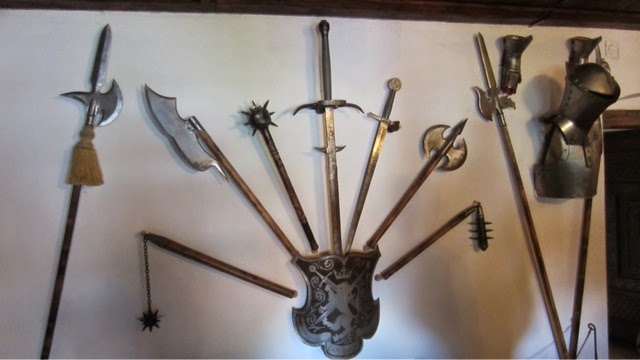 An early form of taxation was called putting on scales.  If a convict weighed less than they
'should' they must be a follower of Satan, and therefore must be tortured.  People were stripped to make sure they weren't carrying any excess weight, then weighed against an amount thought to be appropriate for their size and shape.  If they were too light, they were tortured until they confessed their crimes.  If they weighed the correct amount, they were set free.  One had to pay to be weighed!  Certificates were issued when one 'passed' so they didn't have to be put on the scales a second time- 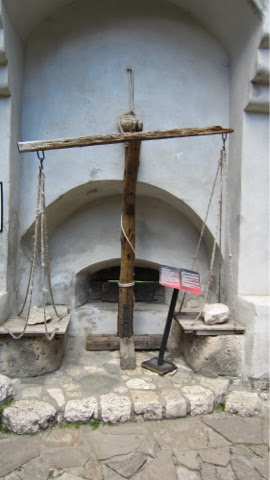 Along the route, we've seen a few herds of sheep- 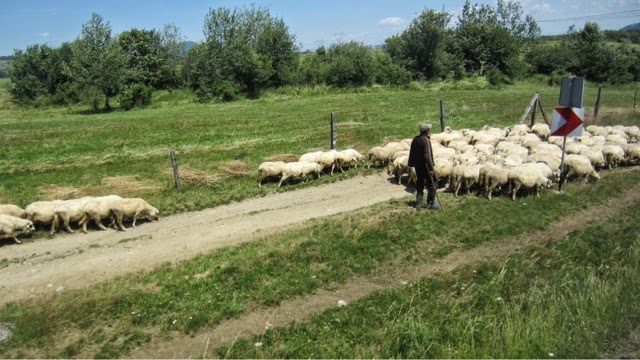