My mission for the day was to visit the Grutas de Cacahuamilpa which is about an hour via collectivo north of Taxco.  The tour takes 2 hours and is 4 km long.  The entrance to the cave is 40m wide and 12m tall- 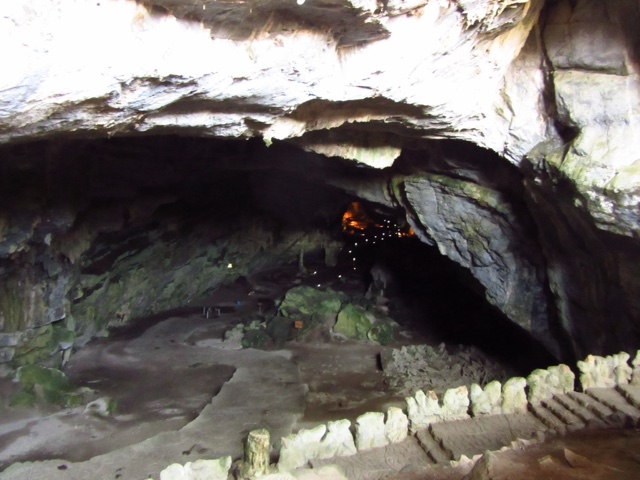 When I first met the guide, I asked if he could speak slowly so I could understand.  No he said, there are Nationals on the tour.  As it turned out they were 4 elderly women from Columbia who wouldn't have minded but he spoke as fast as he could.  Asshole.  I got most of it anyway.
The cave has a mostly flat cement path that is well lit.  The guide switched the spotlights on as we entered each section- 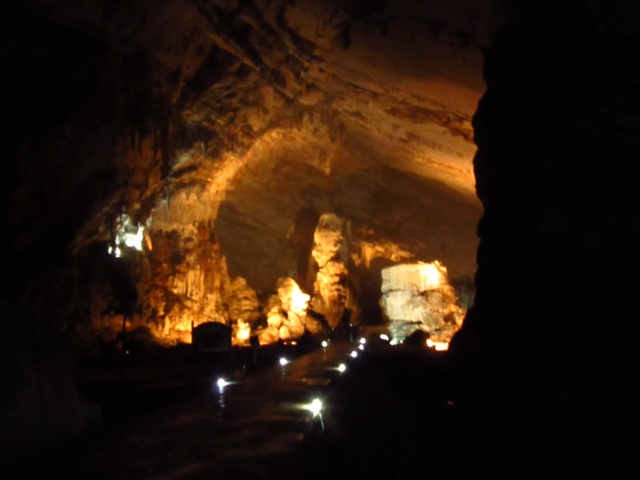 During the tour it seemed like the biggest agenda of the guide was to point out the shapes one can see in the rocks such as different kinds of birds, Pinocchio and the Virgen de Guadeloupe.  Who cares I say.  I'll see what I see.  Of course, flash wouldn't work, even if I had one, because the formations are too far away but there are many amazing stalagmites and stalactites.  Stalactites are shaped like icicles and hang from the ceiling.  As the mineral water drips, they form- 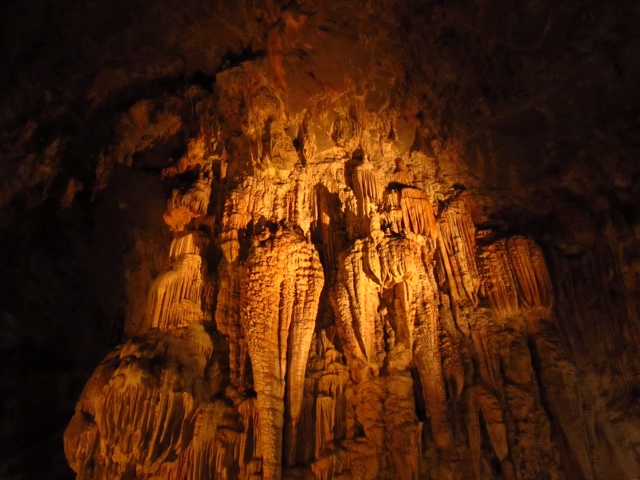 That's a vagina on the bottom right corner- 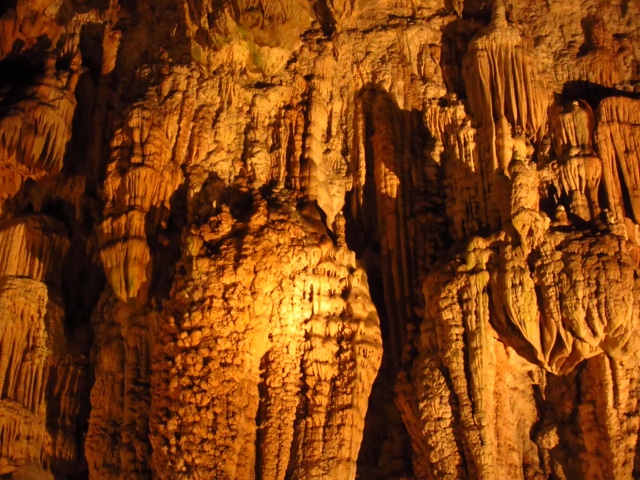 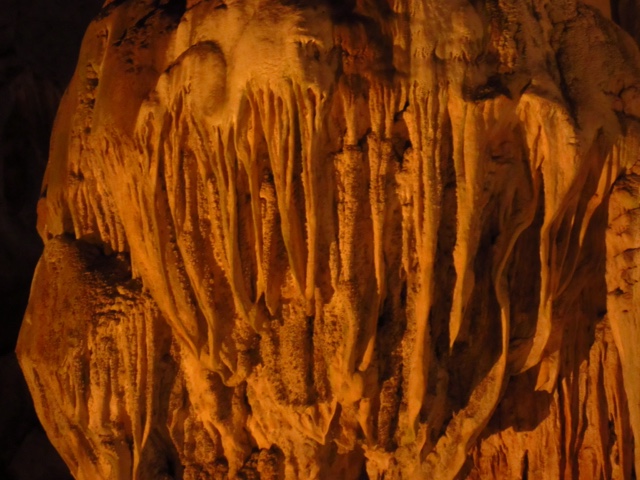 Stalagmites grow upwards from the mineral deposits dripping on the floor.  Most have flat tops or are rounded- 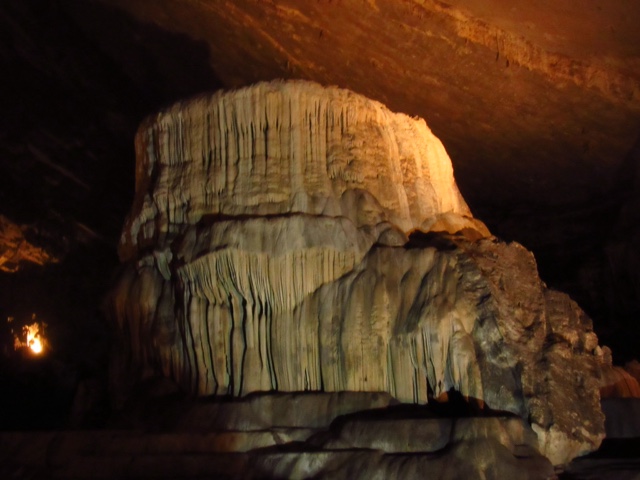 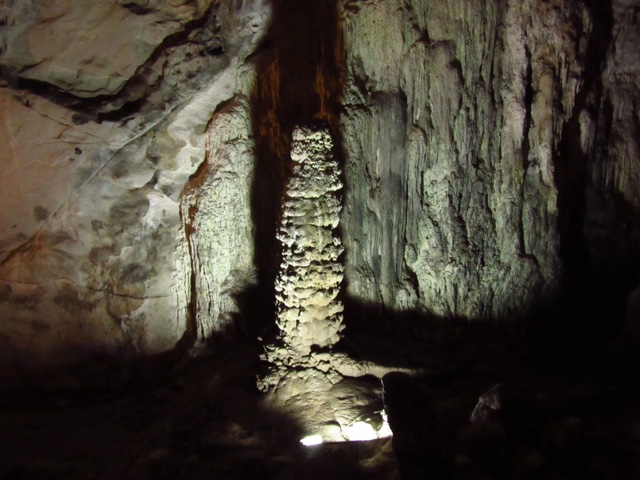 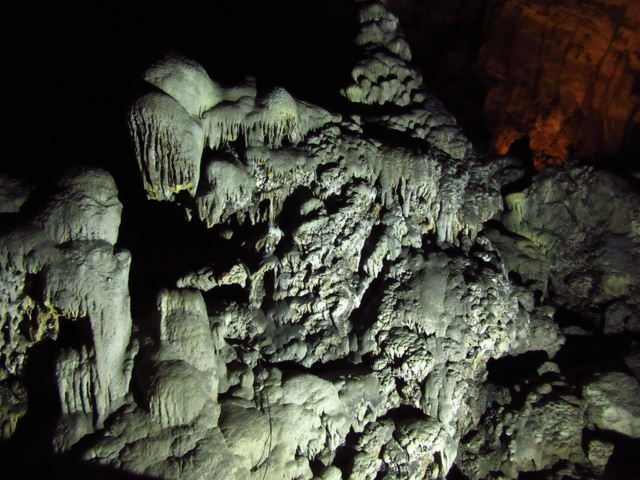 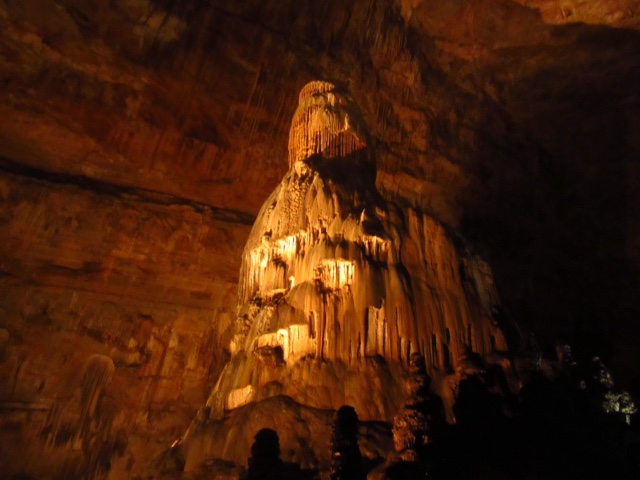 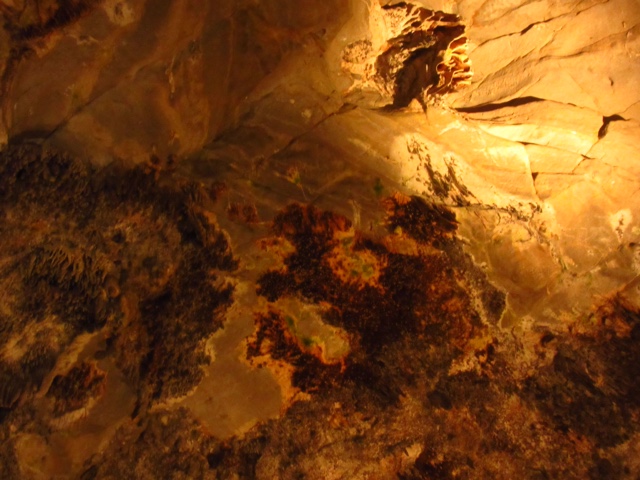 At kilometer 1, there's a baños of all things- 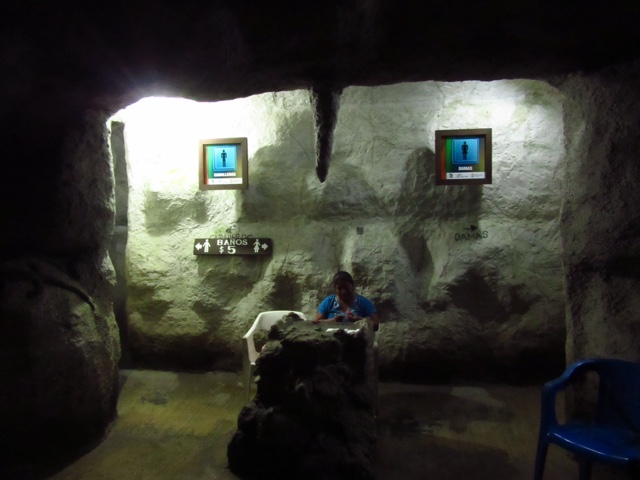 And there's also quite a flat area where the Acapulco Symphony has played!
To come home, I caught a local bus going by- 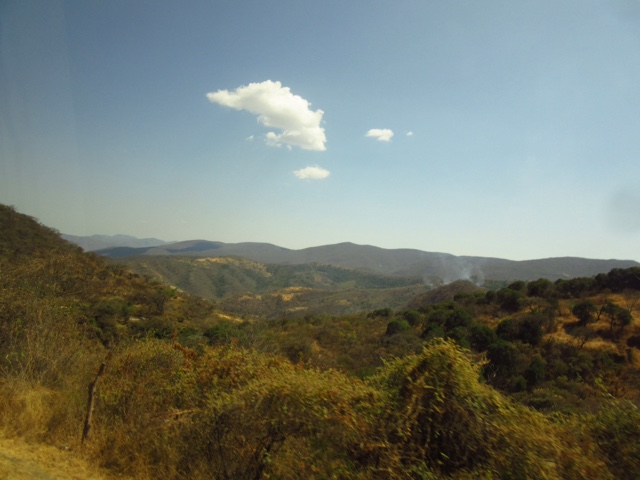 and once in Taxco, had something to eat and visited more silver stores- 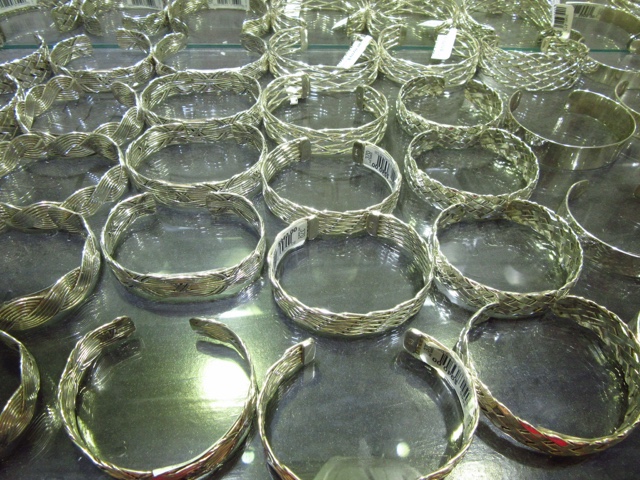 Many items are wrapped, priced and ready to go- 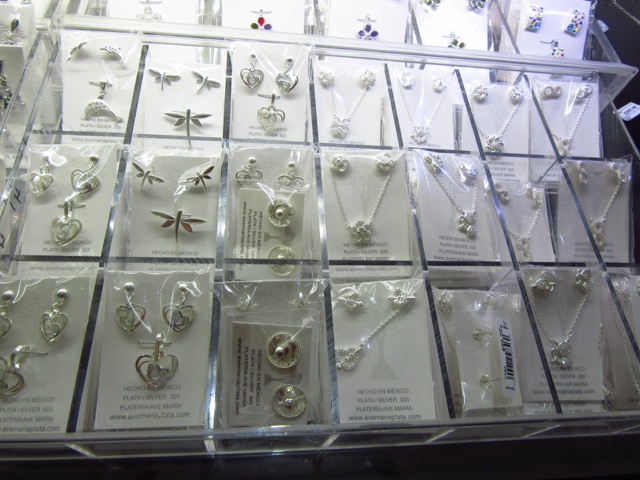 There are hundreds of stores with thousands of pounds of silver jewelry.  You can have anything you like made in a few hours.  It's crazy- 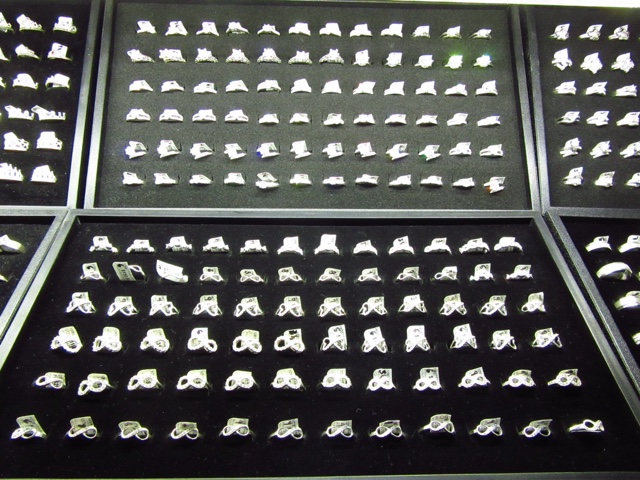 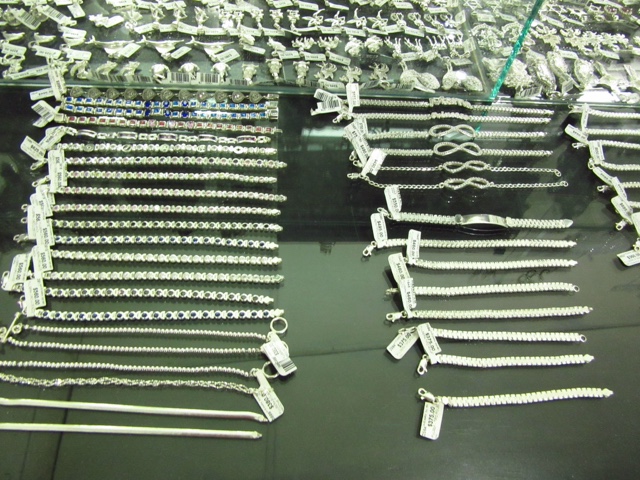 I'm enjoying the garden at my hotel- 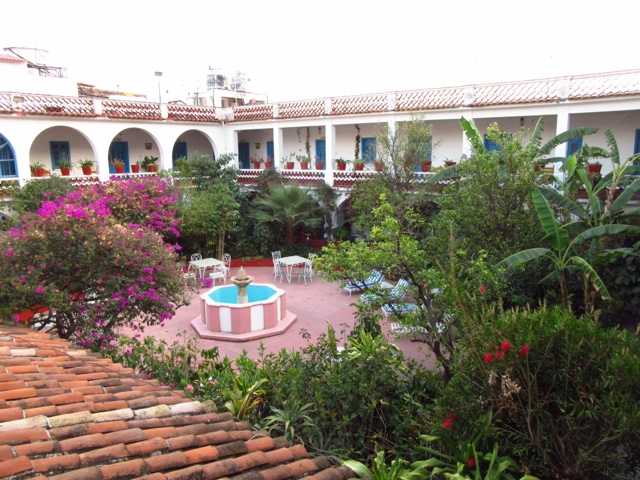 and looking forward to Mexico City tomorrow!
at March 13, 2018