I was up at 5 to catch my shuttle to Quetzaltelango which was supposed to come between 5:30 and 6.  Around 5:15, I thought I better get completely ready to go because if the buzzer rings, it's a minute walk to get out of the house and to the street and I didn't want the shuttle leaving without me.  Thank goodness I did because at 5:25 the buzzer went!  I have never heard of a shuttle being early but I was ready so it was okay.  I sat beside a man from Singapore who was in Antigua with his son who now lives in San Miguel, Mexico.  He is a mechanical engineer and worked on the rigs in Saudi Arabia for a long time.  He went back to Singapore to look after his mother after his father died.  He wants to sell his apartment in Singapore and buy an organic farm somewhere in Mexico.  We had a good visit for a few hours.  I had to change vehicles along the way and got to Quetzaltelango by 8:30.  That was a nice surprise because the travel agency said it was a 5 hour trip.  I checked into my hotel and went wandering to Parque Central, the market for a chile rellenos which was so hot it made tears stream down my cheeks, and around by where I lived while studying here.  I decided I wasn't going to knock to say hello because my "madre" and I hadn't become that good of friends but when I got to the corner, there she was, coming home from the market.  She recognized me and we had a little chat.  She has gained at least 50 pounds since I stayed with her 14 months ago!
Magdelena came to my hotel at 5:30 and we went to a restaurant that she chose.  I told her to pick a place she has always wanted to go because it was my treat.  We went to Cardinalli Italian Restaurant  and had a great visit- 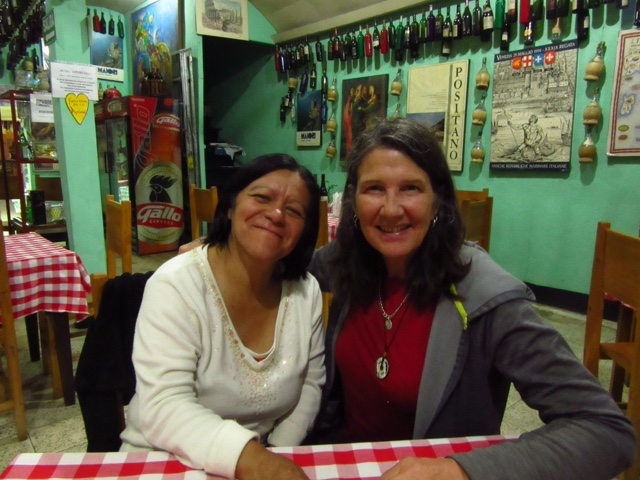 and the best meal I've had on this trip: camarones in a garlic cream sauce- 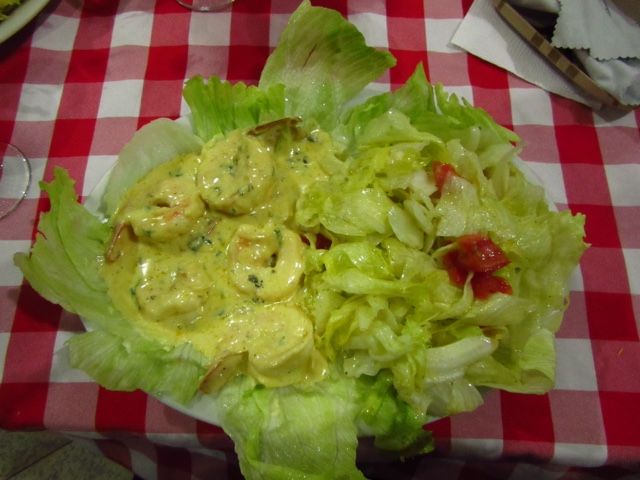 After, she caught a collectivo home and I came back to my gigantic room which sleeps 5!  It's huge.
I'm really glad I made the effort to come here!
Looking forward to catching an 8 am shuttle to San Cristobal Las Casas, Mexico.
at March 01, 2018