It's a bright and sunny day!  I booked a walking tour that started at 10:30 which I thought was perfect because I could get my camera at 10 but the man never showed up until 10:45 so I missed the tour and to make matters worse, he couldn't fix it anyway!  My first stop was Iglesia San Francisco, built between 1710 and 1716.  Even though it's called ISF, it's only Balvanera Chapel.  The first two Iglesia San Franciscos sunk into the ground and the third is sinking as well.  Mexico City was originally built on an island in Lake Texcoco in 1325 by the Aztecs- 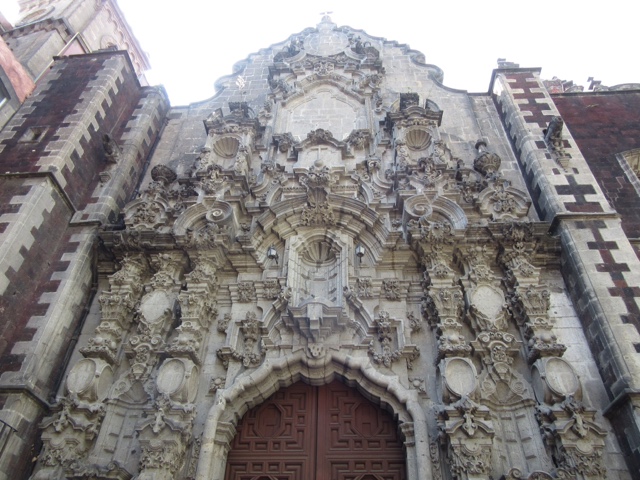 There are huge paintings on the side walls-

The front is gaudy as usual- 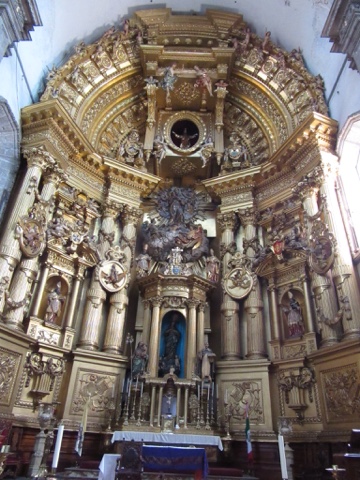 There was a nice display of Salvidore Dali's bronze sculptures in a nearby park.  Nobility of Time and Dancer of Time- 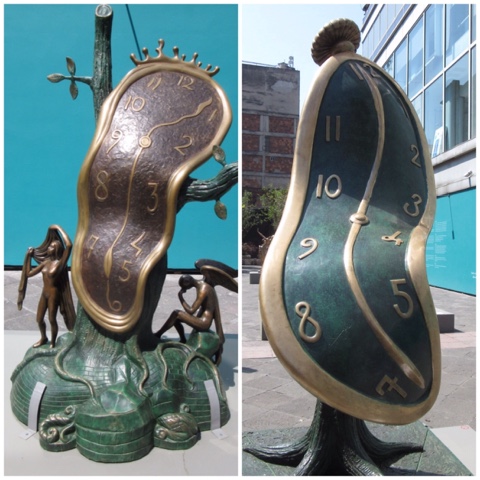 Space Venus and Christ of Saint John of the Cross- 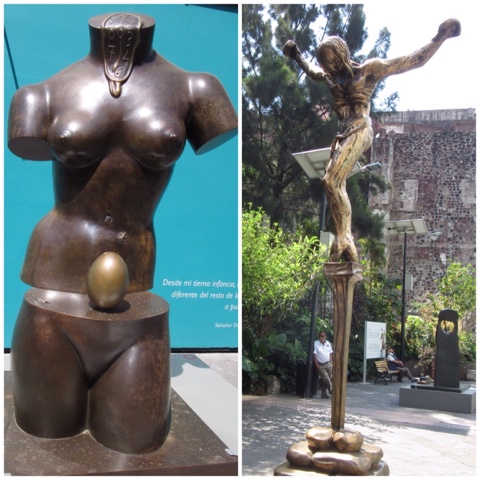 My favorite, Alice in Wonderland- 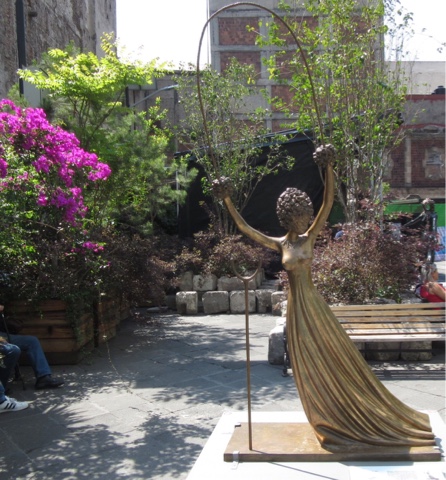 The Casa de Los Azulejos, also known as the House of Tiles is an 18th century palace that was built by the Count Del Valle de Orizaba family.  Three sides of the building are covered by blue and white tiles from Puebla.  Today it's a restaurant- 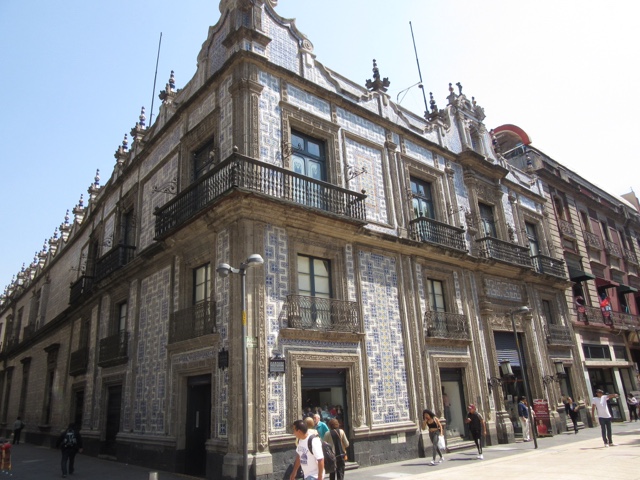 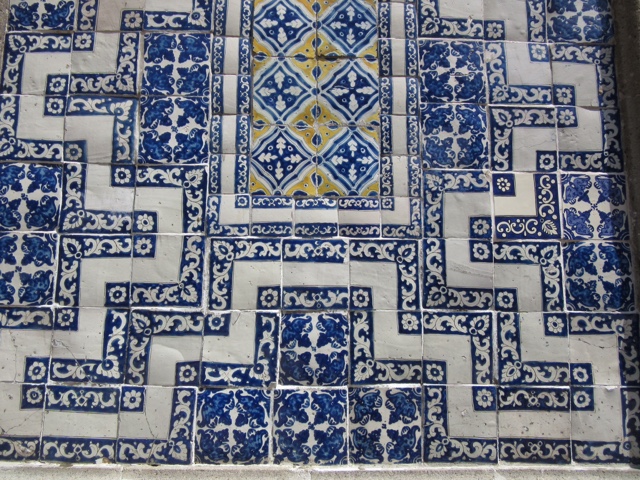 Next was a visit to Palacio de Bellas Artes, first from the 8th floor restaurant in Sears- 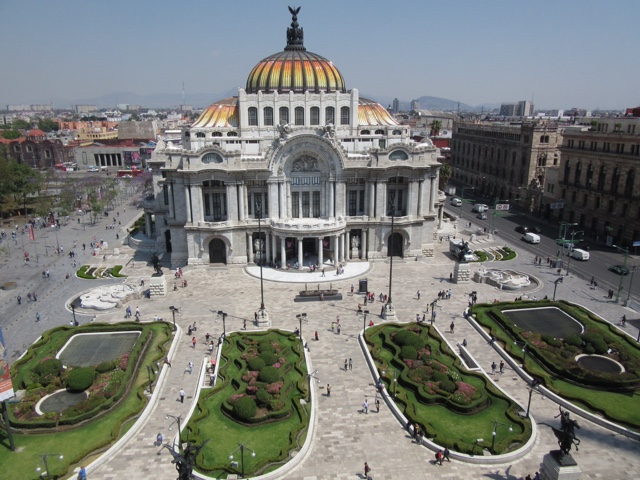 And then from right in front- 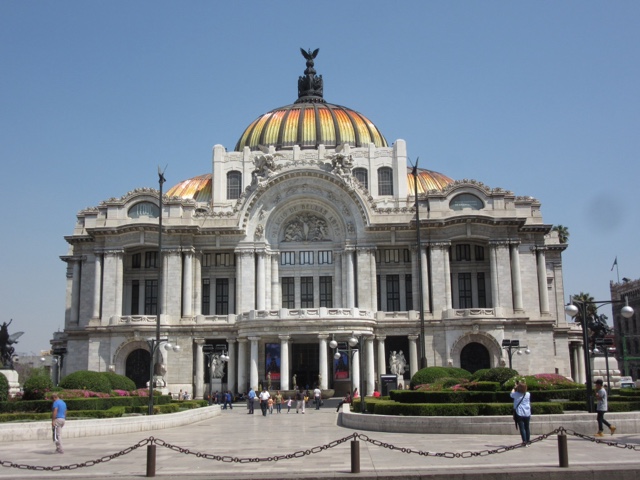 It was started in 1904 and took 30 years to build.  It's neo classical/art nouveau style.  I bought a ticket to the Ballet Folklorico de Mexico on Sunday night so I'll get to see what the inside looks like.  Next to Palacio is gigantic Alameda Park where there are many fountains- 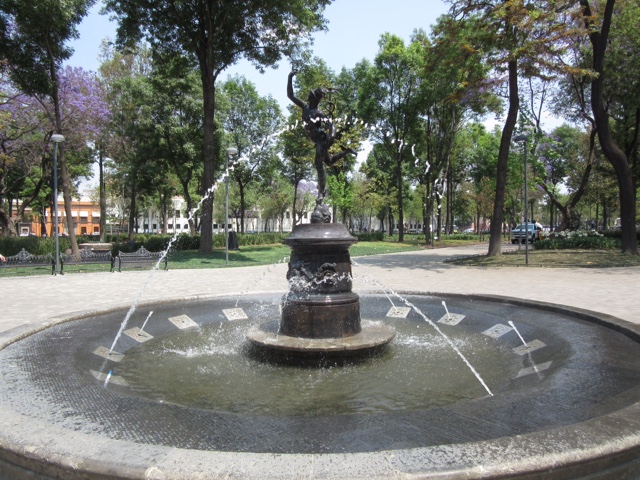 Himiciclo Juarez was built in 1910 to commemorate ex-president Don Benito Juárez Garcia.  It's 55 meters wide and made of beautiful white marble- 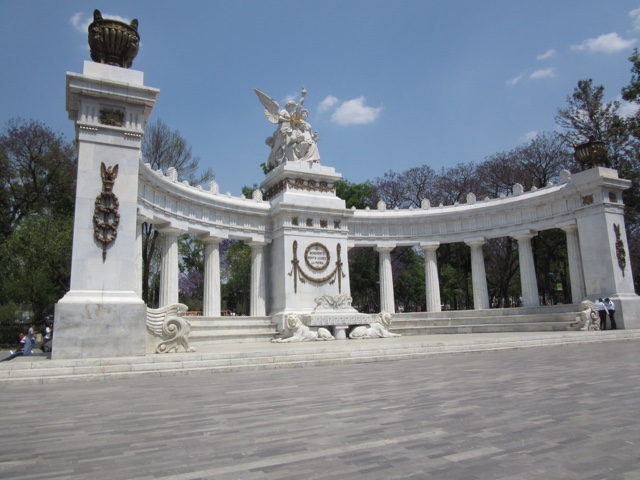 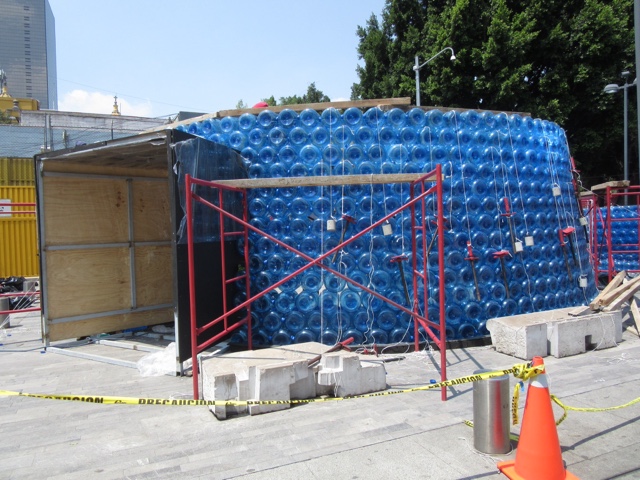 Lunch was tacos al pastor which is pork carved from a spit, like a shawarma but eaten with tortillas.  It's the best tasting meat ever and of course there are bowls of red and green hot salsa, pico de gallo and onions with yellow peppers to add to the delight- 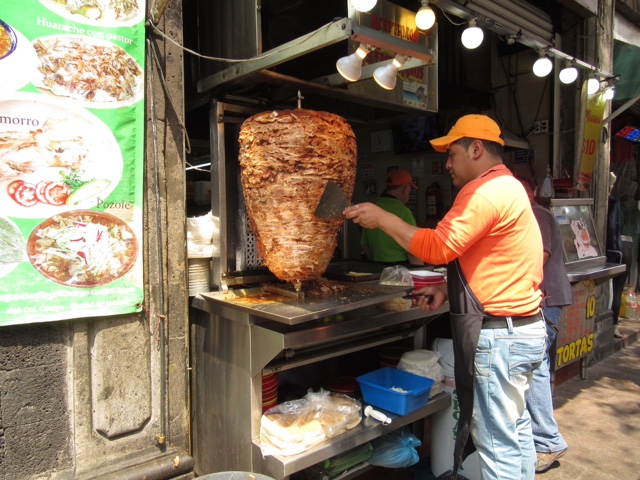 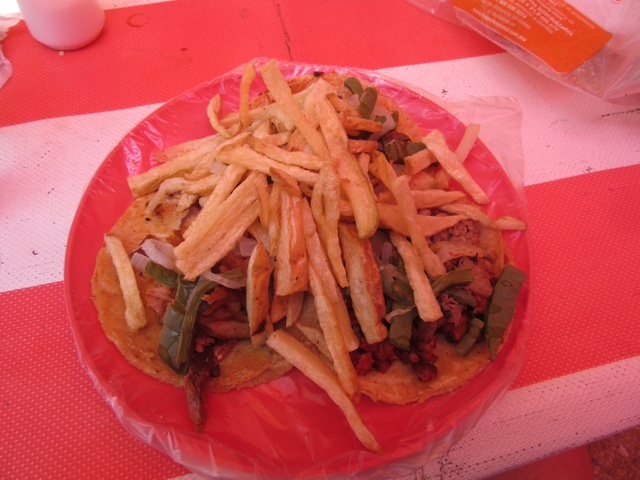 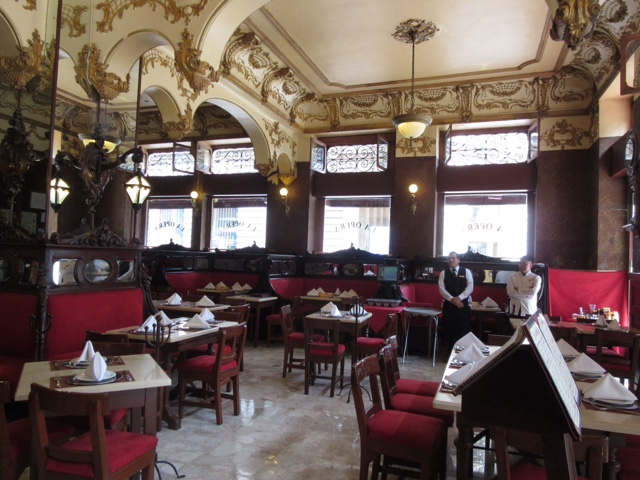 The Metropolitan Cathedralo of the Assuption of the oust Blessed Virgin Mary into Heaven - how's that for a handle?  is as gigantic as its name: 109m long, 59m wide and 65m high.  It was built on top of the Aztec sacred area near the Templo Mayor which was the Spanish plan, to wipe out the Indigenous beliefs with Catholicism.  It was built in parts from 1573 to 1813- 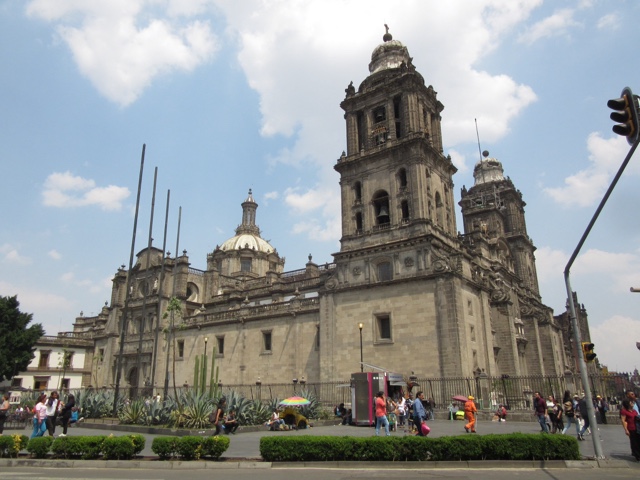 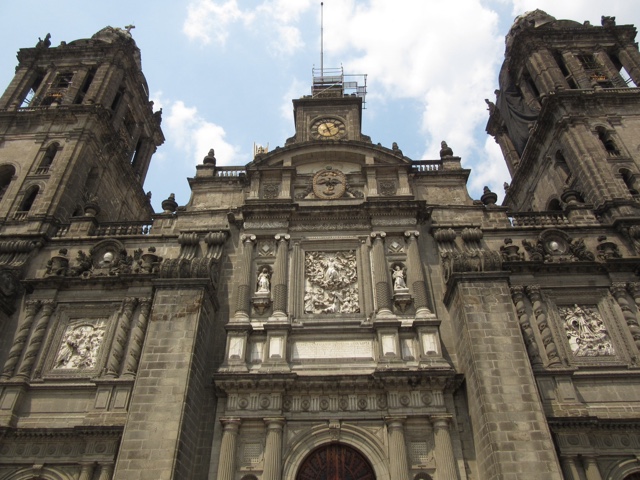 The front doors are beautiful- 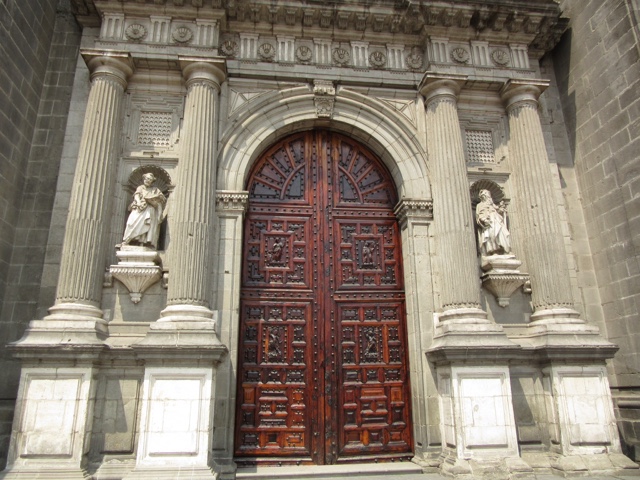 Inside are the two largest pipe organs in the Americas- 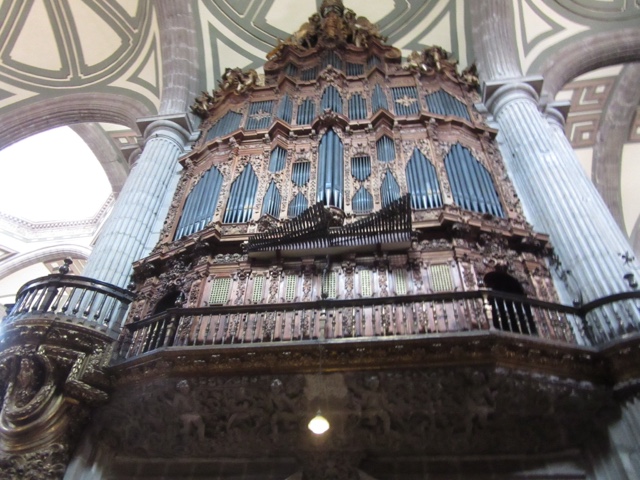 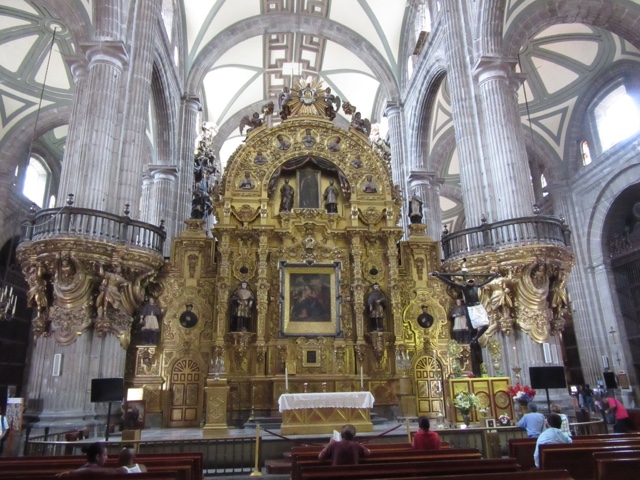 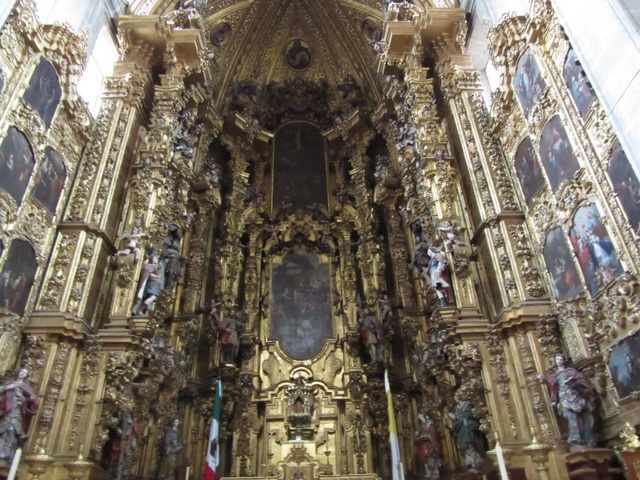 The Major Sacristy doors are beautiful.  A sacristy is where the archbishop and other priests get prepared for mass.  The most important Holy elements are kept here- 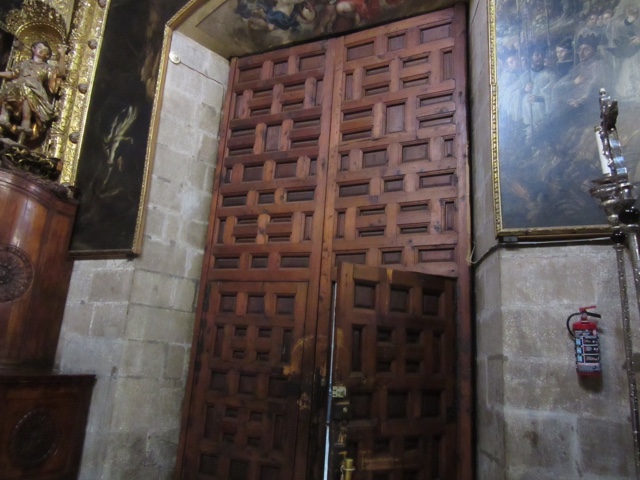 Paintings on the walls depict the Apocalypse, the Virgin and Jerusalem- 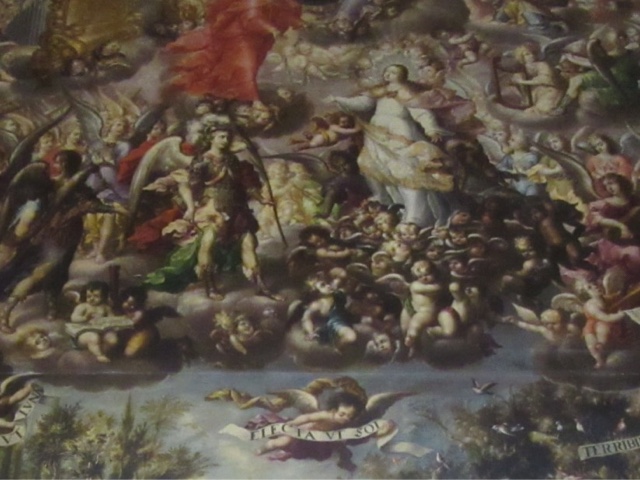 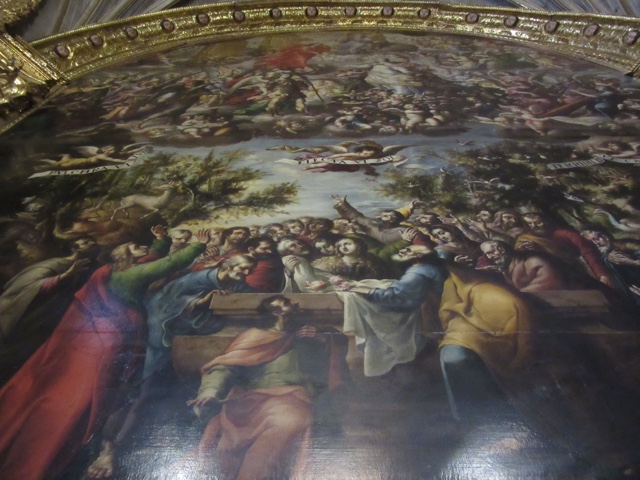 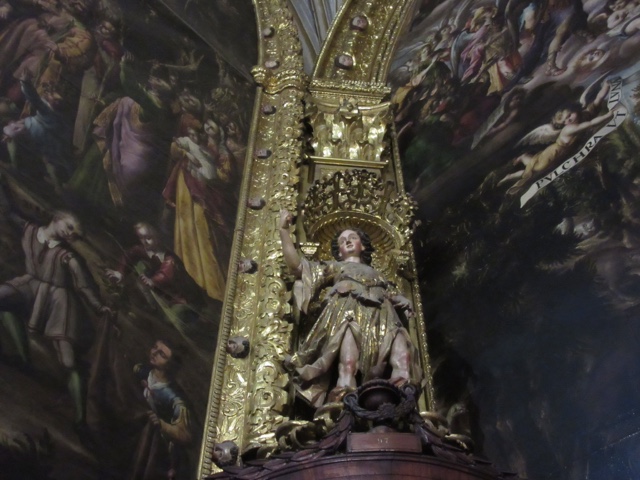 There were Aztec dancers in feather headdresses, shell or nut ankle bracelets and snakeskin loincloths  dancing to a drum beat and chanting in Náhuatl in the plaza nearby- 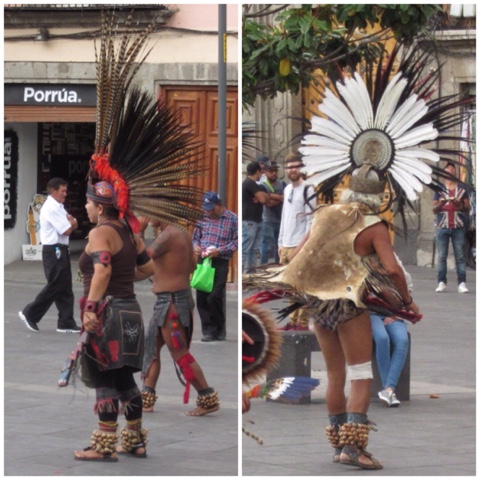 I stopped at a restaurant for a beer in the sunshine and 15 minutes later it was pouring.  While there I visited with a woman from France who spent 10 years in prison here for drugs that were planted in her suitcase.  She was caught on her way home.  She's a writer and artist and spent yesterday with members of the Elizabeth Fry Society Toronto branch.  She got married while in prison and now calls Mexico City home.
The rain let up enough for me to get home but then it really started and poured for 2 hours with loud thunder.  I went for an evening walk but was in bed early.  I'm enjoying my last few days!
at March 15, 2018