I had a great sleep until 8!  When's the last time I did that?  Hope tonight is just as quiet.  I wasn't sure if I was going to extend my stay at Hub Hostel for another 2 nights so I wandered around and checked out a few other places.  It's really weird because most rooms do not have windows and if they do, they open to an inside hallway.  This makes for a stuffy sleep so I've decided just to stay where I am.  It's as cheap as anywhere, very central and I have a window that yes opens to a hall but the hall has a door that opens to the outside.  I saw this Nice wall art along the way- 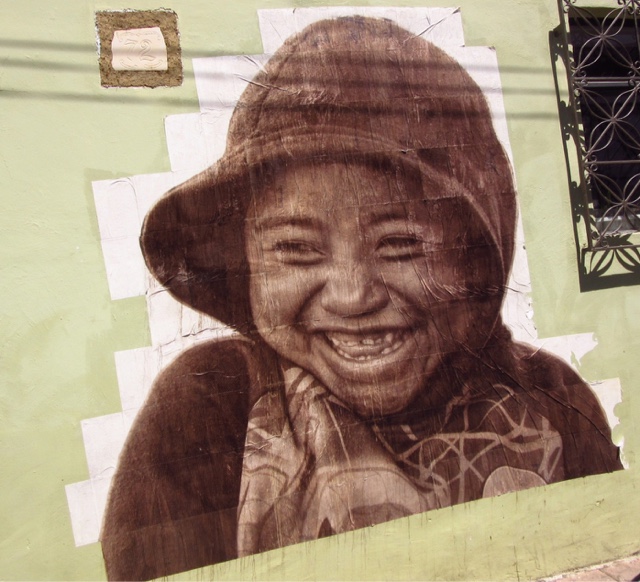 The Catedral de San Cristobal in the Zócalo, which means 'main square' is being renovated since the recent earthquake- 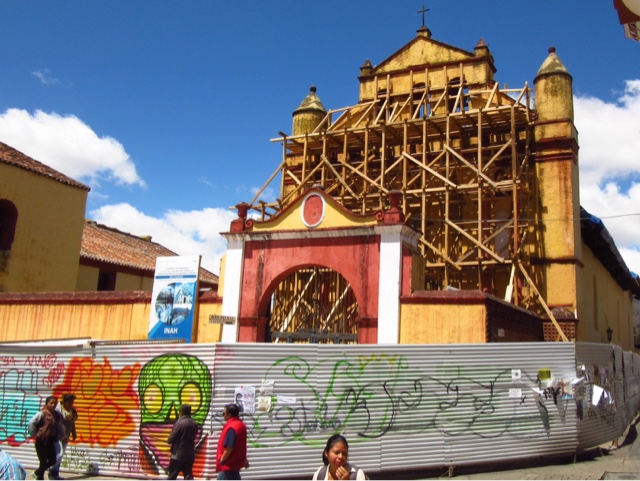 It's huge but impossible to visit- 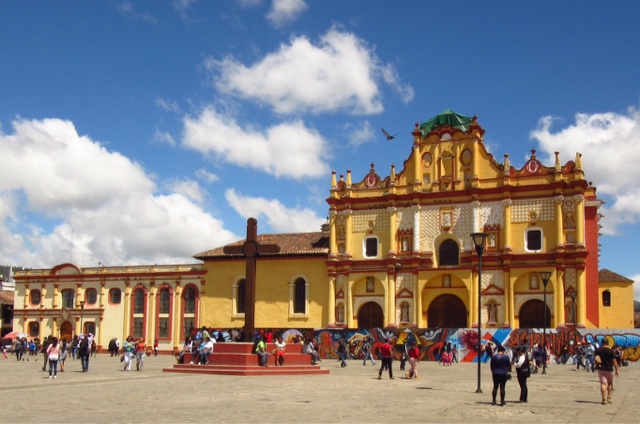 I stopped at La Viña de Bacco for a glass and was served a slice of bread with a great salsa on top.  I also spent an hour or so visiting with a young woman from Holland.  The bar serves wine from Mexico of course, but also Chile, Argentina and Spain.  The wine menu is extensive and one can order by the glass or by the bottle.  Tapas come for free as well as popcorn.  There are musicians playing in the street and people walking by.  It's a great way to spend an afternoon- 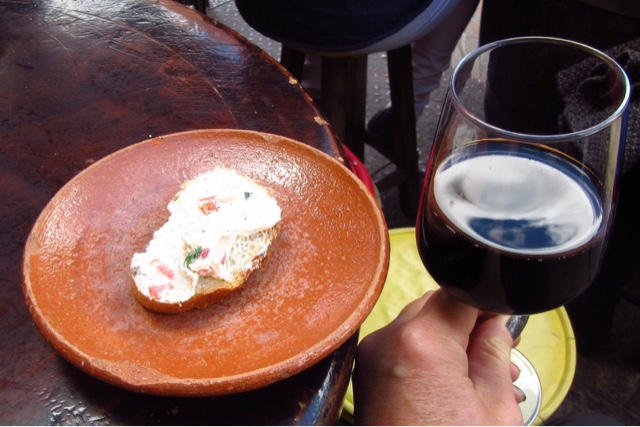 While sitting there, this little guy came along.  He's 5 and was out ALL ALONE selling little wooden bobble head animals for 25 pesos, or $1.70.  He said his parents were at home!  I bought one and gave him the rest of my Coke.  I probably shouldn't have bought it because it will encourage his parents to keep him out of school to make money but I thought it was Saturday and he's only 5 so...... 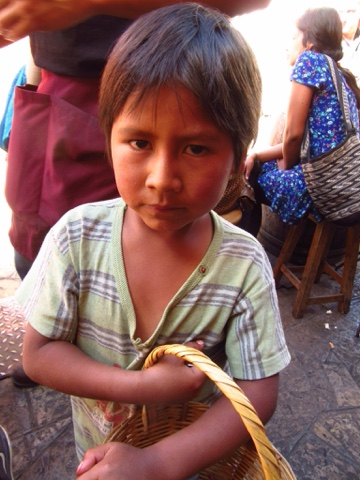 I wanted to check out the Museo de la Medicina Maya but even though the website said it was open, it wasn't.  I had an interesting walk: through the mercado and I saw this interesting posada- 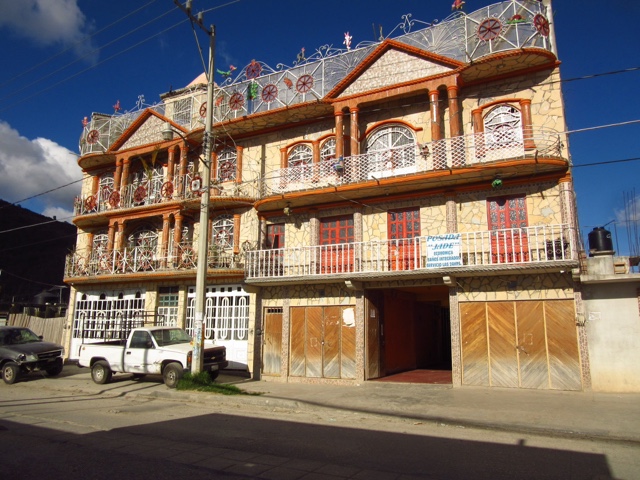 I stopped for some pollo asado and saw the tortilla maker.  This is cheating I think- 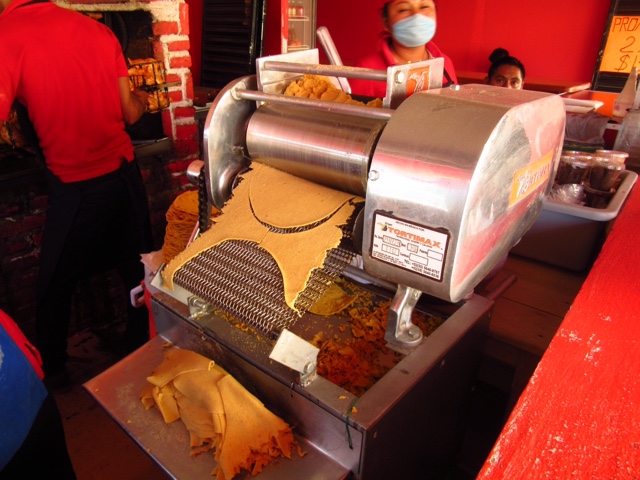 There's always someone whose only job is to collect the money and it's usually a man.  The women work very hard- 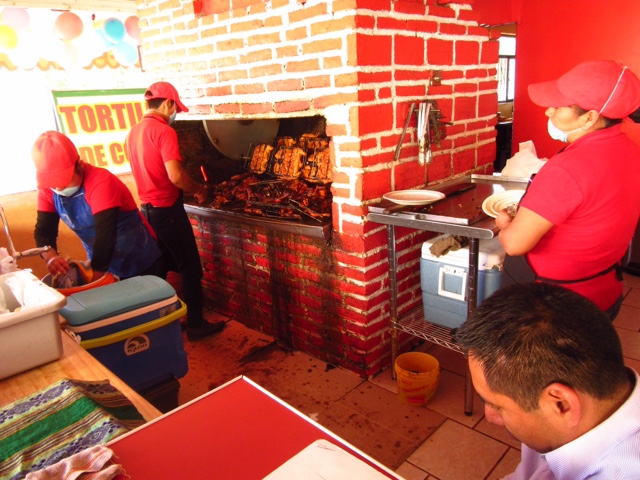 My supper cost $2.38 and for that I got an oven roasted white onion and hot spicy pepper as well as a fair bunch of roasted chicken, very spicy rice, super spicy hot sauce and 3 tortillas.  I don't usually like tortillas because they're so bland but these weren't bad.  Maybe it was because my mouth and tongue were on fire and I really couldn't taste anything- 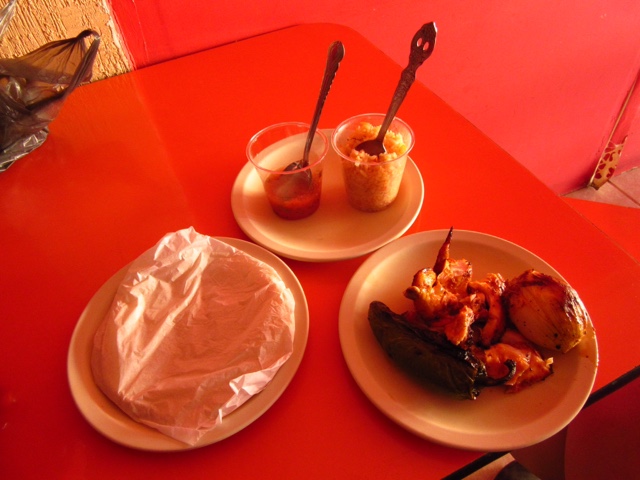 After supper, I went to the ADO ticket office and booked all but one of my bus trips for the next 2 weeks.  How convenient is that?  I've looked on line and it would have been a nightmare trying to do it that way.  I also booked 2 day trips while I'm here: Palenque and tomorrow the Sumidero Canyon for a 2 hour lancha ride, then a visit to Chiapa de Corzo and later 3 mirador views.  Looking forward to it!
at March 03, 2018