Today was one of my best days ever.   I  went trekking in Volcanoes National Park, close to the town of Musanze, Rwanda to see the mountain gorillas.
The Sacola cultural dancers greeted us at the departure point- 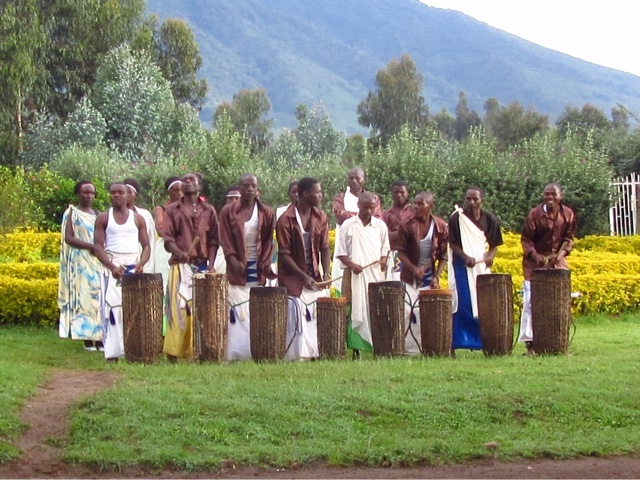 They beat their drums and danced around, hooting and hollering for about half an hour.  It was a cultural experience that I didn't really appreciate.
On the way to the gorillas, there were many people carrying huge loads to market- cassava leaves and 100 pound sacks of potatoes or charcoal.  They walk for miles- 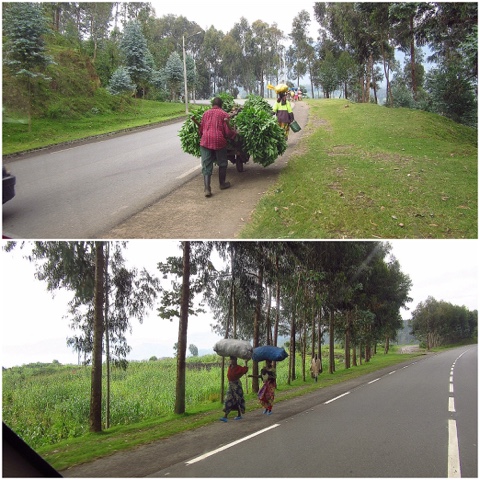 Unless they are lucky like this fellow and 'catch a ride'- 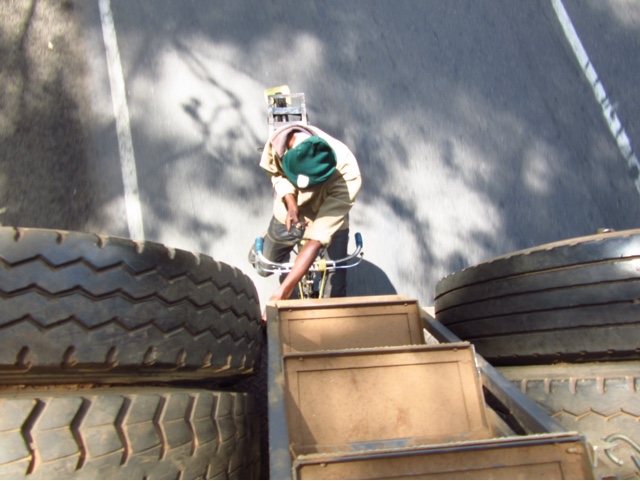 We towed him uphill for miles.  He even used his cell phone while hanging on to the back of our truck!
Once  it was determined which of the 10 gorilla families we would get to visit, Adam, Brad and I hopped in a van and we were off.  Lucky for us, we were the only 3 in our group.  Most have 8.  We had to hike about 1.5 hours, uphill, through bamboo- 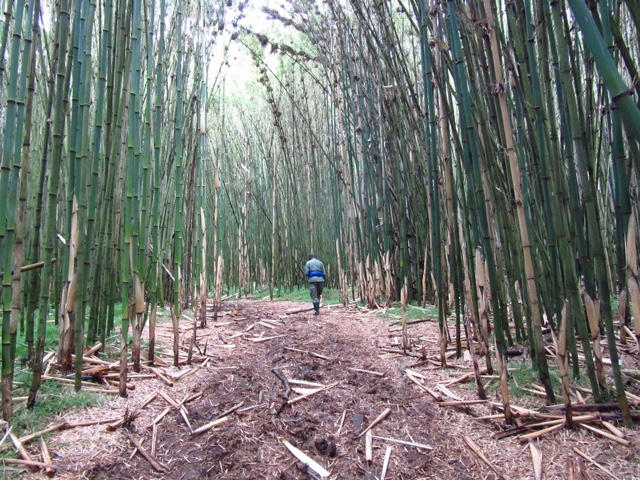 And mud, and later, through stinging nettles and other vegetation- 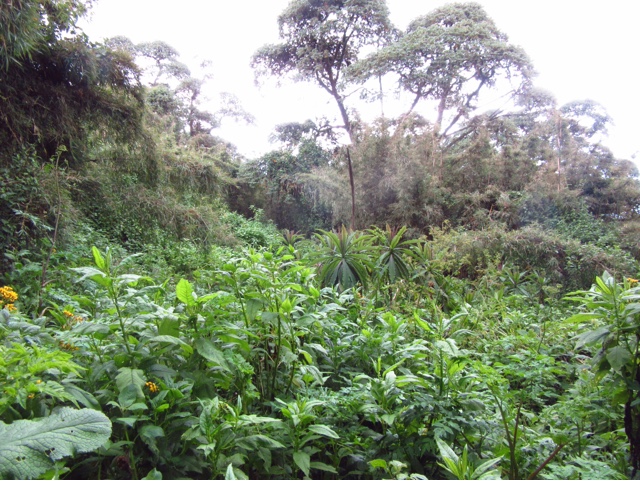 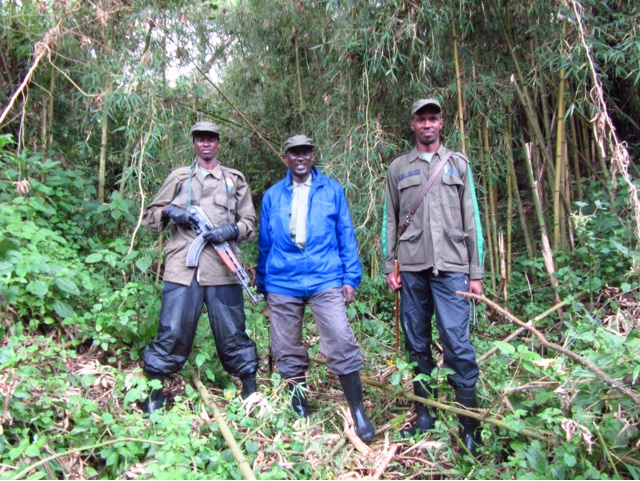 Constantly track the gorilla families until they start making their nests for the evening.  In the morning, they find them again, then meet the groups and lead them to- 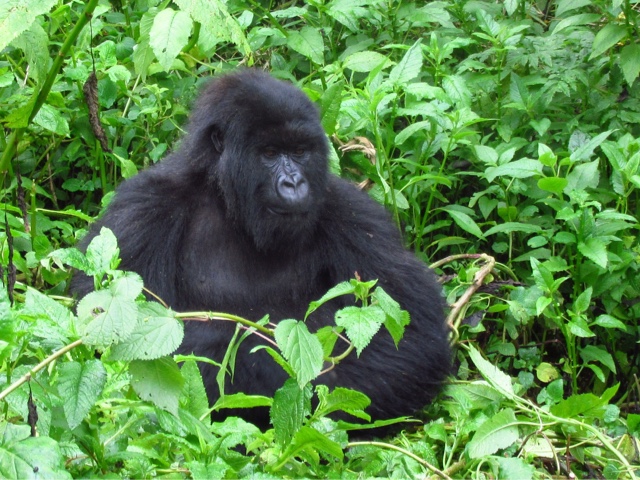 It was very emotional for me to see them.  They have been poached, nearly to extinction, but thanks to people wanting to see them and willing to pay the $1000 !!!,  the government has rangers watching them continuously and former poachers are getting money from the tourist fees and realizing the gorillas are more valuable alive than dead.
Each family has a large silverback - the alpha male, numerous females and quite a few babies- 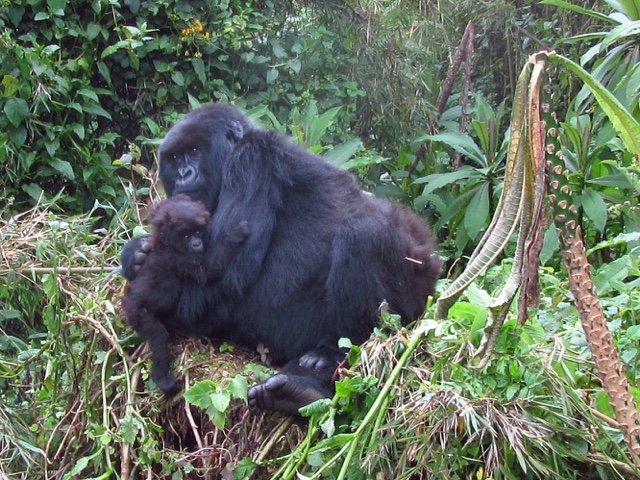 The mothers are so maternal - hugging and kissing their babies- 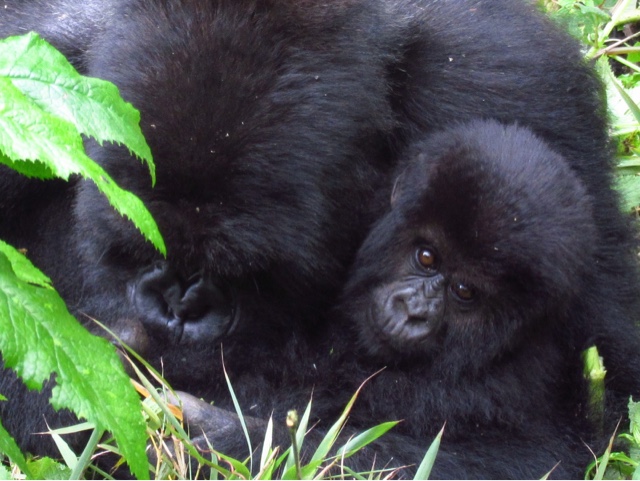 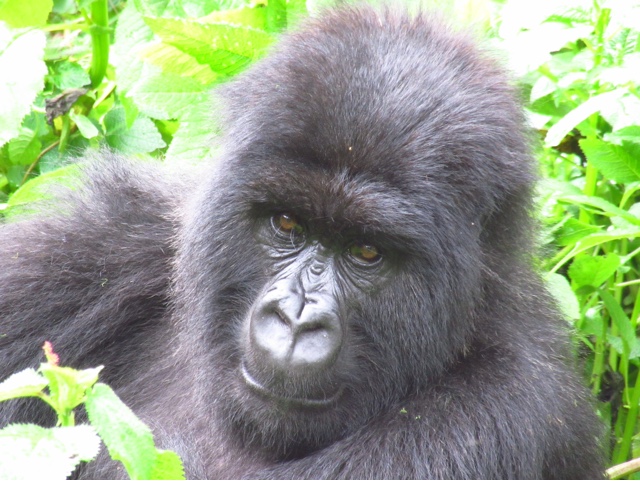 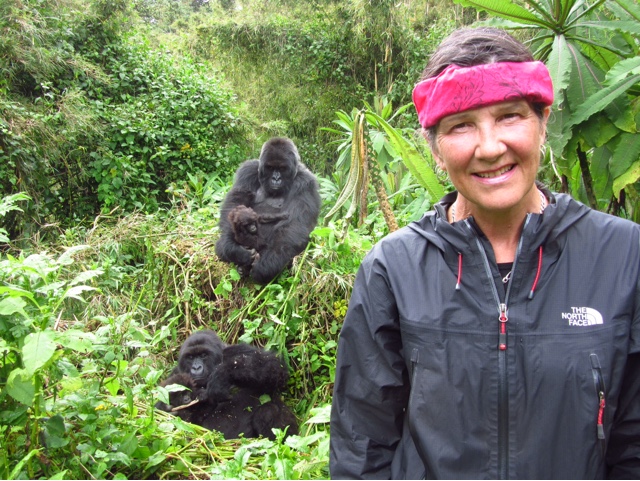 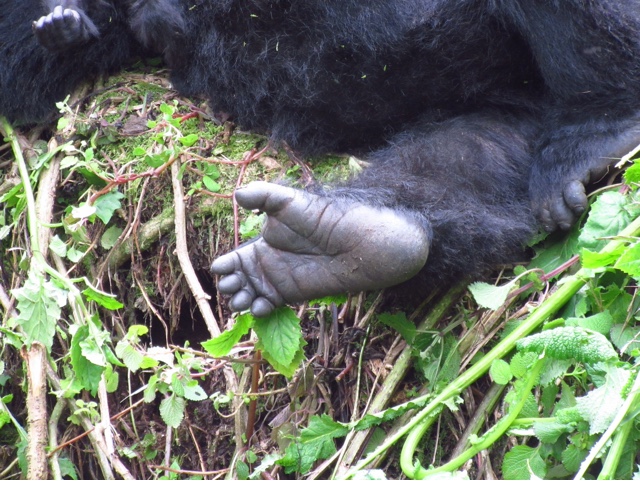 Crazy looking!  While we were watching them, most slept, farted, cuddled or looked at us, but none approached.  The closest I was to them was about 6 feet.
The silverback weighs about 220 kg.  His arms are massive- 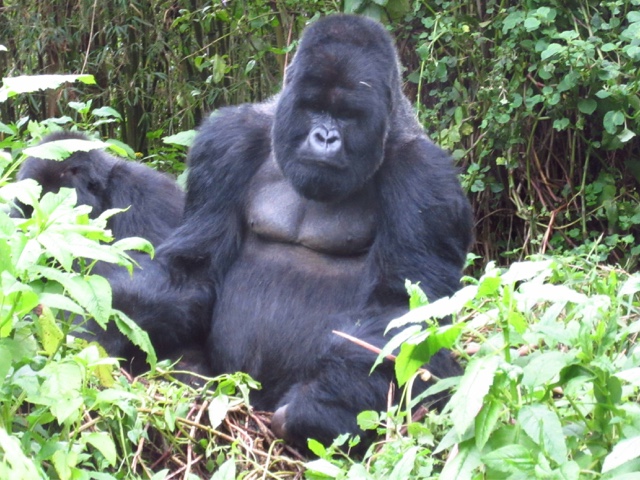 He slept the whole time we were there until the guides started making funny sounds trying to wake him up.  Finally he sat up and looked at us for about 5 minutes, then laid back down. It was a great way to spend Christmas Eve.  Tonight we're having French onion soup, decorating the truck, drinking egg nog and just enjoying our time in Rwanda.  Merry Christmas!
at December 24, 2015