On Fridays, students and their teachers visit families that are financially supported by the school, thanks in part to our tuition.  Some are helped out with housing- 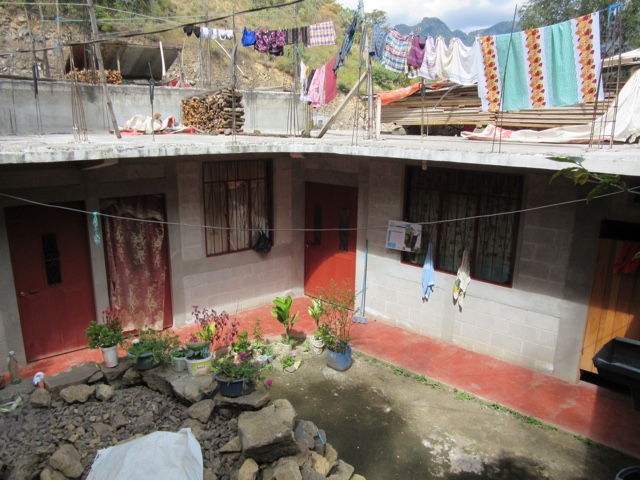 food and scholarships for primary/secondary schooling.  Mynor and I visited- 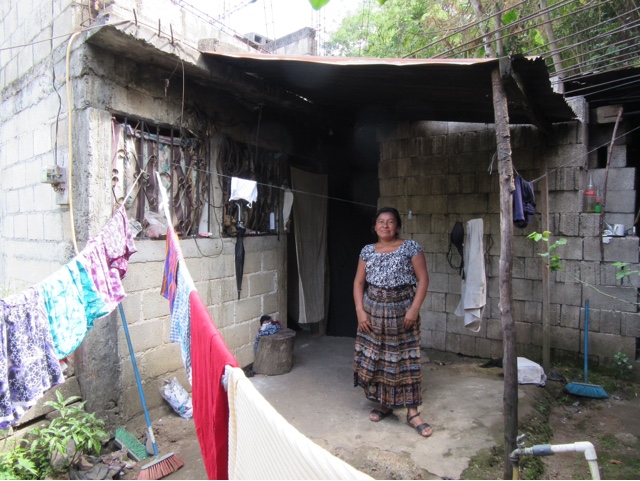 a mom and her daughter who live here.  The Dad was killed a few years ago and so the Mom needs a little help.  She has an electric sewing machine and makes blousas which she sells at the mercado.  She is standing in front of her home.
Our next stop was down a narrow alley to a sheet of tin doorway.  A blind man about 30 answered.  His mother came to the door too and spoke in tz'utujil, the local Maya language, because she cannot speak Spanish.  She only had about 5 teeth and the two on the bottom in the middle flapped when she spoke.  Her son was born blind so she cannot work and relies on the handouts from the school.  Both families were very happy to see us.
While we were walking, we came across this funeral door.  Someone here has died and it is tradition that they be buried on the same day or the next.  I like the choice of white rather than black as white signifies hope to me and black, well denotes anger or fear- 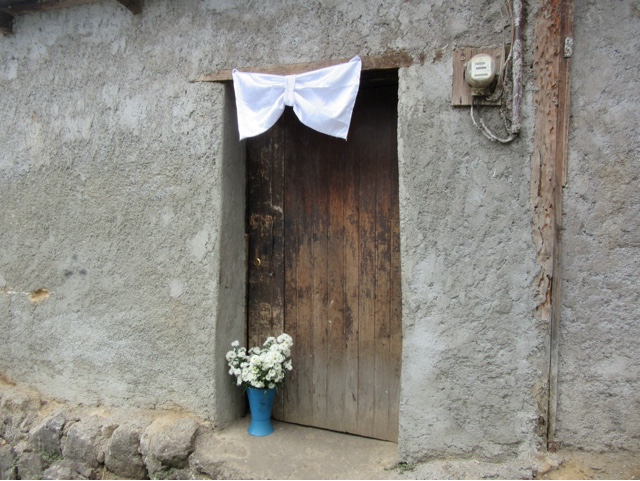 The school supper was uneventful.  I visited with other students, one being a woman who grew up in Shellbrook!! but now lives in Kamloops.  Ron was flowing and they mix their drinks very strong!
Afterwards, the family went to church- 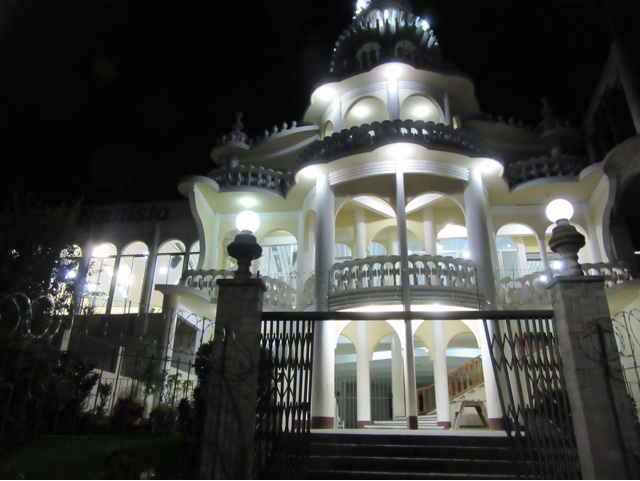 50% of Guatemalicos are Catholicos and 50% are Evangelicos.  My family is Evangelico.
Maria sings with the choir- 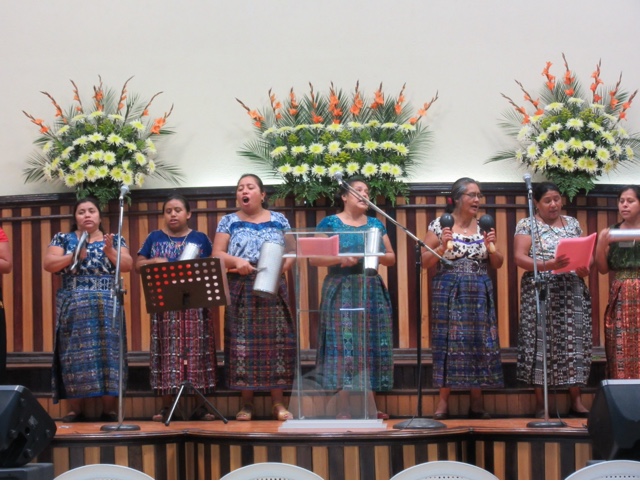 She is the third mujer from the left.  They all play instruments so it is very difficult to hear the words.
Elenita accompanies on drums- 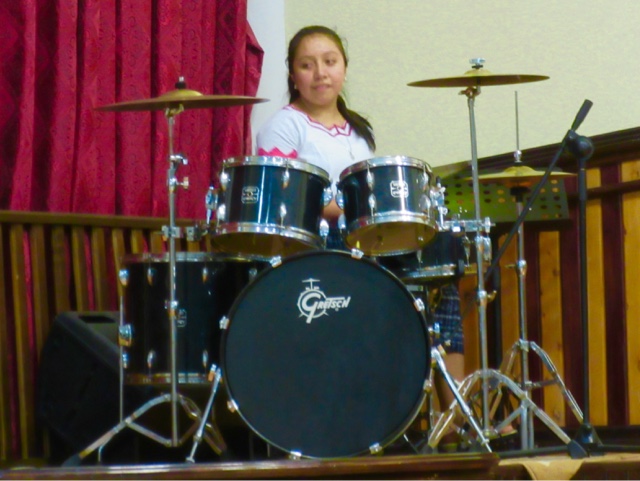 I only stayed an hour but there was singing by the choir and the congregation, bible readings, and prayer.  Just about everyone, probably 100 people, ended up front at the altar, saying their prayers out loud.  This went on for about 15 minutes.  If they don't want to go to the front, they kneel facing their chairs and put their faces into the chair.
I came back to the house and thought I should share the back of my door- 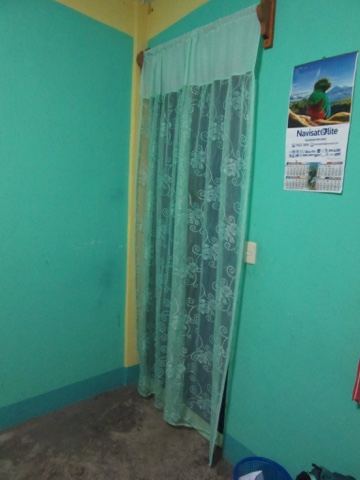 There is a large steel door leading into the hallway but a curtain for added privacy when the door is open.
I've decided that 2 weeks in San Pedro is going to be sufficiente so I've applied to the Escuela de Español Sol Latino in Quetzaltelango where I'll study for 2 weeks.  I don't really like my teacher here and it was interesting last night when another student commented that he seemed arrogant to her.  I felt better hearing that, thinking that it isn't just me.  Don't get me wrong, it's not that I'm not learning, I am, it's just his attitude could be better.  Also, there isn't a lot to do in San Pedro!
Speaking of learning, I start the past tense on Monday!  Moving up in the world!
at November 26, 2016