I headed out on a scooter this morning to see Hellfire Pass and Saiyok Noi Falls.

Hellfire Pass is the longest pass along the Burma Thailand rail line.  It's in two parts - one 73 meters long and 25 meters deep, the second 450 meters long and 8 meters deep.  Work began in April 1943 without machines.  First, the jungle had to be cleared, then the soil moved until the rock was exposed.  Then, one man held a drill or 'tap' while another hit it into the rock with a 10 pound hammer.  When the hole was deep enough, dynamite was inserted, the rock was blasted, the loose stones were hauled away by hand and the process was repeated. 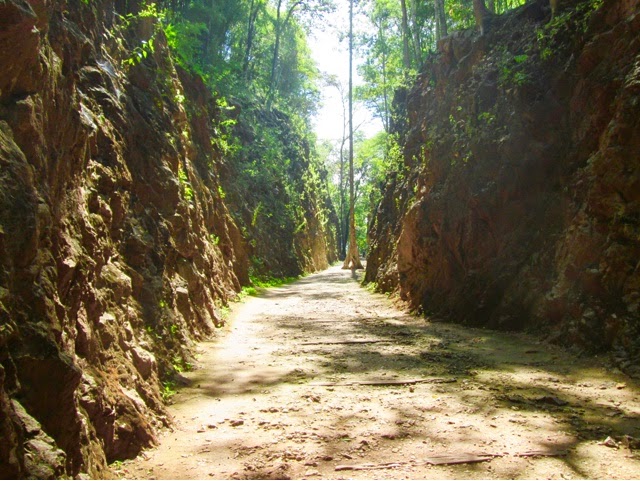 When the men were falling behind, the 'speedo' process was put into place.  This meant shifts became 18 hours long and torches were used to light the area.  The way the flames danced on the rocks gave the place its name.

There's a nice museum with this peace monument- 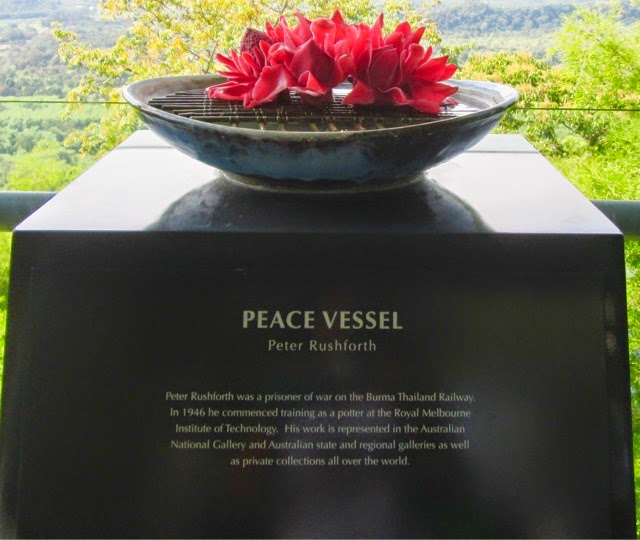 The Kwae Noi Valley with Burma in the distance- 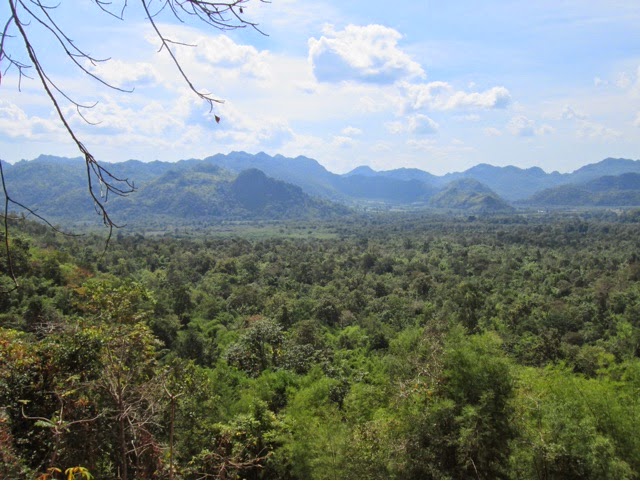 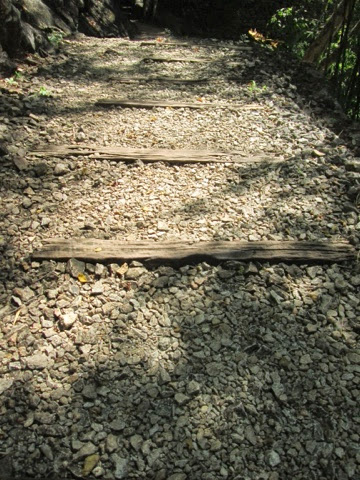 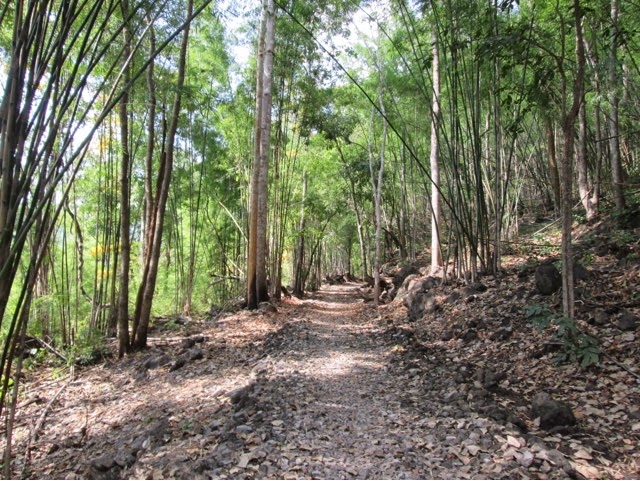 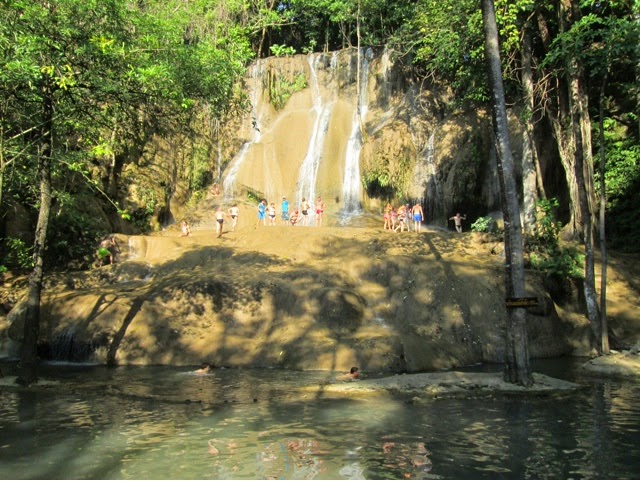 There are many food stalls along the streets so I had a chicken skewer with 4 chunks of sweet and sour chicken on it for 35 cents.  It was delicious.  I stopped at the next one and asked again for chicken,  This time it was chicken livers!  Yuck.  I had to get that horrible taste out of my mouth with a bowl of Tom Yum soup!

Tomorrow we have an early start - 6 am as we head south to Surat Thani.