In Kanchanaburi, 60,000 Allied POWs and 120,000 conscripted laborers from Southeast Asia were used by the Japanese to build a bridge connecting Thailand to Burma as a supply route for Japan to gain access and control other west Asian countries.  Japan occupied Thailand in 1942-1943.  It was estimated that it would take 5 years to link the 2 countries over 415km but it took only 16 months. 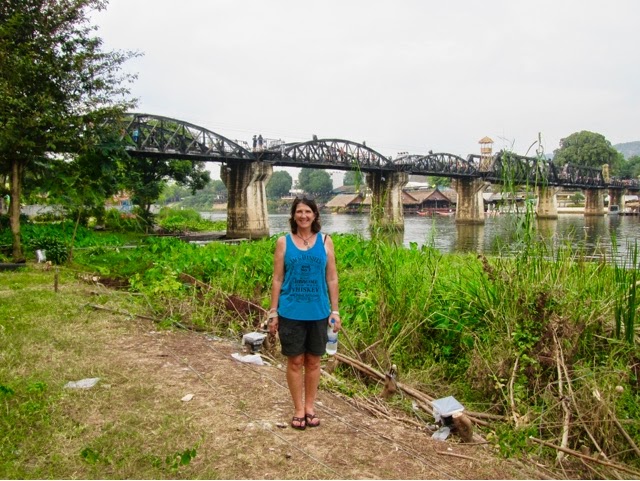 It was only used for 20 months before the Allies bombed it, then it became an escape route for the Japanese. 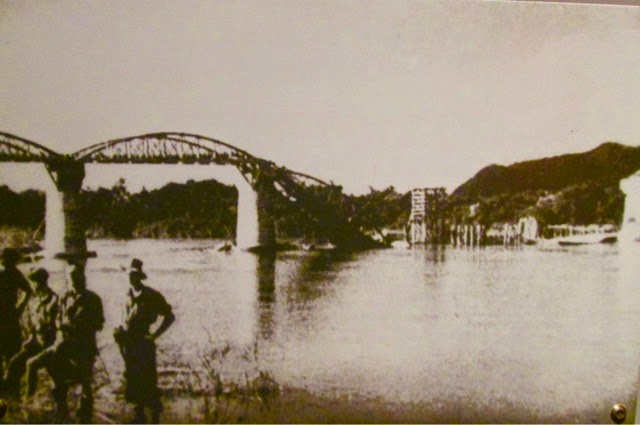 The Death Railway Bridge, also known as the Bridge over the River Kwai is 300 meters long.  The center part is not original because it was bombed in 1945. 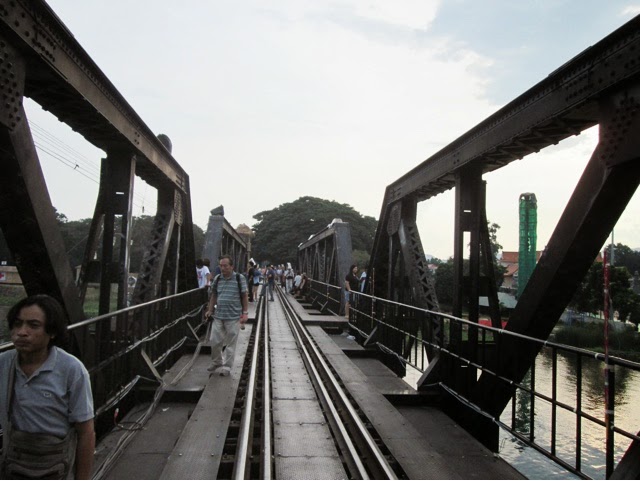 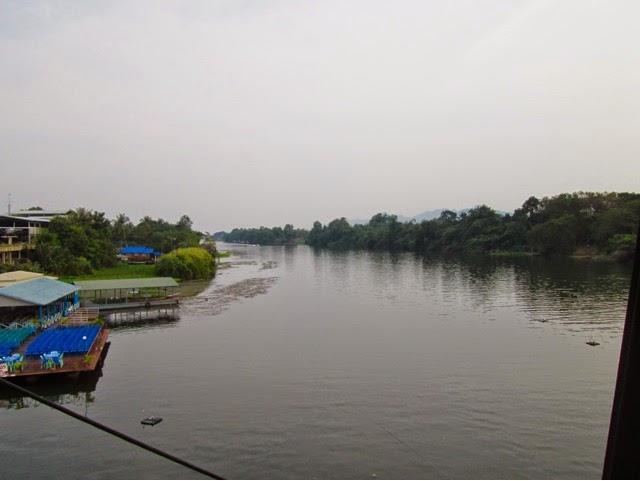 The Allied War Cemetery has 6982 POWS interred.  About half were Brits and most others were from Australia and the Netherlands.  They think about 100,000 workers died during the construction of the bridge, most from southeast Asia , however, there isn't one grave to remember them. 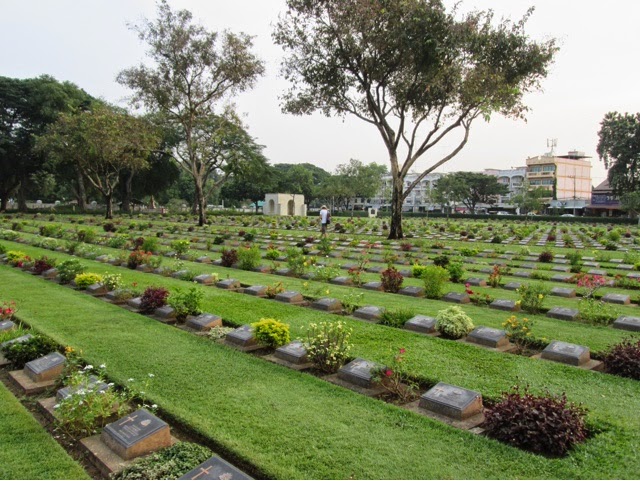 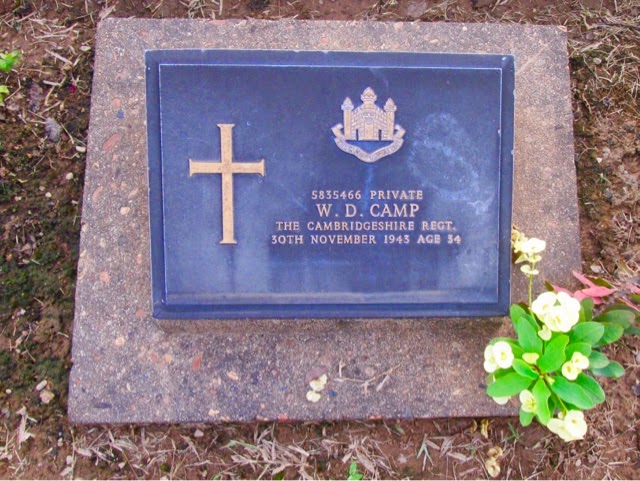 The Chinese cemetery is adjacent- 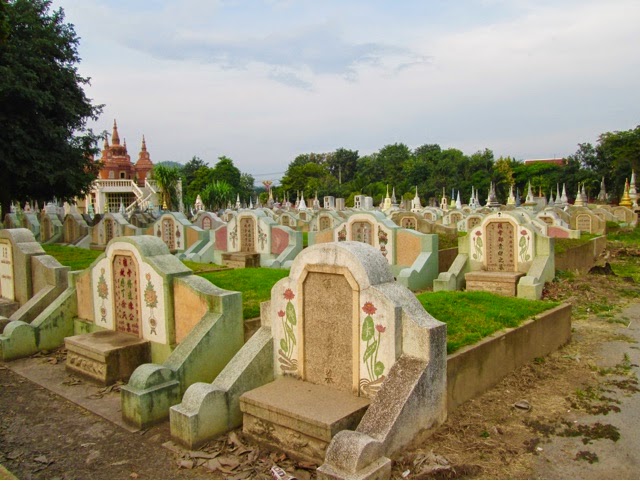 Notice the numbers on the tombstones- 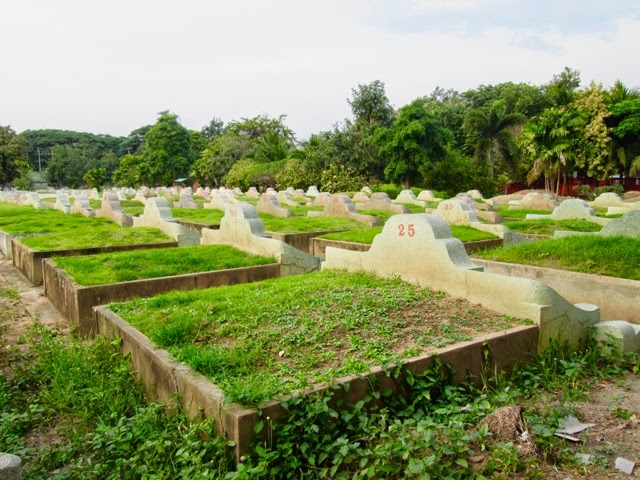 There is an interesting market here selling everything like 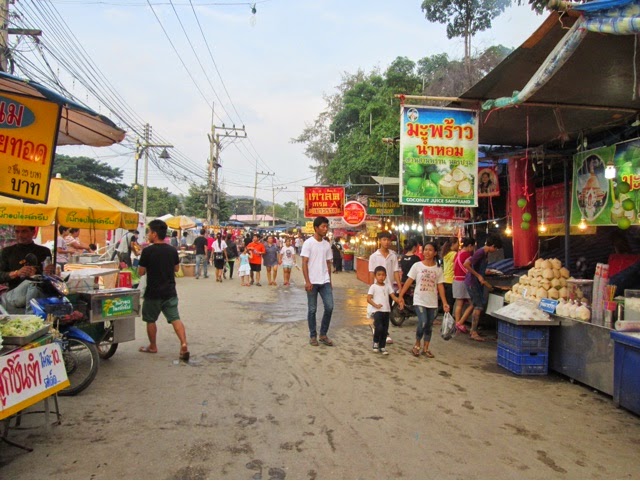 chestnuts roasting in chips of coal- 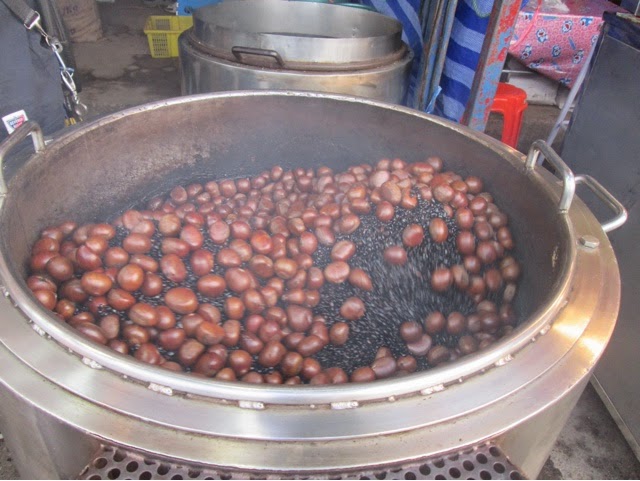 Larvae, grasshoppers, beetles and who knows what- 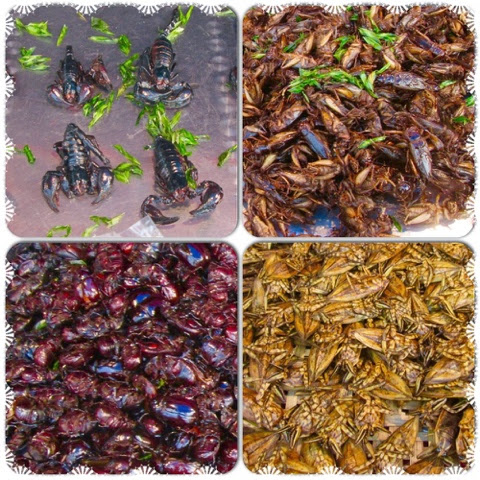 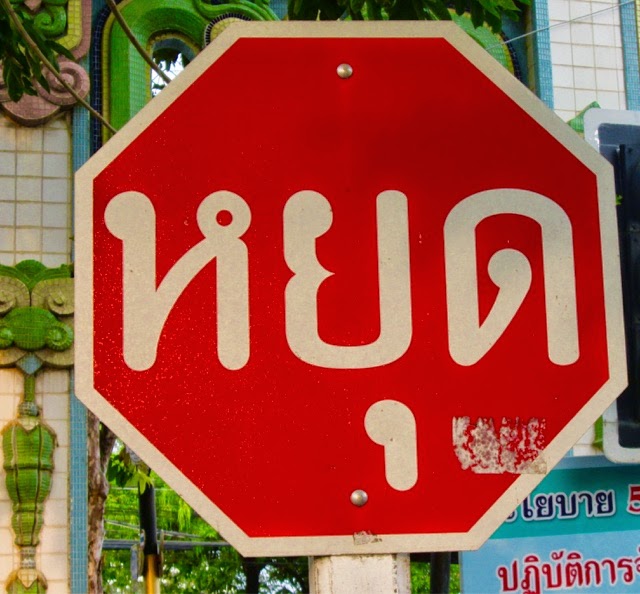 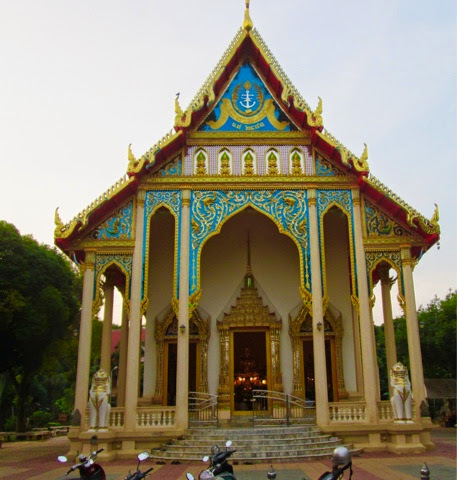 Notice the monks sitting in front of the altar, as always, wearing orange- 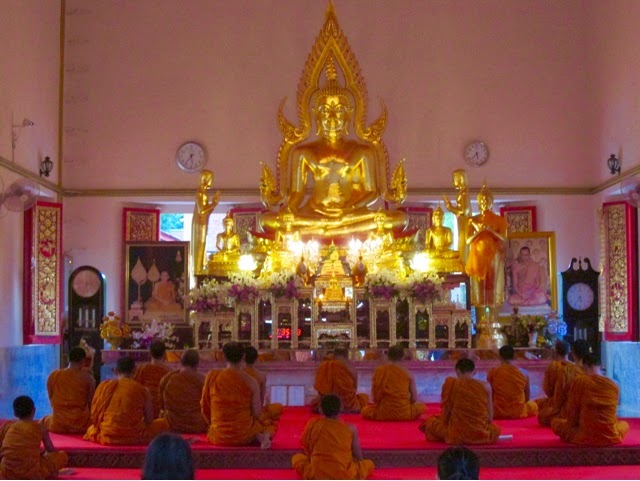 Today was hot and humid - feeling like 39 degrees.  I've rented a scooter for 24 hours so the breeze is nice!