What a night!  I got to bed about 8 and lay there, tossing and turning.  At 10, one of our Pakistani drivers decided to have a very loud telephone conversation while in his tent.  Tent walls are not soundproof so I put on my shoes, got out of my tent to go over to his when I saw Tyson approaching his tent.  Tyson pushed on the side and the driver pushed back so Tyson kind of lost it.  He was yelling at the driver, telling him to shut up, that he had woken up the whole campsite etc!  It was funny but it worked!  Silence after that.

All night it felt like I lay awake.  A rooster crowed at 1 am! What’s up with that?  He crowed a lot throughout the night.  Eventually my alarm rang at 5 so the torture ended. 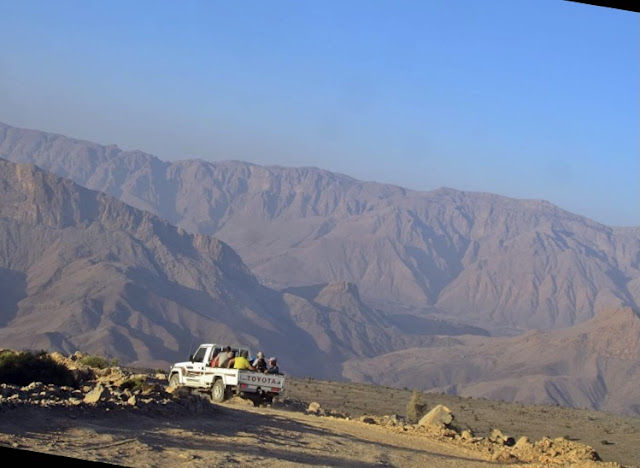 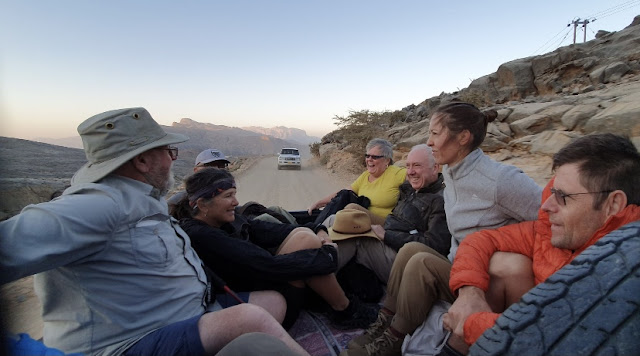 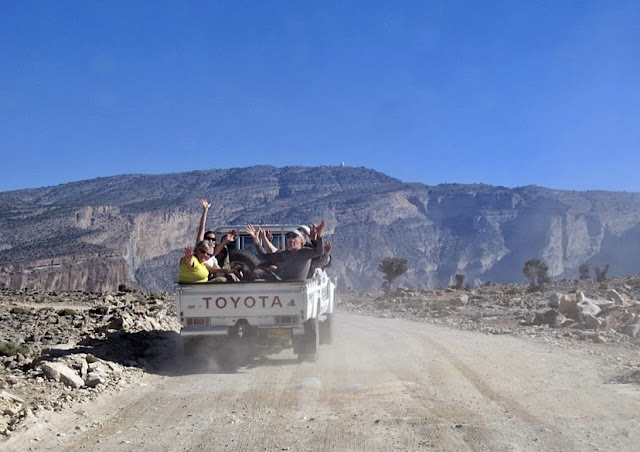 The Grand Canyon of Oman is the highest mountain peak in the Hajar mountain range.  It’s one of the most famous wadis (a dry riverbed) in the region. The canyon is around 1 km deep at some points- 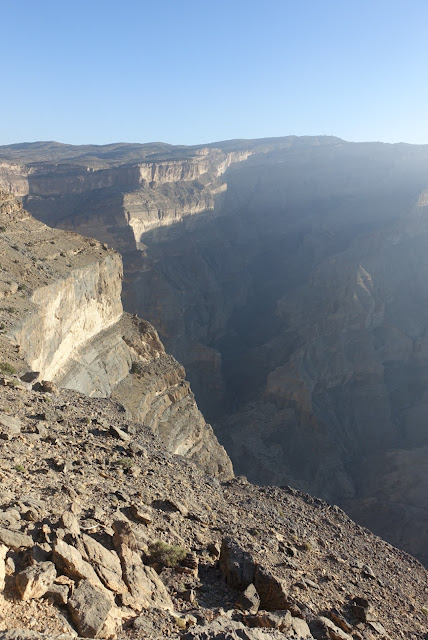 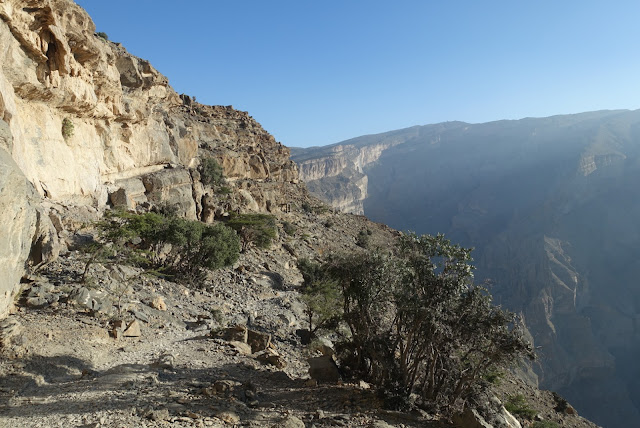 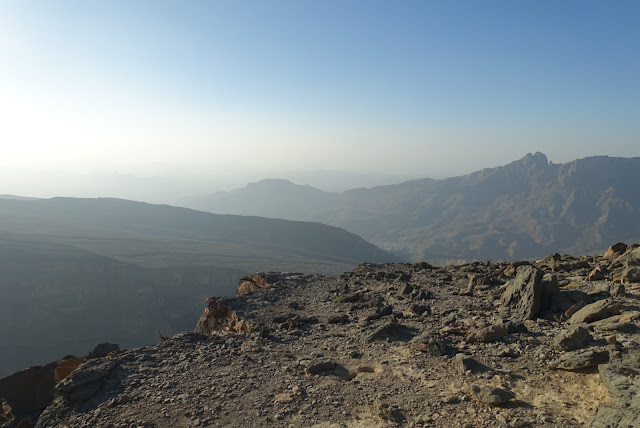 The path is narrow, rocky and up and down- 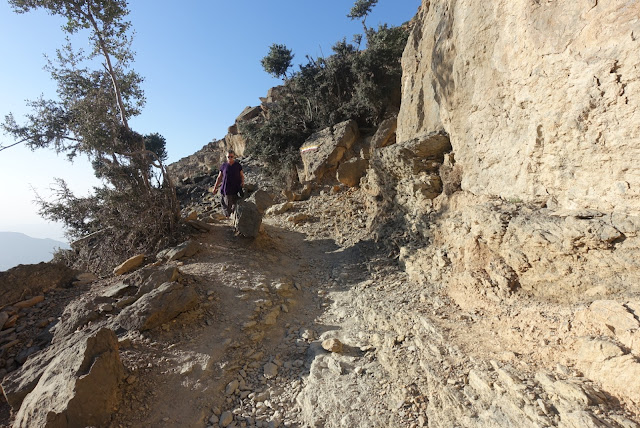 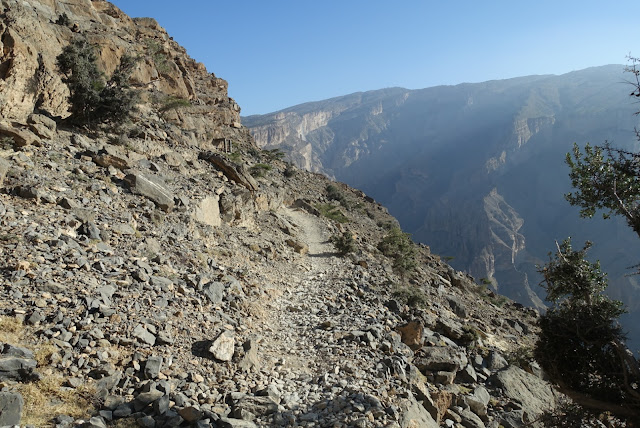 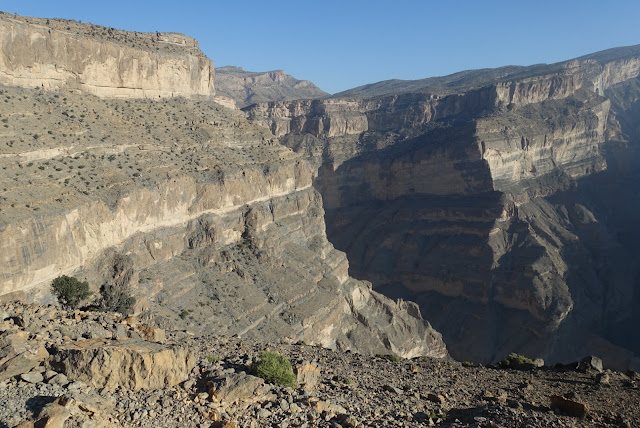 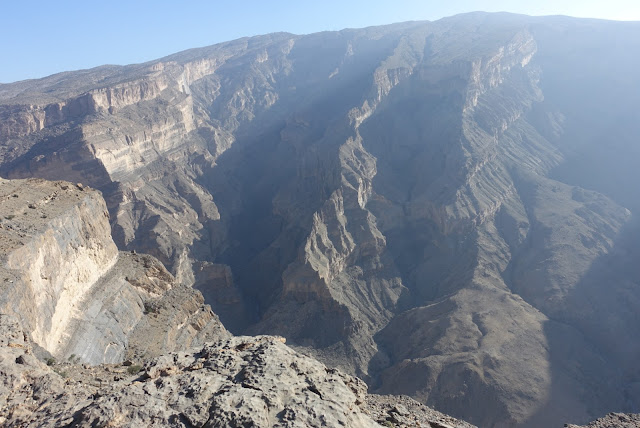 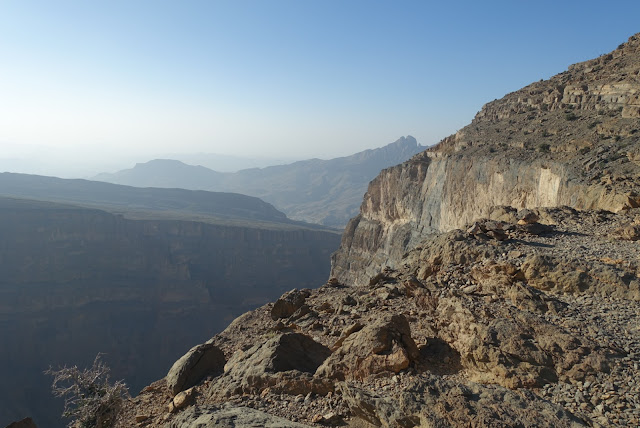 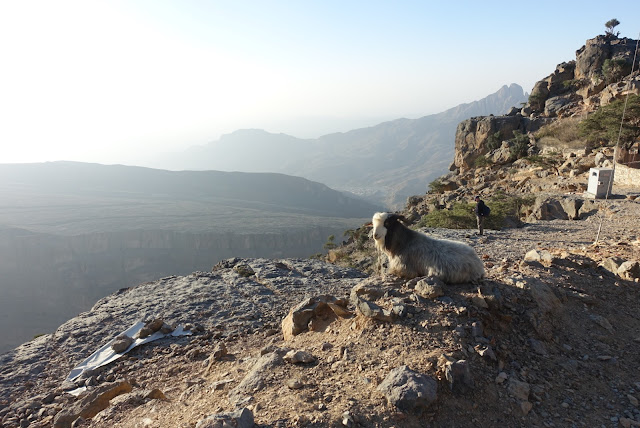 Me, Carole, Cynthia and Leanne at the look out as far as we went- 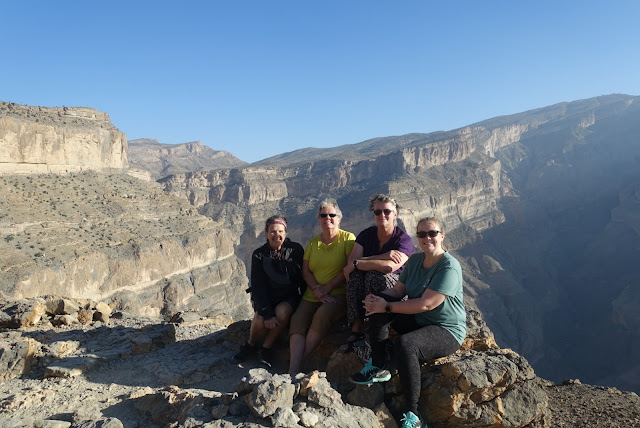 On our  way back to the coach: Carole and Mark- 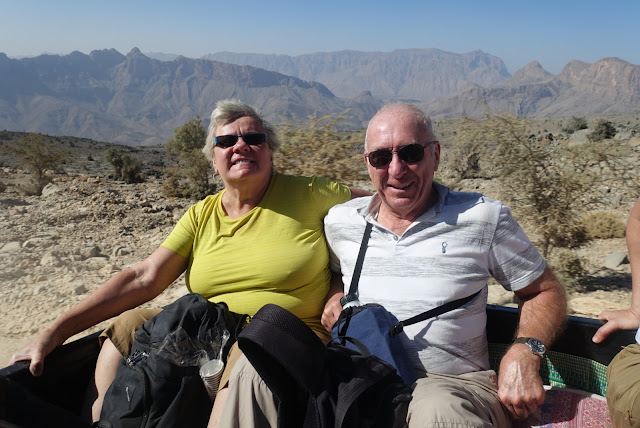 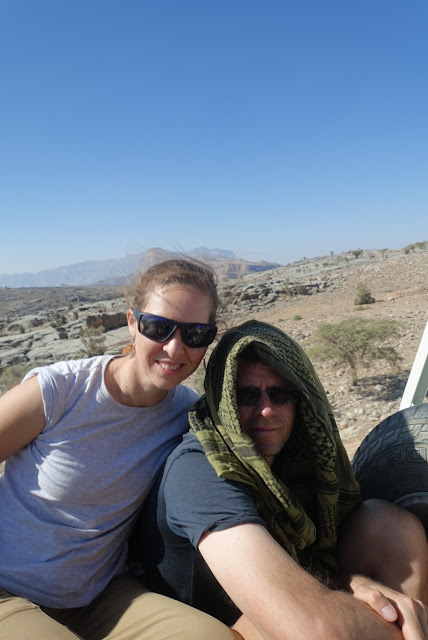 Where we have been- 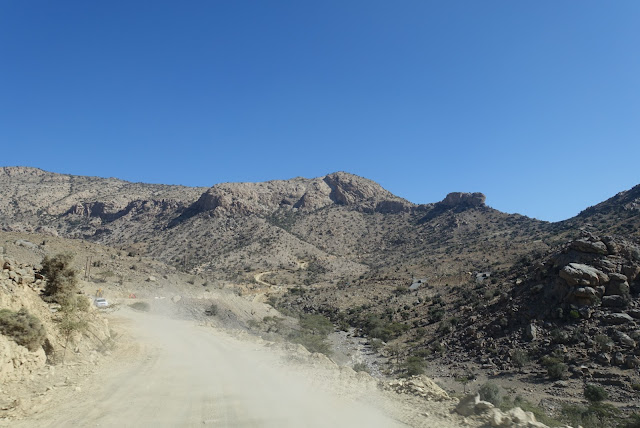 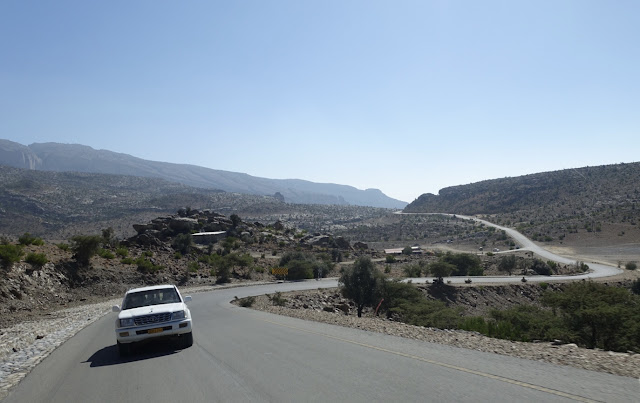 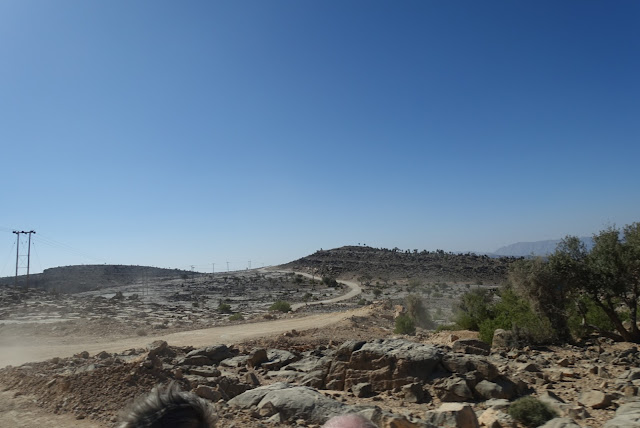 The backside of the mountain we saw yesterday- 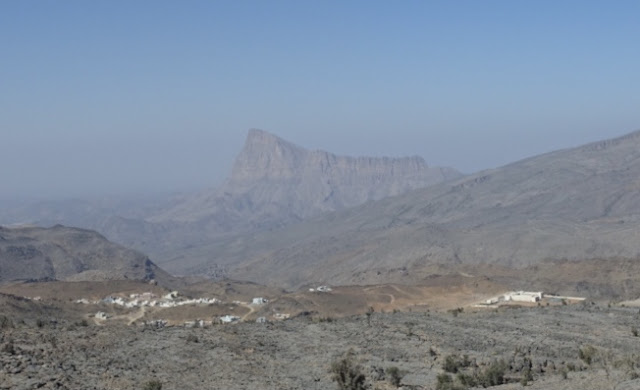 We stopped at a hypermarket  (grocery store) for lunch.  It didn’t have the best selection but it did have cakes to commemorate 52 years on the throne for His Majesty Sultan Haitam bin Tarik.  That national holiday is usually the 18th of November but he just announced it will now be November 30th and December 1st.  We will be out of here by then- 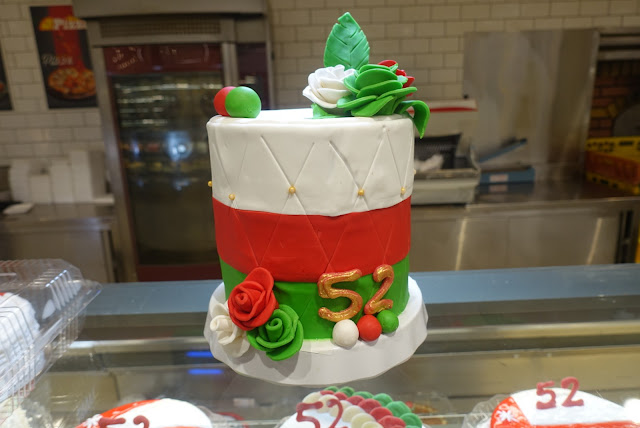 Not a KFC but a GFC- 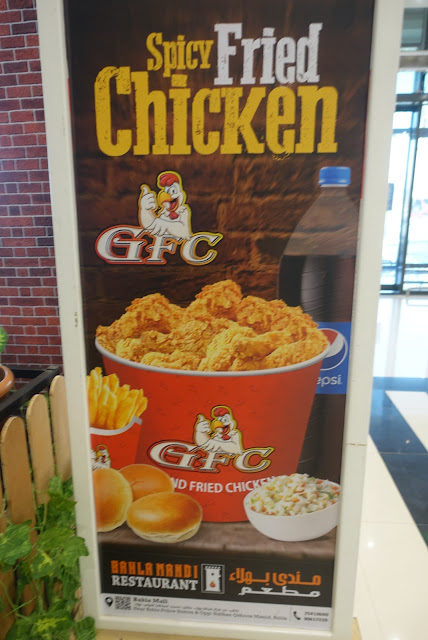 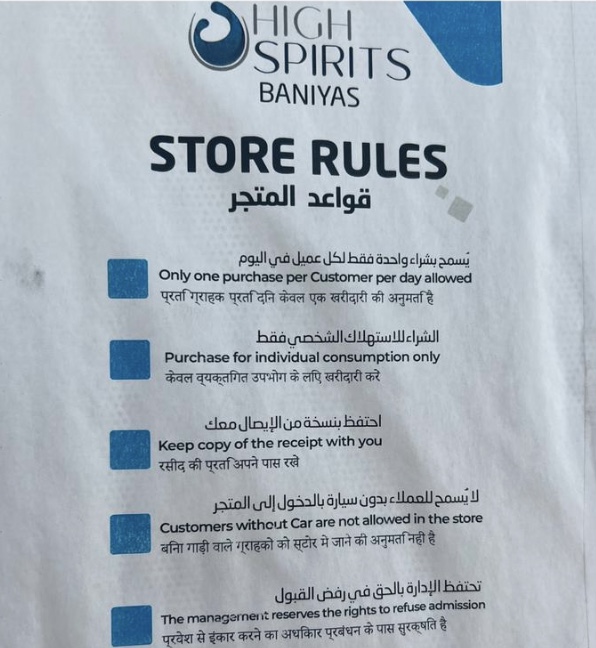 We went to the Al Hoota caves but they were closed for maintenance so we carried on to Nizwa where we are spending two nights.  After a shower and washing clothes, I’ve been in my bed since about 4 pm!- relaxing!  Tomorrow I’ll check out the pool and the night market!
at November 16, 2022