Happy birthday to me!  61 today - it’s quite a different birthday from last year’s party- 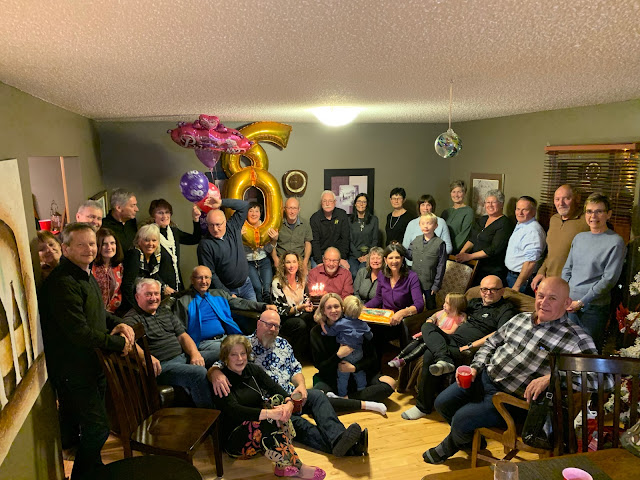 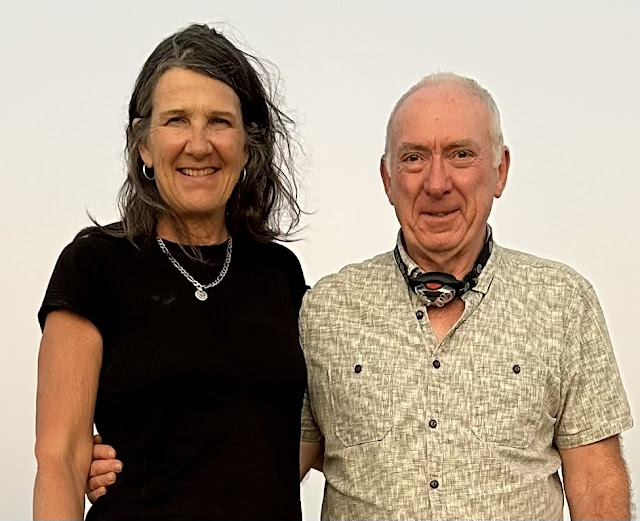 I read somewhere that in a room of x number of people, and it’s not an exhorbitant number, someone will be born on the same day as you and here, in a group of 16, there are 2 of us today.  There have been 5 birthdays in the past 20 days - that’s weird, but apparently Sagittarius people are adventurous and like to travel, so here we are.

But….. and then there were 14.  Not only did we leave Carole behind this morning - she has an Antarctic cruise booked and always planned to end her overland in Muscat, but we also left Old John.  He has been quite sickly the whole trip - sleeping continuously on the coach etc, but he said this morning his skin is cracking, so he’s left the trip to head home to the U.K.

I spent yesterday working on my plans for Israel and India.  All websites say we Canadians can apply for an online evisa for India but when it comes down to it, we can’t!  156 countries can and according to CBC, even though India has been our largest source of immigrants since 2016, it’s very complicated.  I’m hopeful the site will be restored very soon but I will probably have to visit the Indian embassies in Kuwait or even Tel Aviv, but that’s leaving it pretty late.  Visas on arrival are not possible either so if I can’t get a visa, I can’t go to India.  That would suck big time.

After leaving the hotel, we headed for Nakhal Fort which was closed due to renovations.  It’s quite amazing how they originally built on gigantic rocks.  Unfortunately their reno will change everything about it- 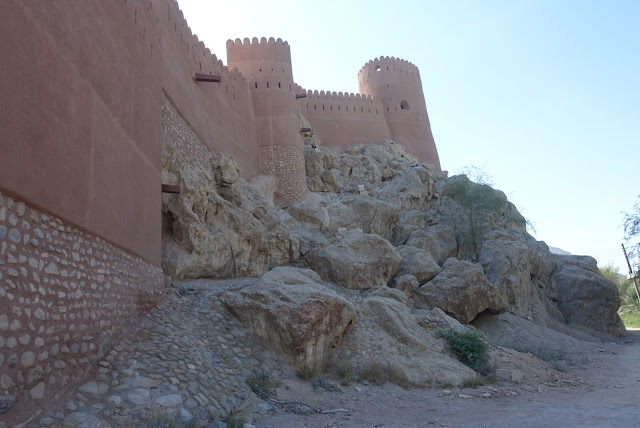 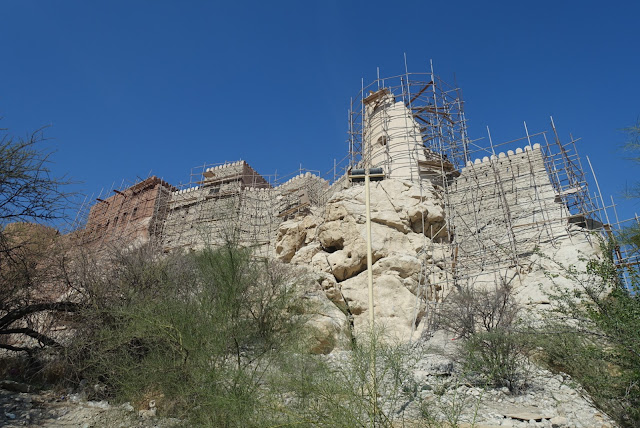 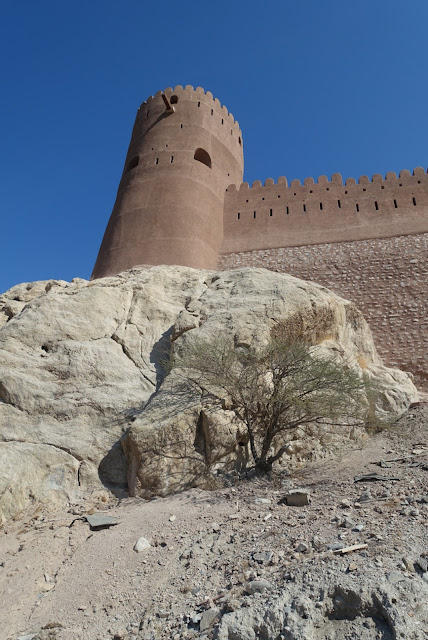 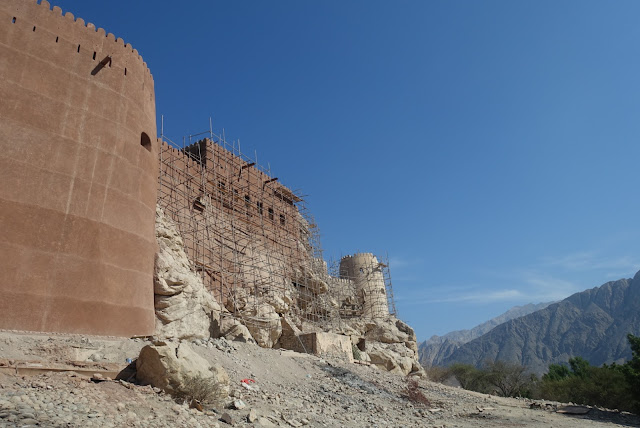 Preparing rocks with a sledgehammer- 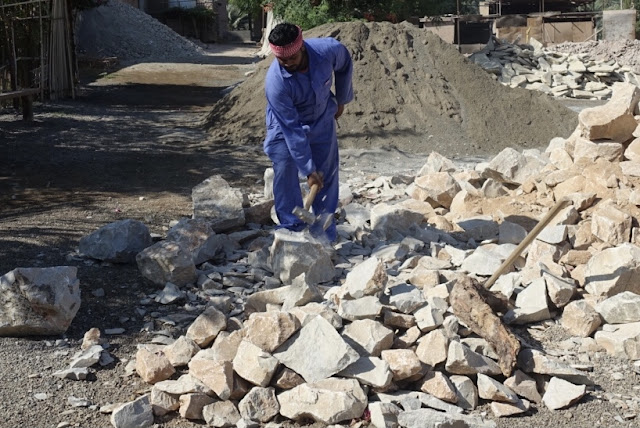 From here we went to a nearby hot spring.  The water was not hot but certainly warm and comfortable to sit in- 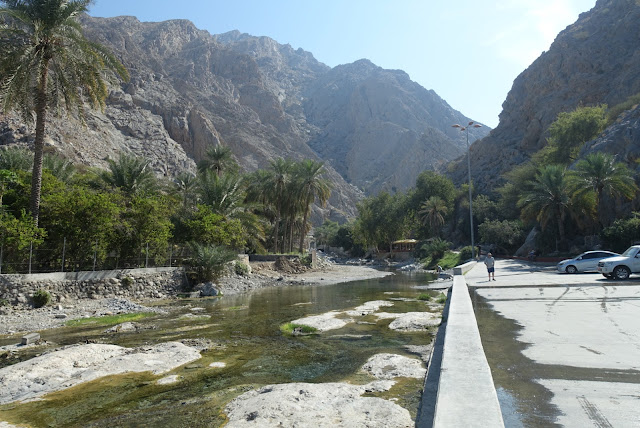 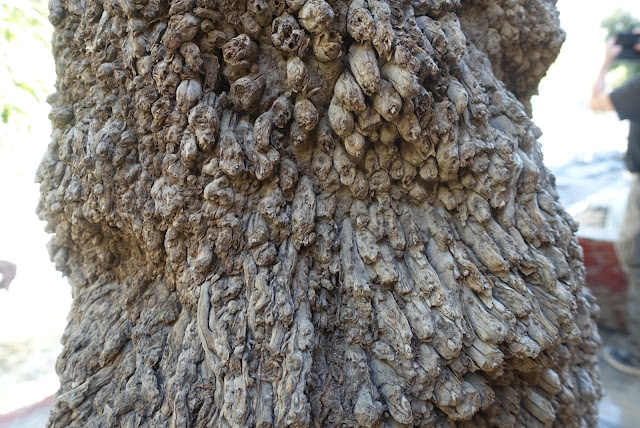 on this palm is interesting- 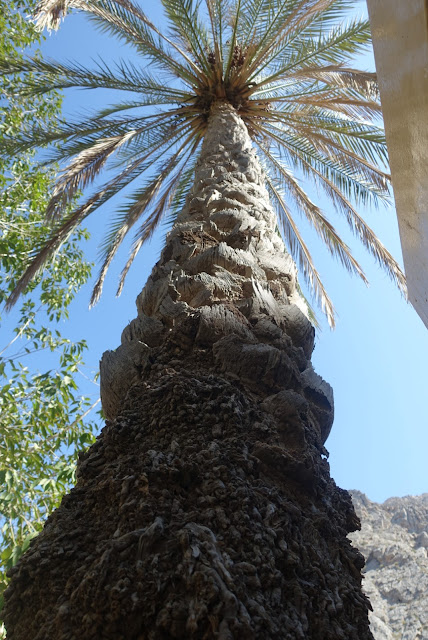 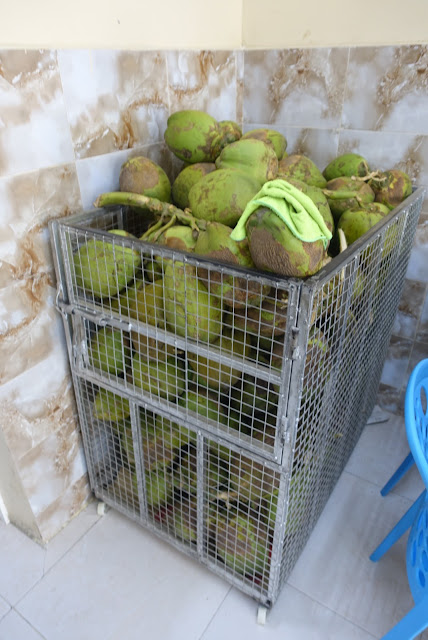 drink which is really just the liquid inside- 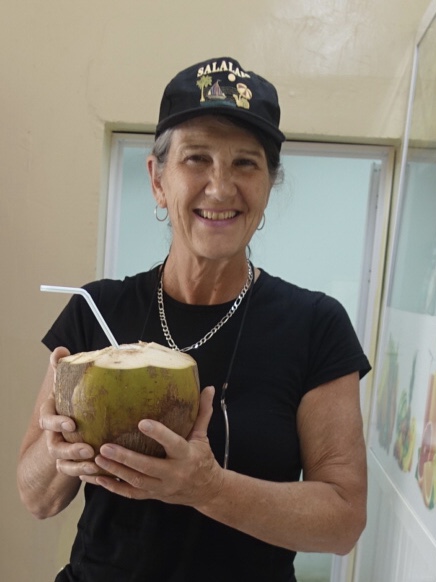 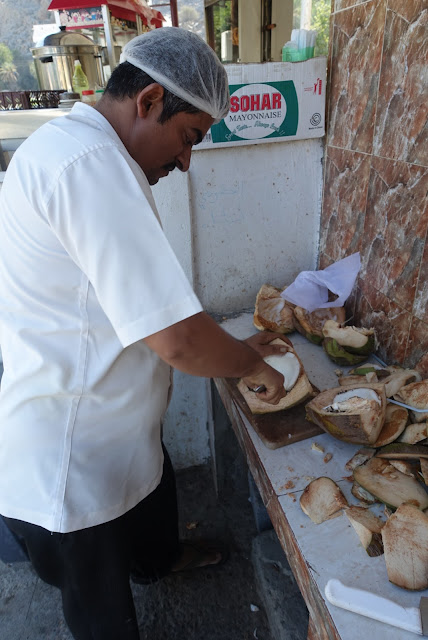 We are heading for the Saudi Ramlet-Khaleh border which has never seen an overland group before.  Along the way- 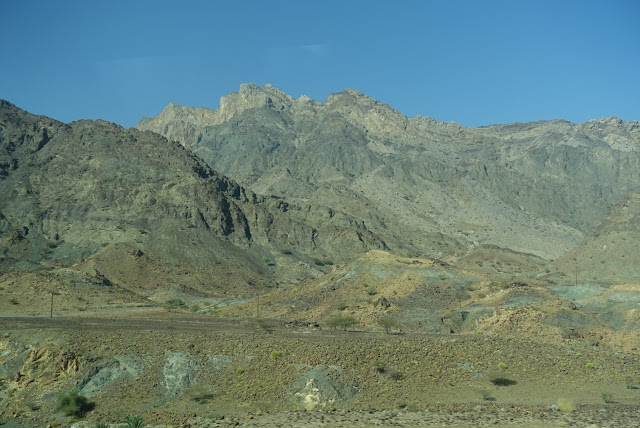 The country of Oman is a huge rock pile.  The only vegetation is in the wadis (river valleys) where water flows in the rainy season- 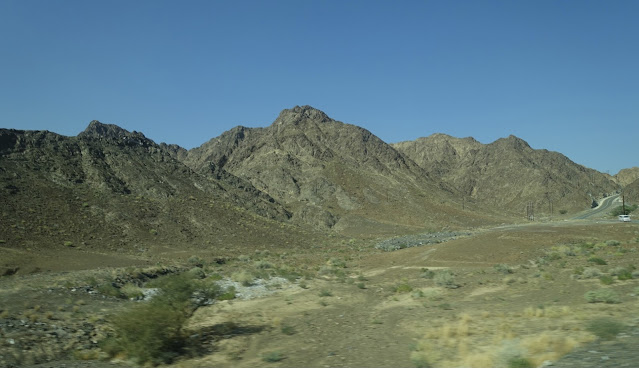 There are such magnificent colors and a huge variety of textures- 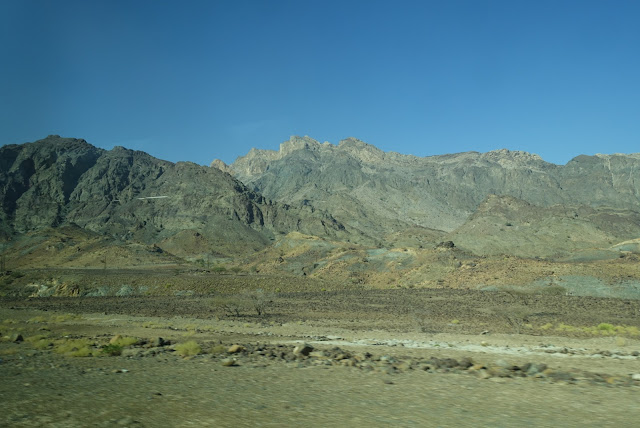 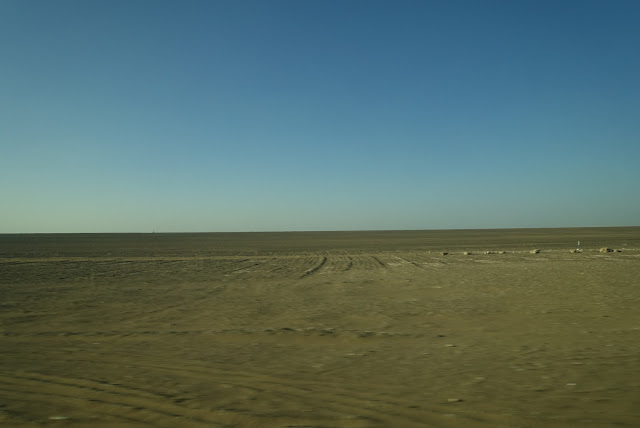 We think Saudi will let us in because we are in a Saudi plated coach.

We are bush camping tonight- 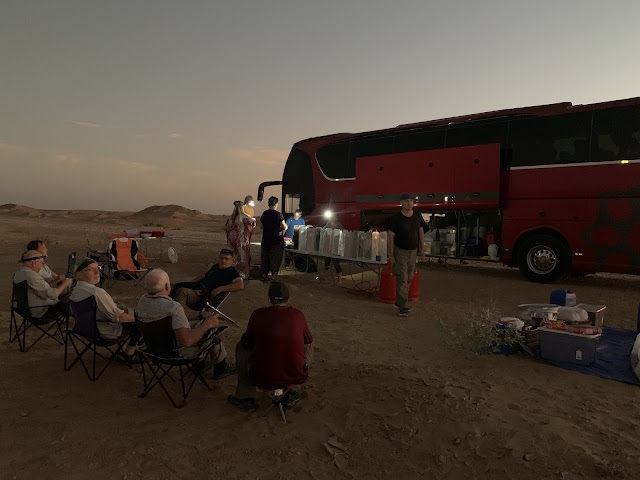 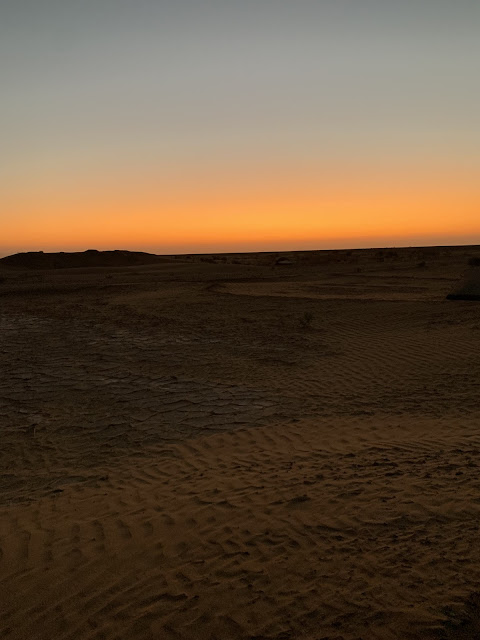 and will get to the border in the morning. 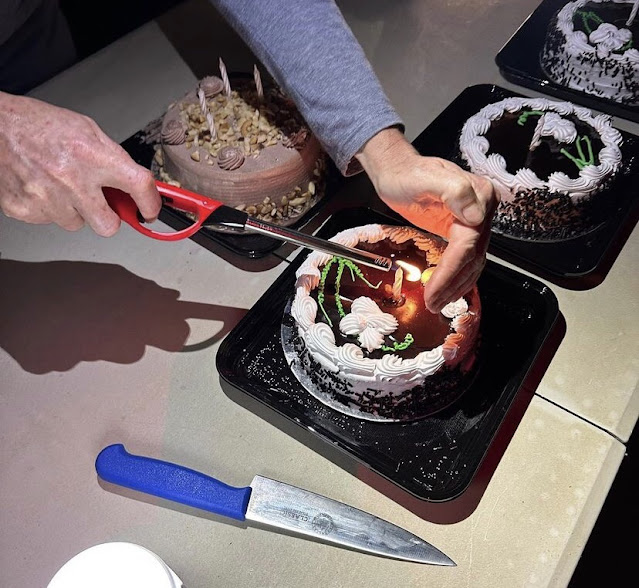 and Karen bought 2 so we had lots- 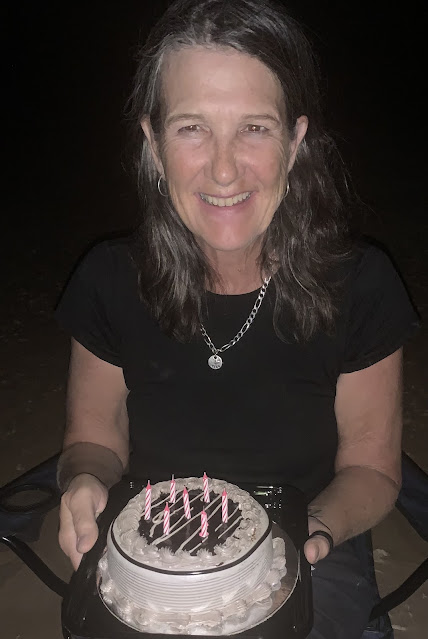