What a great sleep but I think I know part of the reason why. I bought a small pitcher and rather than put my shoes on and go outside my tent two or three times a night, now I just pee into the pitcher and throw the pee out the door. So far so good – no spillage or leaks! Saves a lot of hassle!

As usual, we were on our way at 10 to 8 when departure was actually 8:30. We are so lucky that we don’t have people who want to sleep in and as someone else said any Germans because apparently they like to stick to the rules. Anyway our first stop was the Frankincense Forest which really isn’t a forest at all- 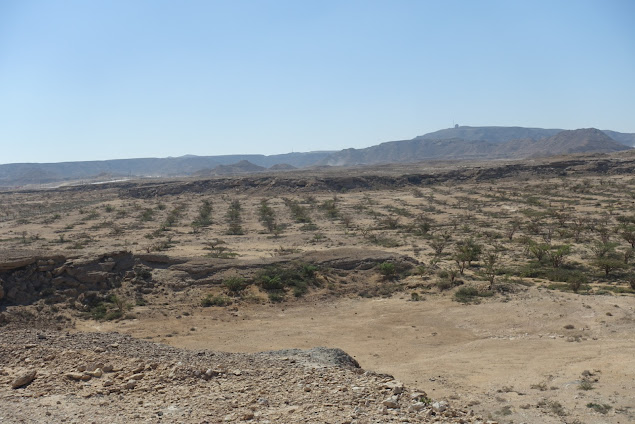 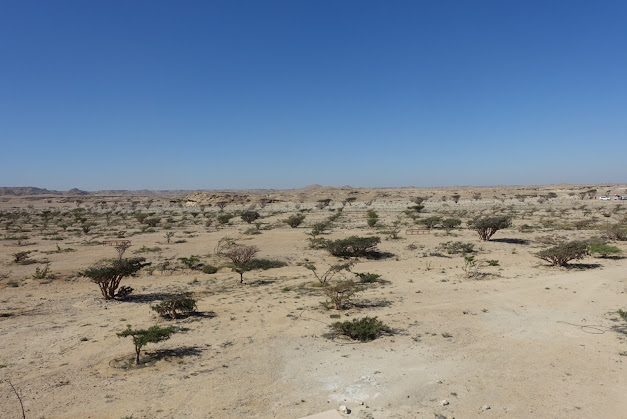 It’s a UNESCO World Heritage site in Wadi Dowkah which is a stony semi-desert valley.  It is the best type of climate for frankincense trees and these particular trees produce the best frankincense.  More than 1200 trees cover 5 km².  When the tree is 8 to 10 years old, sap harvesting begins in April as temperatures start to increase. Numerous cuts are made in the bark- this is called tapping. White sap leaks out of the wounds.  Producers leave it for 2 to 3 weeks to harden and then it is collected but not used because it is not good quality.  The second wounding is called Alsa F1 and it takes place 2 to 3 weeks after the first wounding.  This time yellow sap leaks from the tree and hardens on the tree or on a pile on the ground if the tree is prolific.  It is commercial grade and sellable.  The third cutting takes place 2 to 3 weeks after the second and it is called Alsa F2.  A good tree will produce 10 kg of frankincense each year and a tree that lives in a dry area and will usually produce better quality and quantity- 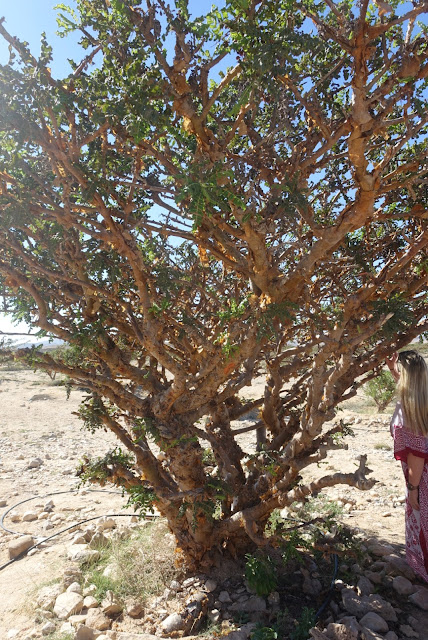 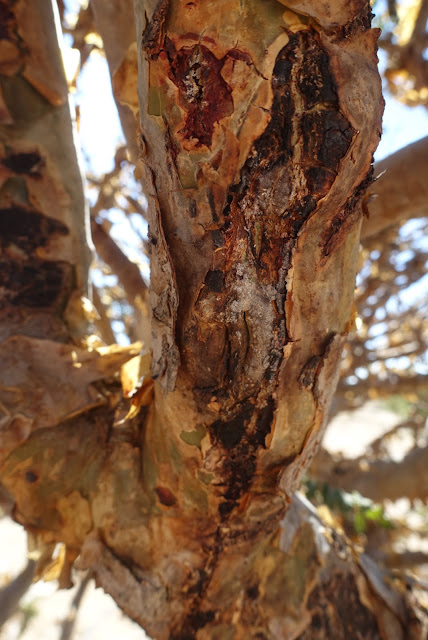 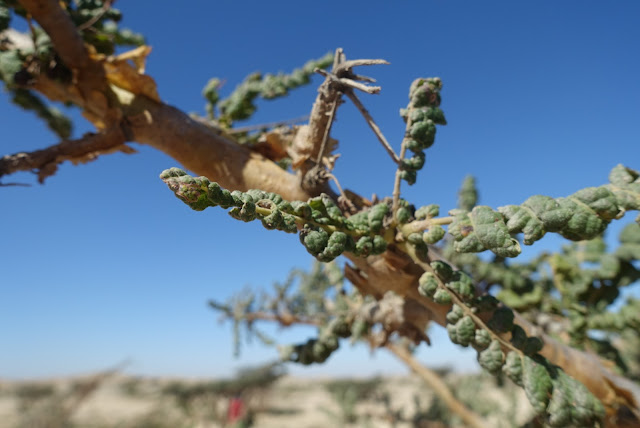 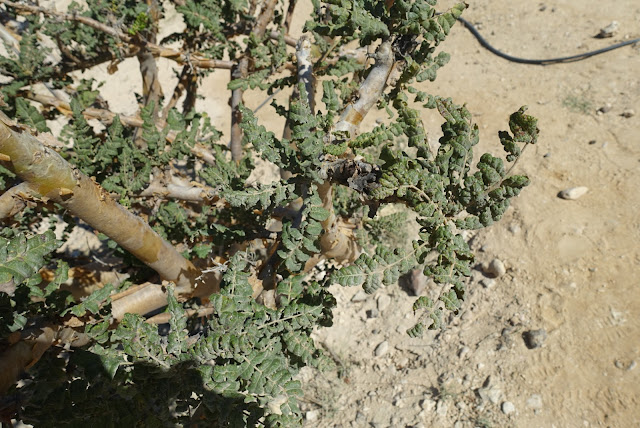 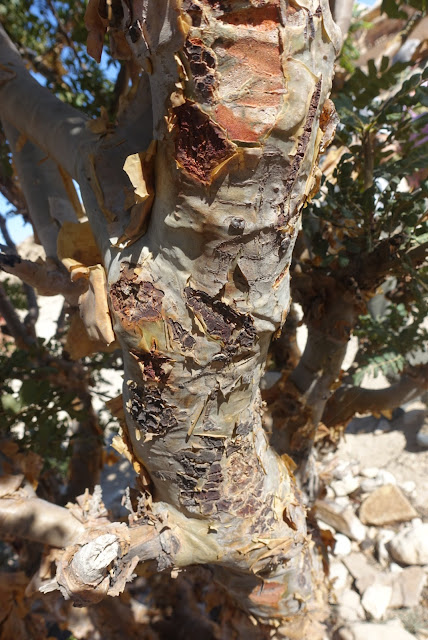 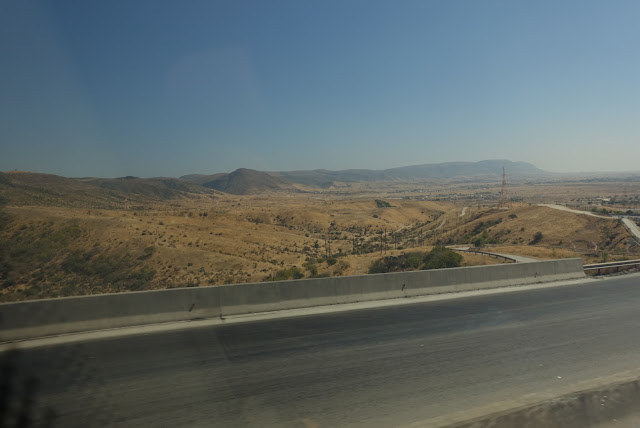 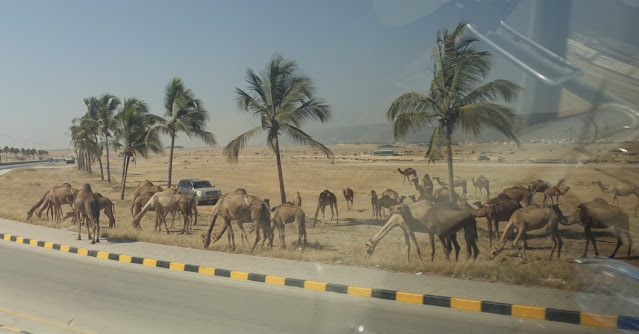 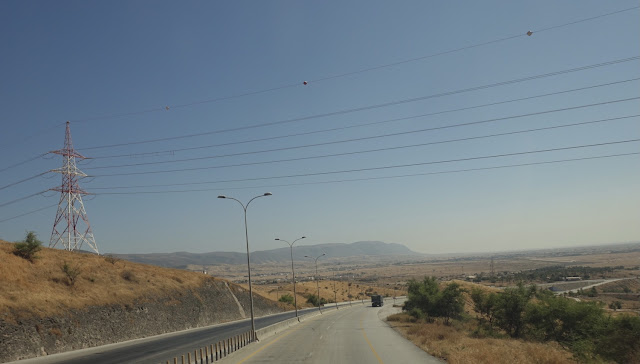 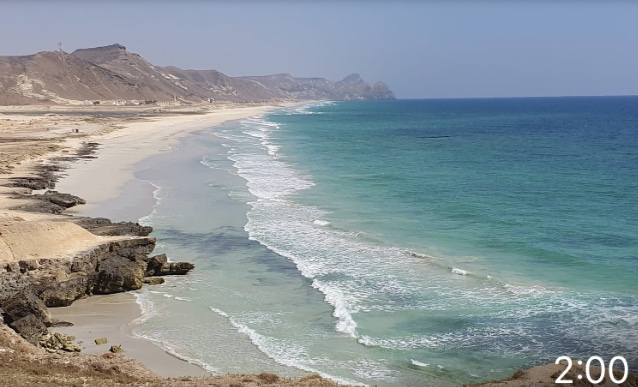 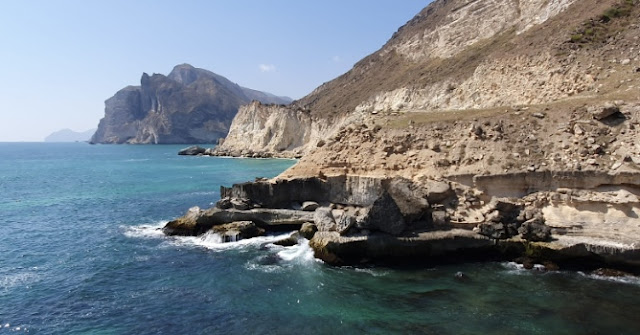 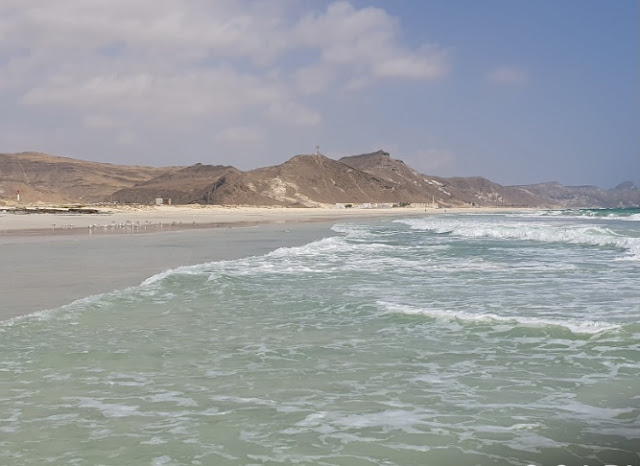 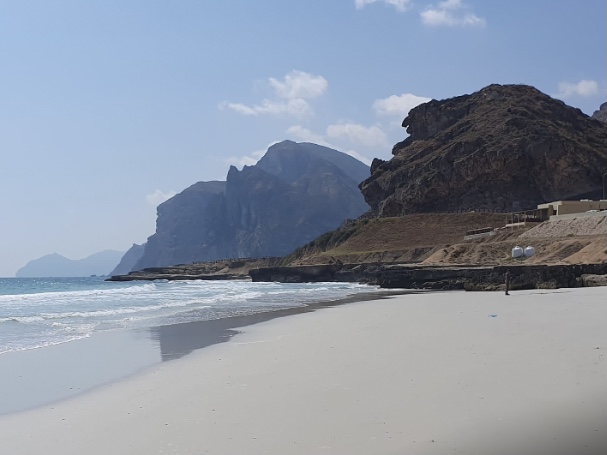 There are some blow holes but they were only growling, not spurting.  Maybe it was the wrong tide time- 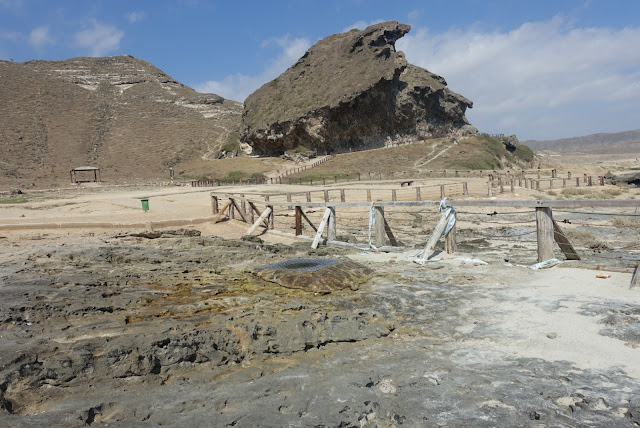 The view from lunch- 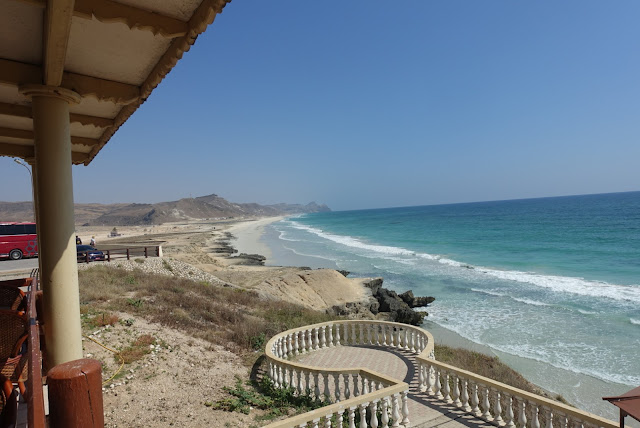 After lunch a few of us went swimming.  It was lovely!  Then we headed to the hotel, checked in and applied for our Kuwaiti visas.  They’re free so I’m not sure of the point but just another hoop.  Our hotel is awesome and connected to a large shopping mall where I went for supper.  I had a delicious spicy camel burger.  I could tell it wasn’t beef but can’t really describe the taste.  It wasn’t a wild taste but it just wasn’t beef- 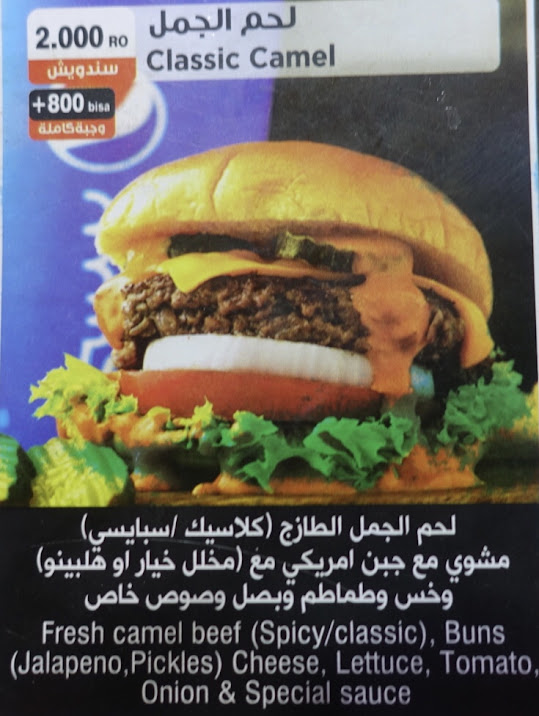 Tomorrow a few of us plan to go to either the Hilton or the Crowne Plaza for the beach and drinks.  As far as we can tell, these are the only two places in the city that serve alcohol.  Looking forward to that!
P.S.
You would think if you were spending money on a sign, you’d do a bit of research- 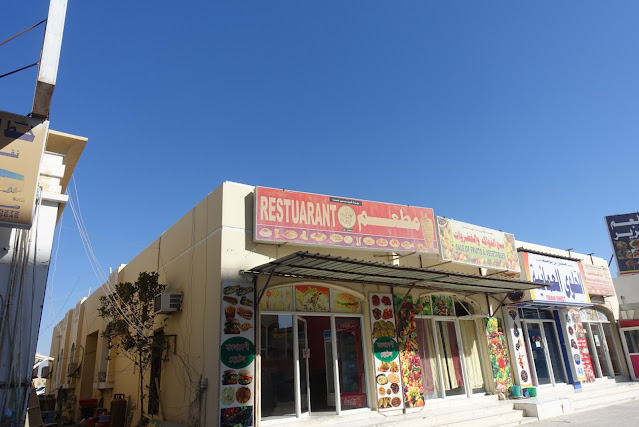