Our first stop today was in the city of Sur.  There are a couple of lookout towers-

and a working dhow-

Our first stop was at the Dhow Boat Workshop.  It was very interesting watching them “ship” build.  The entrance doors are beautiful and hand carved with a chisel-

Inside they’re working on a very large boat-

Another job in progress-

All work is done by hand-

After, Dave and I discovered the Fatah Al Khair museum named for this boat which was built in Sur 70 years ago and been restored-

The Mashowwa is a jollyboat paddled by 4-20 men.  It’s towed by a large cargo ship and used to transport goods and sailors-

The Sewn Sunbooq is used for sardine fishing and unloading larger ships.  It’s also known for the use of kambar ropes which are ropes made of coconut husks twisted together to form yarn that hold the planks together.  No nails were used in this boat-

After Sur, we headed for Wadi Shab which is a walk through a canyon-

and faces in the rocks-

to get to a magnificent swimming hole- 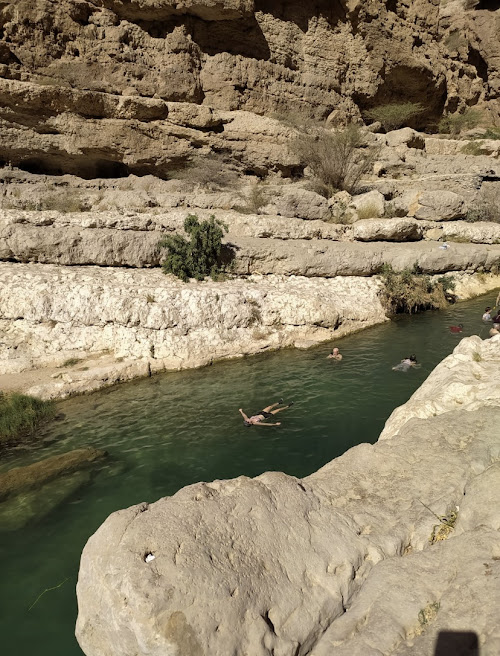 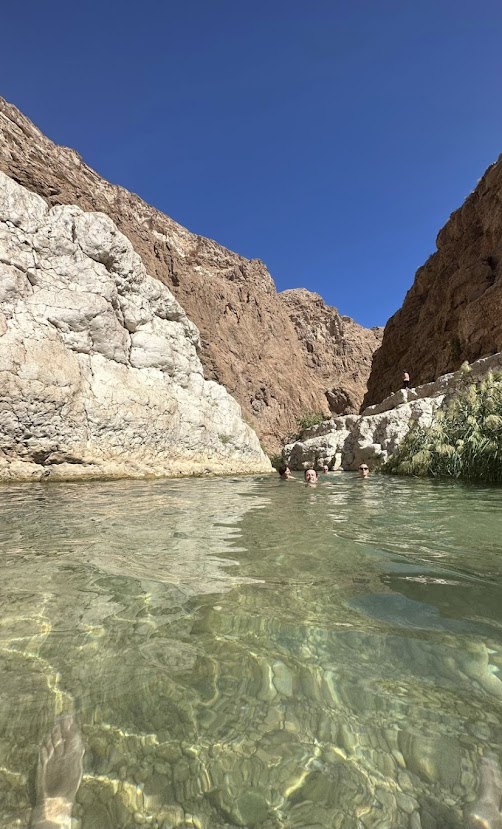 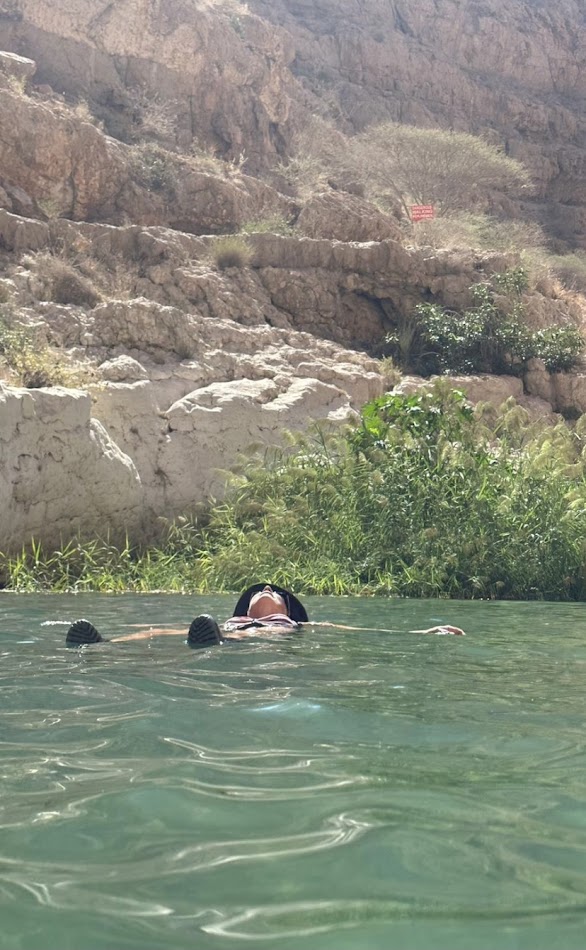 Further on you swim into a cave where there’s usually a water fall but not now.  The water was the perfect temperature and it was a great way to spend a couple hours.

There are beautiful lotus at the start of the walk-

We are bushcamping on the beach and heading to Muscat in the morning TO A HOTEL FOR 3 DAYS!!

I don’t want to get bitten by him- 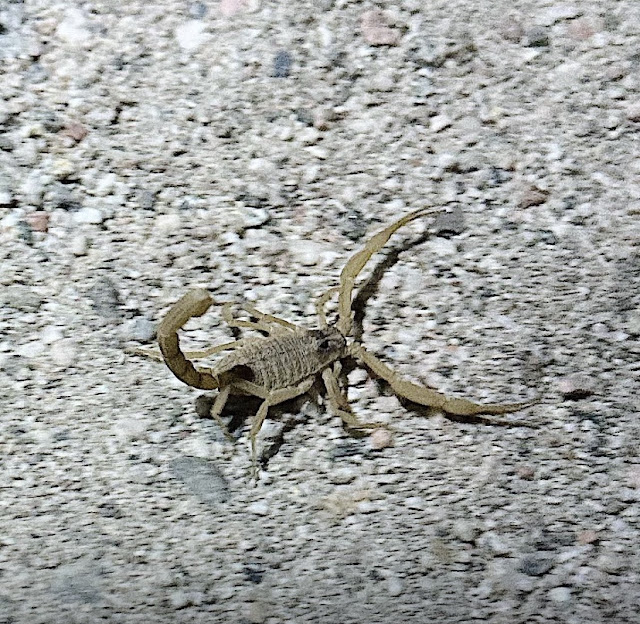