Our first stop was Wadi Darbat- 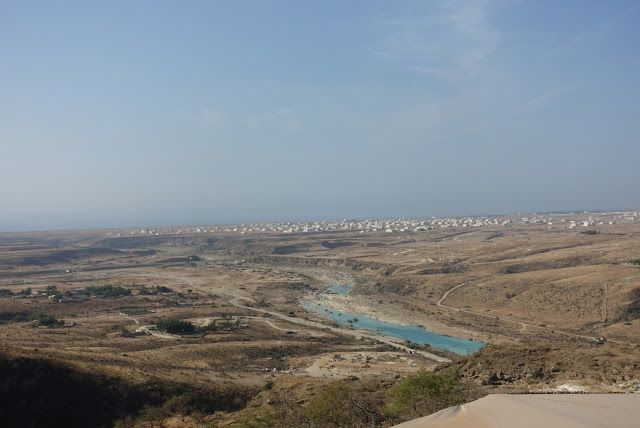 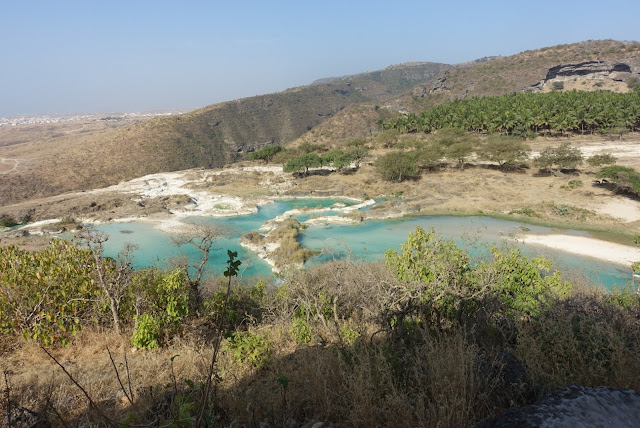 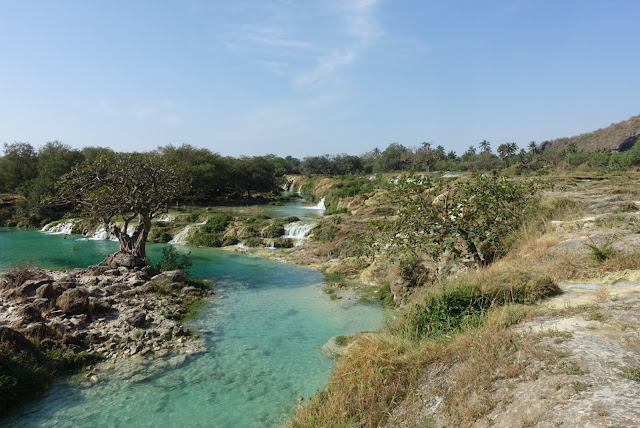 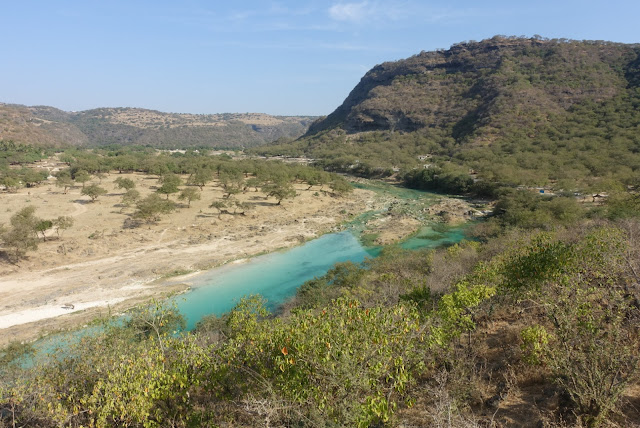 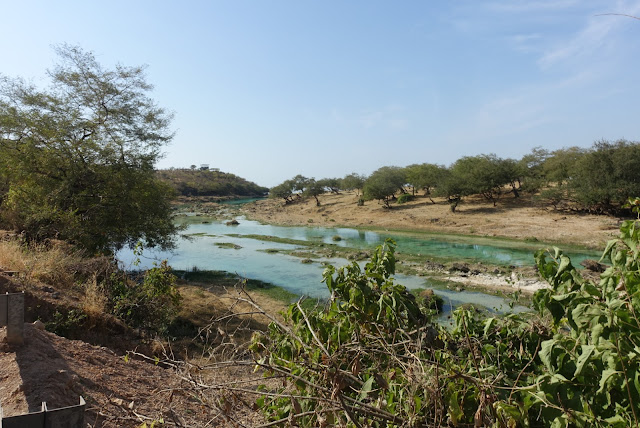 It didn’t look like much until we got down to the water.  There are beautiful cascade waterfalls- 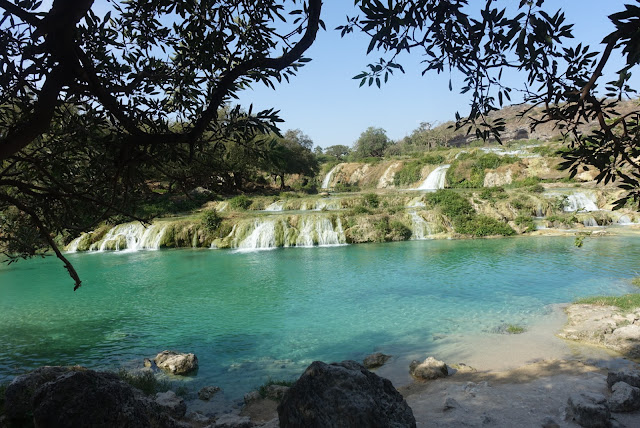 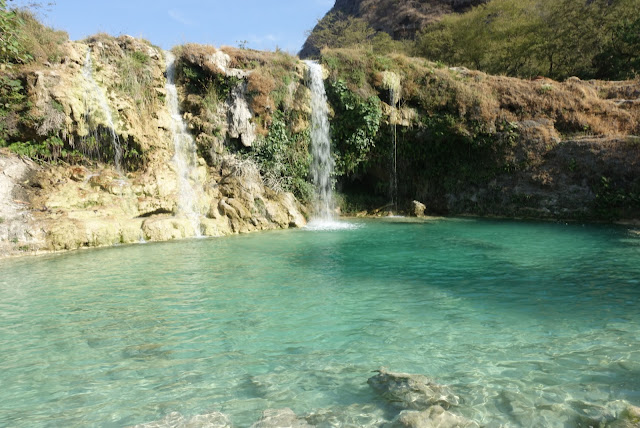 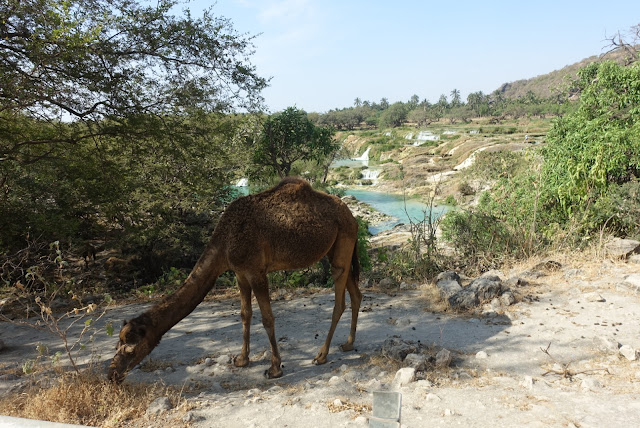 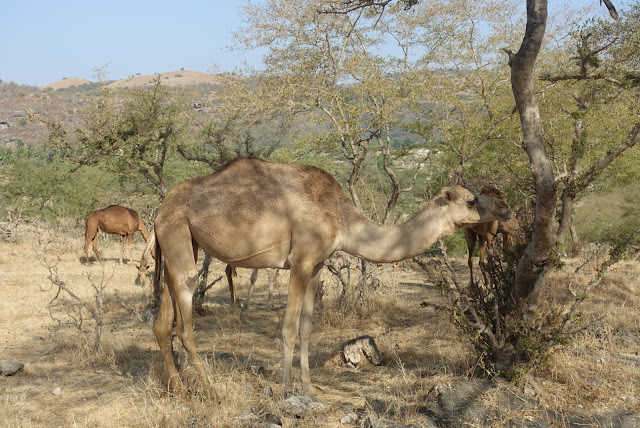 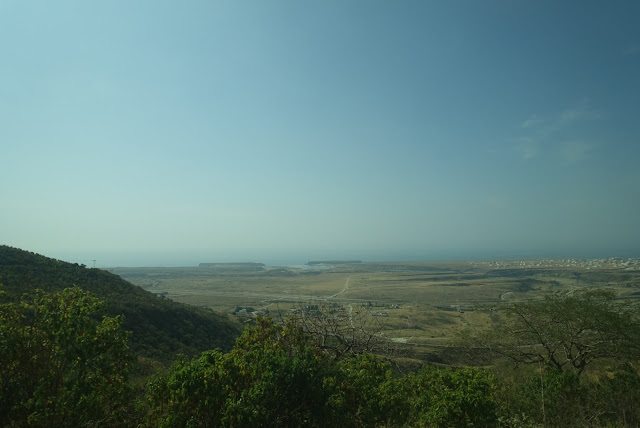 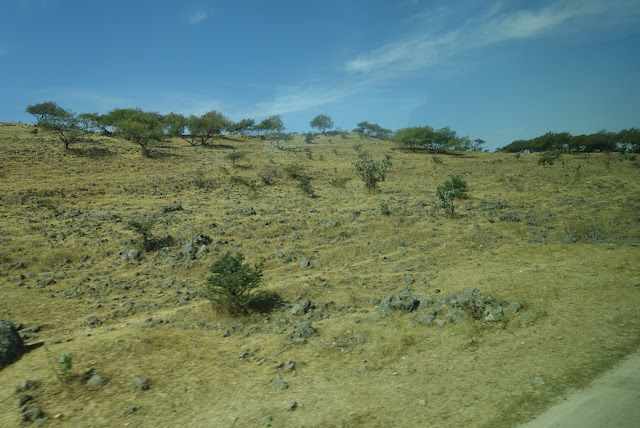 It’s really hard to see the depth in a photo but it went a long way down.  It’s too bad it’s always so hazy- 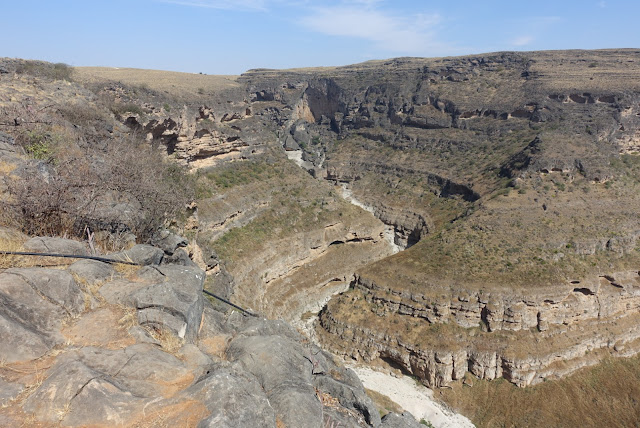 What a weird plant-

The ground is so rocky-

What was more interesting was walking around the destroyed town.  In 1972 during the Battle of Mirbat nine soldiers kept 300 insurgents from taking Mirbat during the Dhofari Insurrection.  The Sultan asked for help from the British Armed Forces so they sent the Special Air Service.  Many bombed buildings remain-

reaching eventually the coast of the Arabian Sea and found a nice cove to camp by.  I put my tent on some grass because I don’t like sand.  It gets into everything-

We have a big drive day tomorrow as we make our way towards Muscat. 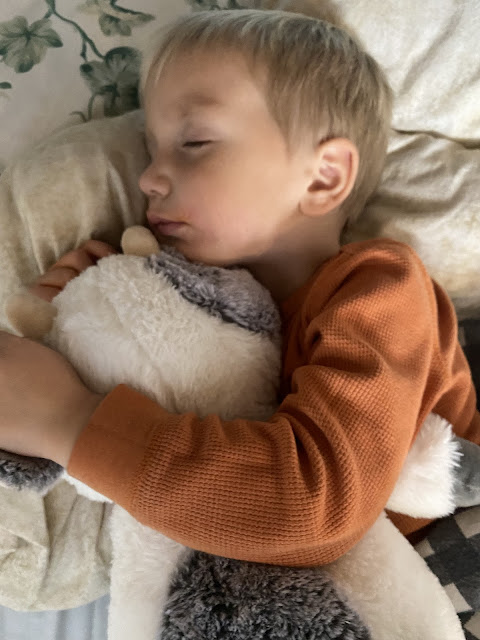 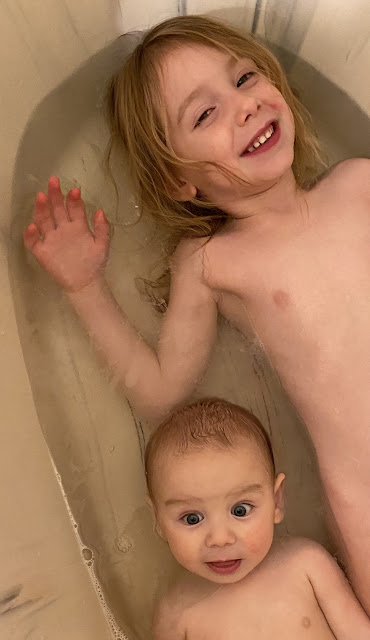