I haven’t had internet for a couple of days and so if I do not post that will be why. I am not dead nor will I be in jail… with any luck!

I had a fabulous sleep:  It was quiet, my mattress was perfect, I was warm and the noise was only traffic noise which soon became white noise.

We had a late departure because we weren’t going that far. Our first stop was in Al Ain at Al Qattara Oasis- 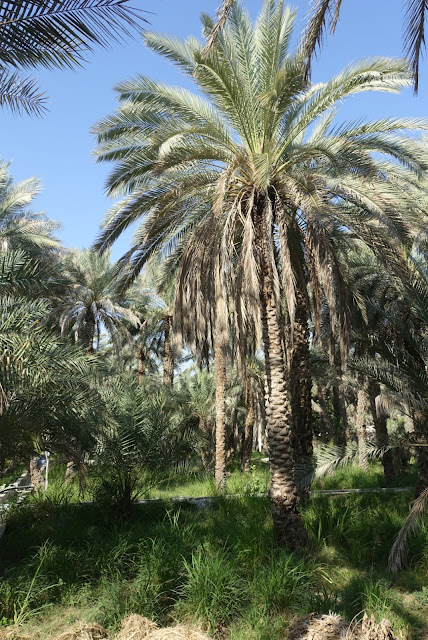 Dates which are harvested in June to August.  They must have missed these or left them for tourists to take pictures- 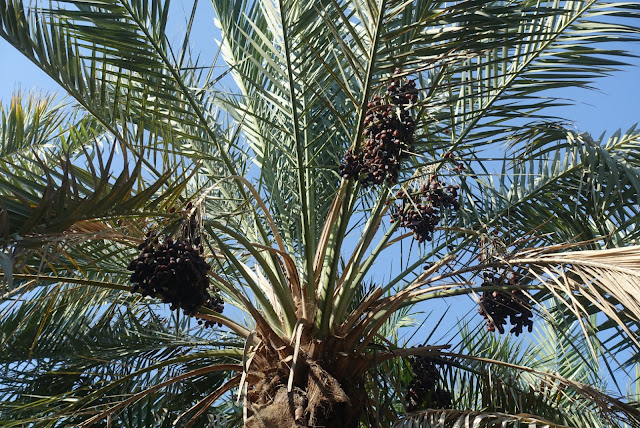 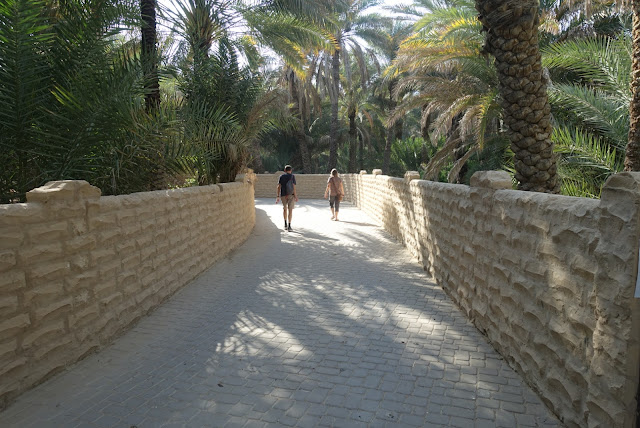 It reminded me of Aquadeo for some reason and I never saw a soul as we wandered around.
A very simple cemetery nearby- 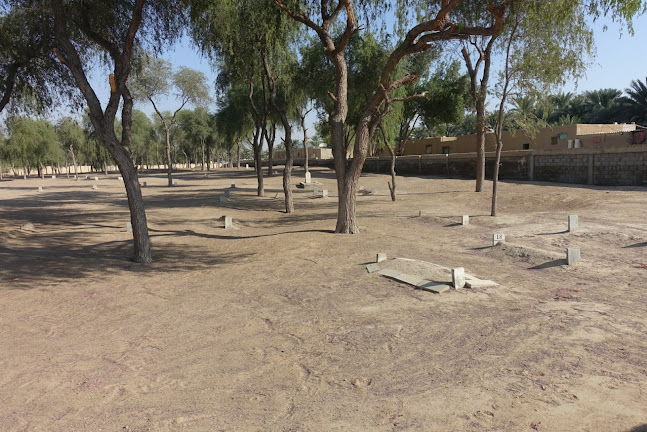 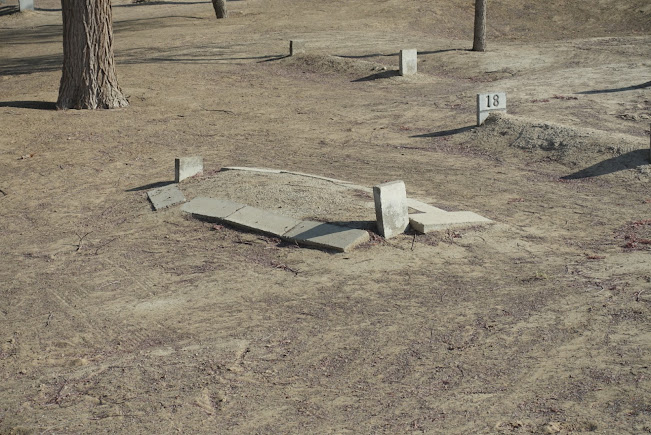 Our next stop was the Al Jahili Fort.  It’s strongly associated with Sheikh Zayed bin Khalifa who ruled from 1855 to 1909.  Construction began during his reign in 1891 and was completed by 1898. The only original parts are the smaller fort in the corner – 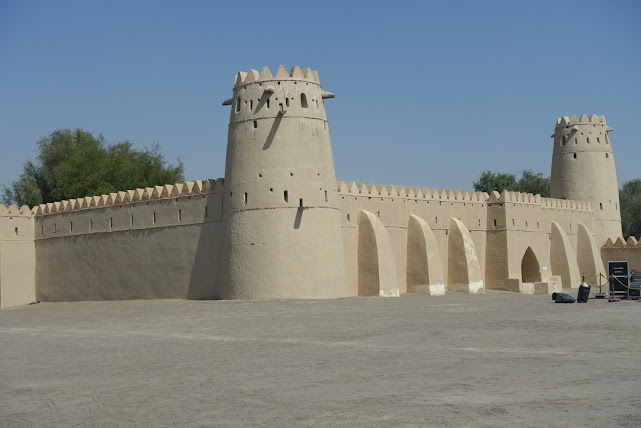 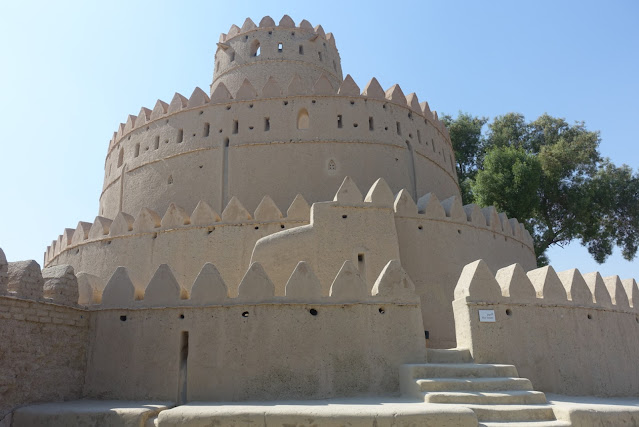 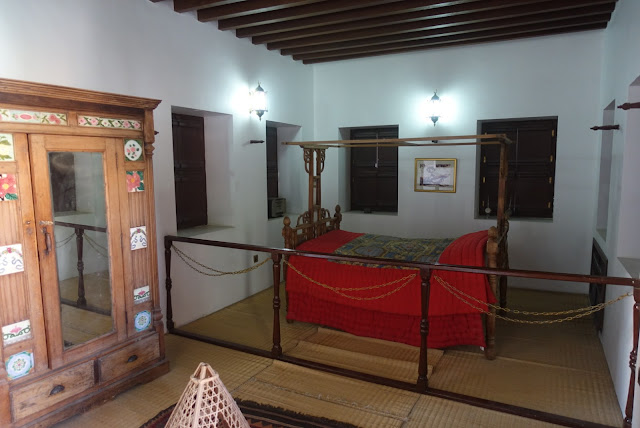 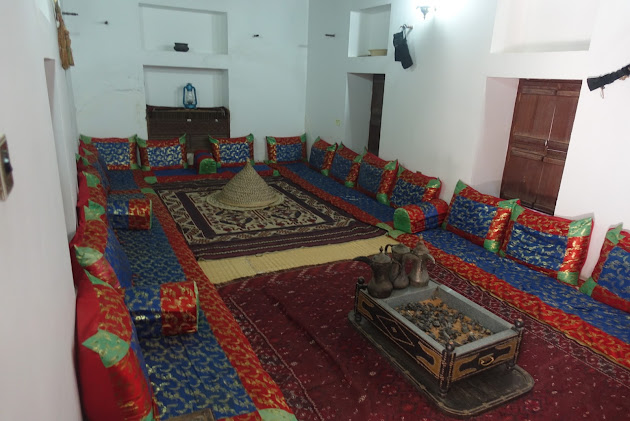 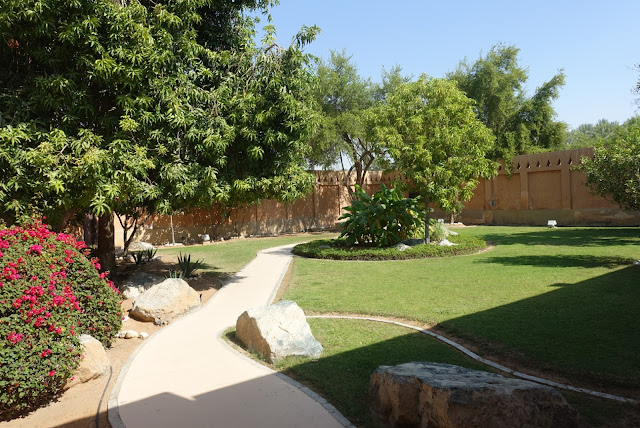 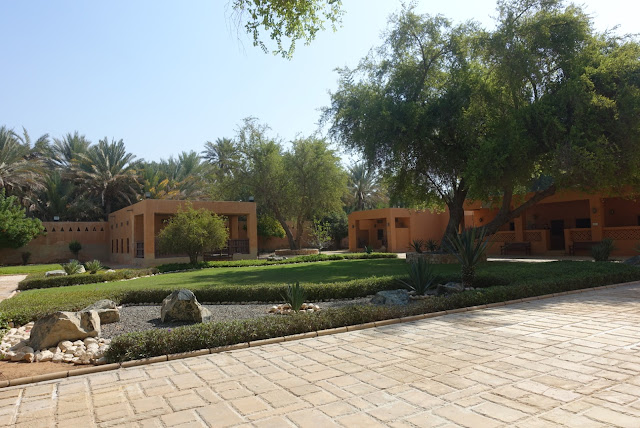 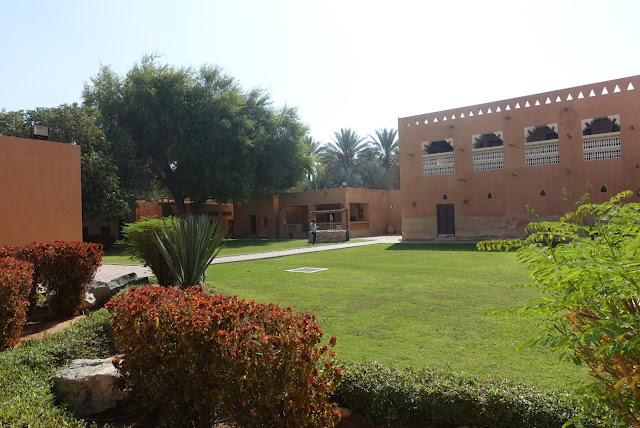 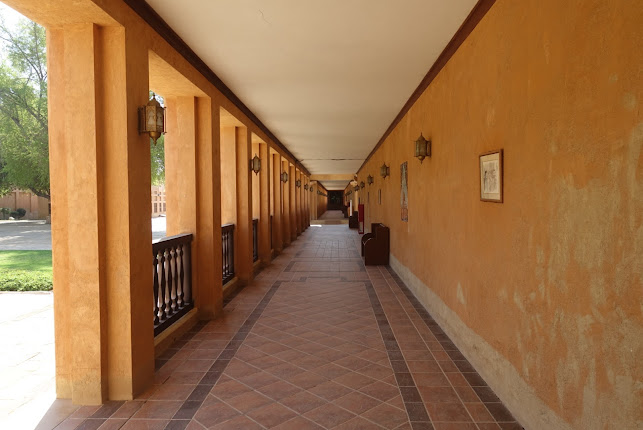 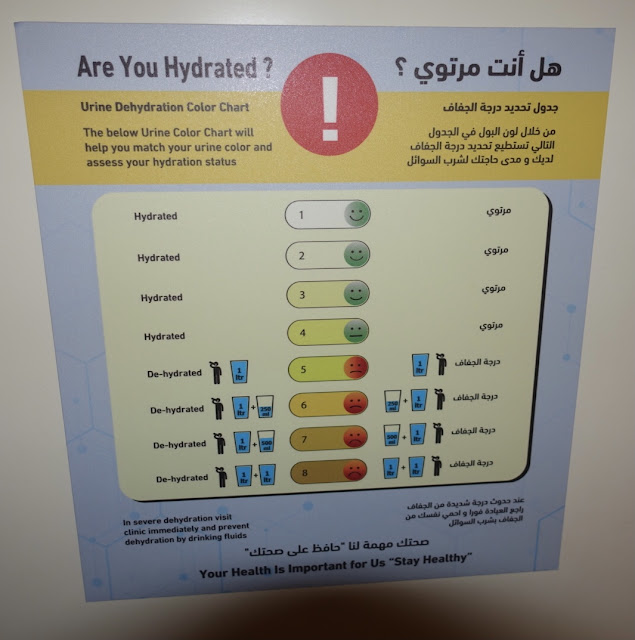 We stopped at a supermarket for supplies and lunch next door was awesome. I had Fattoush which is salad- 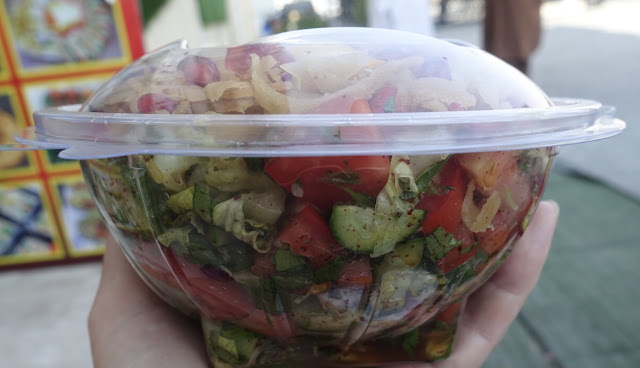 falafel, pita bread, garlic sauce and chai for $6.50.  Amazing.  From there we headed to our hotel which was high on a mountain – 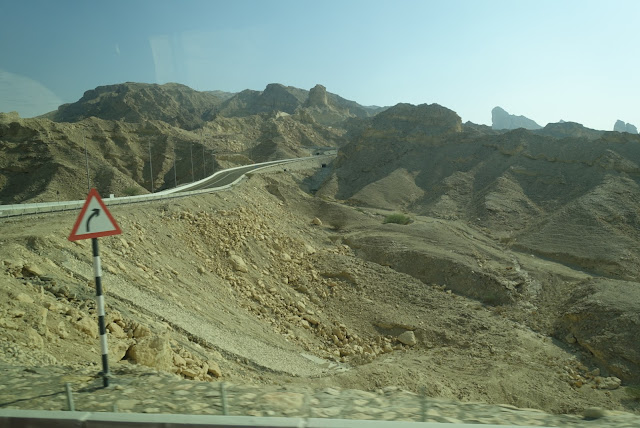 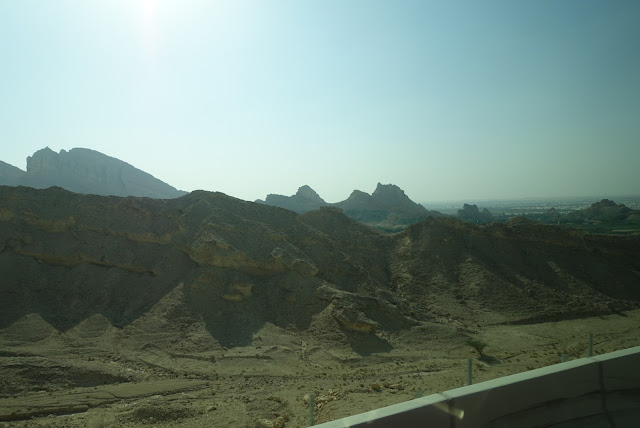 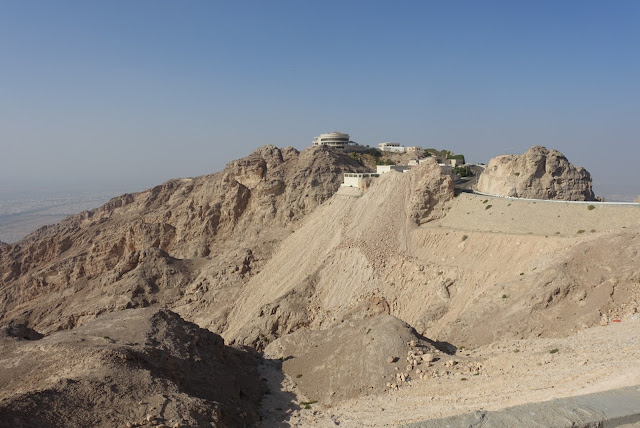 All of a sudden we went from flat dry desert to the Jebel Mountains which are the only mountains in U.A.E.  They are 1300 m above sea level, 17 km long and 4 km wide.  This road is one among 10 great mountain roads of the world.  We are staying at the Mercure Grand Hotel which has mini golf- 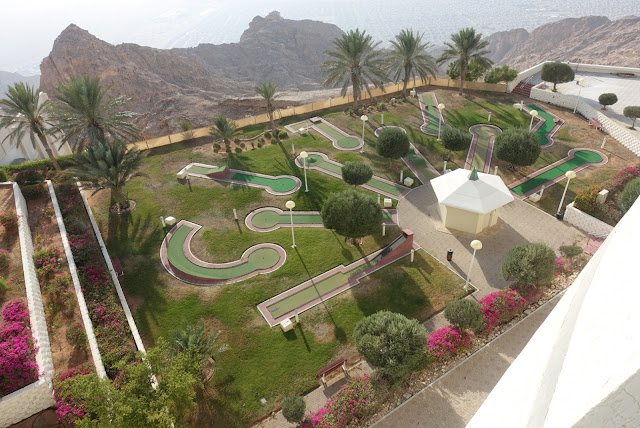 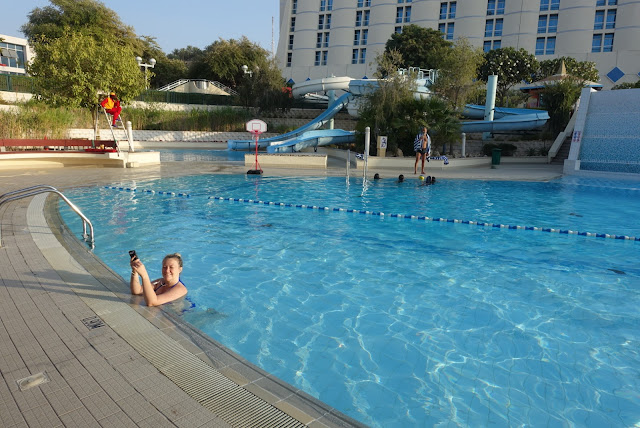 with a swim up bar- 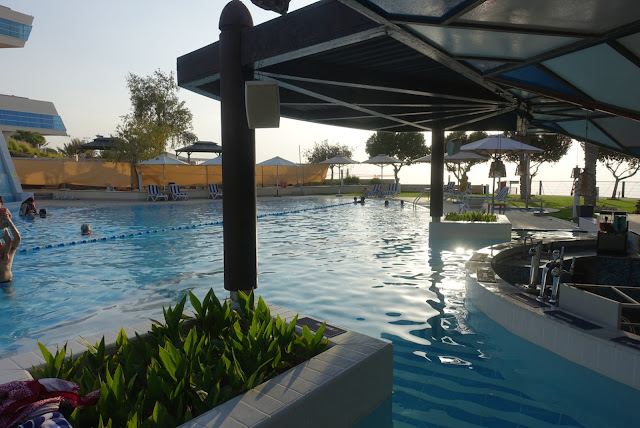 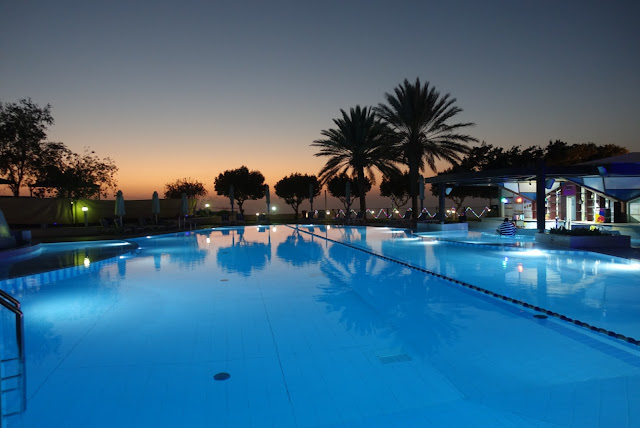 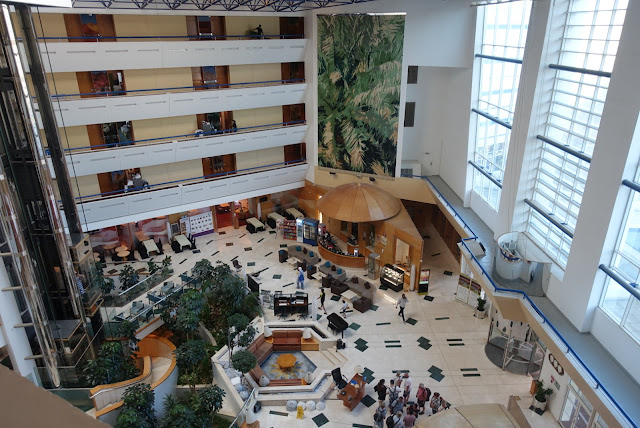 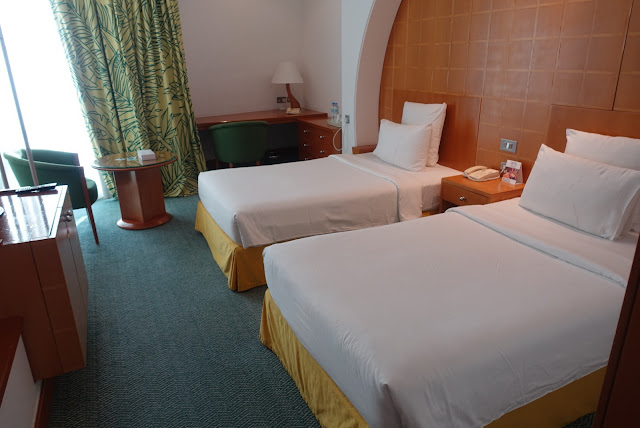 and the view at sunset- 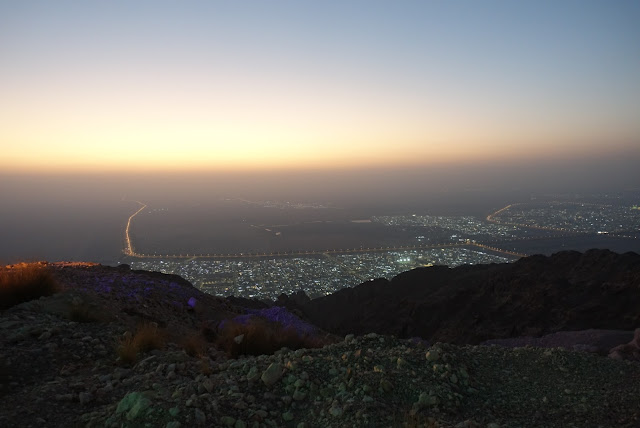 The orange line is the Oman/ U.A.E. border.
I did some laundry and put it on the railing of the deck to dry. My shorts disappeared! After a lot of sleuthing I finally found them on a deck below our room! Good thing because they are the only pair  I have.
Tomorrow we cross into Oman!