We were all anticipating our exit on the narrow twisting road but everything went fine.  Here is the view leaving Iskander Kul- The colours are amazing! 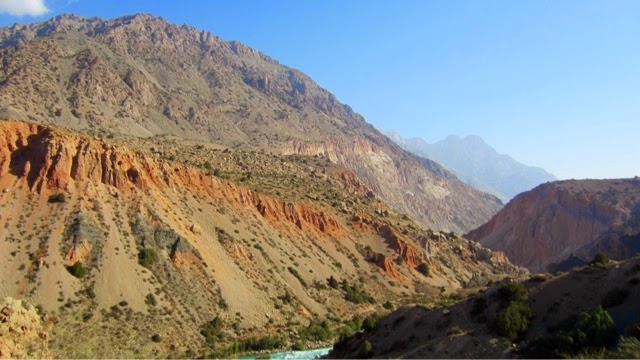 The lake is glacier fed.  It's in the centre of the picture.  Temperature wise, it felt like a typical Saskatchewan summer lake.  Quite a few went swimming- 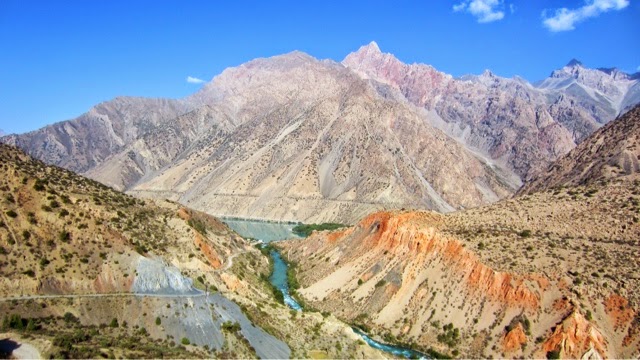 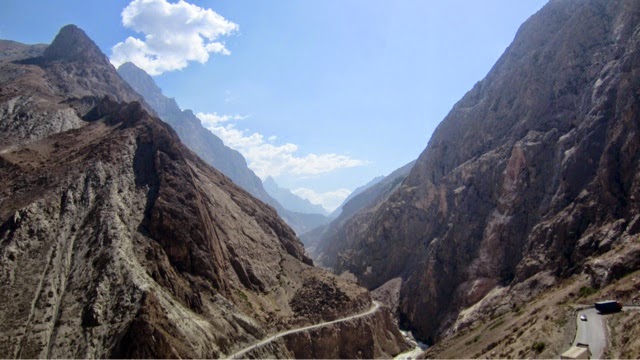 Driving to Dushanbe, we were held up for about 3 hours, waiting for.......  Not sure because we were meeting trucks and cars, and cars were allowed to go, just not bigger vehicles- 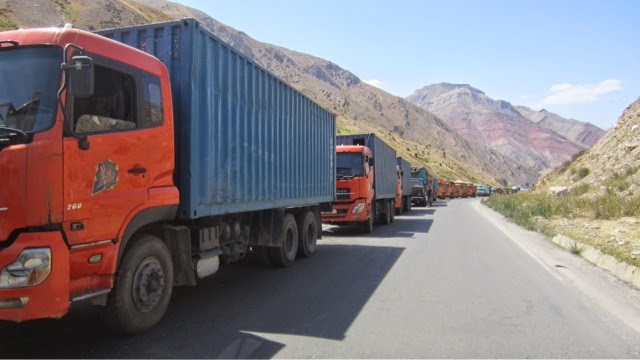 We drove through "the tunnel of death" or the Anzob Tunnel, a 5 km mess of potholes, darkness, water running in a few places and workers here and there, breathing the fumes!  We arrived at the end, only to be greeted by... 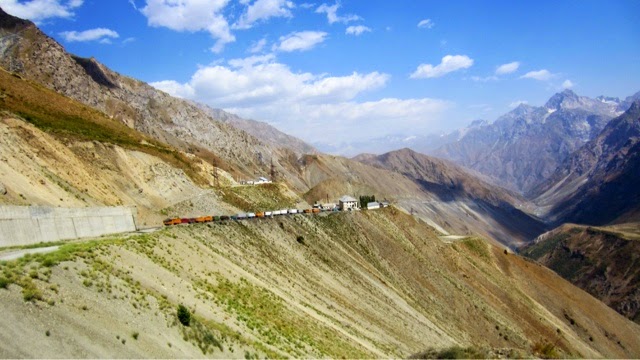 another queue!  But, we went up to the front, were weighed, and told to go.

I can't get over the view! 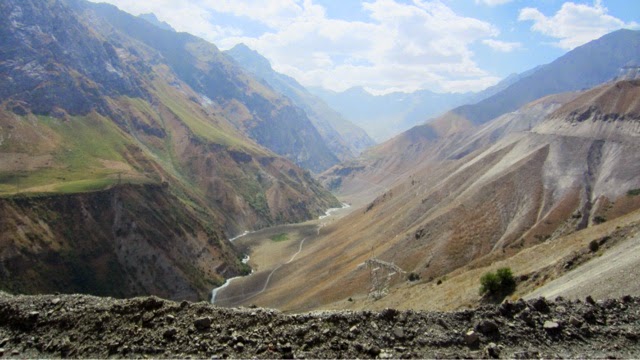 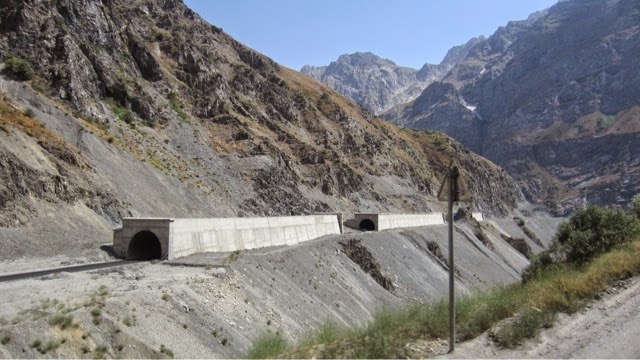 We arrived in Dushanbe 5 hours later than expected.  There's not a lot to see here, but there is the world's tallest flag pole at 165 meters- 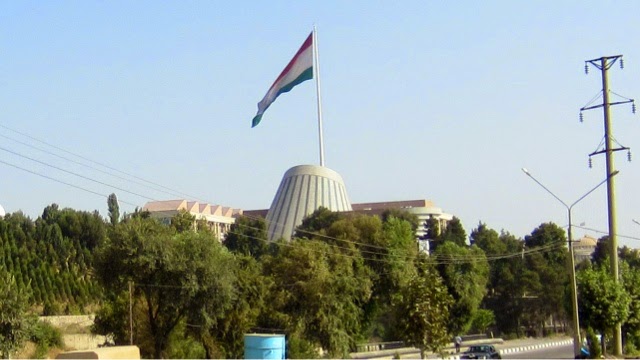 Ismoil Somoni was the 10th century founder of the Saminid Dynasty.  Here is his statue- 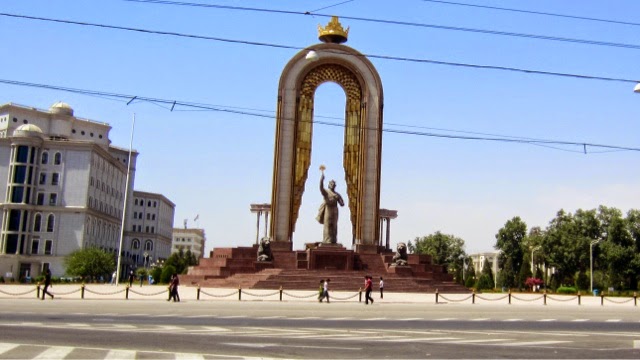 Supper was Indian: lamb biryani, tandoor chicken and chicken kedai.  It was excellent! 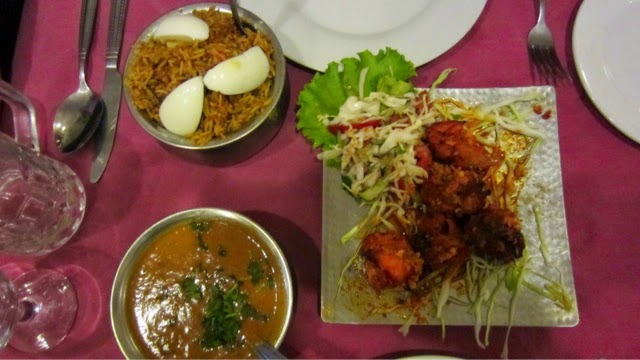 Email ThisBlogThis!Share to TwitterShare to FacebookShare to Pinterest
Labels: Dushanbe