The old town of Bukhara is not as quaint as Khiva but there are still many beautiful sites.  This is the Madrasasi of Ulugbeck, Central Asia's oldest madrasasi, built in 1417- 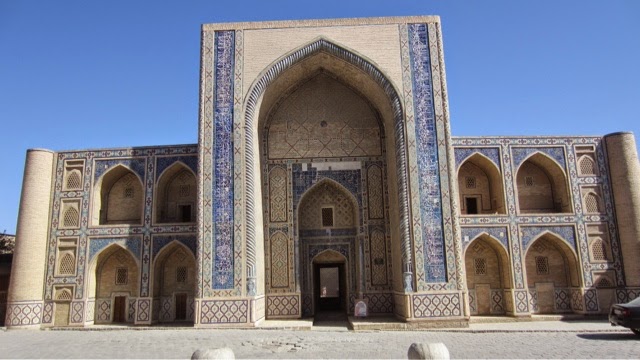 Across the street is the Abdul Azizxon Madrasasi, built in 1652-
' 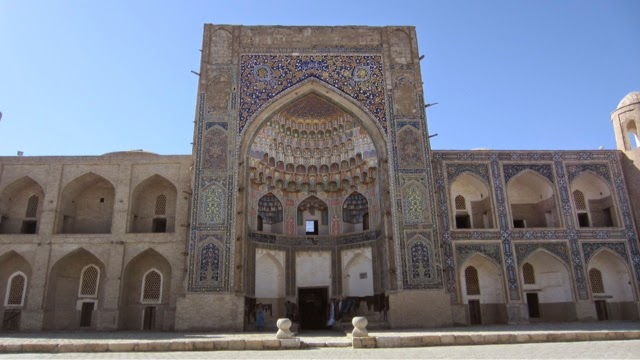 It contains the wood carving museum.  Notice the ghanch stalactites hanging from the ceiling- 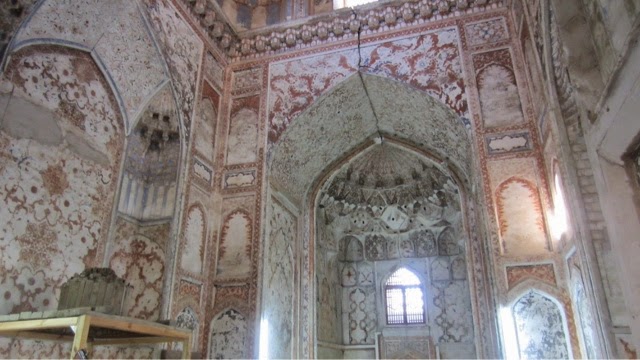 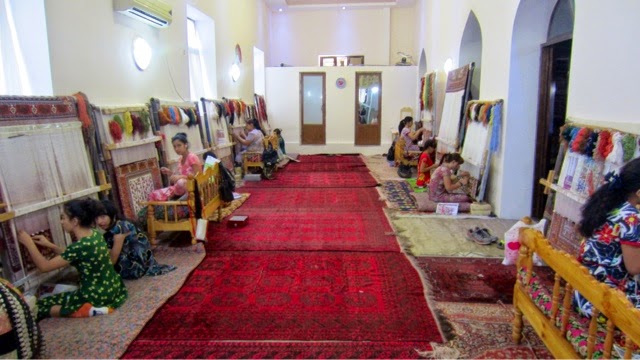 Notice the detail on this carpet- 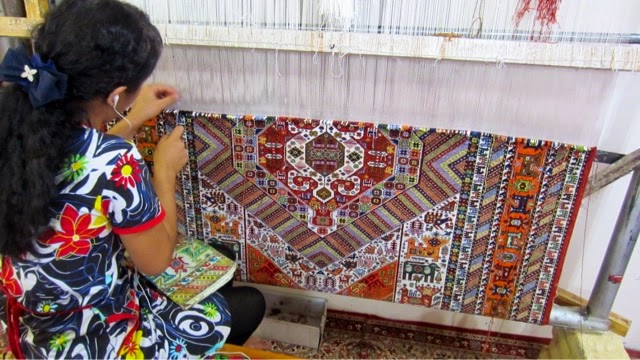 I don't have a room big enough for these! 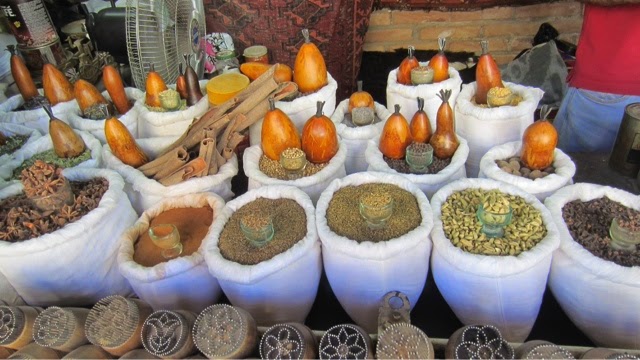 The Kalon Minaret, built in 1127, is 47 meters tall with 10 meters of foundation.  It was spared by Chinggis Khan when he invaded Bukhara, only because he liked it.  The tile is arranged in 14 different bands- 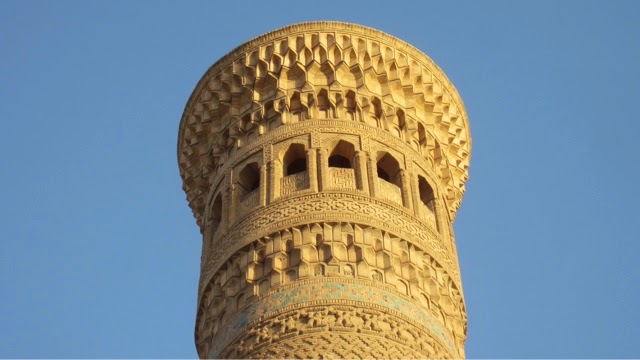 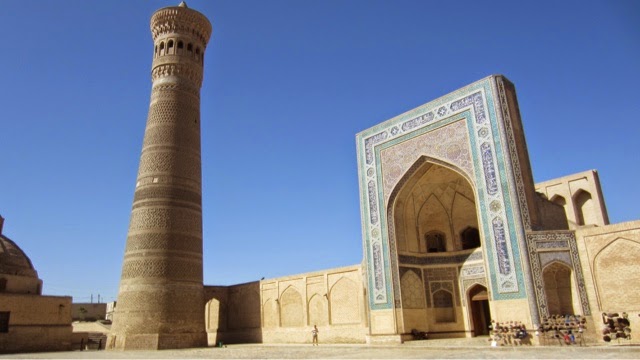 This is the Mir Arab Madrasa (they spell it all sorts of ways!).  It's a working Islamic school.  Students attend for 4 years and can specialize in the Islam religion or Iman and Arabic languages.  Graduates are usually sent as imans to mosques around Uzbekistan- 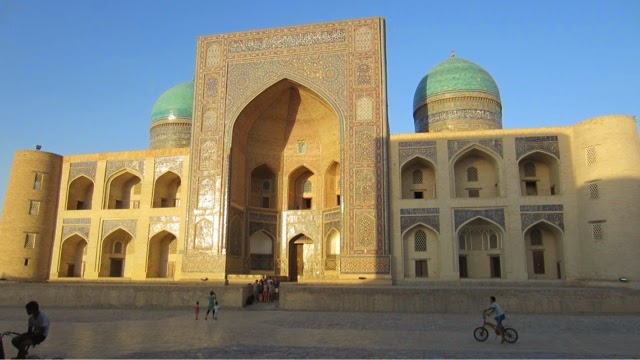 The Ark is the oldest structure in Bukhara, occupied from the 5th century until 1920 when it was bombed by the Red Army.  The wall is very thick and high- 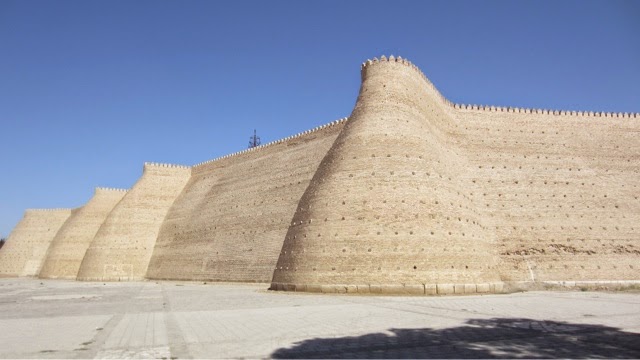 The entrance to the Ark- 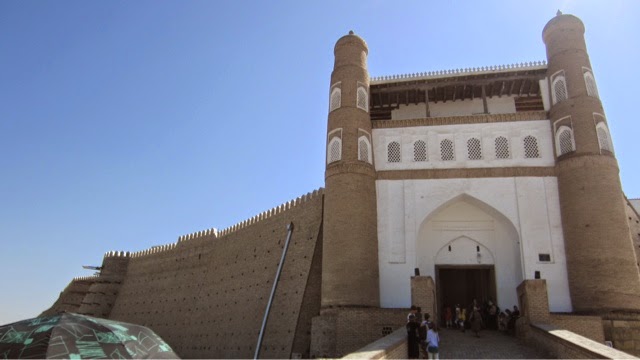 Today, this is the carpet museum, but originally it was the Maghoki Attar Mosque.  It's Central Asia's oldest survivng mosque with a 9th century facade and 16th century reconstruction.  In the 1930s, underneath it, archaeologists found bits of a 5th century Zoroastrian temple that had been destroyed by the Arabs. Legend says that the locals buried the mosque in sand (not hard to do around here!) to hide it from their enemies.  Only the top was visible when the archaeologists started digging- 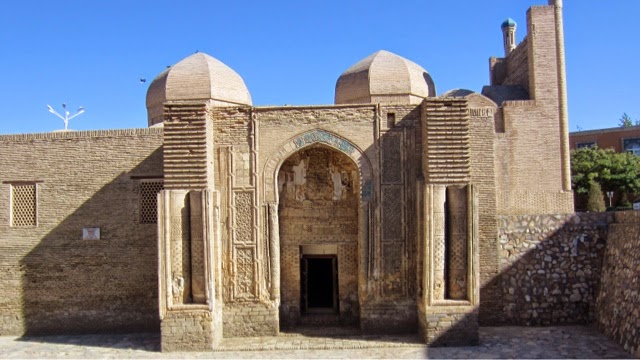 This is Nadir Divanbegi Medressa, with it's pretty tile work, built as a caravanserai but turned into a medressa in 1622.  The peacocks, lambs, sun and human face contradict the Islamic prohibition to depict living creations- 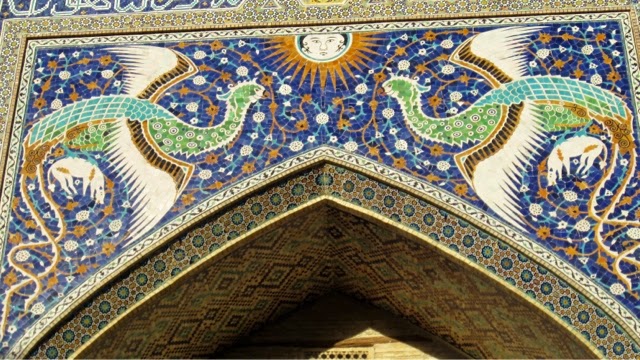 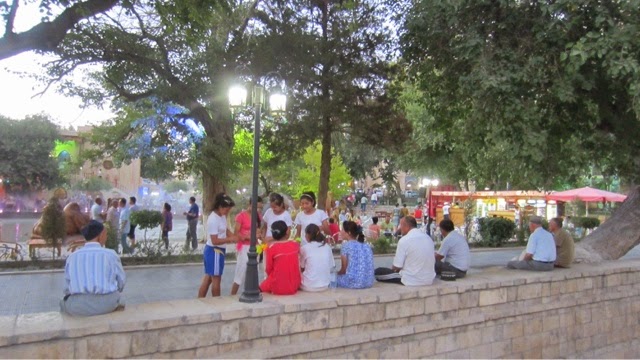 Men playing dominoes in the square- 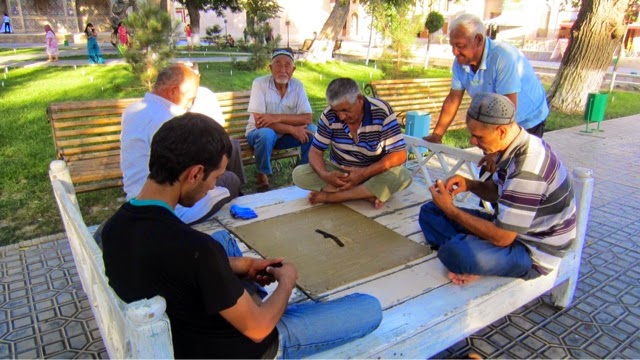 This is the semi-mythical "wise fool" statue, (not the one in the pink), Hoja Nasruddin, who appears in Sufi teaching-tales around the world- 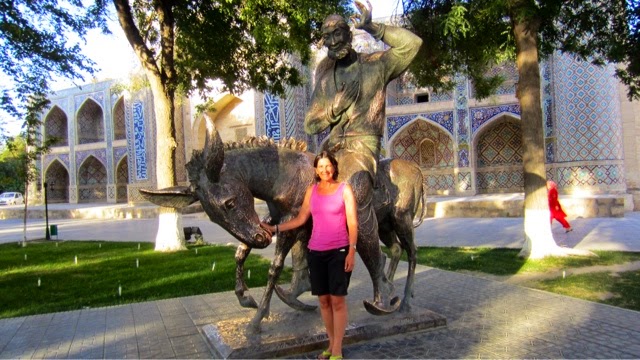 This is a typical courtyard of a medrassi.  The classrooms were off the courtyard but today are used as shops.  This particular one was built in 1568-1569- 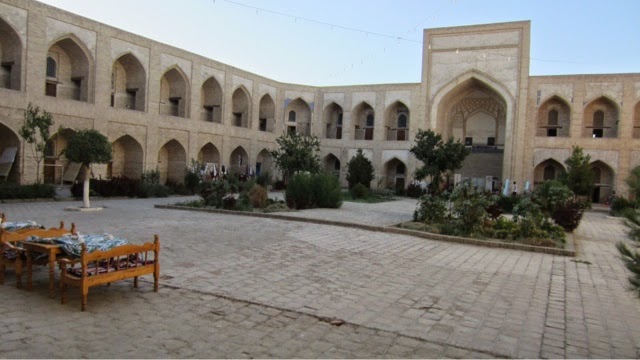 This is some of the tile work in the ceiling- 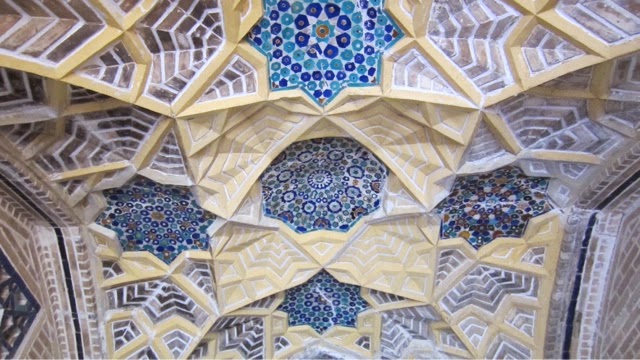 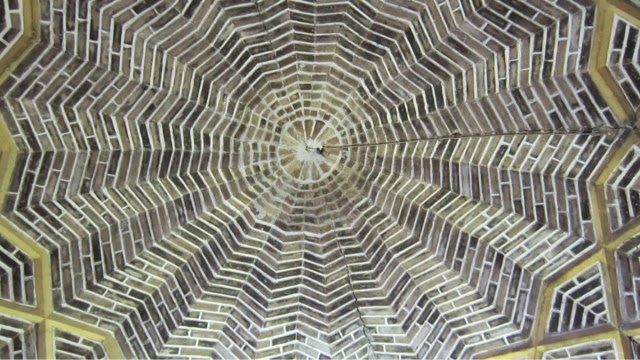 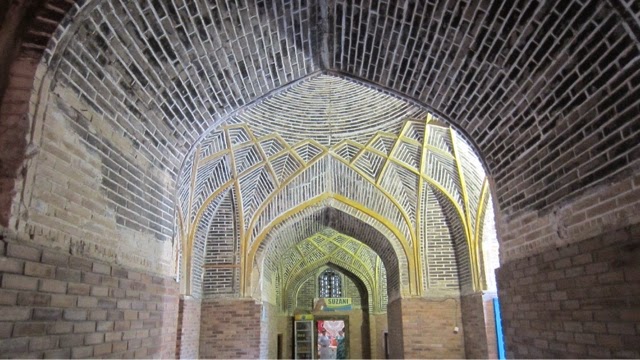 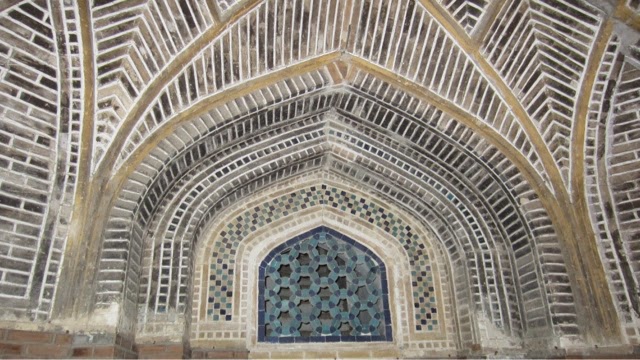 Email ThisBlogThis!Share to TwitterShare to FacebookShare to Pinterest
Labels: Bukhara