Last night seemed a lot colder than other nights but my thermometer said +9 inside my tent.  Here's our bush camp this morning- 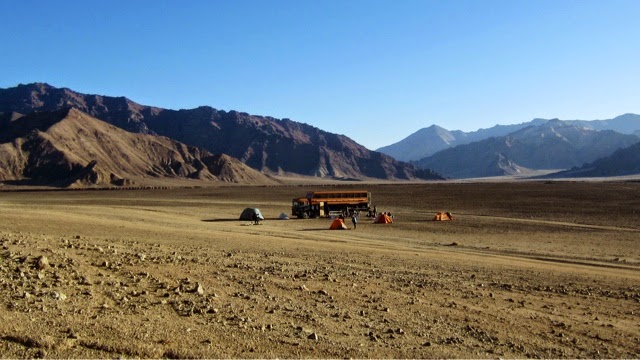 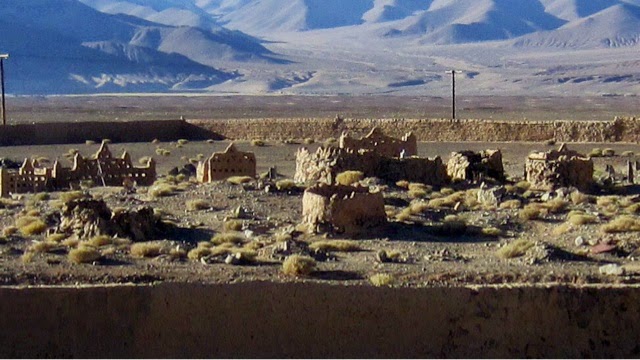 Along the way. I love the colors- 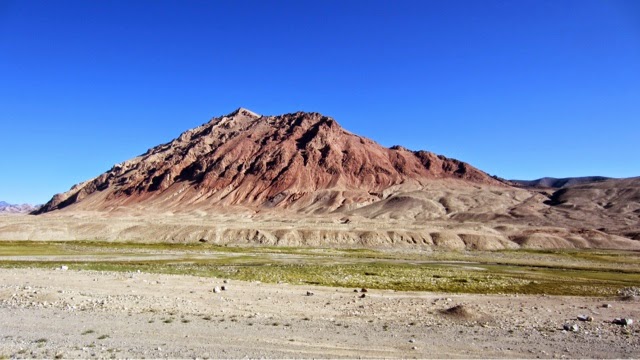 The fence to the neutral zone with China- 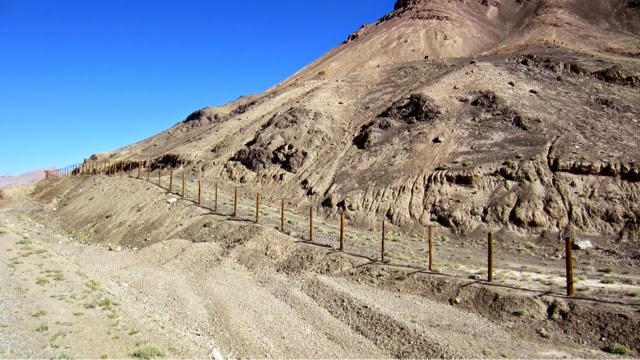 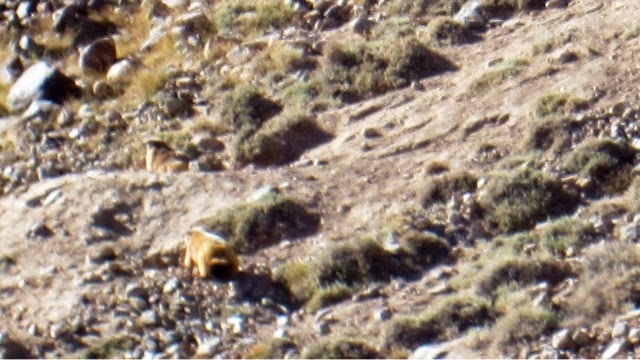 The long and winding road.  Actually, in this picture it's pretty straight! 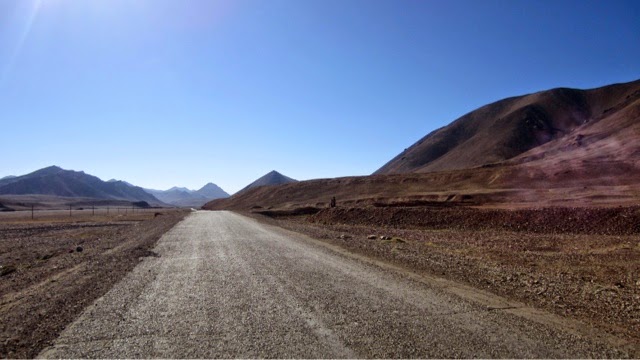 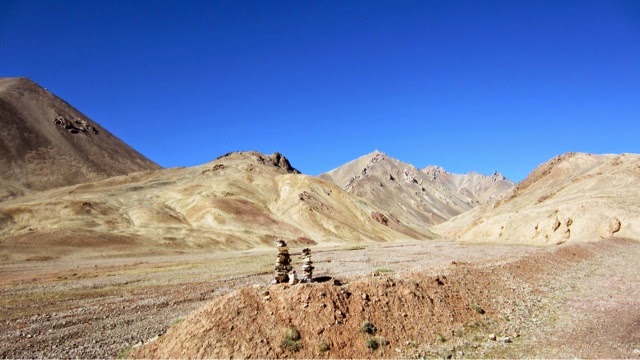 Where we came from- 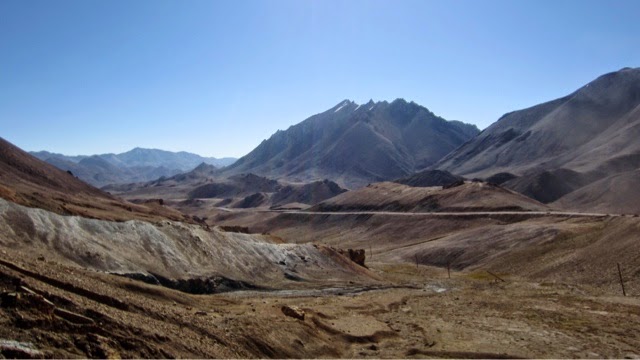 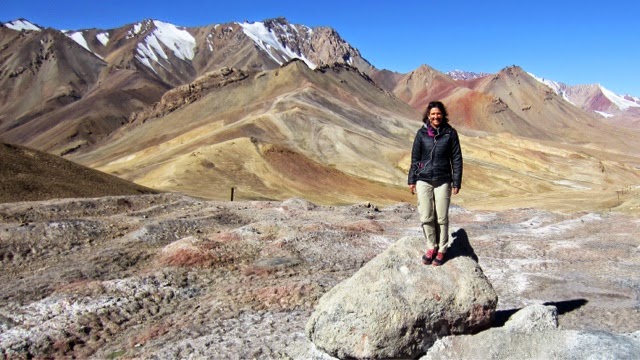 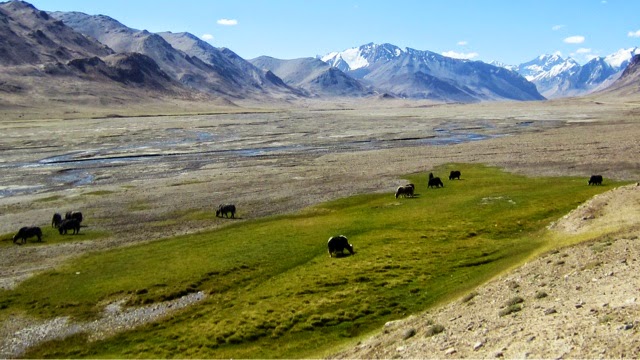 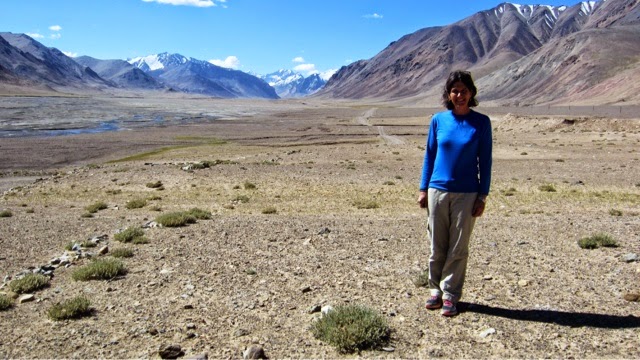 We passed Karakul Lake, which was formed by a meteor over 10 million years ago.  Currently, there is an effort to have it named the world's highest navigational lake- 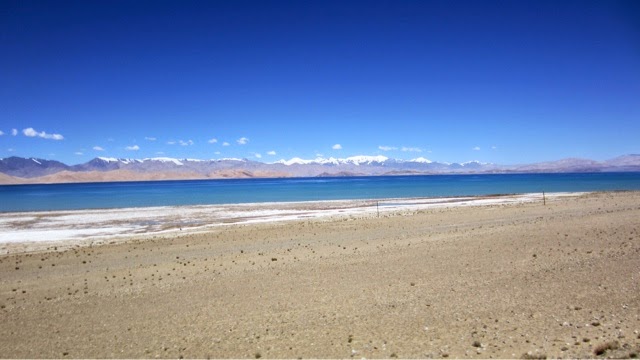 The 'resort' town of Karakul.  Not!  Tajikistan is a VERY poor country, but the people make up for that with their friendliness and curiosity- 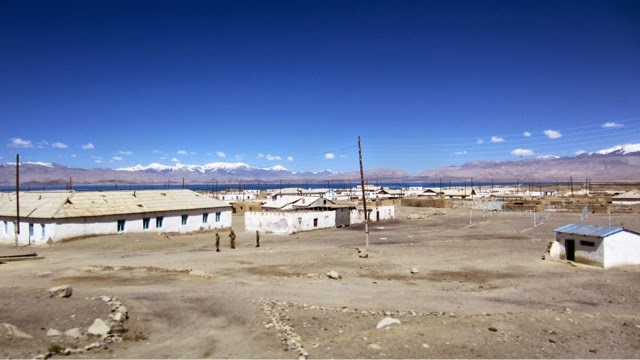 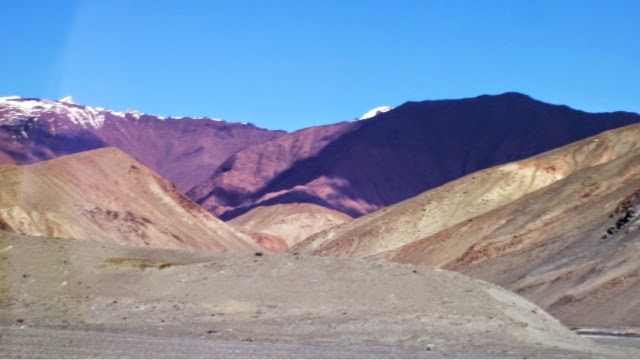 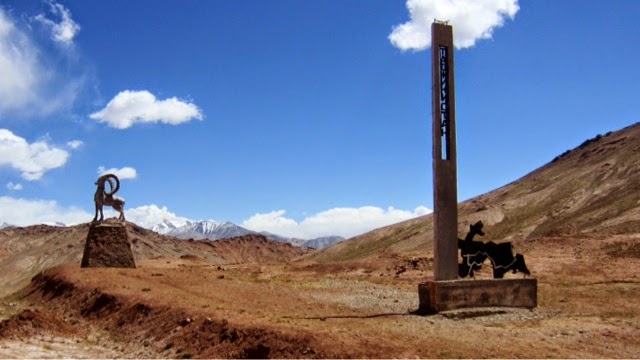 Between the Tajikistan and Kyrgyzstan border, there was 20 km of no man's land- 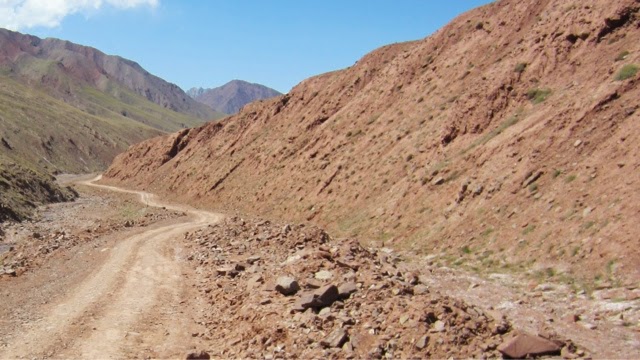 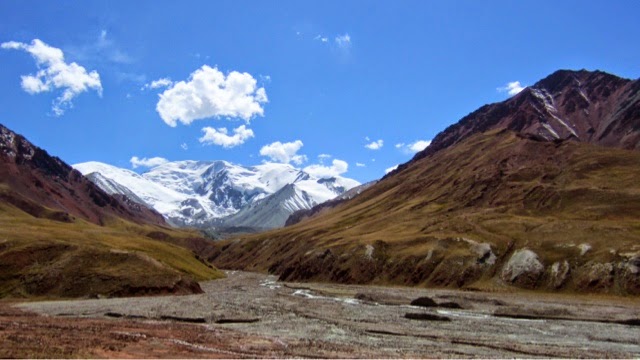 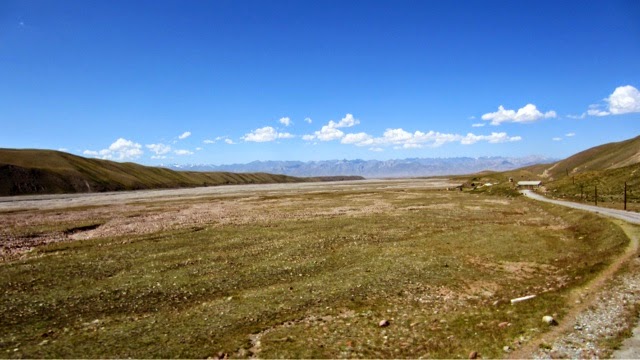 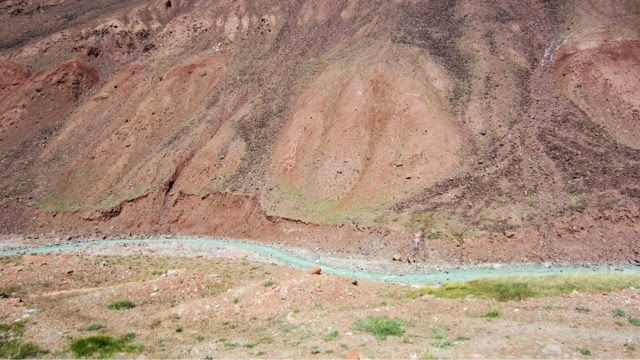 Here is a shed from a Marco Polo- 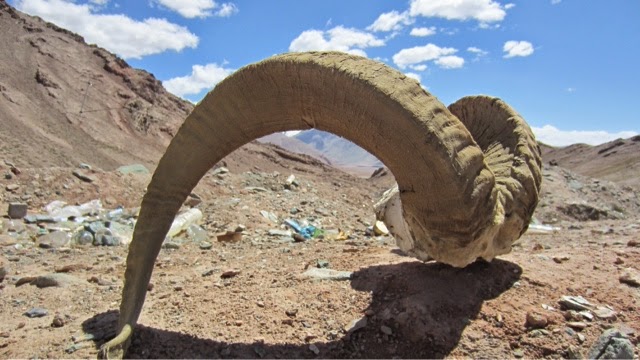 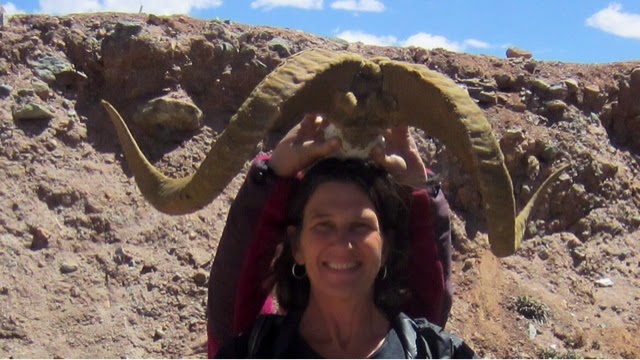 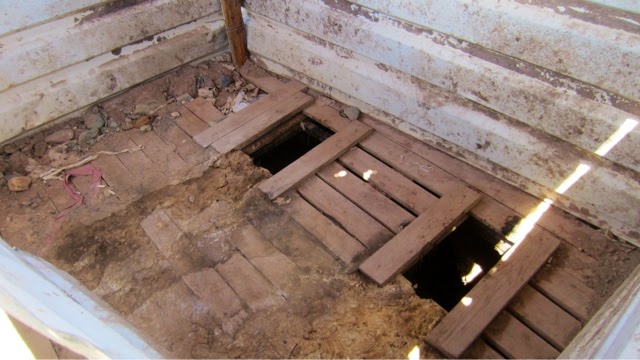 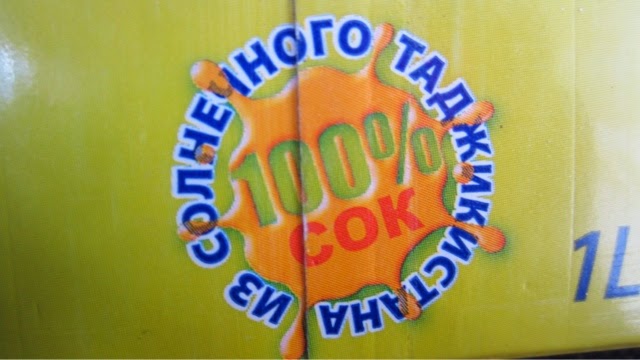 Crossing the border was painless and as if by magic, Kyrgyzstan was different.  Greener, road signs, beautiful pavement..... 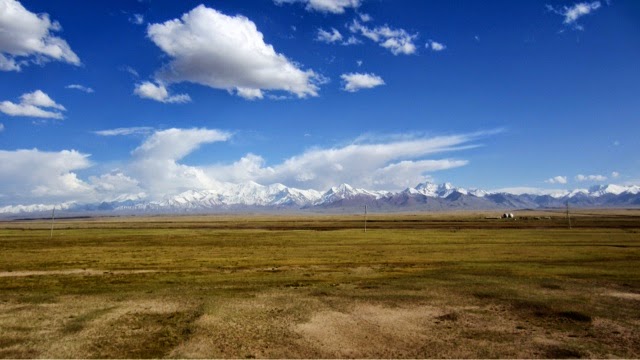 Notice the piles of manure drying out in front for fuel- 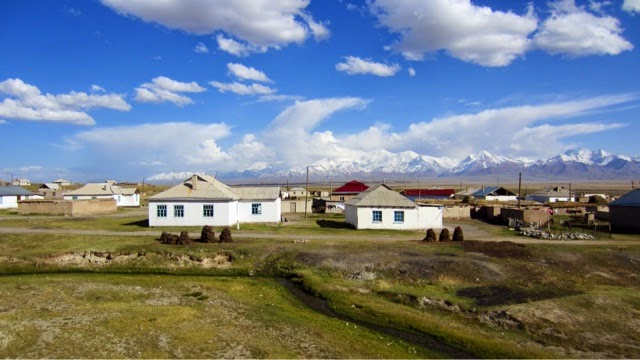 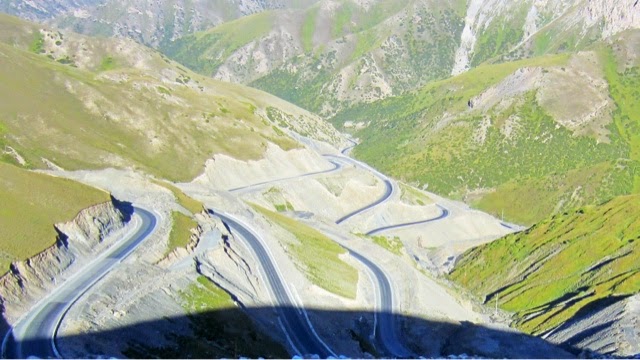 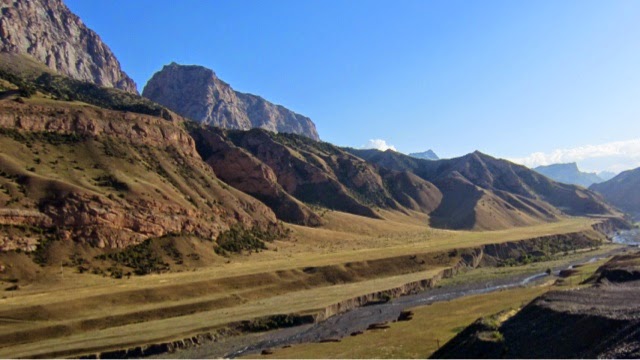 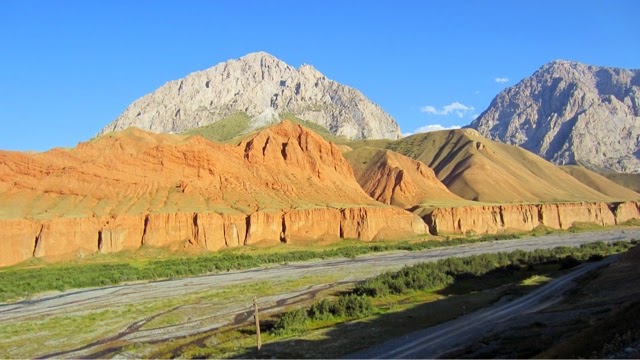