Here is a monument to the Fighters of the Revolution.  She has a flag in one hand and is pointing with the other to those who gave their lives during the fight. 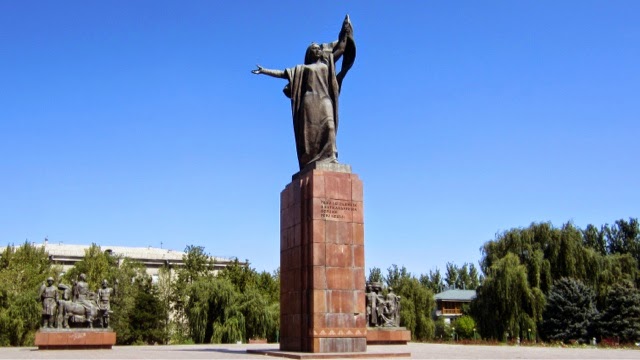 Kurmanjan Datka is a stateswoman and military leader of the Kyrgyz Alai. 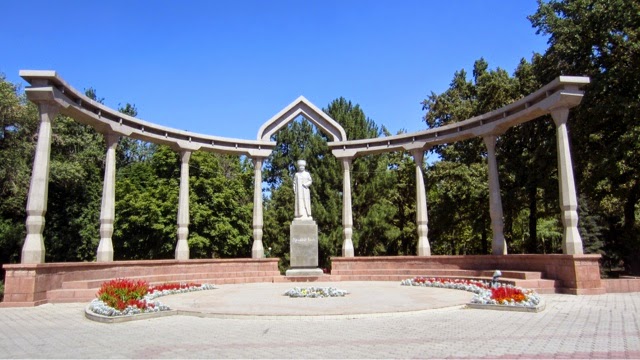 Manas the Magnanimous is the main character in the long poem "Manas".  He's the symbol of unity for bringing numerous Kyrgyz tribes together in dangerous times. 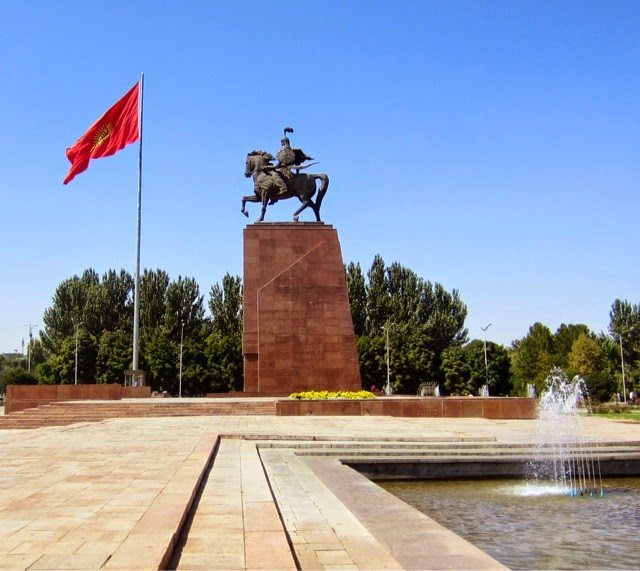 In order to get into China and pass the MOT test (making sure our vehicle is roadworthy), we need a new windshield and a brake part.  So, both were found after much searching - the part at the car bazaar and the windshield in a salvage yard.  However, when the two gentlemen were putting the windshield in, they cracked it!  They'll be back tomorrow to attempt to fix it!  The only Scania windshield in Bishkek and they broke it!

Email ThisBlogThis!Share to TwitterShare to FacebookShare to Pinterest
Labels: Bishkek