It was a cool night: 7 celsius in my tent.  It's going to get colder!  Here's the view from the camp- 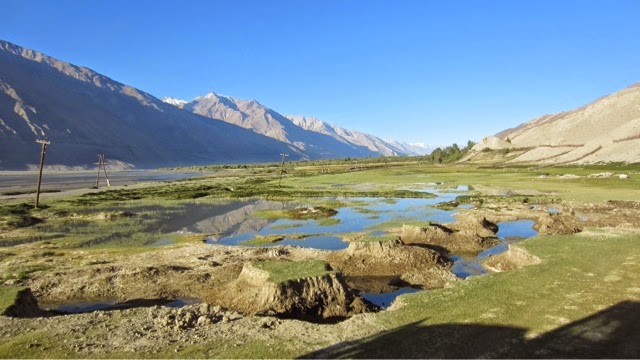 Our first stop this morning was at Vrang to see a 4th century Buddhist stupa. 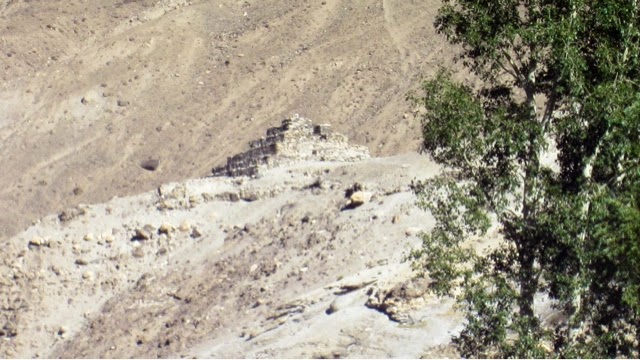 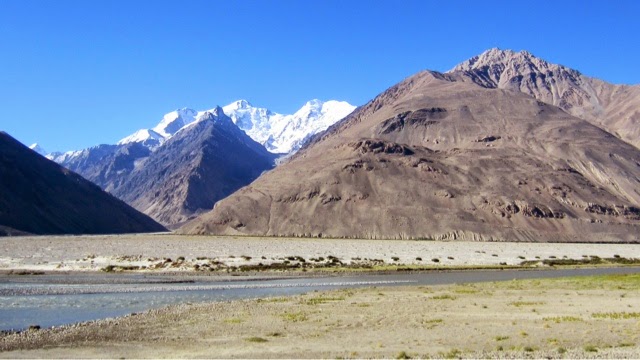 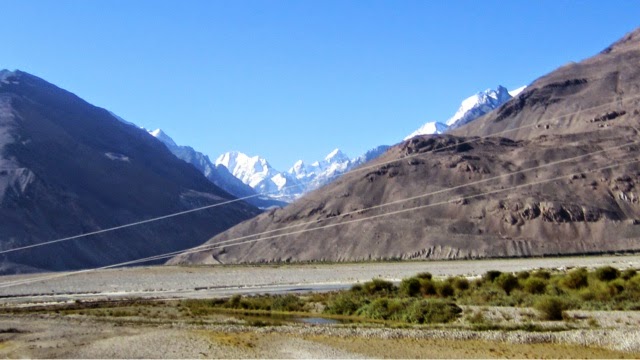 Donkeys are used for hauling hay- 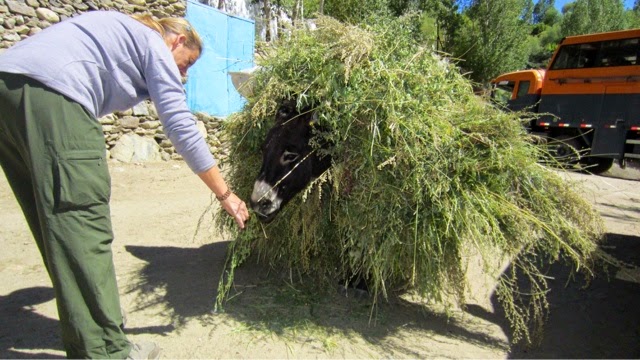 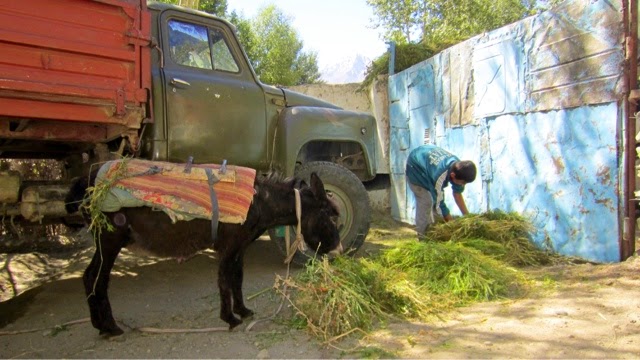 We made it as far east as Langar where the road became too steep and too switch backy for us to continue.  Will made a valiant effort trying to turn this corner.  Quite a few wheels were off the ground.  I was too horrified to take a picture of that! 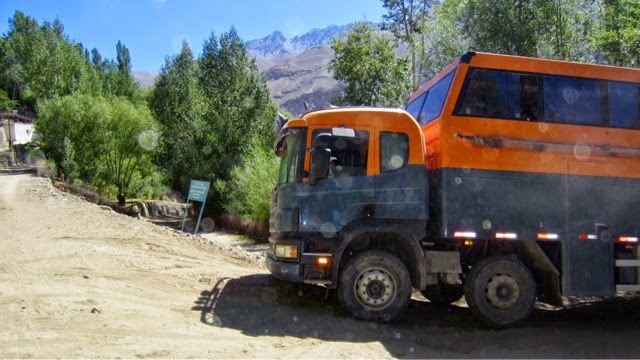 We had no choice but to turn around and head back to Khorog :(

Here are some typical homes along the way.  They're made of stones, then covered with stucco, then whitewashed.  Notice the satellite dish! 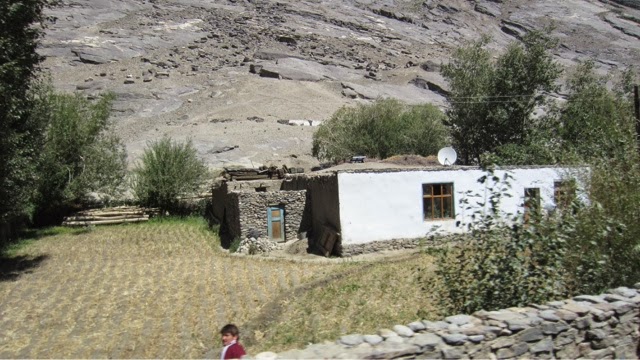 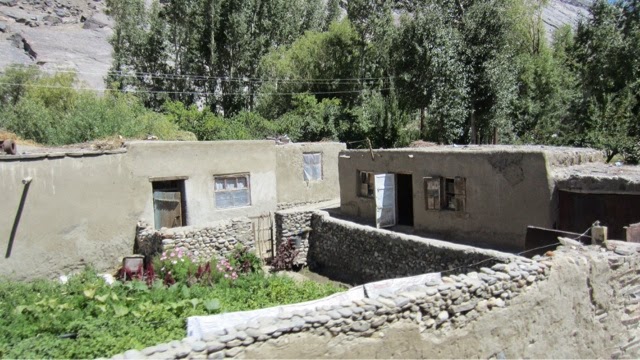 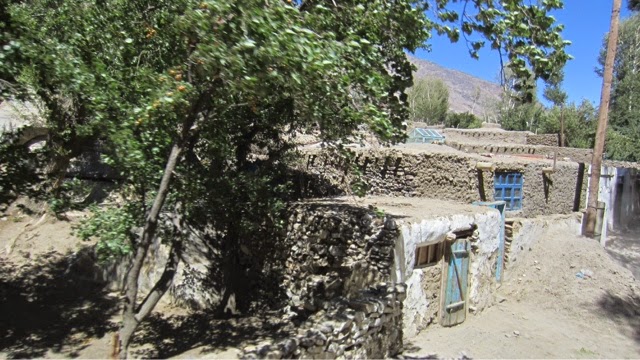 We stopped for lunch and this is what we got!  Yes, there were 7 weiners and 1 egg! 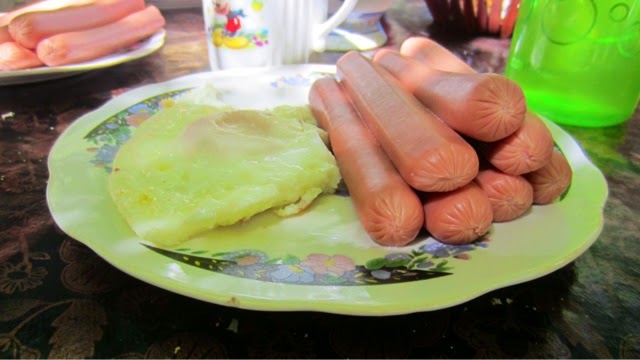 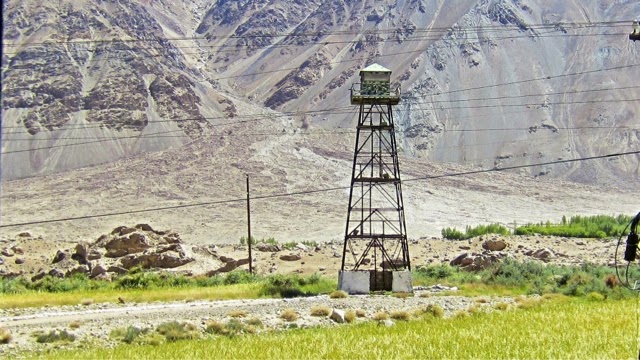 We had to pull over to check the truck and meanwhile, there was shooting further up the valley.  A local said it was the Mujahadeen shooting towards Tajikistan.  Not sure if he knew what he was talking about or not, but when we went through that area, the shooting had stopped- 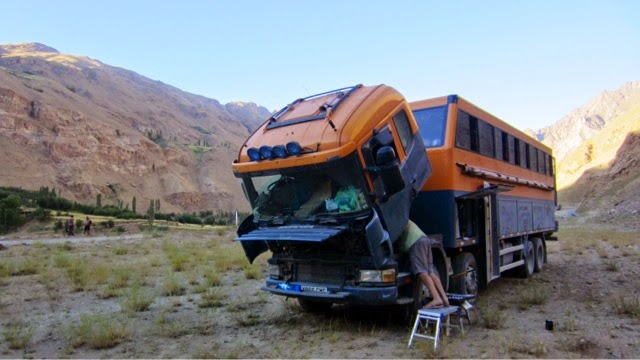 Rather than bush camp tonight, we're in a hotel in Khorog so we've all had showers and are feeling pretty good!