Today started out with a 2 hour truck clean - washing inside and out.  Then, we were on our way and stopped for water.  Here are some cute kids who were just hanging out- 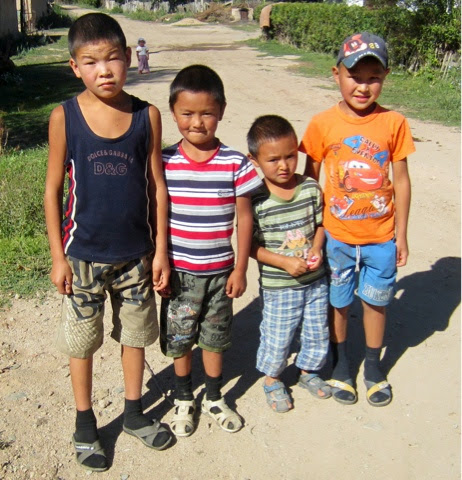 We drove a lot, trying to make Tash Rabat so we could enter China tomorrow, but we didn't.  We got as far as Naryn.

This is along Lake Issyk Kul.  Notice the mountains in the distance and the cows and horses that are literally everywhere- 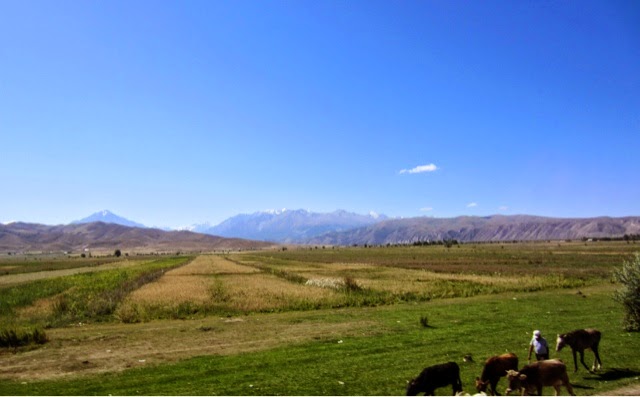 The last of Lake Issyk Kul.  We drove all around it!  It has beautiful blue hues but we didn't see one boat and only a few swimmers.  There are a few abandonned resorts along the way.  It's just really strange. 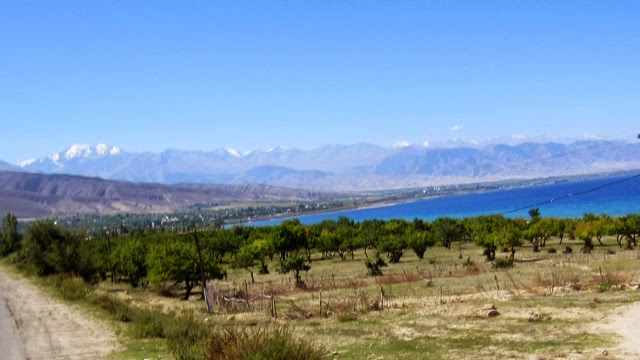 We drove through river valleys, gorges, mountains, prairie - every landscape imaginable.  Check out the cool colours! 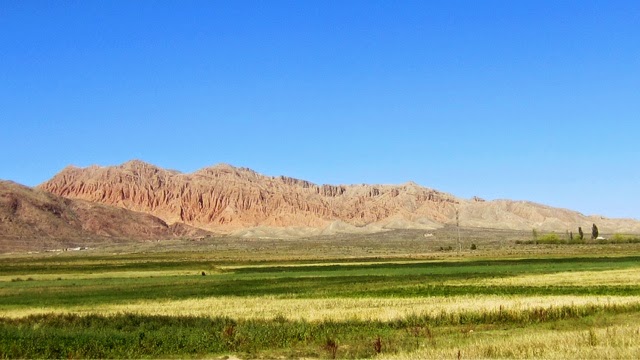 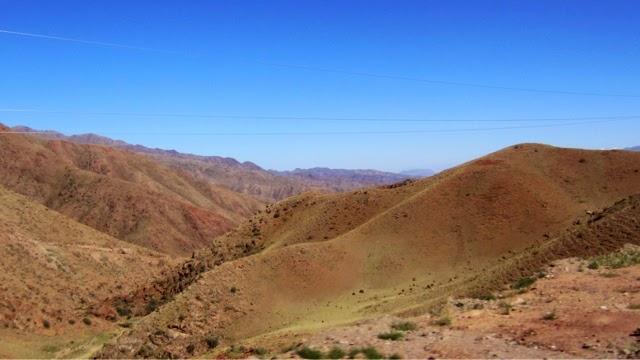 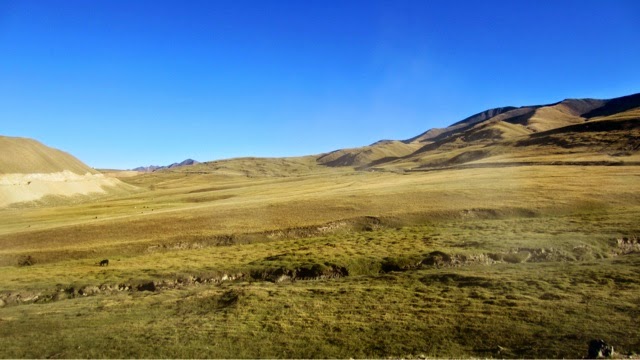 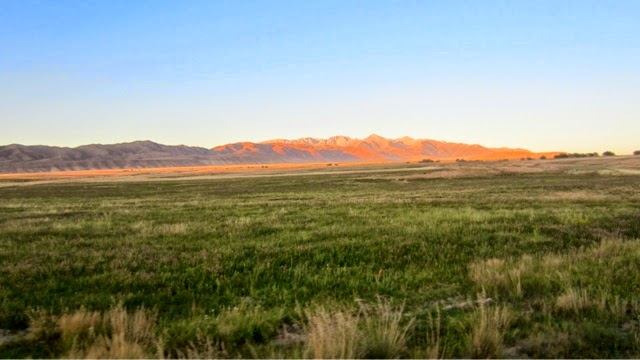 Here you can see the POS road we were on for quite awhile.  The poor truck just shakes and groans- 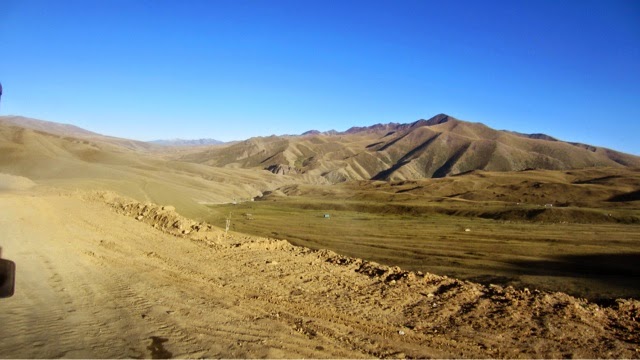 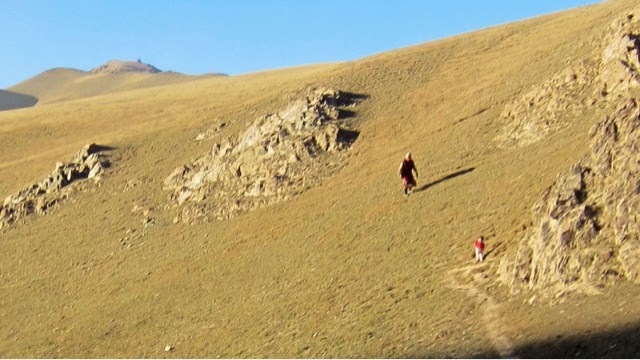 This sign says 'detour' in Cyrillic script.  I like it because it combines our letters and numbers, and reverses certain letters like 'n' and 'r'.  Kyrgyz is a Turkish language that has been written using a Cyrillic script since the 1940s.  Kyrgyzstan is in the process of changing over to a Roman alphabet.  Russian has official language status, but there is a push to use Kyrgyz as the official language of media, government and education. 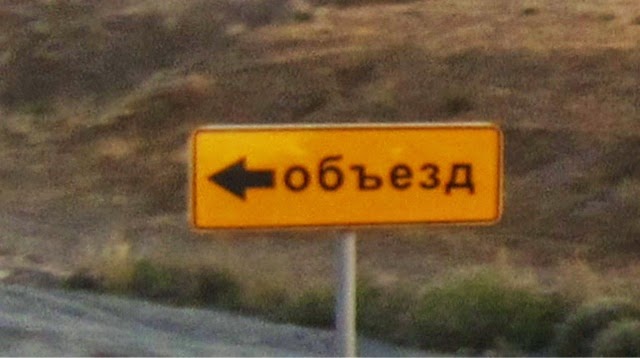 We have a 5 am breakfast tomorrow as we're on our way to Kashgar, China!