It's Saturday and no work or studying!
My first stop, via chicken bus because for 33 cents, why would I walk? was to the wholesale mercado. It's only open three days a week and it's where the ladies in the parks buy their stuff.  I don't like any of it but thought I'd still check it out.  There are lots of things available from fabric- 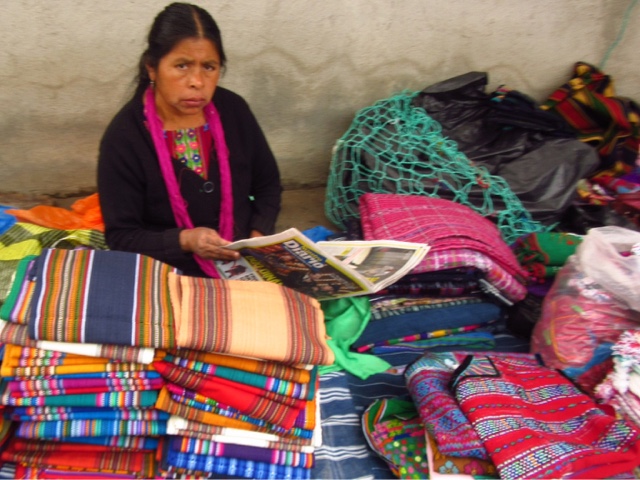 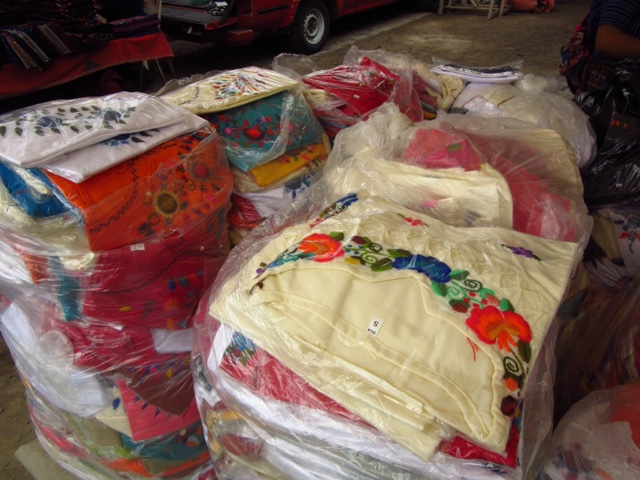 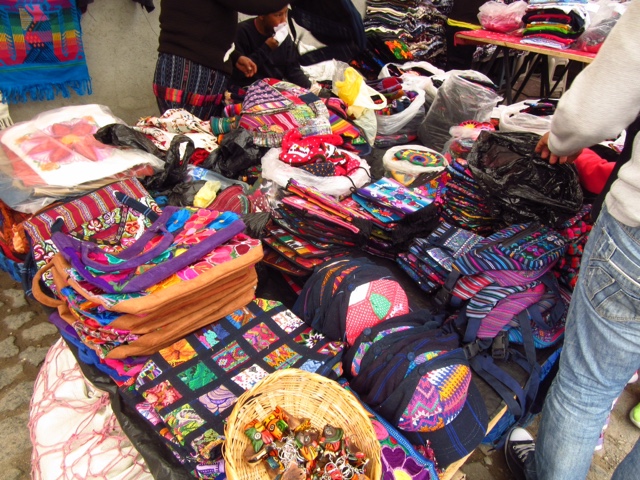 other types of bags- 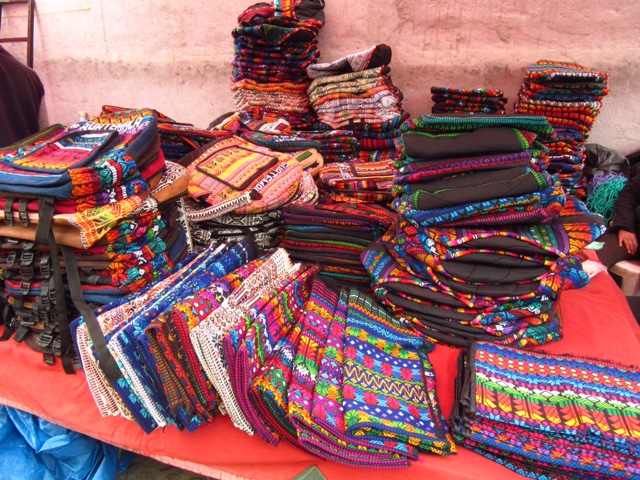 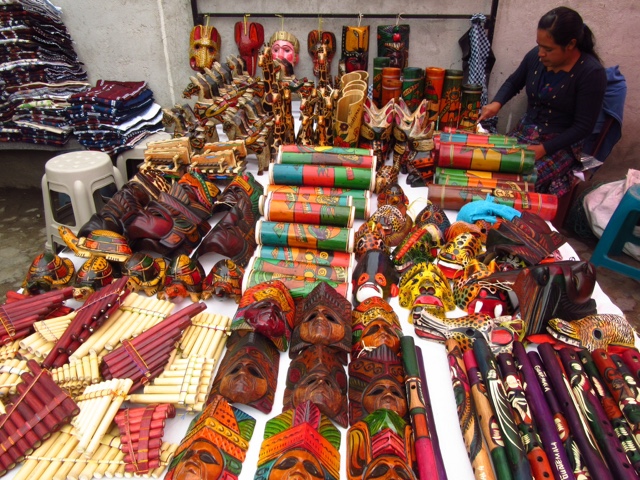 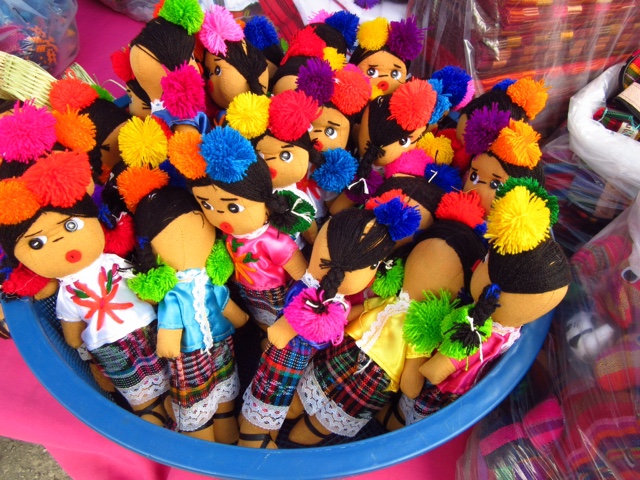 After, I walked to the dentista for my checkup and cleaning.  It turns out my bill was only $103 Canadian for that and two fillings.  On my way home, I came across this young woman.  Turning 15 is a big deal - flowers, photographers and very expensive dresses- 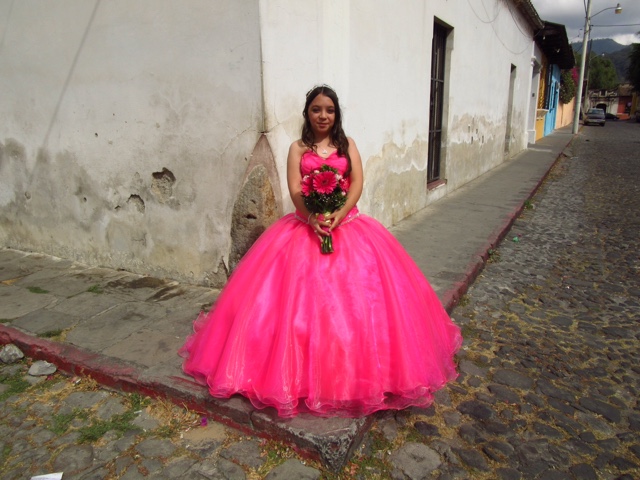 They were heading over to Iglesia San Francisco- 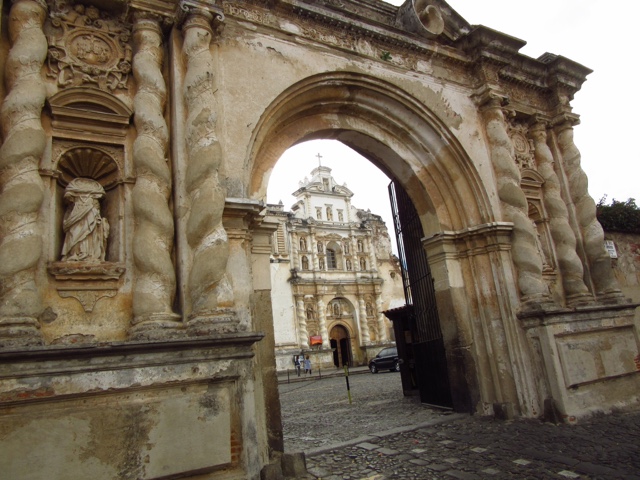 There are many beautiful gardens hiding behind walls.  Entrepreneurs fill them with restaurants like Dom Luisa- 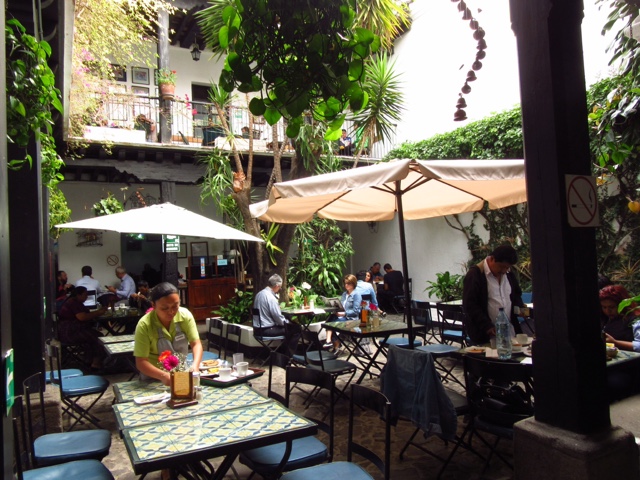 McDonalds also has a beautiful garden, complete with Ronald relaxing on the bench.  Sheny told me a story about this McDonalds but it seems like it has to be an urban legend.  In the late 90s, while cleaning the restaurant after closing, two girls saw Ronald come alive.  One girl fainted, went into a coma and died a few weeks later.  Apparently, Ronald not only gets up and walks around, he changes the position of his feet.  A friend of Sheny's was fired because the workers were told not to talk about this and she did.  Apparently, the site that it's built on was where former firing squads carried out their missions.  In constructing the restaurant, they kept a wall from the past.  There used to be two Ronald statues but after this, the 'haunted' one was removed- 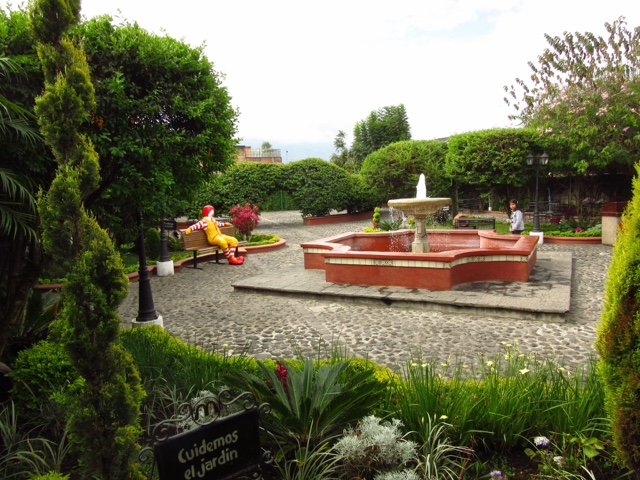 Maybe I'll go back another day and see if his feet are still crossed!
This afternoon I worked on homework- surprise!  surprise!  and got most of my itinerary worked out for my 3 weeks in Mexico.  It was too nice a day to stay home so I wandered.  The 12 stations of the cross are along my street but unfortunately, none was open today.  Maybe tomorrow.  This is the seventh- 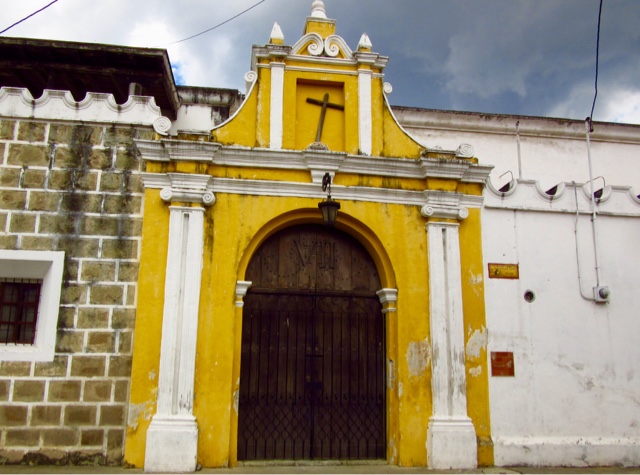 Doors and beauty in Antigua- 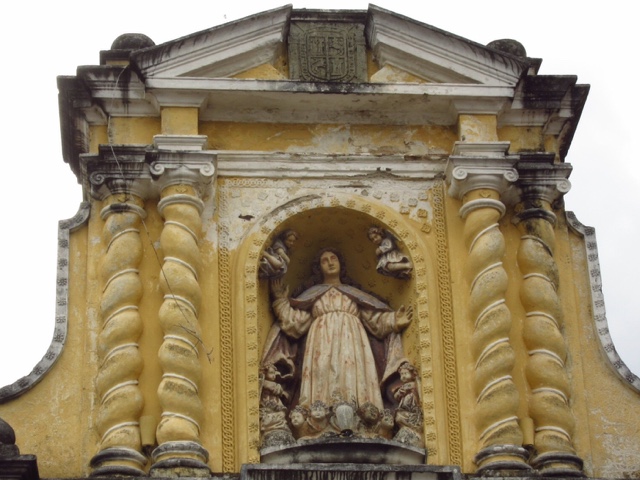 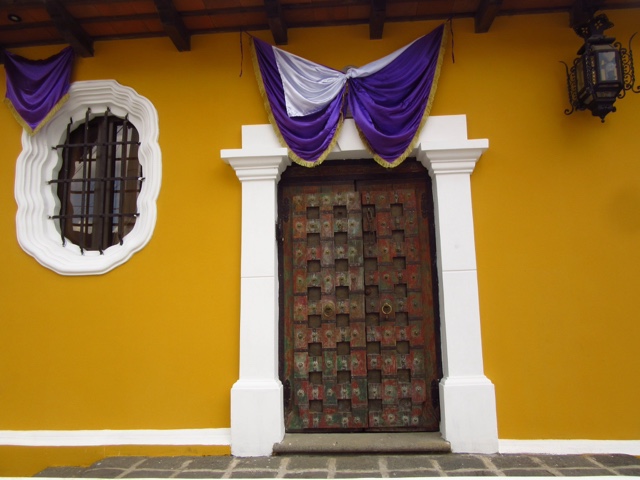 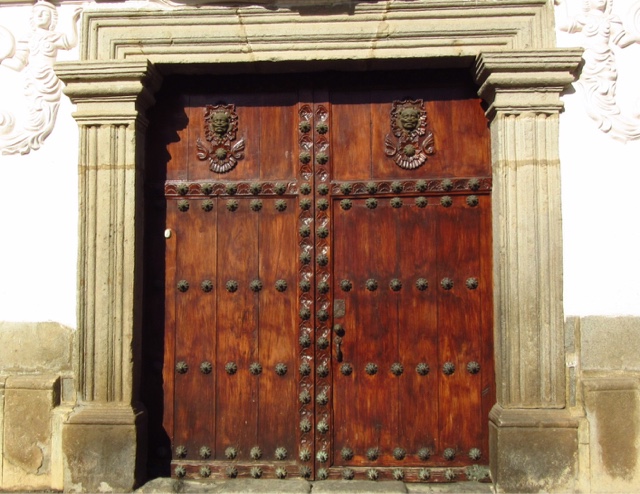 Someone was celebrating a birthday and got quite a present- 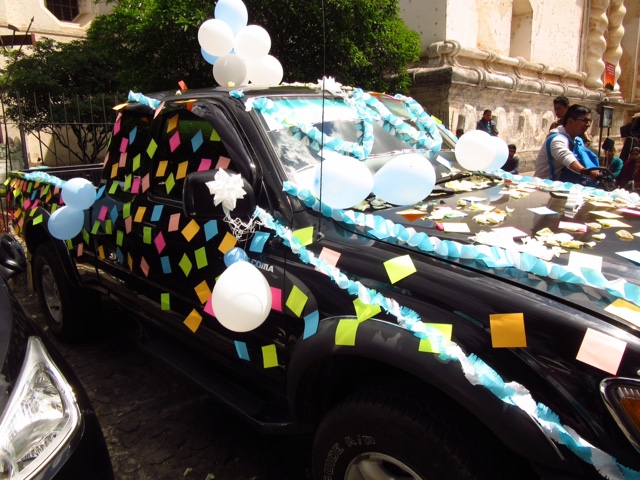 I spent a couple hours sitting in Parque Central, enjoying people watching and the sunshine.
Tonight I'm doing homework and reading a book.  Looking forward to the procession at Santa Ines tomorrow!
at February 24, 2018