We're into the final week of this adventure.  Four months have truly flown by but life in the big orange bubble is not reality and so must end!
We had an early start, leaving at 6 am but we spent an hour driving around the city looking for 3 passengers.  Eventually we found them and were on our way.  I don't know if it was the 5 am wake up call or what but I slept most of the day, inspite of the beautiful scenery- 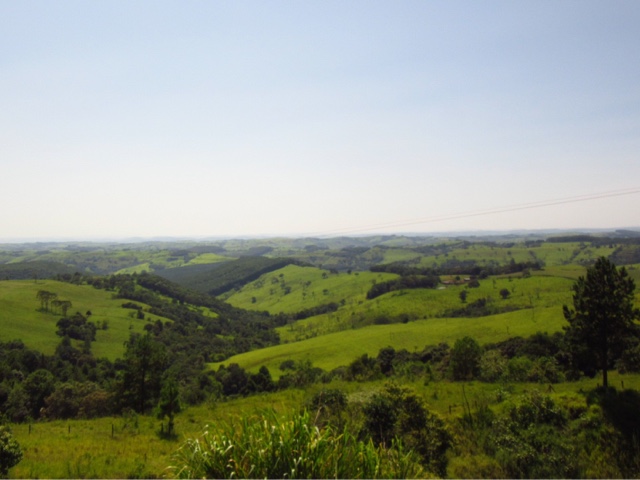 This is one of the few fields of summer fallow I've seen.  They get 3 crops/ year so crops are at all stages from just coming up to harvested.  I've only seen one small tractor cultivating a field.  I think most work is done custom and it's also possible to rent equipment.  Farms are owned by huge companies and the workers live in dingy houses on the farms.  Soy is a huge crop because they use it to make gasoline - 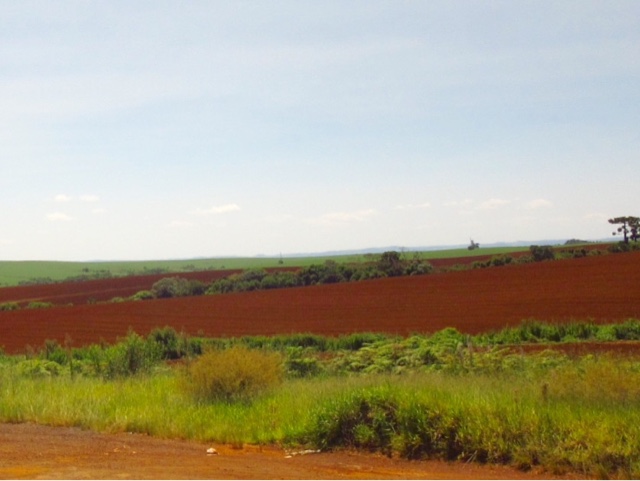 The size of the storage bins is incredible- 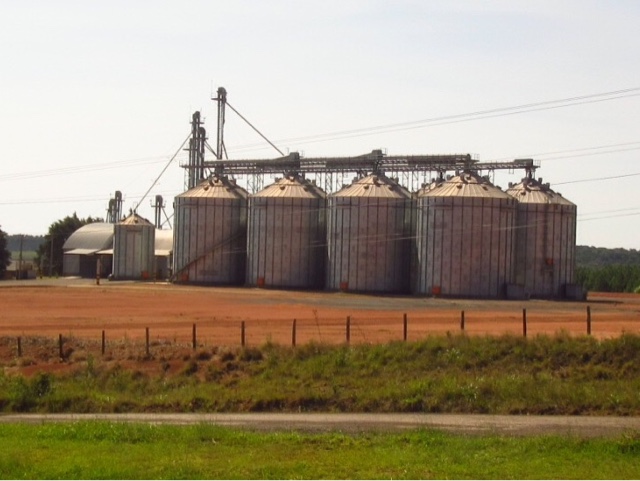 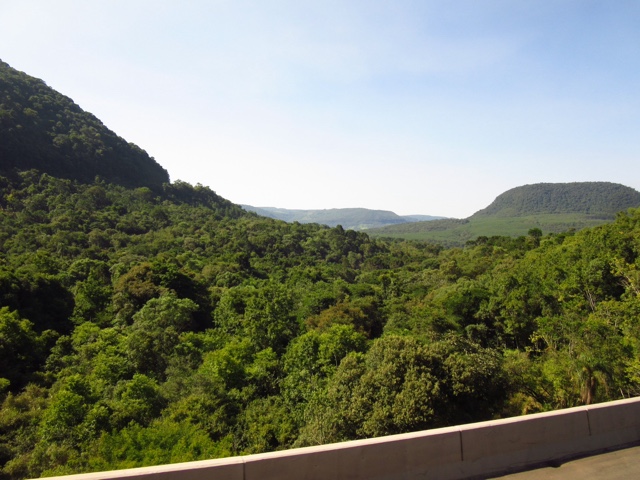 We camped behind a highway restaurant.  They are quite popular in Brazil: food is served buffet style and they have a good selection.  Sometimes they weigh your plate, other times it's just a fixed price.  As we were setting up our tents, we heard the most awful scream, moan, plea for help imaginable.  You have never heard anything like it.  Earlier on the trip I started reading a nasty book about teenagers kidnapped at malls and held hostage in out of the way places and used for sex.  I thought "what if there are kids hidden in the back of this restaurant and they're trying to get our attention!"  So I walked towards the noise and found one of the cooks freaking out.  She had dumped boiling water on herself.  She burned the palms of her hands, her right side and her nose.  The skin had already peeled off her hands.  Another worker was with her but had no clue what to do.  I had her plunge her hands in cold water but she could only stand that a few seconds before she slithered to the floor.  Finally I realized this was too much for 'cold water' and said we needed to call an ambulance.  In 15 seconds, I had car keys thrust in my hand and we were on our way to the hospital.  Sabrina was moaning in the back seat, I was trying to remember how to drive after 4 months - watching for speed bumps, red lights, police, traffic circles, cobblestone streets, figuring out a manual transmission, watching the low fuel light- hoping we wouldn't run out of gas and struggling with the language - they speak Portuguese here!  Vanessa, her coworker, who also burned her little finger (it was puffed up like a balloon) and I finally got Sabrina into emergency.  In no time she was sedated and her husband and parents arrived.  Vanessa and I returned safely to the restaurant and the rest of the night was uneventful.  I can't imagine the healing process and the possible skin grafting and physiotherapy that will be needed for Sabina to be able to use her hands again.
Day 2 we left at 7 which was nicer because at least it was daylight.  Along the way, more jungle- 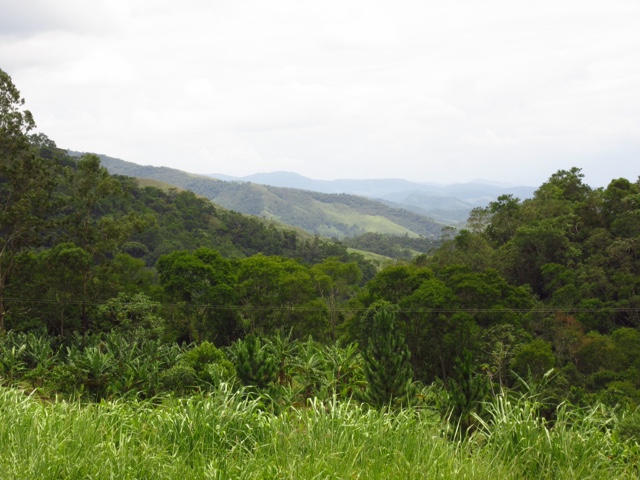 And lots of bananas- 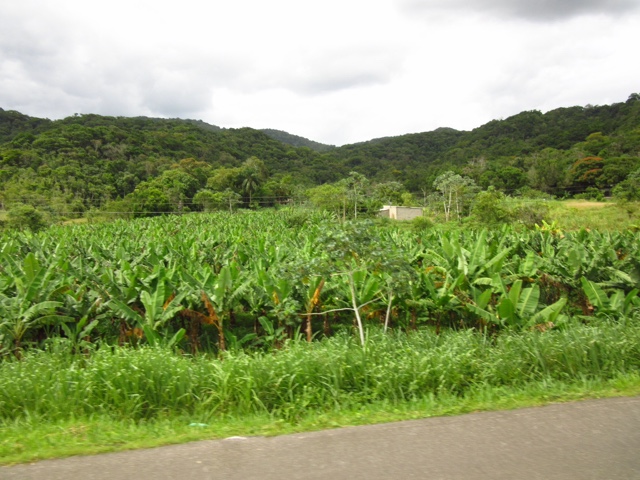 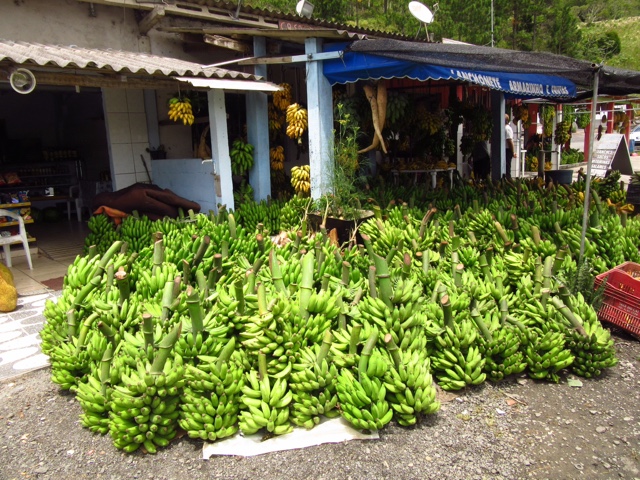 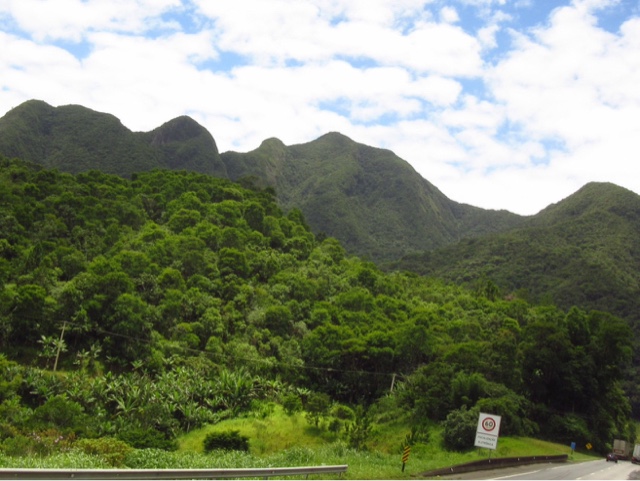 We drove on a freeway for most of the day, then veered towards the beach.  Sunday meant a lot of people from São Paulo escape the city so there was a lot of traffic, but all in the opposite direction.  We had hoped to find a truck stop and camp behind it like last night, but there are no trucks on this route, so, no truck stops.  After numerous enquiries, we found a "campground' hidden behind doors- 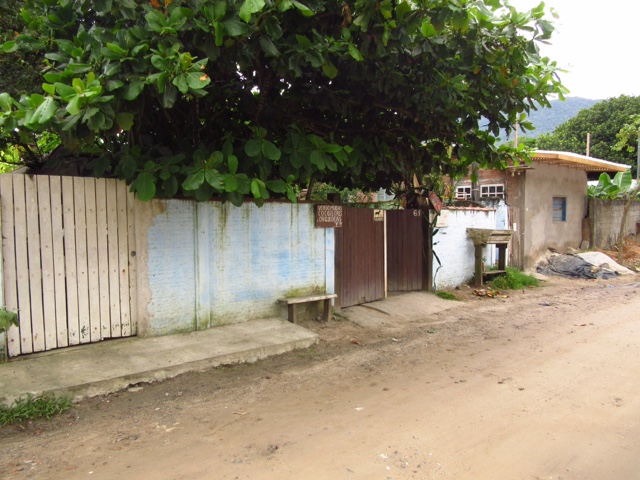 Inside was their yard where we set up our tents, practically on top of each other!  I can't complain because if I had a sleep like that every night in my tent, I would NEVER upgrade- 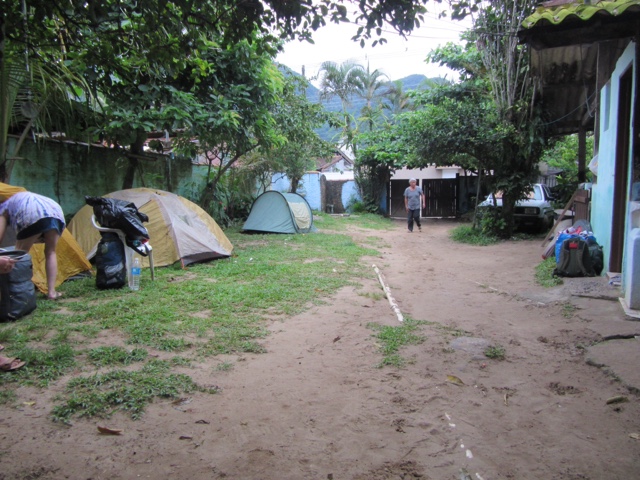 Parati is only a couple hundred km away but it might take up to 6 hours driving through just about constant towns and up and down curvy hills.  Along the way is the east coast of Brazil, so the Atlantic Ocean- 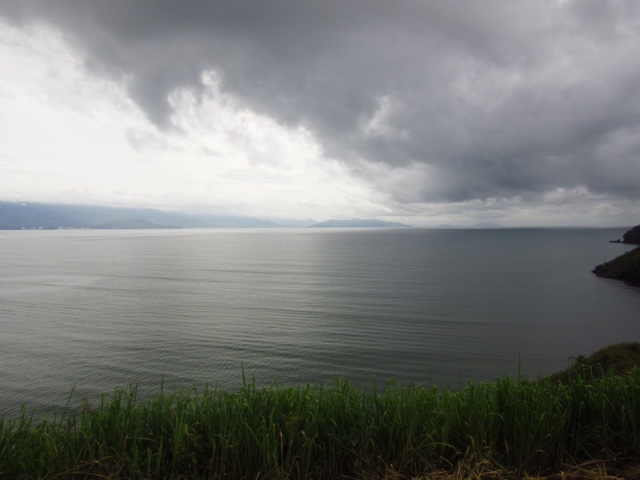 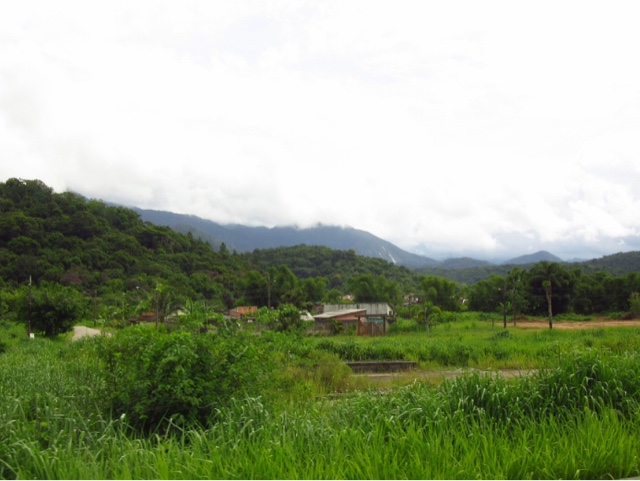 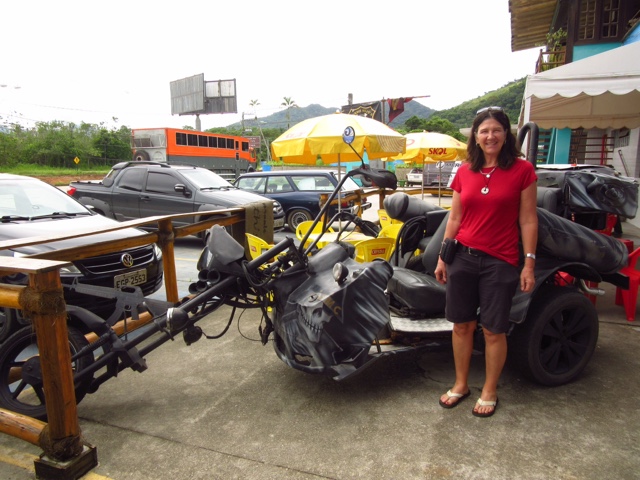 They even had my kind of beer fridge- 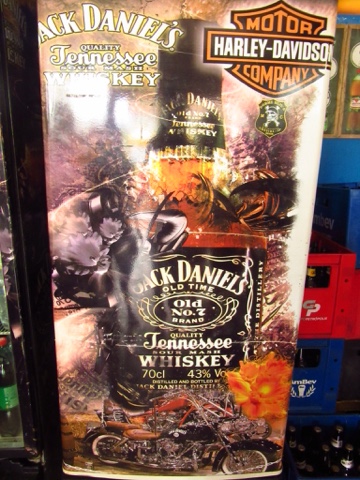 We arrived in Parati early afternoon and Kerry won the pool with an hour to spare!  We went on a walking tour with Nienke.  Parati was discovered in 1650 for its gold.  Eventually the gold ran out and it was forgotten.  In the 1950s, a train track connected it to other places but it wasn't until the 1970s a highway went through and ever since it has been poplar.  The historic center is well preserved- 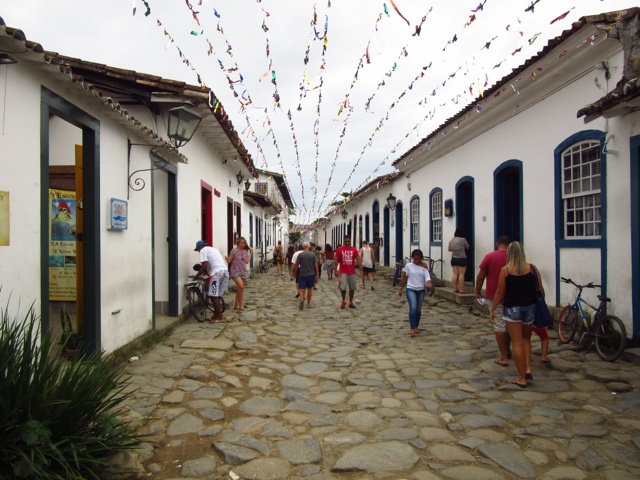 We went on a walking tour and tasted cachaça, a sugar cane alcohol- 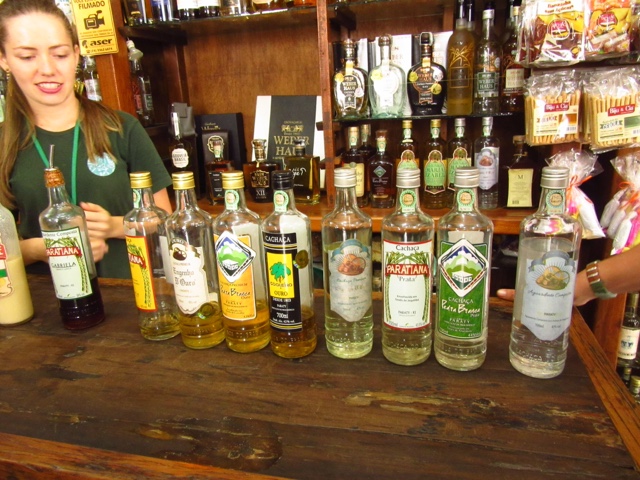 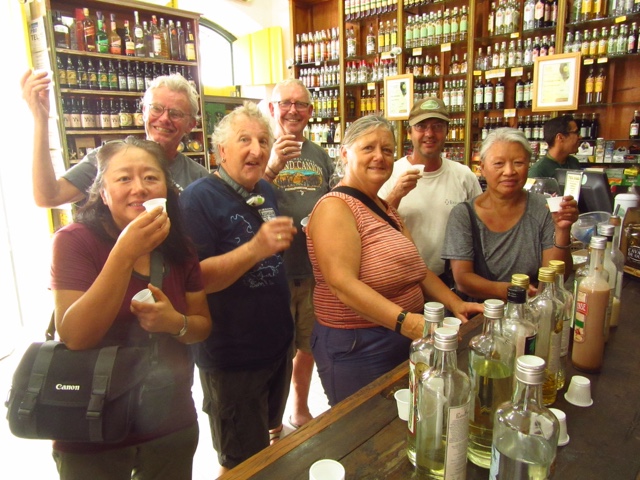 This man had on the strangest outfit and according to the woman in the liquor shop, people just dress like this.  He didn't appear homeless because he bought an expensive bottle of cachaça- 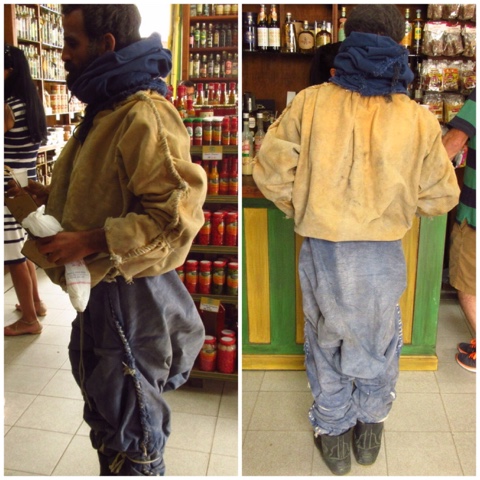 Later I had a few caipirinha for lunch:  it's alcohol made from sugar cane and mixed with a variety of fruit.  I just had the traditional drink with lime and water- 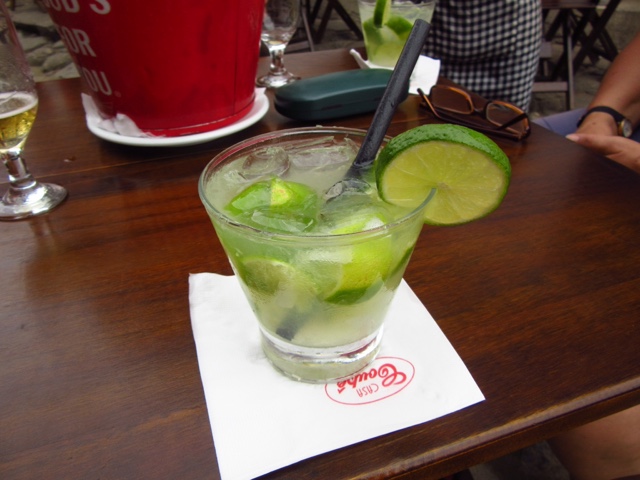 Looking forward to 3 more days here!
Nienke Hartog is from Holland but has lived in New Zealand for 10 years and been drifting for 6 years in South America.  She's our tour director and before this job, lived on Bonaire for a year and before that worked for 3 years as a tour leader for Tucan.  On Bonaire, she tried to live a 'normal' life, working Monday to Friday but that didn't work so she's back as an overland tour leader.  She's doing a great job! 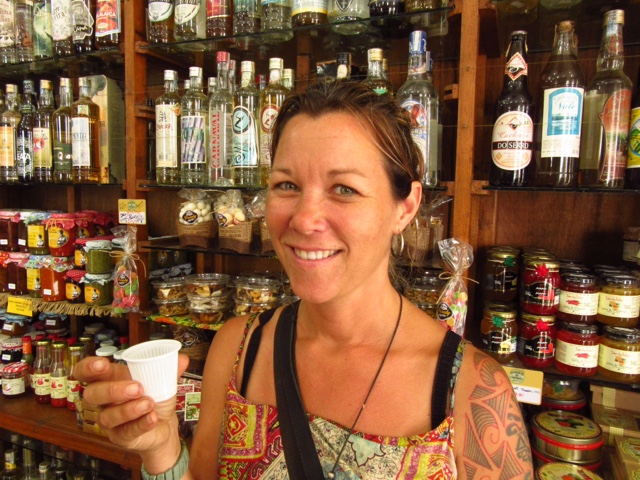