It is with mixed emotions that I write this final post of my Madventure South America trip.  We're a few hours from our drop off point in Rio and so far the ride on the truck has been awesome - 2 hours of drinking beer and yakking.  But, time in the "Orange Bubble" is about to end and truly, it is time.  Four months have been long enough: I've seen a lot and had a great time and it feels like a blur.

There have been extremely interesting characters on this truck:  I think we've had the worst collection of human personalities imaginable but I must remind myself that things could always have been worse.  However, there was no escaping it for 4 months!  We had a couple of bullies, a super negative person with always a snide comment, some who rarely pitched in to help unless it was their day, some who were intolerant of others and who seemed to think they were "better than" others, some very tight with their money and one who was extremely delusional.  However, we also had great people - super friendly, generous, kind, helpful and positive.  I guess I'm surprised at what type of character chooses a budget overland trip and why.  I've always thought it's a happy go lucky sort of person able to go with the flow but this trip has proved me wrong!  However, I know that as time goes on, I'll remember the good times and the crazy times but know I'm very glad I did this trip! 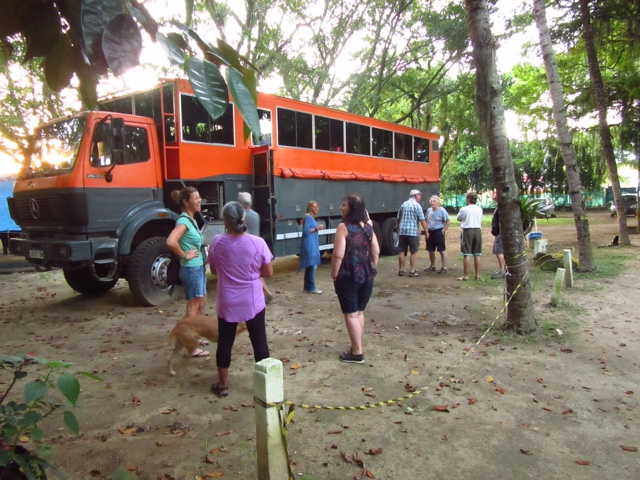 I couldn't believe the size of this camp set up, all for a family of Mom, Dad and 3 kids.  I hope they're staying for awhile- 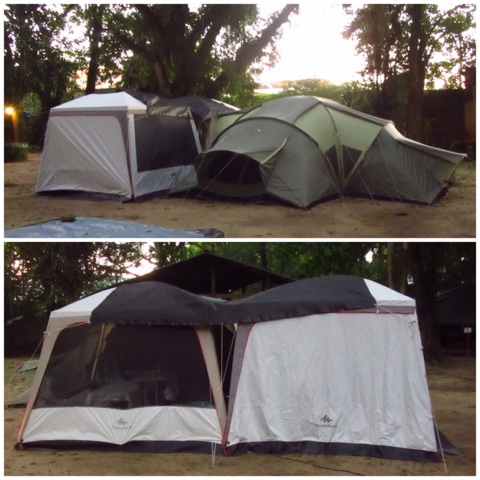 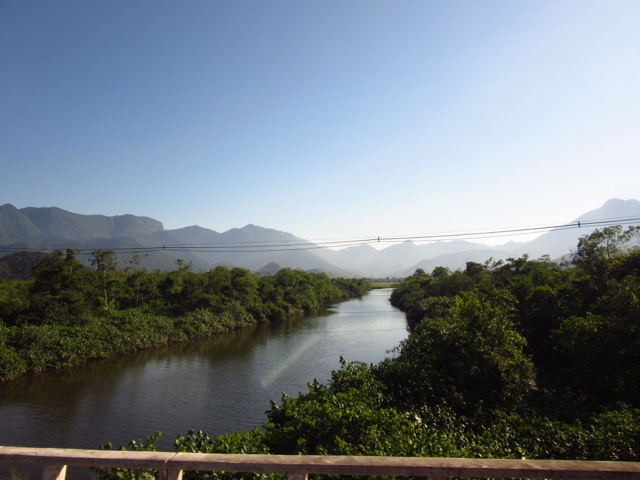 Christine, Jan and Norm in the back of the truck- 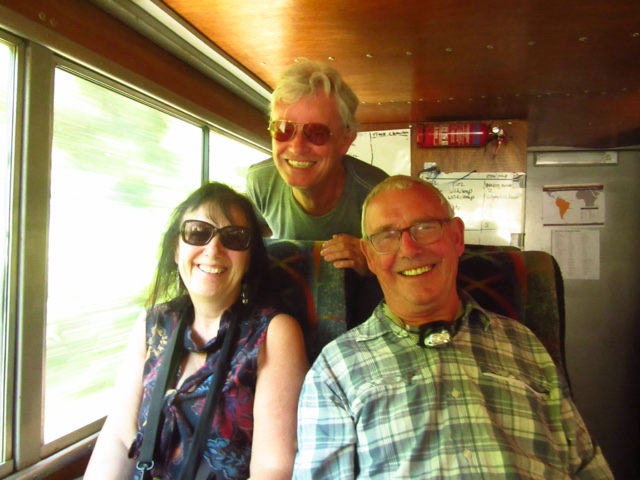 There are many towns along the coast with great looking marinas- 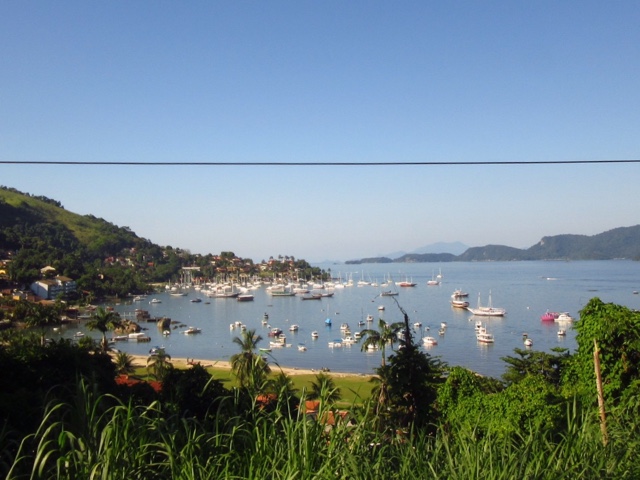 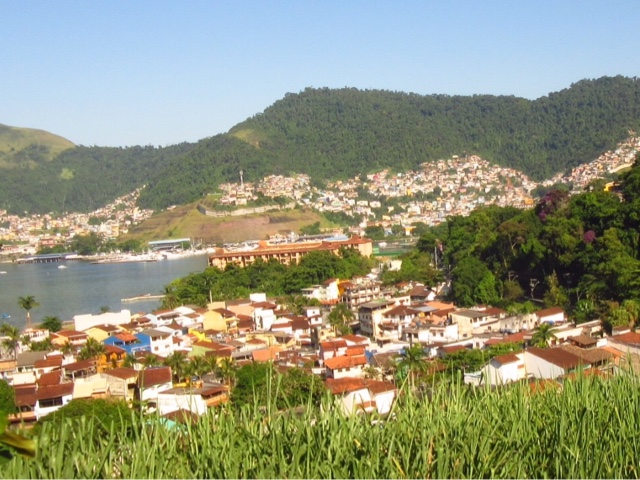 Once in Rio, we were supposed to get dropped off at the Gloria Hotel but as we drove in, all of a sudden we saw a couple overland trucks in a park.  They looked like they were cleaning their tents and so Jono just pulled over and out we got.  The trip was over!  Just like that!  Weibke and I were very close to our hotel and after a short taxi ride were in our room, enjoying the AC.  Later, we went walking but it was so hot we came back to the room.  Then Wiebke had a sleep so I went exploring.  Rio is a mess!  Homeless sleep on the streets, there are many bags of garbage on the sidewalks, traffic is heavy, there's a lot of honking, parks smell like urine and there are red plastic tables and chairs set up on many streets and corners where one can have a beer or two or three.  We're staying very close to the Sambadrome where the major Carnaval celebrations occur, but the chaos overflows in the streets because many are already blocked off creating huge traffic issues.  Stores will be open until noon tomorrow which is Saturday and many won't open again until Wednesday!  One store owner said the streets will be filled with drunks, druggies and robbers!

There are some interesting buildings nearby like the Santuario Nossa Senhora de Fatima, a tall and narrow church wedged between newer buildings- 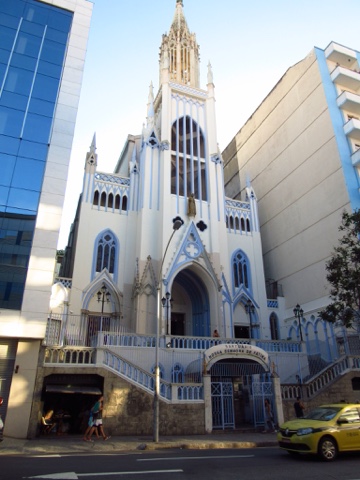 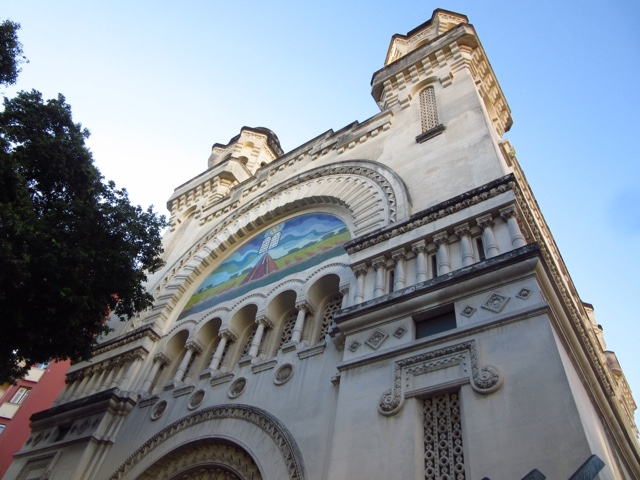 We went to the Sambadrome to check it out before we go tomorrow night. People have set up many stands in the streets, grilling meats- 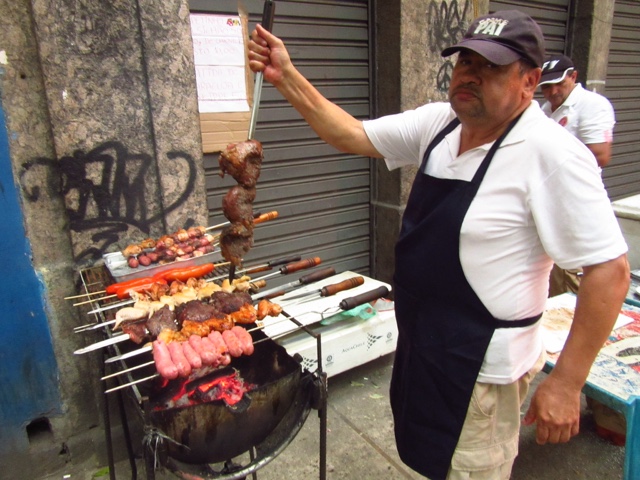 and selling beer and hotdogs.  There must have been a huge sale on red plastic chairs because they are everywhere- 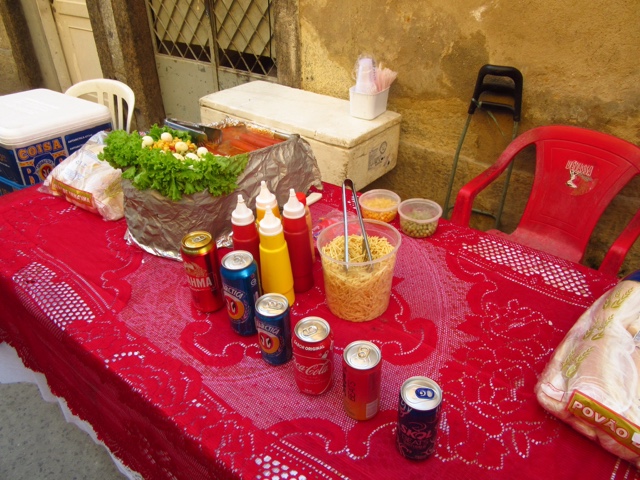 There are lots of nice buildings- 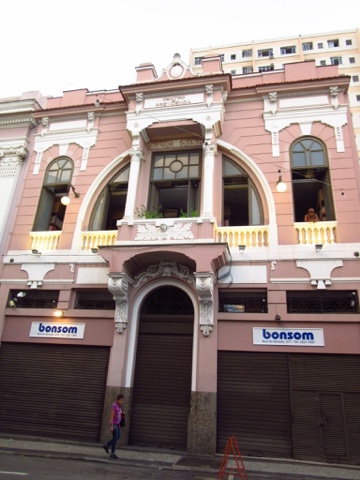 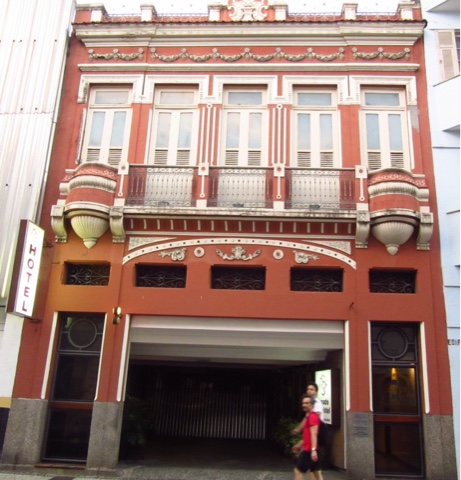 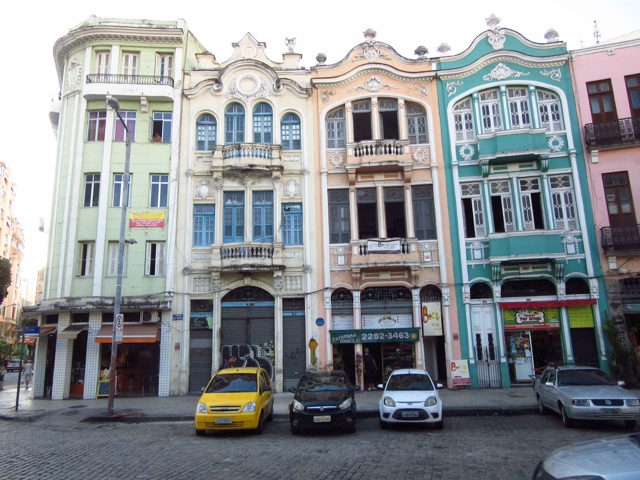 We came across this staircase, I think it's trying to mimic the Escadaria Selaron.  The fronts of the steps are mosaics of tile and mirror so they reflect the light- 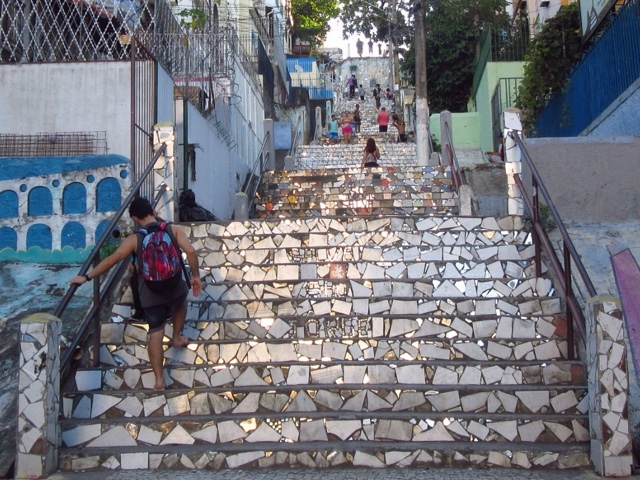 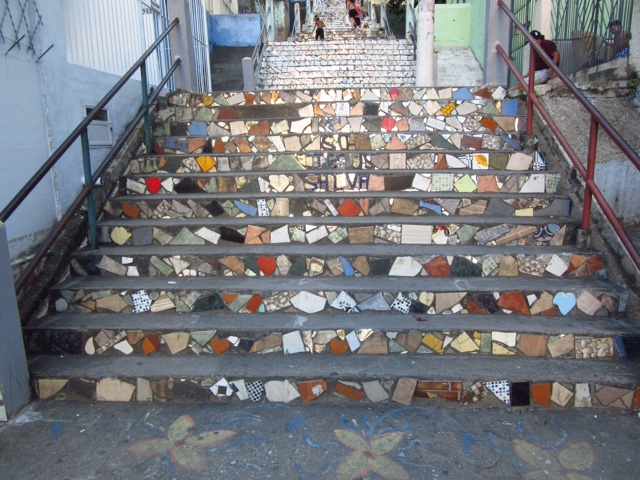 Tomorrow we're going to Cocacobana Beach where we'll pick up our Sambadrome tickets.  I'm looking forward to seeing more of this huge city!