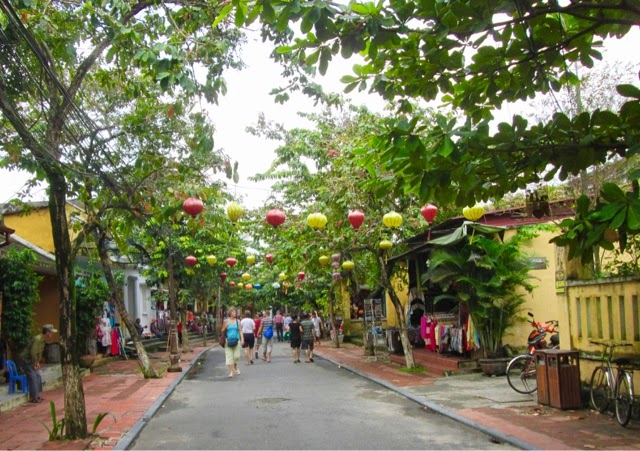 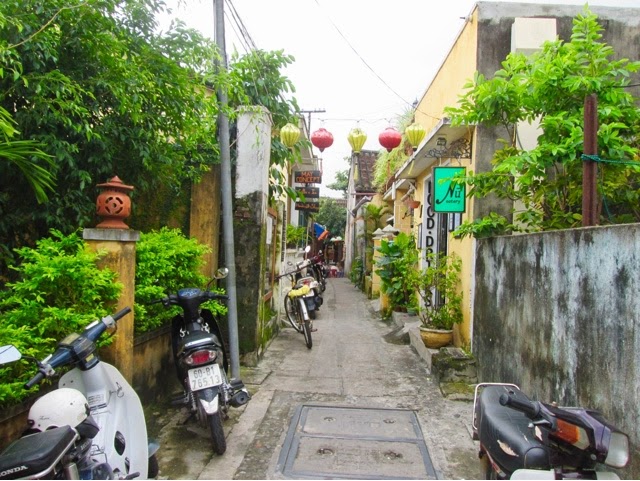 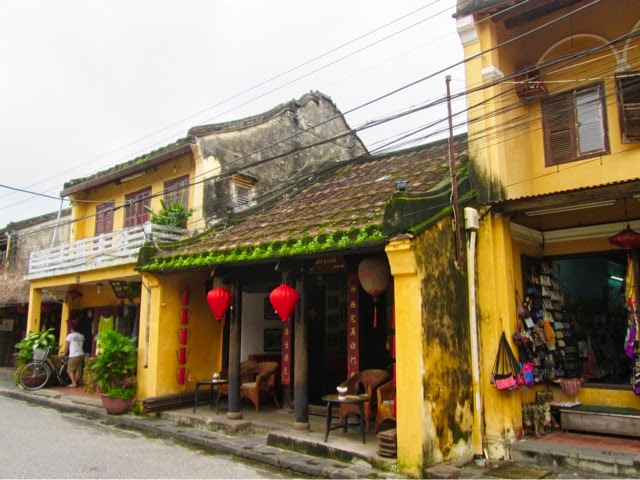 This is a wood working shop.  It's common to see the artisan making what they sell- 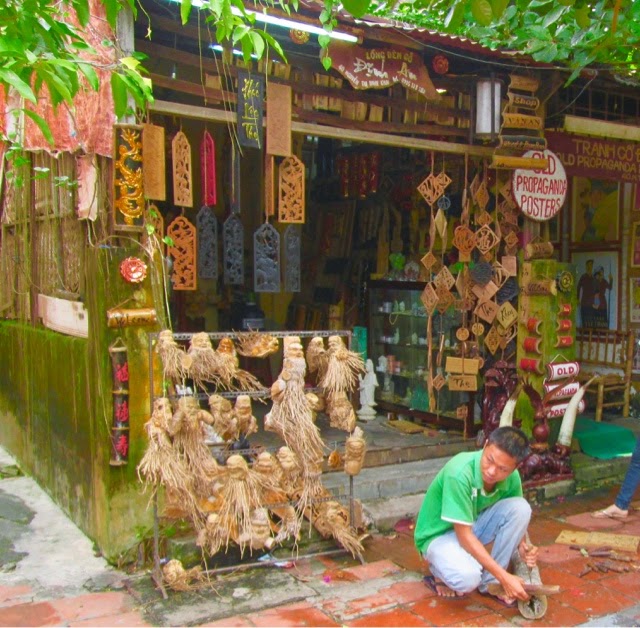 There are lots of lantern shops 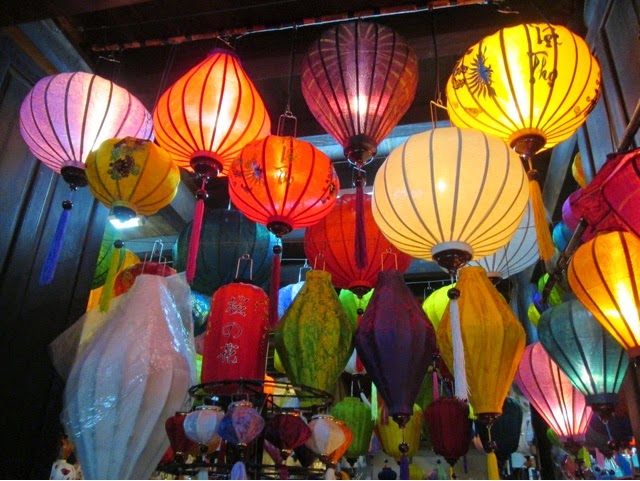 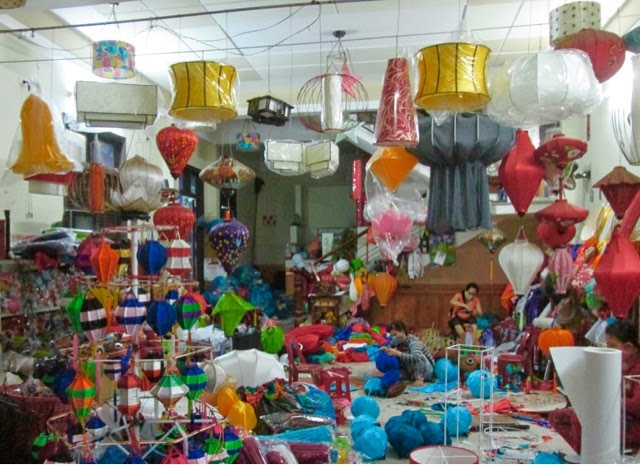 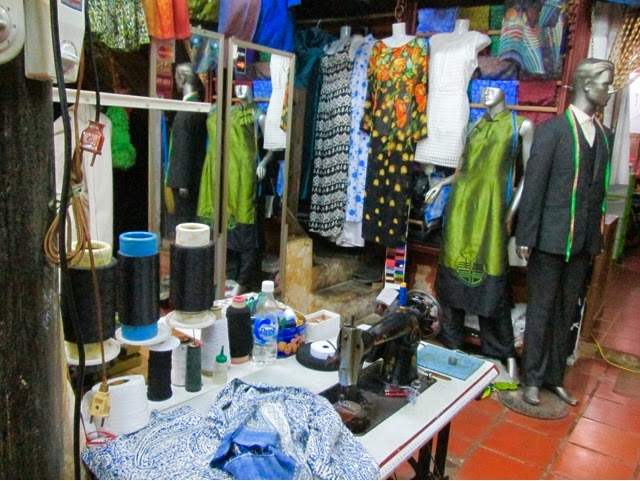 The family chapel Nguyen Tuong was built in 1806.  It's recently been restored- 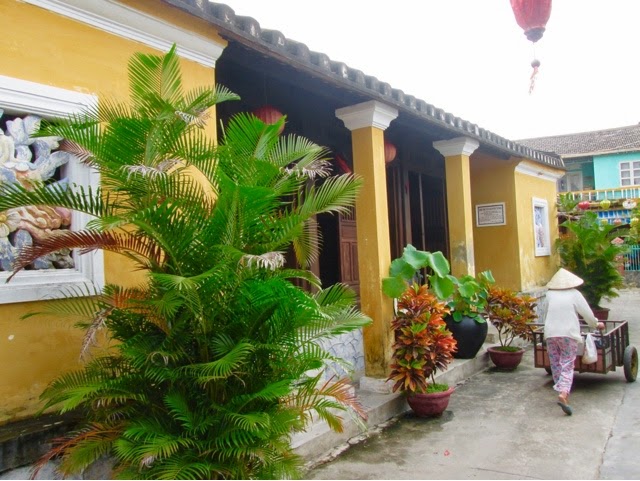 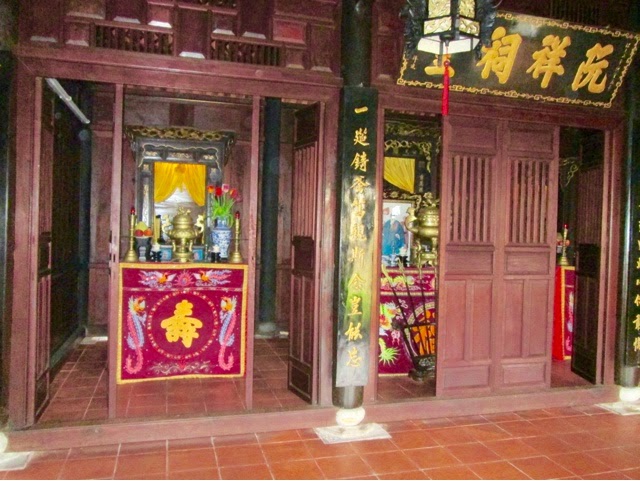 This is Phung Hung historical house.  Families still live in these museums. 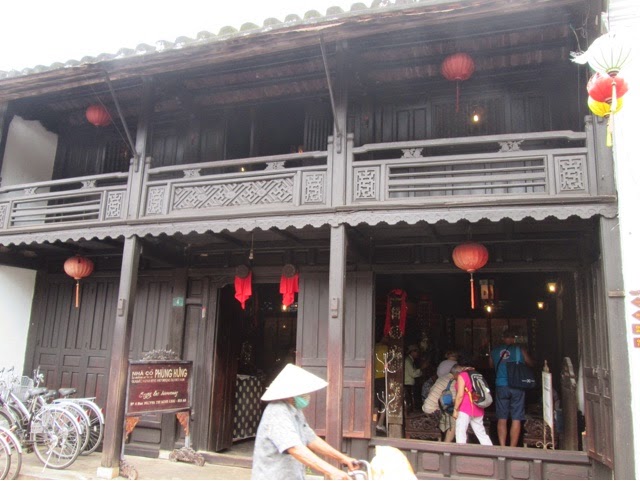 The Japanese covered bridge is an icon.  The first one was constructed in the 1590s so the Japanese could cross the river to visit the Chinese- 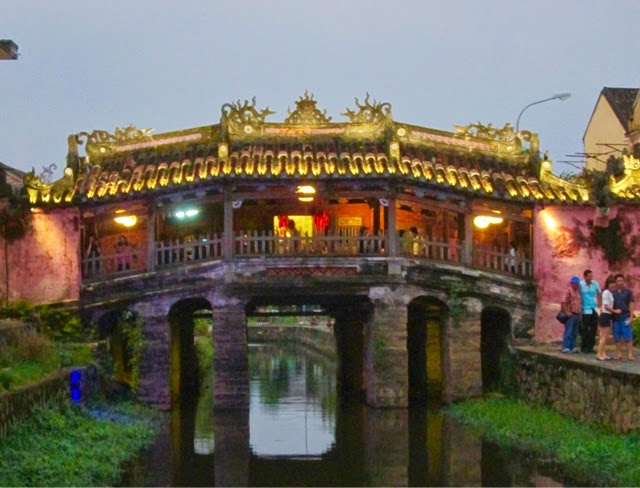 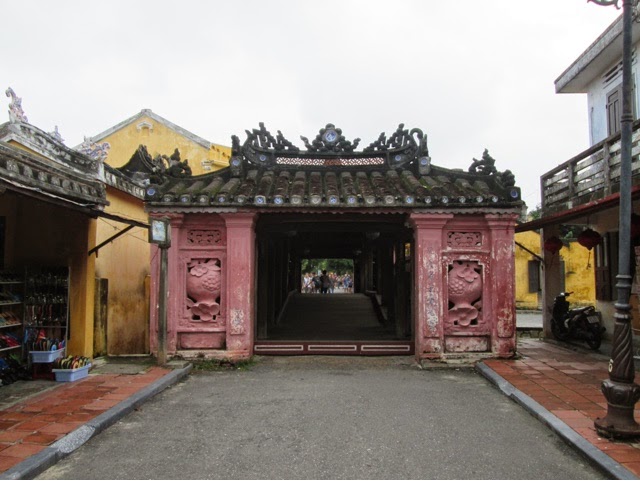 Two monkies guard one entrance and two dogs guard the other.  Legend says that's because most emperors were born in one of those years- 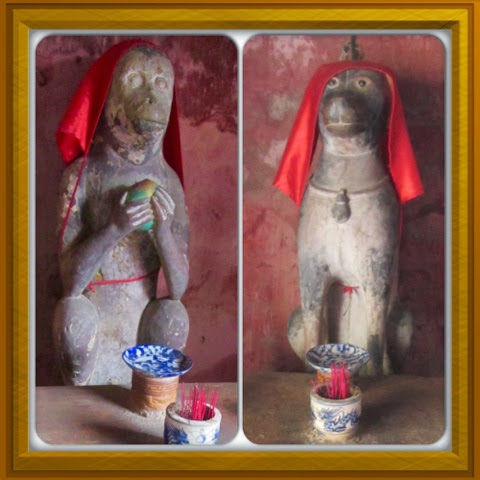 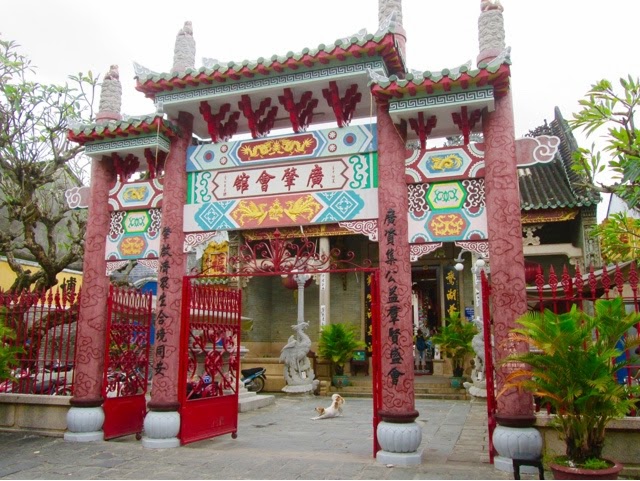 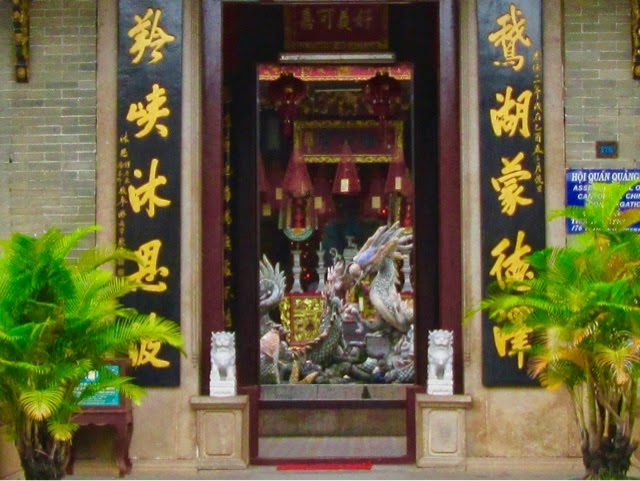 Vietnam has had the best food so far!  Lunch was a baguette with chicken, vegetables, herbs and spices.  It was soooo good- 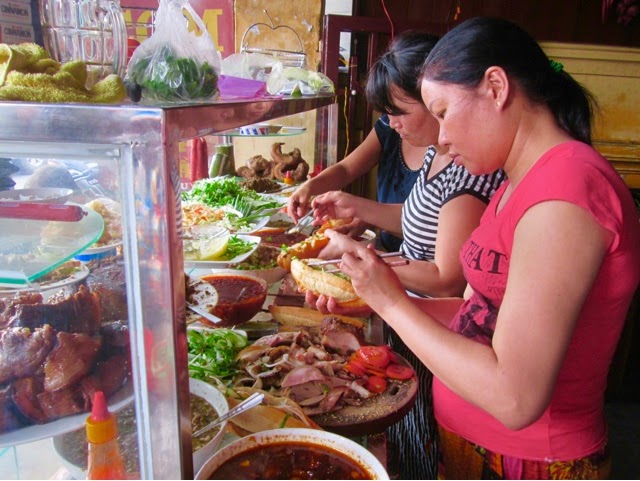 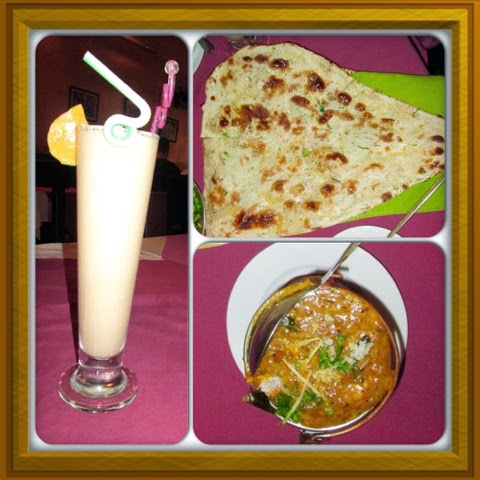 Email ThisBlogThis!Share to TwitterShare to FacebookShare to Pinterest
Labels: Hoi An, Vietnam