Today started out with a visit to the Cu Chi Tunnels at Ben Dinh.  As usual, the traffic was nuts! 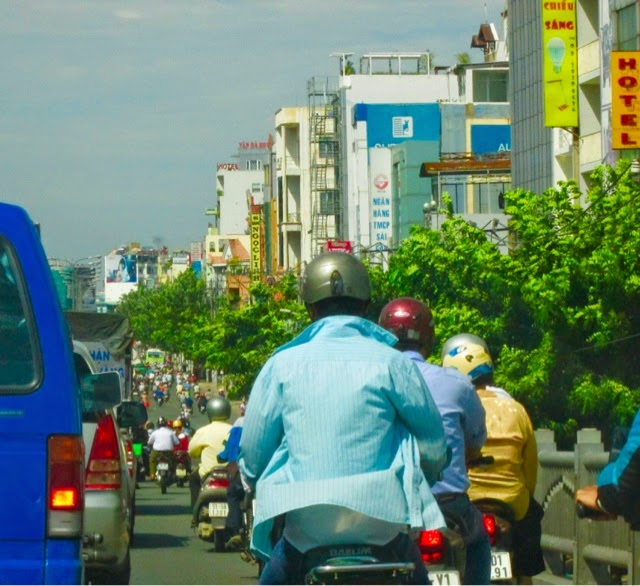 The tunnels were built over a span of 25 years, beginning in the late 40s, to combat the French.  They were important in the 60s because they allowed the Viet Cong to control a large area close to HCMC.  They stretched as far as the Cambodian border and there are over 250 km around Cu Chi itself.  They helped in communication between the VC who were in different parts of the country who were blocked by South Vietnam and American soldiers.

Eventually the Americans dessimated the 420 square kilometre area by razing the fields, spraying chemical and setting fires.  The authors of the book The Tunnels of Cu Chi say this area is "the most bombed, shelled, gassed, defoliated and generally devastated area in the history of warfare".

Good camouflage!  They could appear... 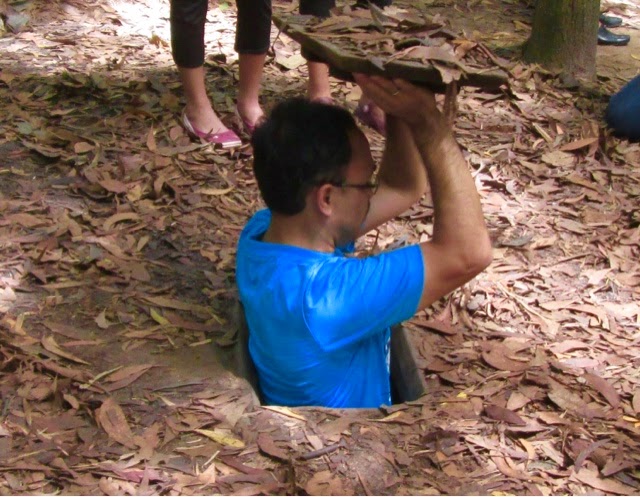 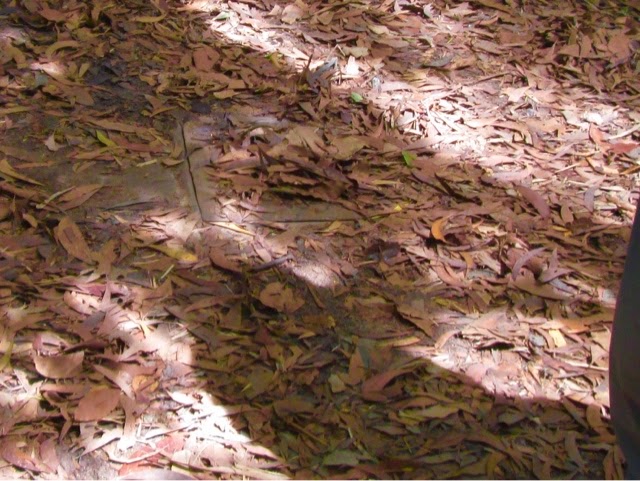 Booby traps were everywhere.  Notice the 9 inch spikes protruding from these traps- 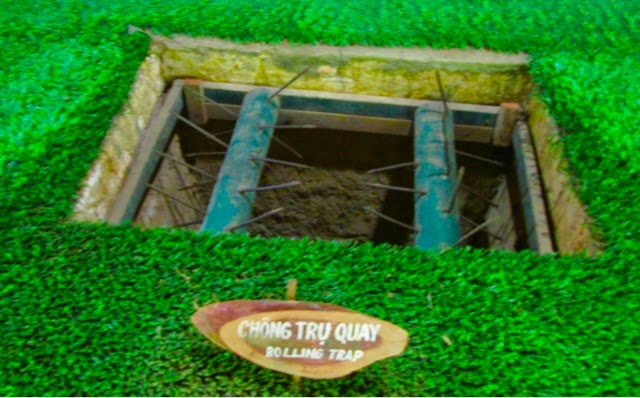 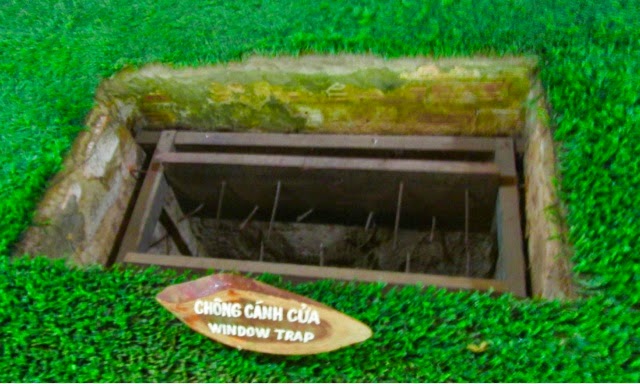 This hole wouldn't have been much fun to land in either! 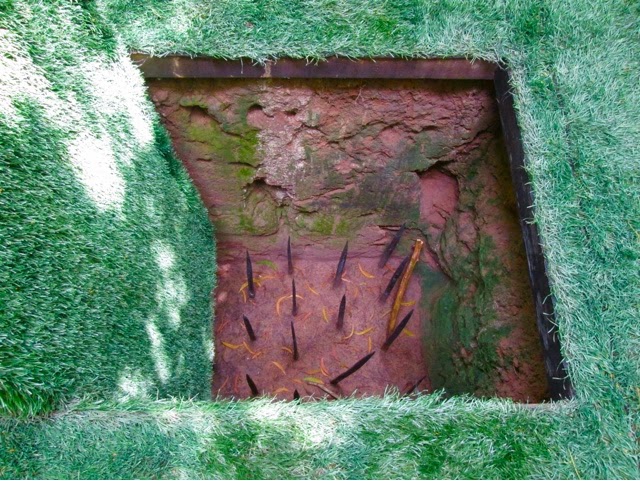 There were rooms where weapons were constructed- 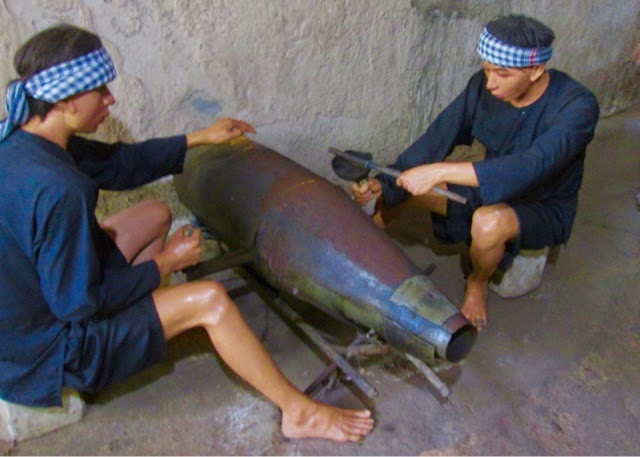 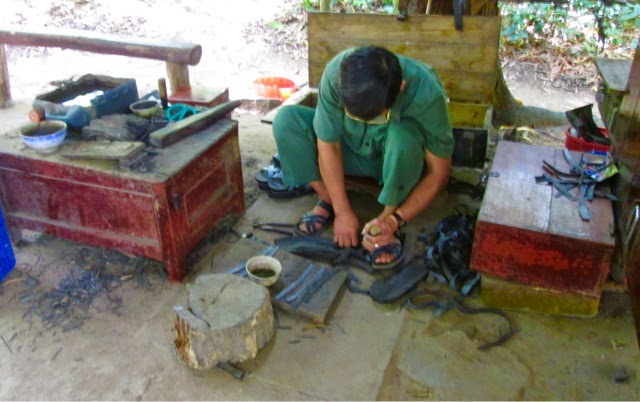 This is their soldier costume, complete with green hats and blue plaid scarves.  Notice the water cantines stolen from American soldiers- 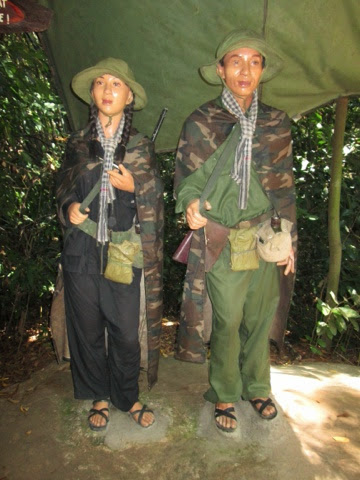 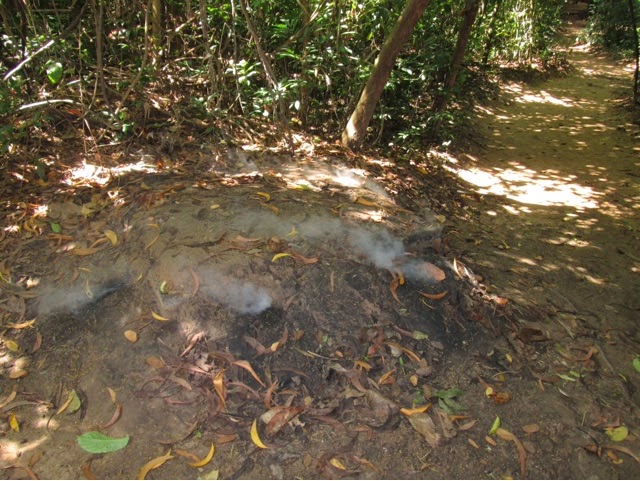 This is a crater from a B52.  There are many of these at the site- 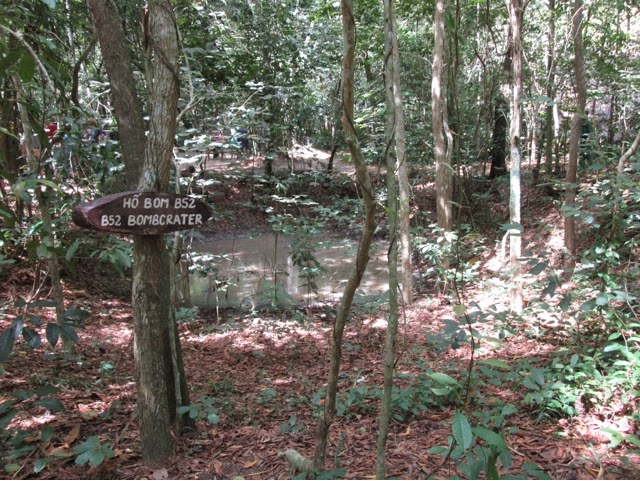 This American tank was destroyed in 1970 by a delay mine- 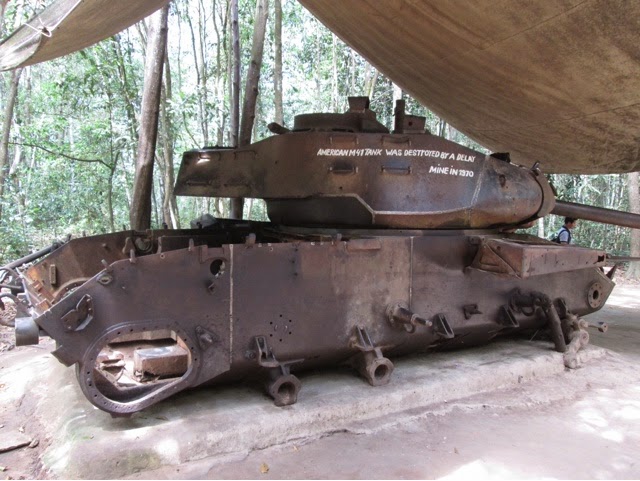 Cu Chi to Mui Ne is 245 kilometers.  It took 7 hours because the road is flanked by urbanness.  There are few traffic lights but thousands of scooters, lots of honking when passing and a fair bit of construction.  Looking forward to tomorrow!