Today was a great day! 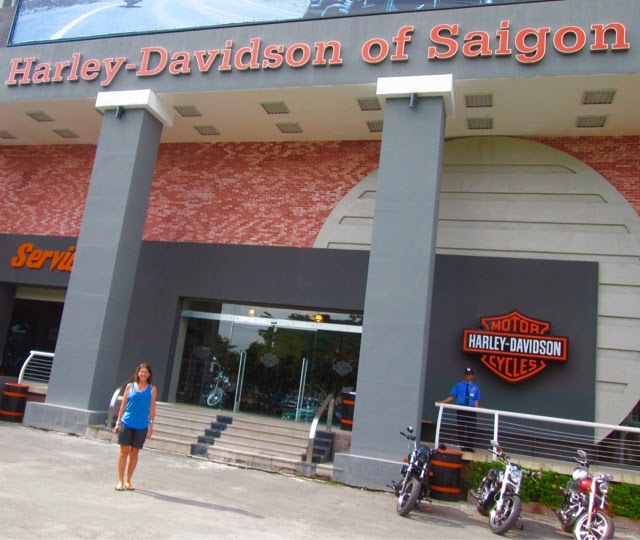 Then it was off to Independence Palace.  Today's site occupies the former site of the French colonial Governor General's residence, built in 1871.  In 1954, it became home to the new President of Sai Gon Republic Ngo Dinh Diem.  On April 30, 1975, Liberation Forces entered the grounds, raising the liberation flag.  General Duong Van Minh surrendered and the south was liberated. 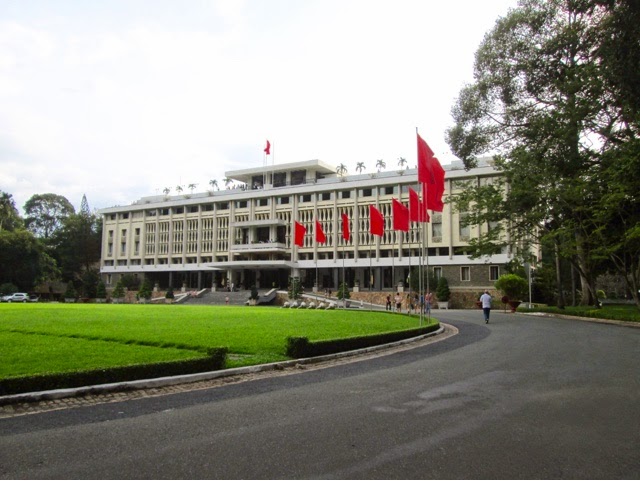 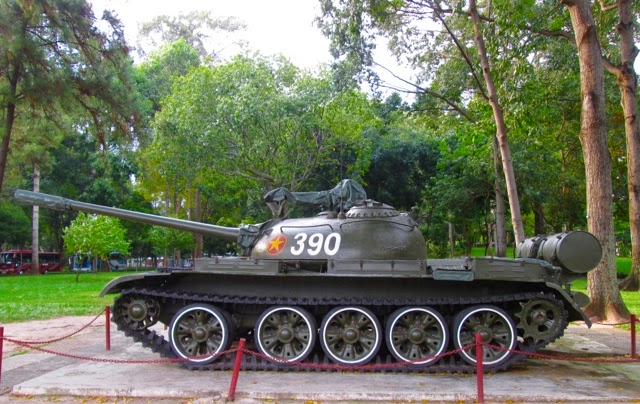 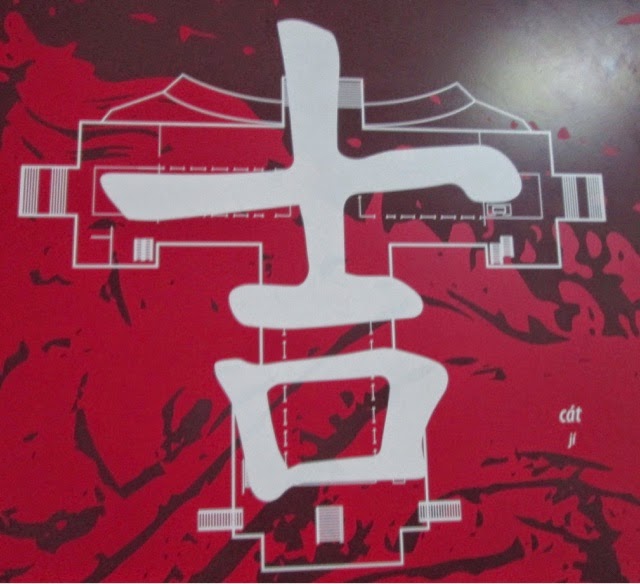 The furniture still reflects the 1960s!  This is the Ambassador's Chamber, done in Japanese - style laqueur work.  April 18, 1975 was the last time this room was used and that was when the newly appointed Japanese ambassador was visiting- 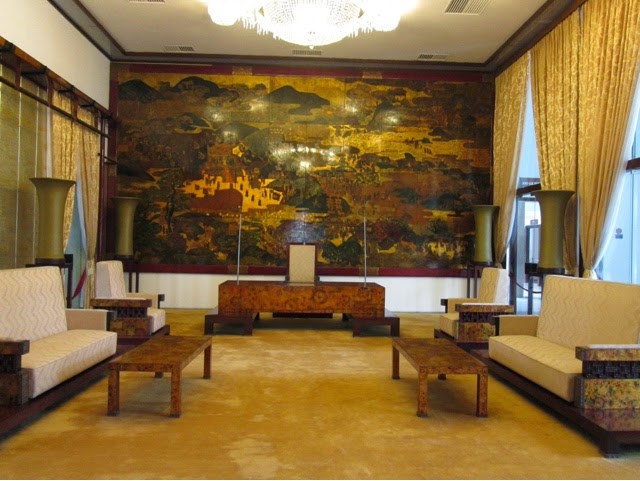 On April 8, 1975, the palace was bombed.  Only the helicopter pad and the main central staircase were damaged, but this prompted the final evacuation of Americans from Saigon. 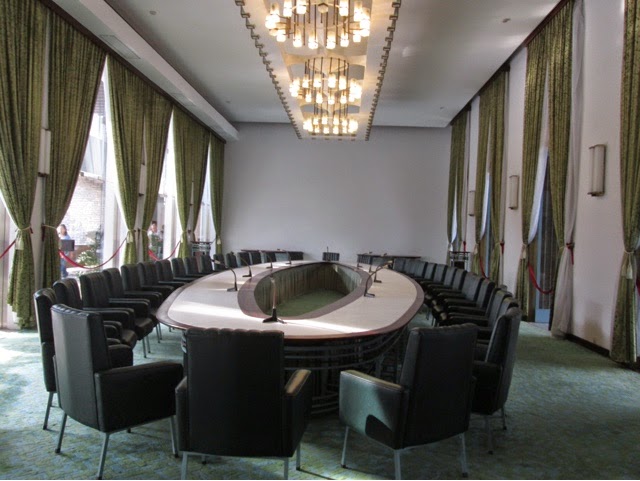 This is the President's War Room which was two stories below ground.  From here, he could remain in constant contact with the U.S. Embassy- 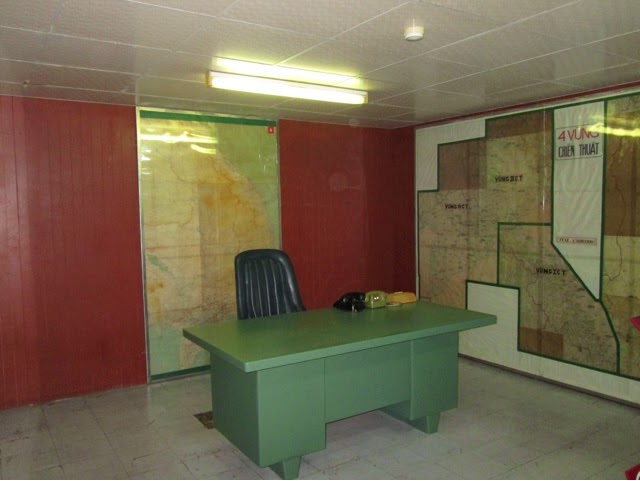 This is the state banquet room.  It could seat up to 100 people- 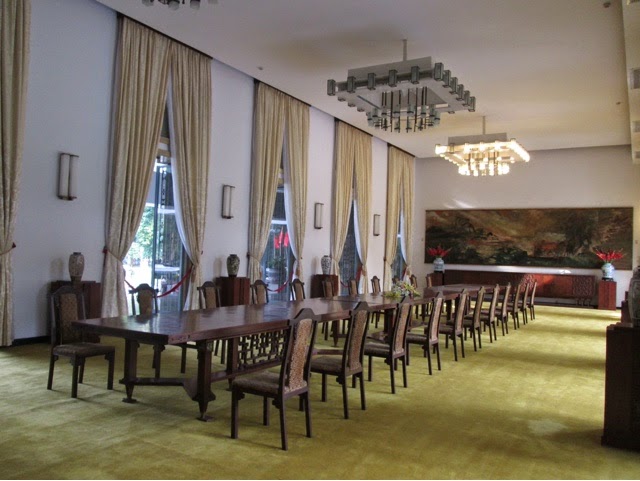 The traffic here is mental! 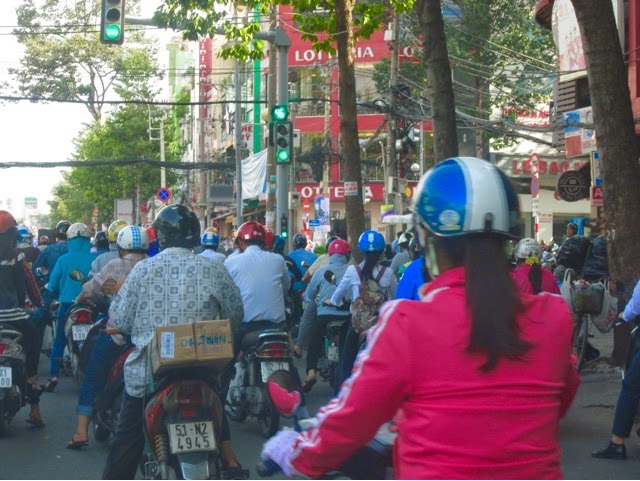 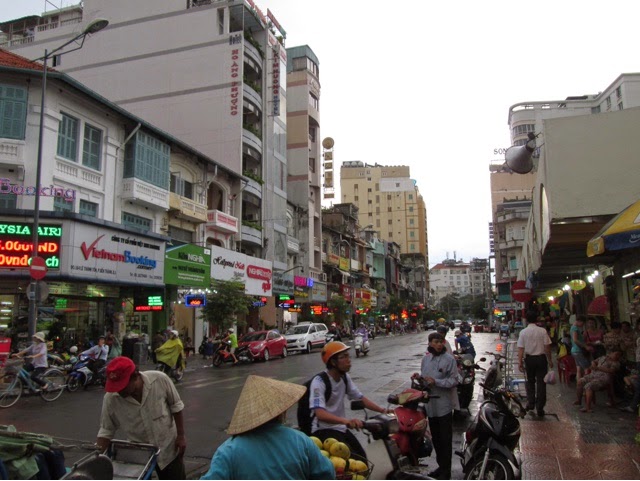 Of course a scooter ride was in order- 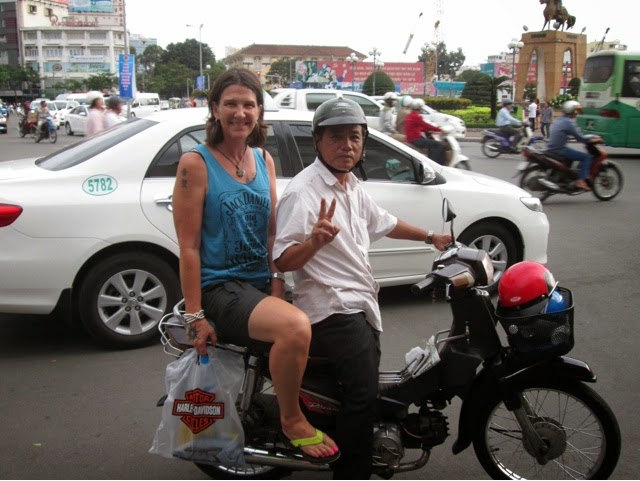 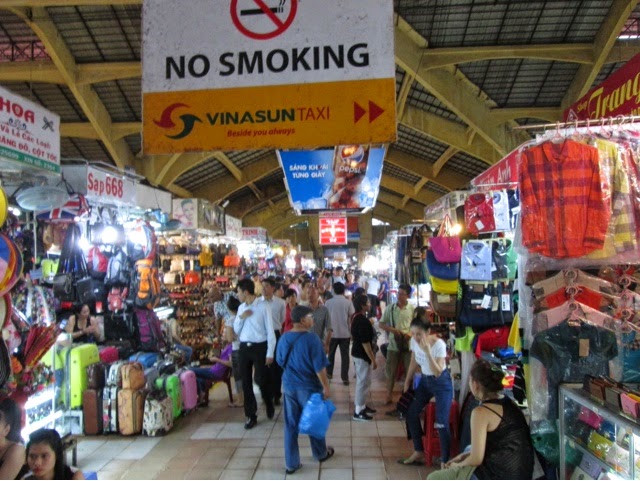 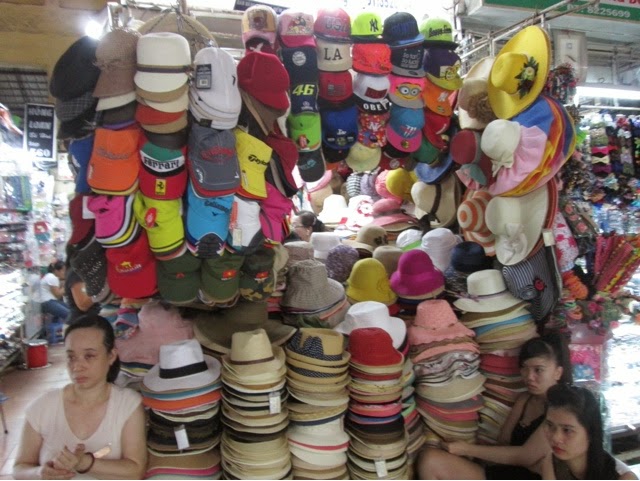 clothes made to order- 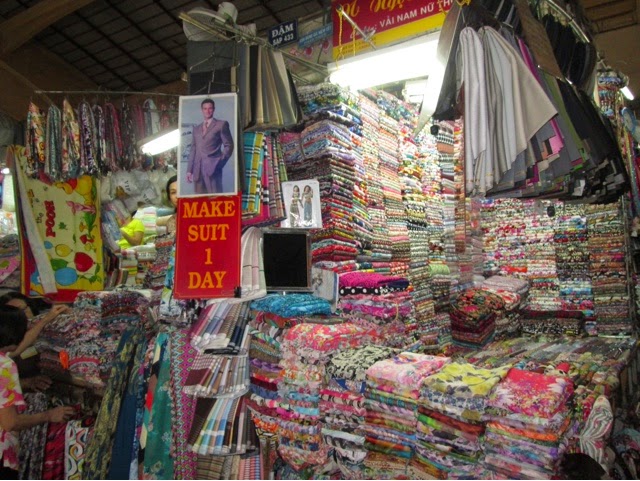 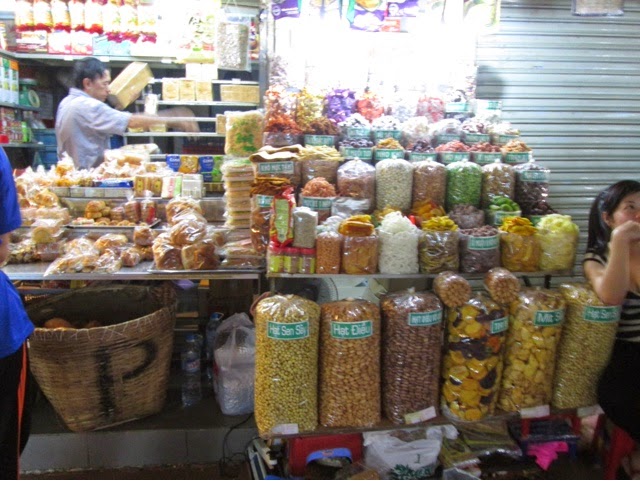 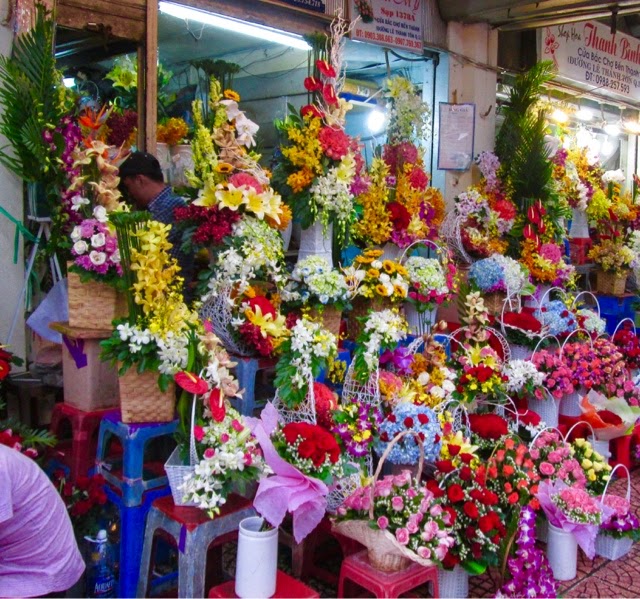 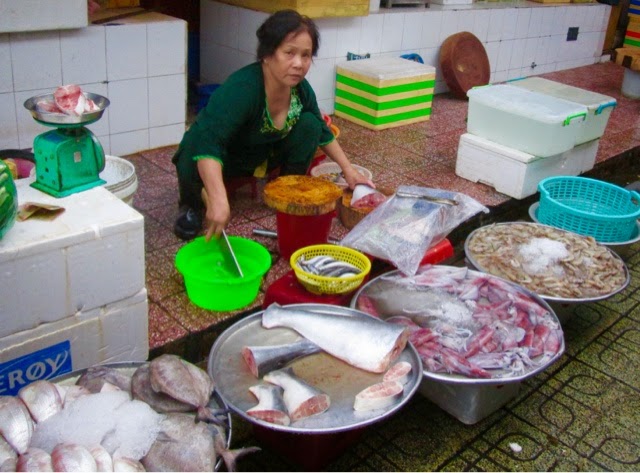 I had a pretty good pho- 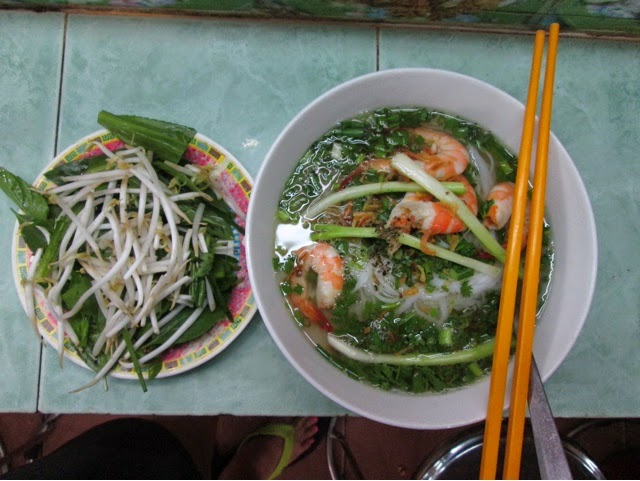 This woman was selling rambutan and longan from her bicycle- 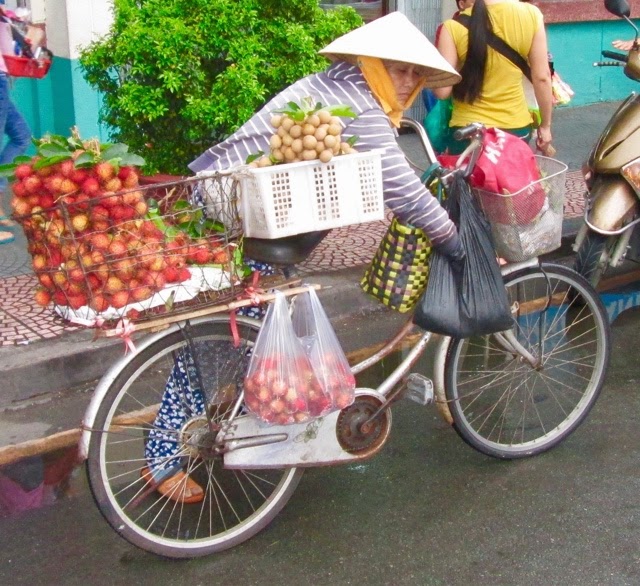 Tomorrow it's off to the Cu Chi tunnels and Mui Ne beach!