Nah Trang is 221 km from Mui Ne.  It took 5 hours in a public bus and cost $7.00!  The sleeper bus has seats in it so you can lie down and a blanket and pillow are provided.  I had a good nap in spite of the constant horn honking of our driver. People on bikes and scooters generally don't look as they are putting along.  They pull out wherever and whenever they want so a vehicle driver must be super alert at all times. 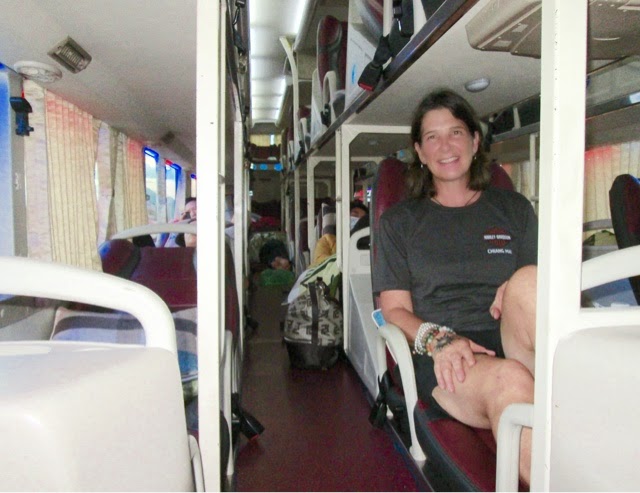 Mountains and fields of rice- 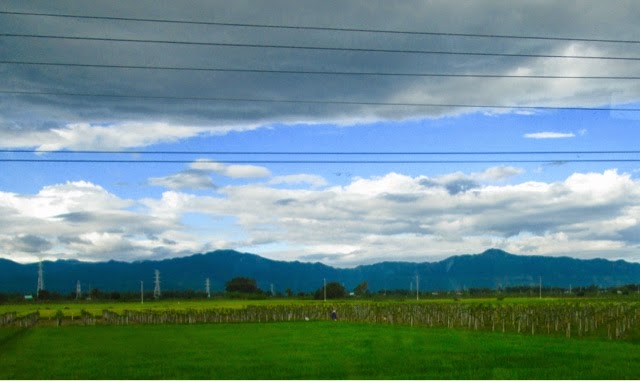 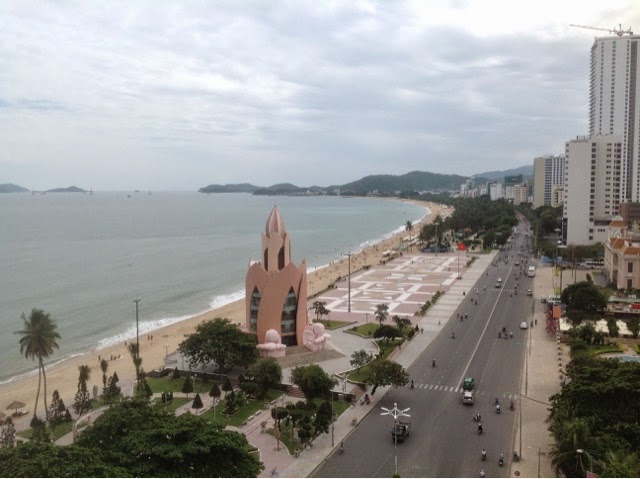 but there are a few things to see such as the Nha Trang Cathedral which was built between 1928 and 1933 in French gothic style. 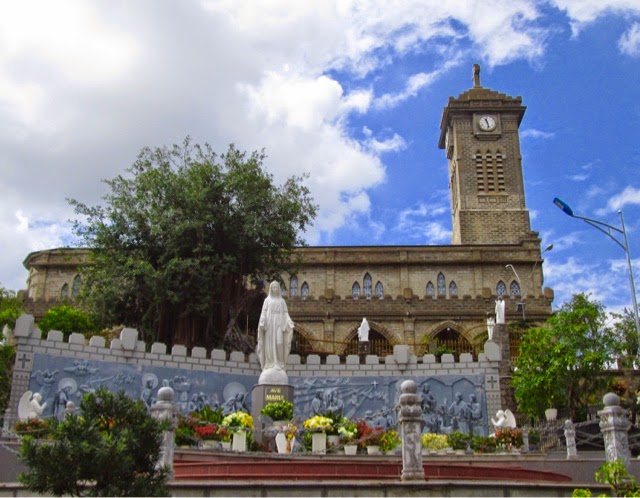 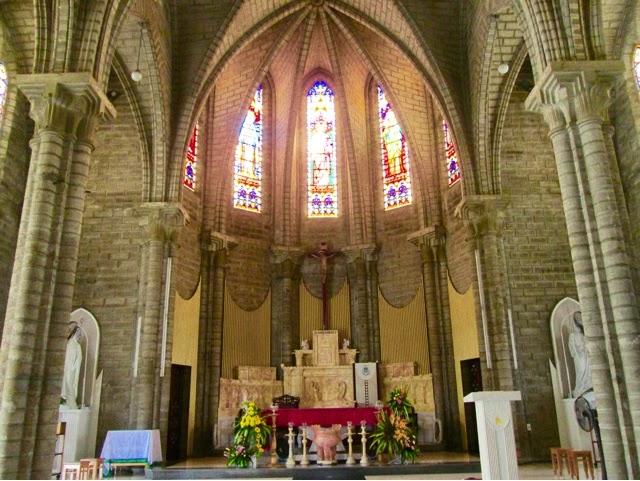 At Long Son pagoda, I was accosted - over and over again.  To begin with, I had to park my bicycle at the entrance and pay.  I looked at my money and didn't recognize this 1000 bill, so I gave it to the man.  Later I realized it was 1000 Thai Baht, about $35 Canadian, so that was a whoops!  (Notice the new HD t-shirt!) 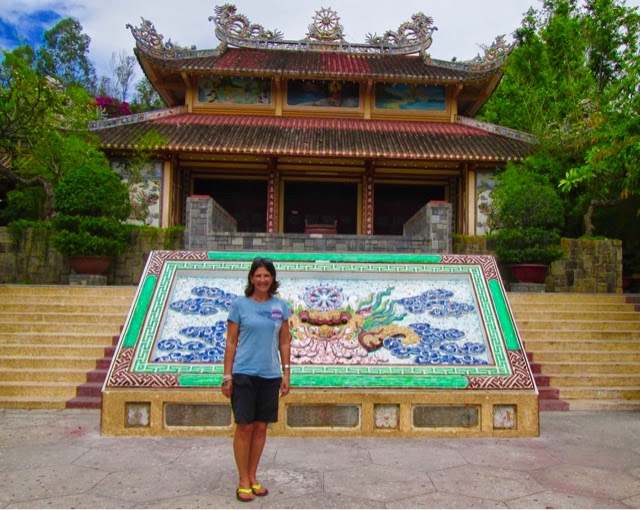 No sooner had I parked my bike but a woman was by my side, telling me she was an orphan who lived at the pagoda and blah, blah, blah.  She guided me around and wanted me to buy postcards at the end of our 'tour'.  She wasn't too happy when I didn't.  Meanwhile ... another womanappeared selling   incense.  She literally shoved three pieces into my hand and demanded money.  I gave her 1000 Thai baht, but then took it back (thank goodness) and found some Vietnamese money.  It could have been an expensive day!  Then, as if by magic, a 5 year old appeared and asked for " money for Mommy, Daddy, baby, Mommy, Daddy, baby".  I told her to get lost.  No sooner had I reached the giant Buddha... 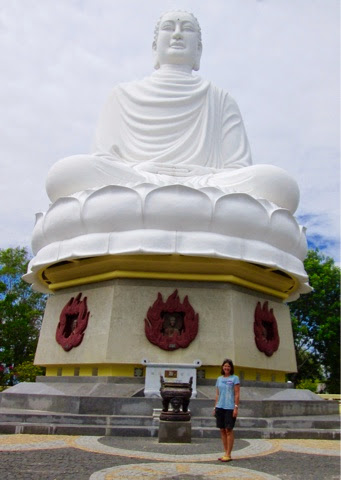 but a man was there wanting to lead me around by the hand and take pictures.  He too eventually wanted money for incense, 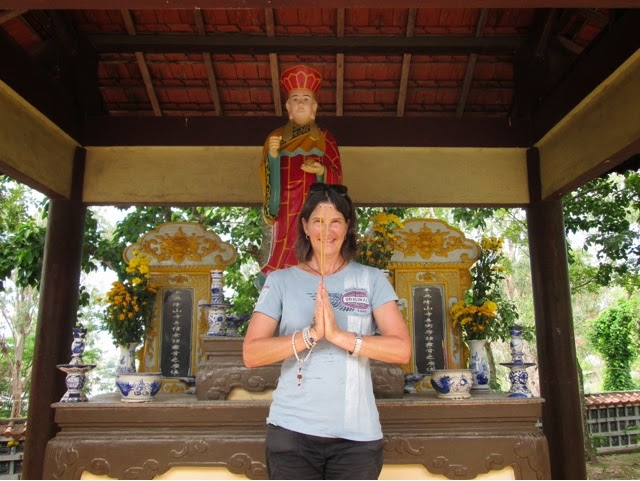 but I  said I'd already paid for some and walked away!  So much for my good luck coming from Buddha!

However, another way to get good luck is just to rub sleeping Buddha and that's free! 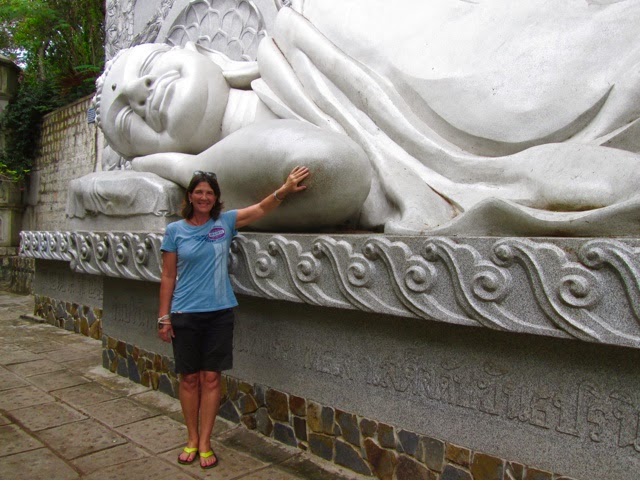 There are many fishing boats in the Cai river- 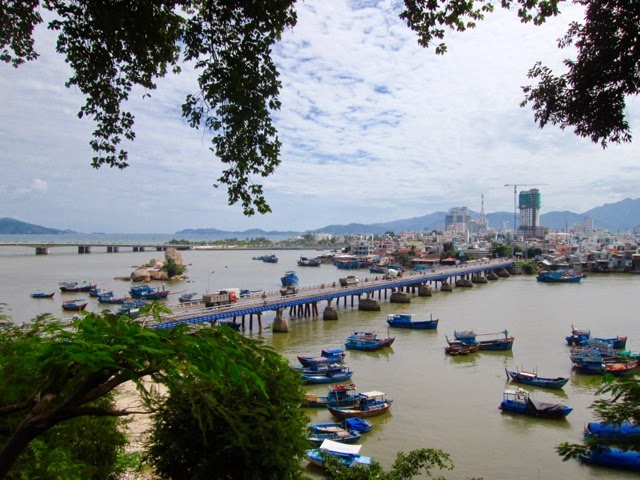 The Vietnamese are into bright colors- 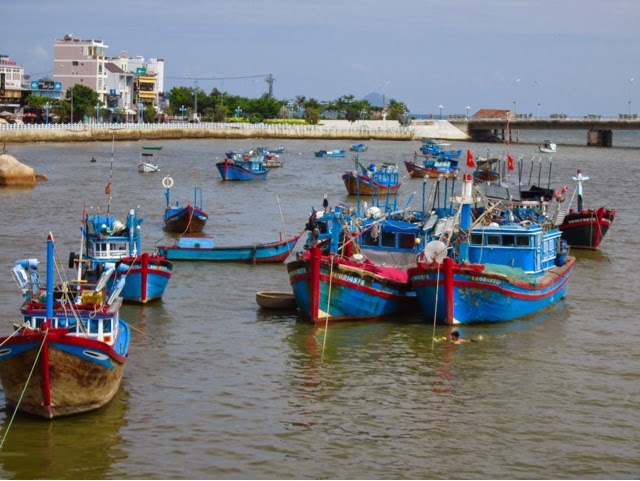 Po Nagar Cham Towers were built between the 7th and 12th centuries.  Cham people are ethnic Chinese and Vietnamese Buddhists.  The temple was built for Yang Ino Po Nagar, a goddess who ruled the southern part of the kingdom. 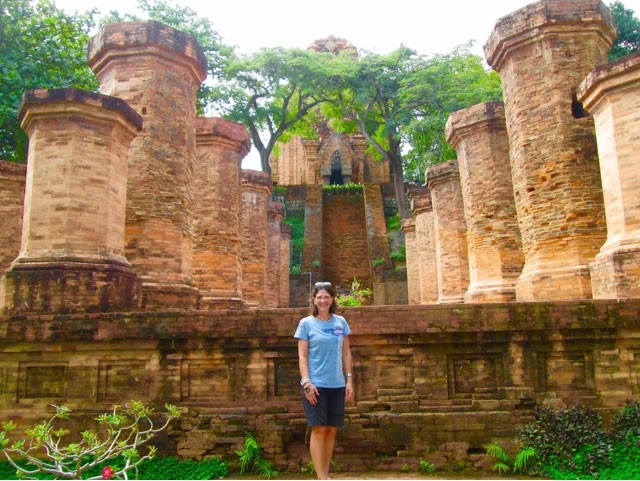 This 28 meter high temple is an excellent example of Cham architecture with its terraced pyramidal roof  and vaulted interior.  It was built in 817. 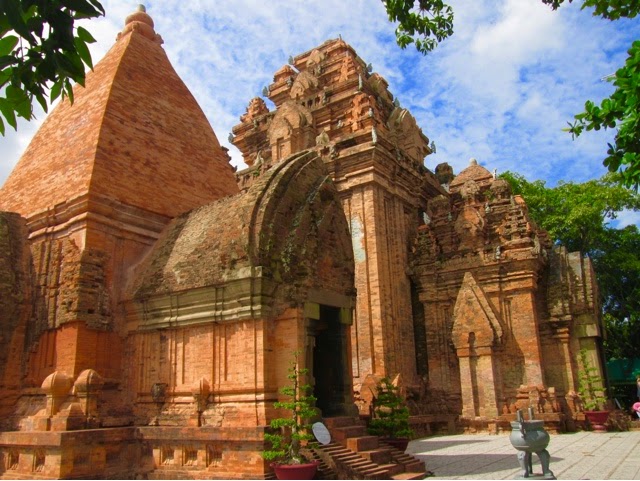 Inside all 4 temples are altars and statues dedicated to Uma, Shiva, and Ganesh.  They all look pretty much the same to me- 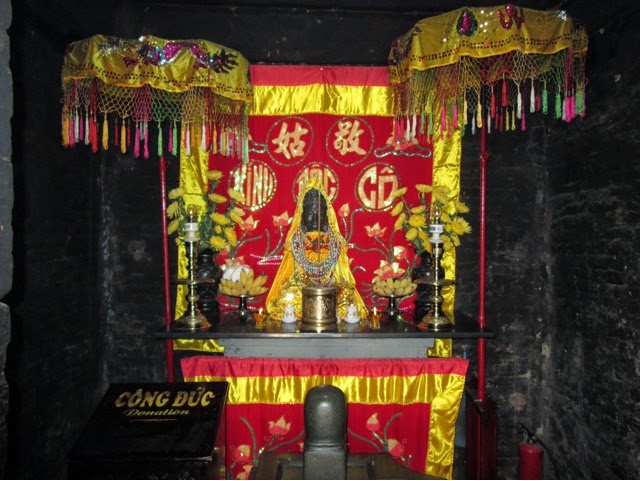 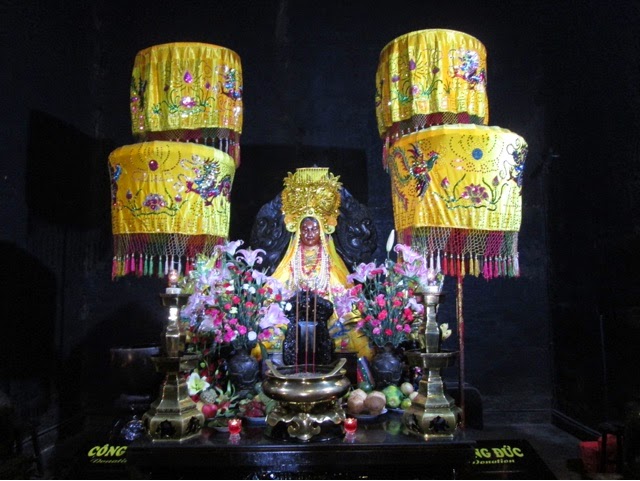 I had to park my bike in an actual bicycle park! 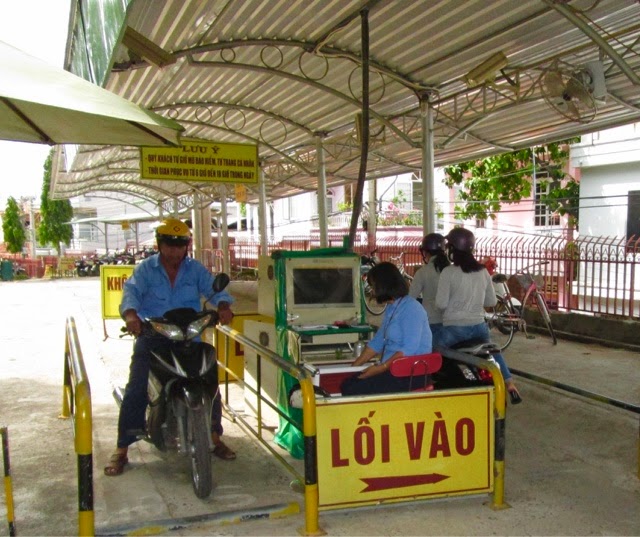 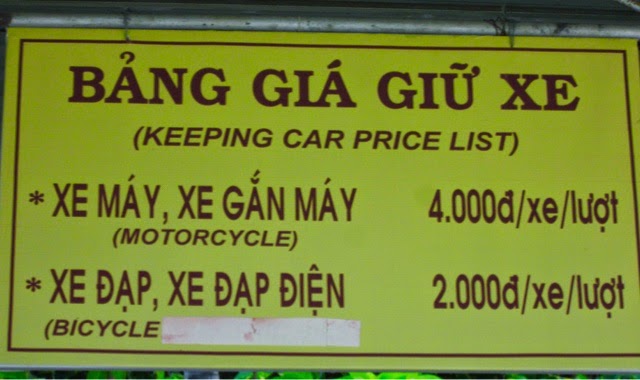 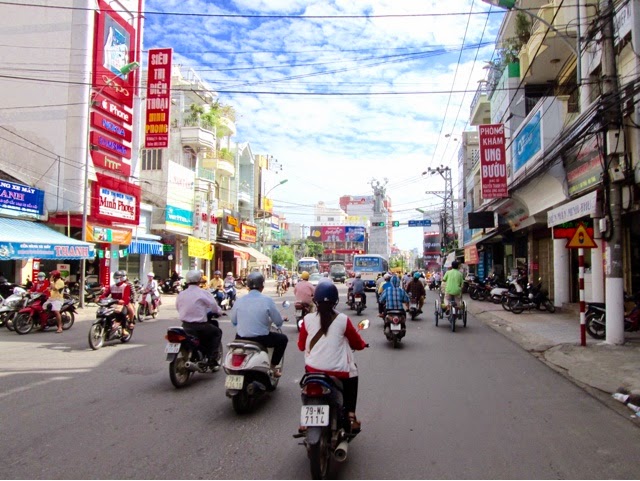 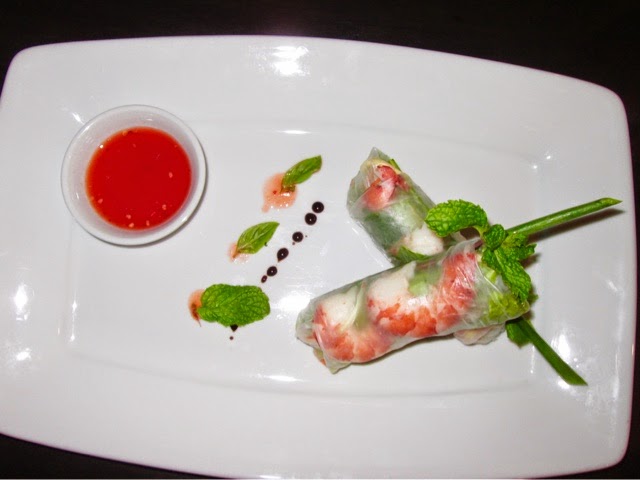 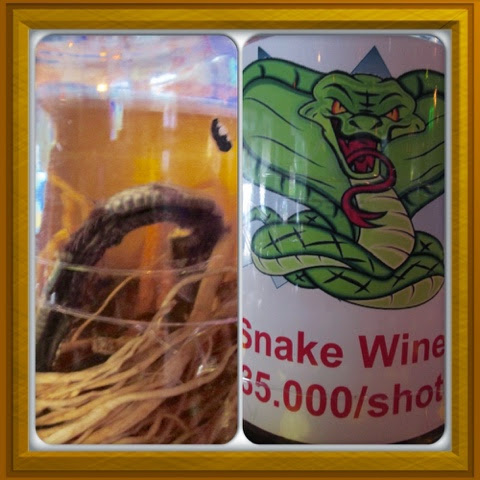 Here's something to think about... 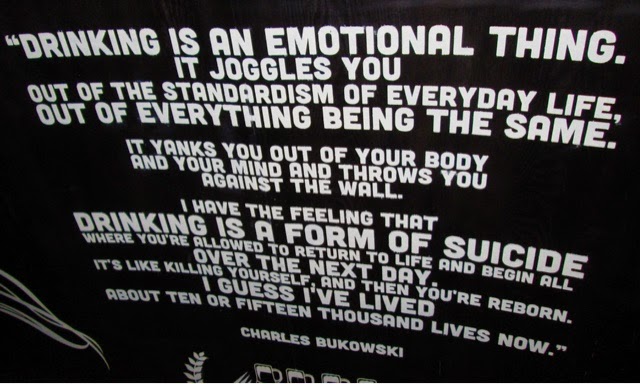