Lake Manyara National Park is 235 square kilometers and it costs $45 US to enter.  It's a mix of jungle where we saw baboons- 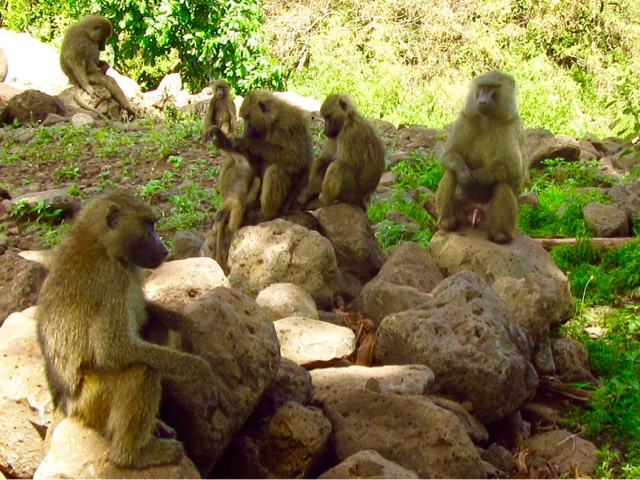 And lots of savannah where giraffe roam- 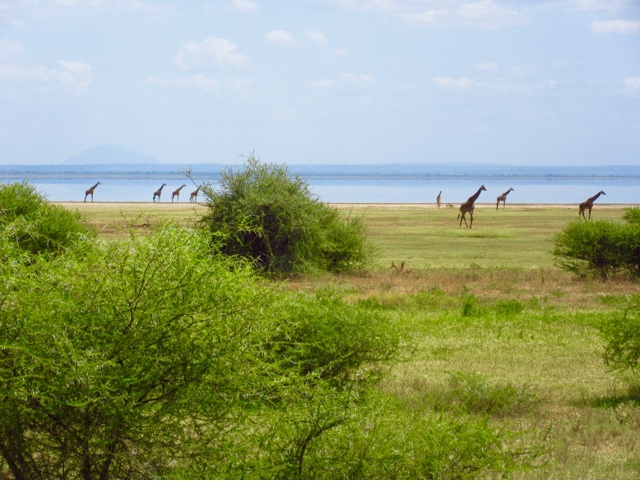 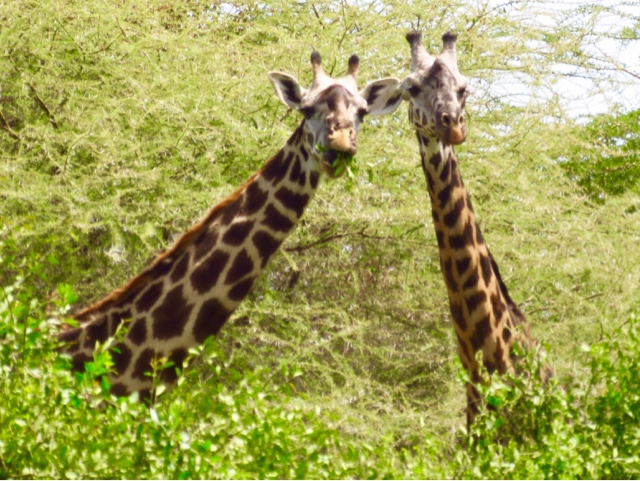 They are my favorite animal so it was a pleasure to watch the 7 of them nibble away!
Hippos usually spend the hot day in water and graze at night because the sun easily burns their hides.   The largest one weighs between 800-1000 kilograms and they eat 70 kg of food/day.  They have a baby every 2 years that weighs 45-60 kg.  They live 28-35 years- 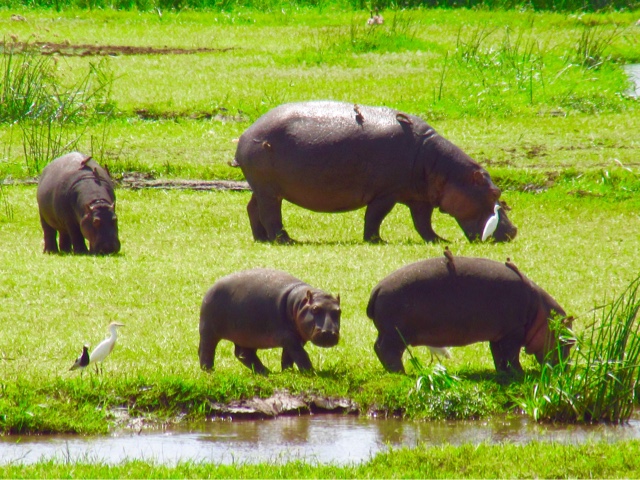 There were a lot of Plains zebra, wildebeest and water buffalo grazing-

Over 400 species of birds live in the park.  Some of them include the Ovambo Hawk, the African Fish Eagle who was having a bath in the river and the Grey Herron who was perfectly still while watching his prey- 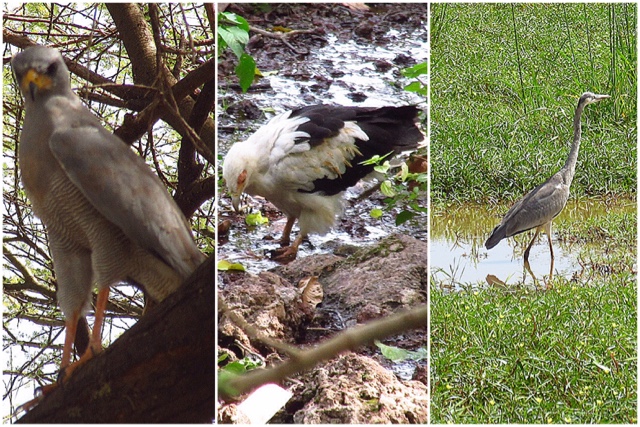 Other birds include the African Spoonbill and the Sacred Ibis- 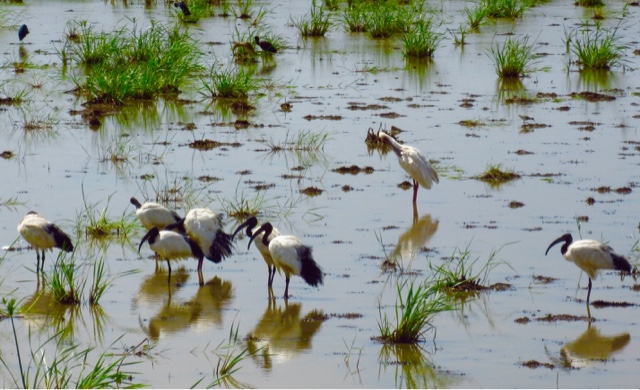 The Blue Monkey really looks blue and can jump 8 meters- 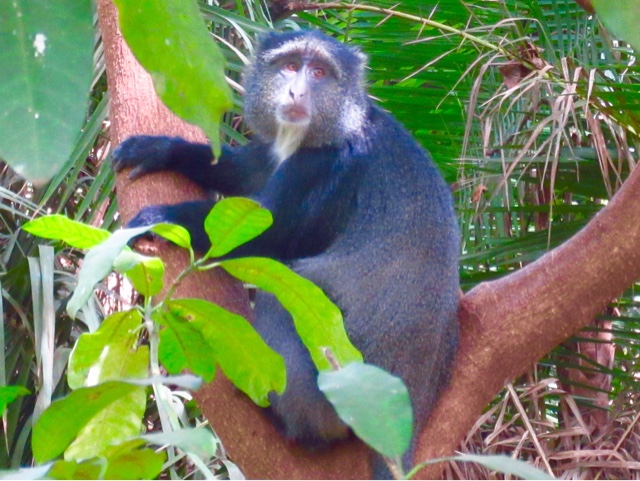 The Vervet Monkey is also called the Black Faced Monkey.  They are very social and live in families.  They groom each other but are not agressive like baboons- 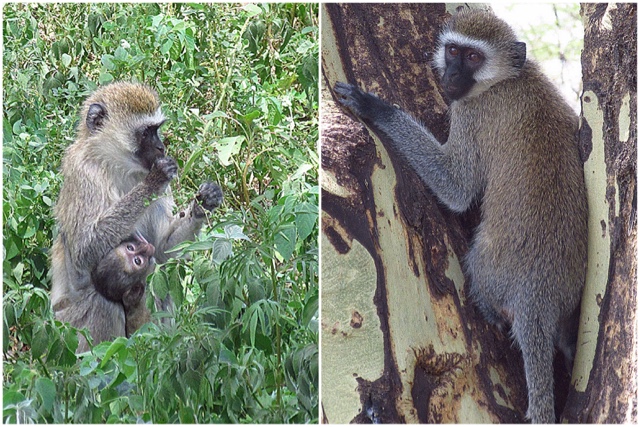 African elephants live 60-70 years and weigh up to 7 tonnes.  They have a great memory and their society is matriarchal.  They spend 16 hours/day eatng 125 kg and drinking 225 litres. 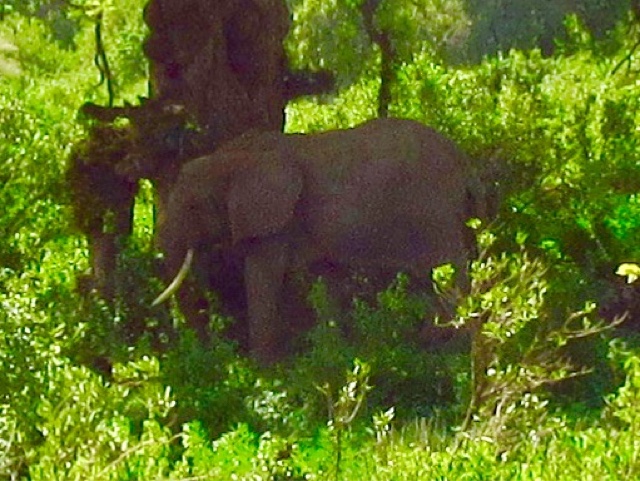 My first wildebeest!  They are called "zero brain" because they are super dumb.  They follow the rains and have an excellent sense of smell.  Zebra follow them to the grasslands.  Zebra can see really well so they work in a symbiotc relationship- 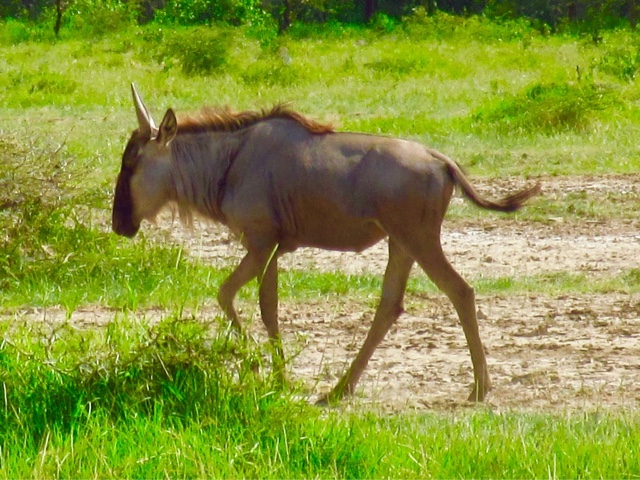 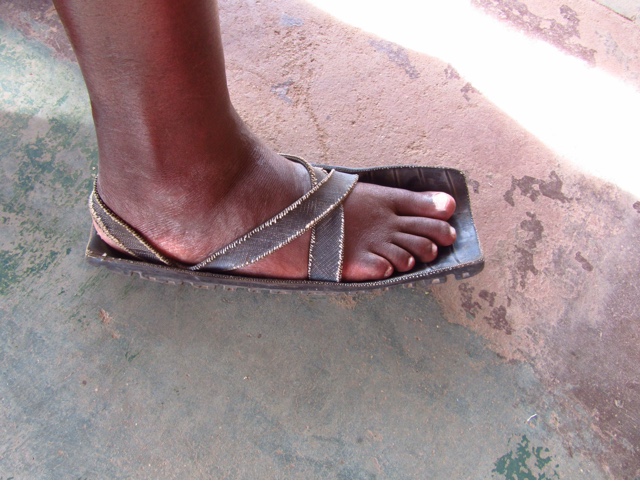 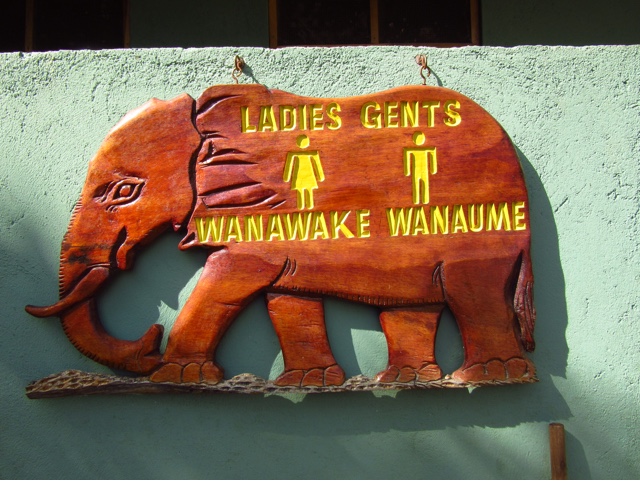 The migration (searching for food) of gazelles, wildebeest and zebra occurs between the Maasi Mara National Park in Kenya and the Serengeti in Tanzania.  A river separates the 2 parks which the gazelles can't cross so they stay in Tanzania.
Looking forward to visiting the Ngorongora Crater tomorrow!
at January 10, 2016