I spent the day touring the area - on foot, and I'm exhausted!
Our first stop was at the Chuga tunnels.  Back in the 1600s when the Maasai were looking for land, they came across this area that was inhabited by the Chuga.  For protection, over 200 km of tunnels were built by the Chuga and many people used them for years.
An entrance- 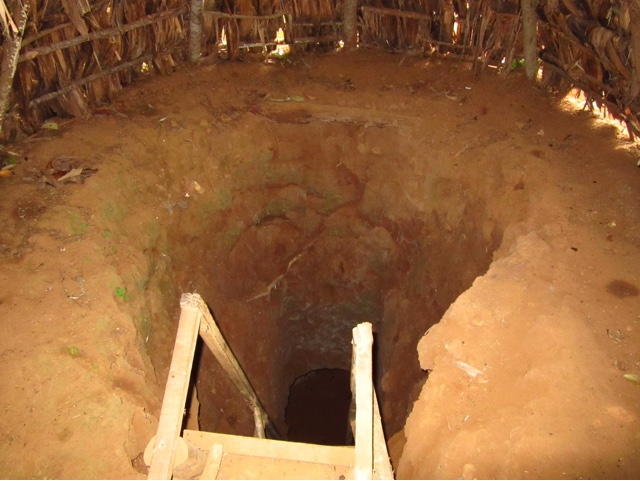 There were all kinds of rooms below and tunnels went every which way, leading to the river- 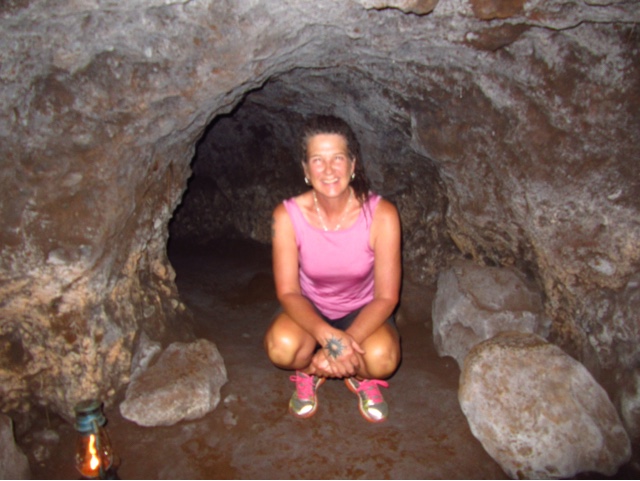 They had cooking areas and battle rooms.  Dead Maasai were dragged down to the river and swept away, so when a Maasai went missing, they thought the Chuga were evil spirits, possibly eating the dead.
Our next stop was the local museum.  This typical Chuga home- 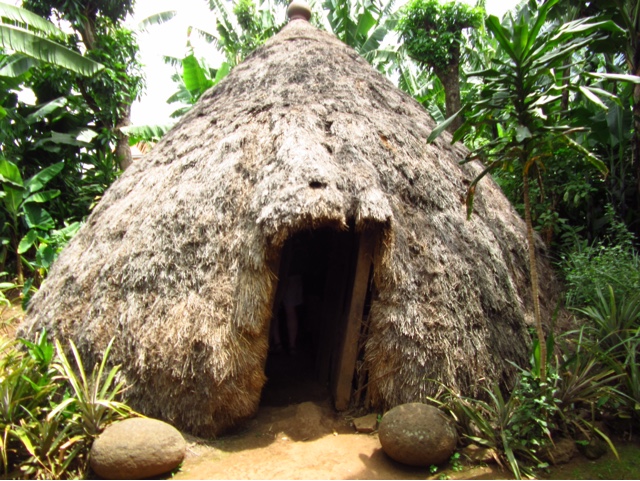 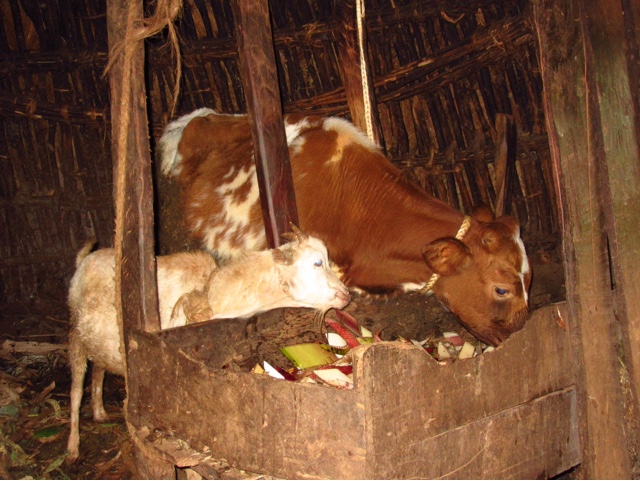 The inhabitants slept on the other side and cooked in the middle of the room.
Milk was stored and butter churned in a banana bark container- 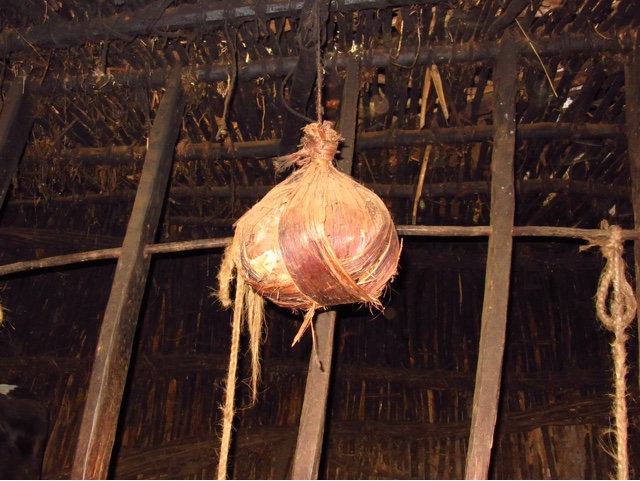 Millet, a main crop, was stored in this granary- 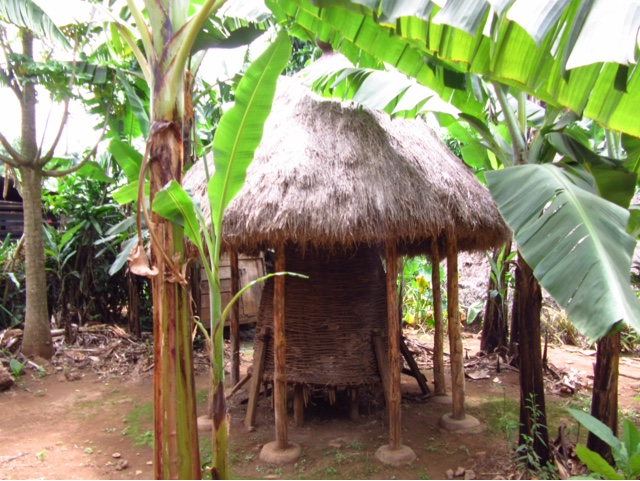 Our next stop was a great waterfall- 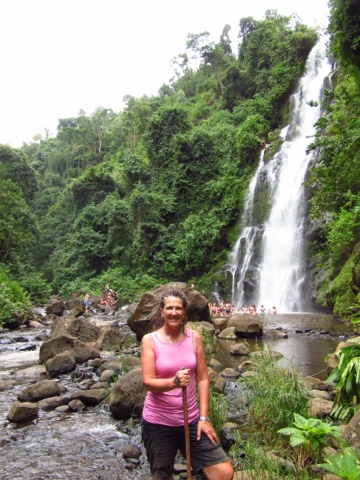 Where I unfortunately  dropped  my camera in the water.   It is now in a bag of rice ( I am NOT putting this one in the oven) and hopefully it will be all right in a couple of days!  I still have my phone and iPad for pictures if I need to replace it and can't find a decent one in Dar Es Salaam.  The way I go through cameras, I should carry two at all times :(
Lunch was ugali - kind of like polenta but it tasted like a solid form of cream of wheat porridge.  It's served with baked beans and a mild chilli type sauce- 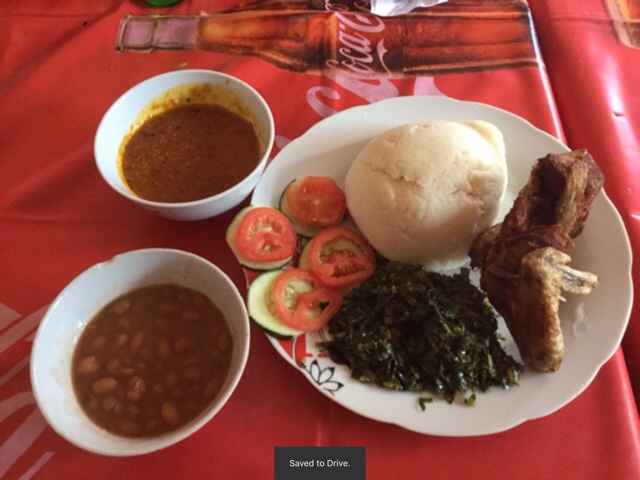 It is a staple here and pretty boring because like I've said before, they only eat to live.
I also got to try banana beer - mbeya- 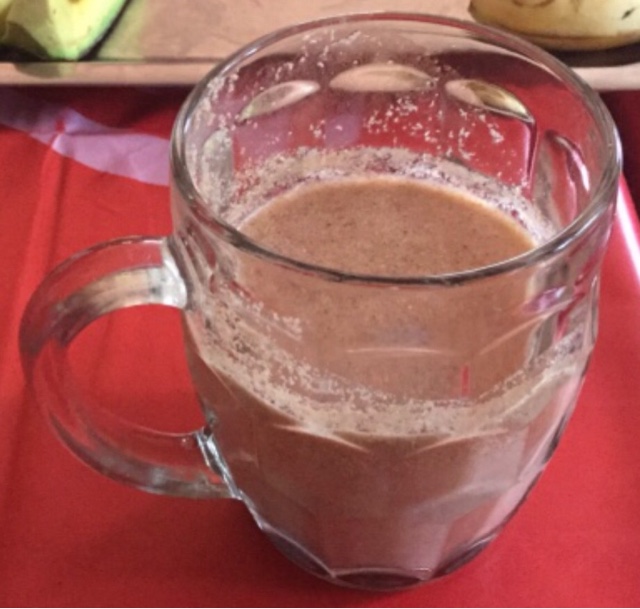 which is absolutely disgusting.  It's made from boiled bananas that are squeezed for their juices.  Ground millet is added and it's set aside for a few days to ferment.  It tastes like banana/vinegar but with the millet it's more like a porridge.  I like most things but this was horrible.
Foliage along the way included banana flowers- 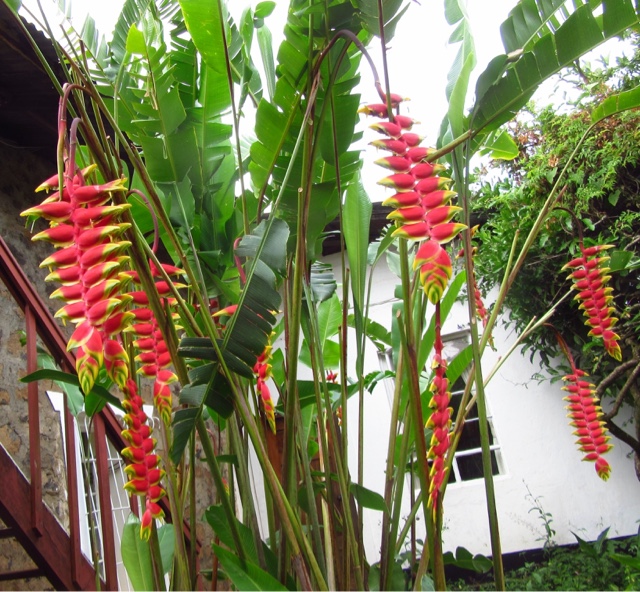 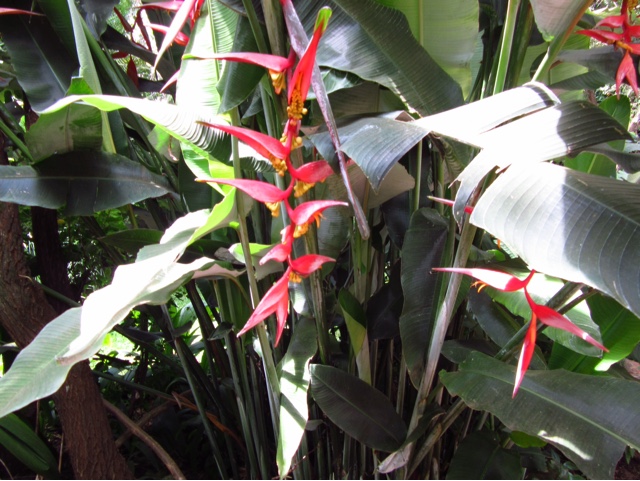 And an unknown flower- 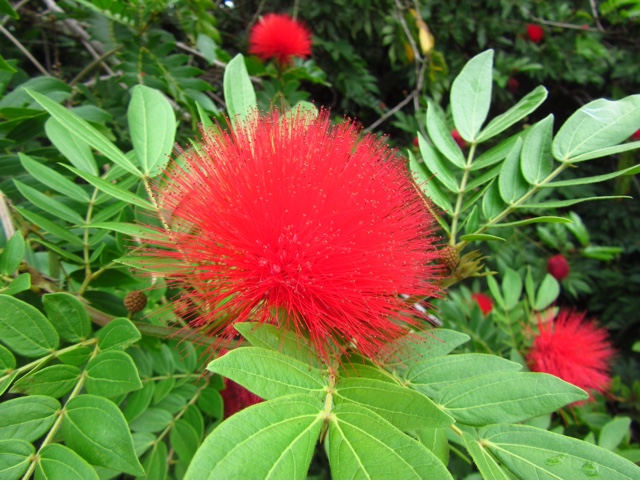 Still haven't seen Mount Kilimanjaro - hoping tomorrow will be clear but with an early start, it might be too dark.
at January 11, 2016