Great Zimbabwe is the greatest medieval city in sub-Saharan Africa.  It was first occupied in the 11th century and proves that ancient Africa reached a level of civilisation not suspected by earlier scholars.  Not much is known about the site but It is believed that 20,000 people lived here.
The Hill Complex construction began in the 13th century- 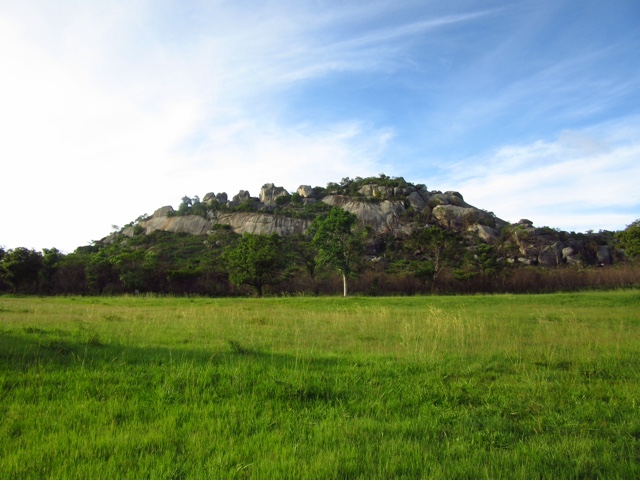 The king not only lived here but the queen and his other 200 wives had to make the long trek up the hill to see him.  Religious/spiritual acts also took place up here.  Today, the ghosts of leopards have been spotted and shards of pottery have been found- 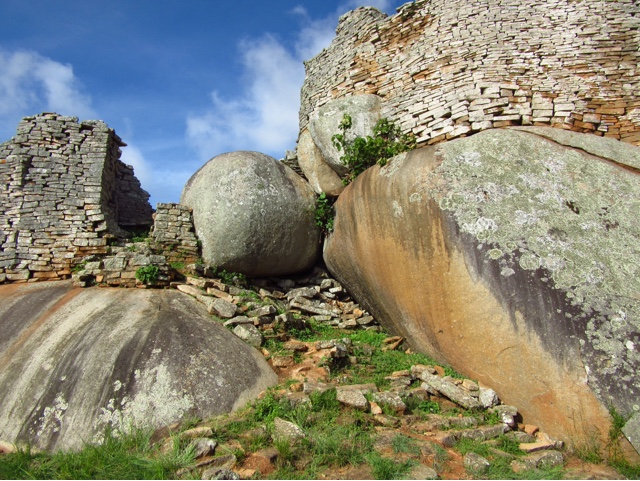 It's interesting how natural rock and bricks were incorporated into the walls of the fort.
The Great Enclosure- 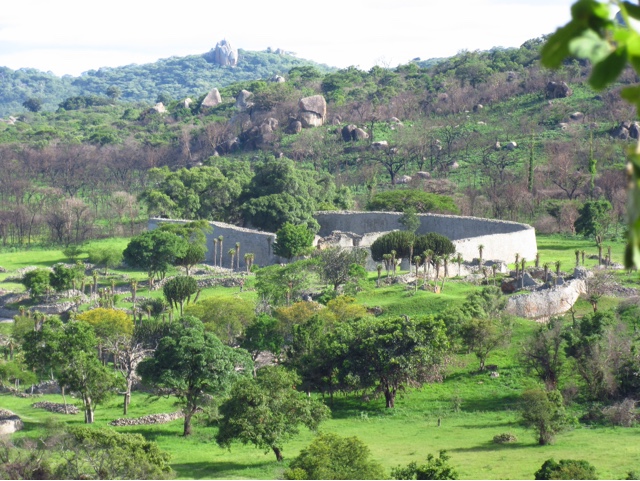 is across the valley and where the queen (wife #1) lived.  The walls are mortarless, 11 meters thick and 5 meters wide.  The enclosure is 100 meters wide and 255 meters in circumference making it the largest ancient structure in sub-Saharan Africa.  There is decorative work at the top left: three rings of chevron patterns- 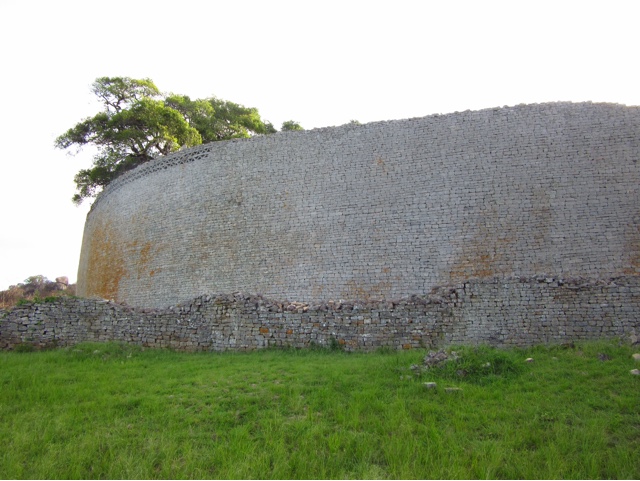 As a form of protection, very narrow passageways were used to enter both the Great Enclosure and the Hill Complex- 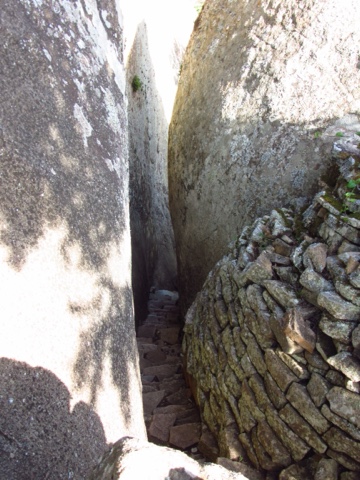 The Conical Tower, found in the Great Enclosure, is solid brick and 10 meters high.  It might be a phallic symbol significant for fertility- 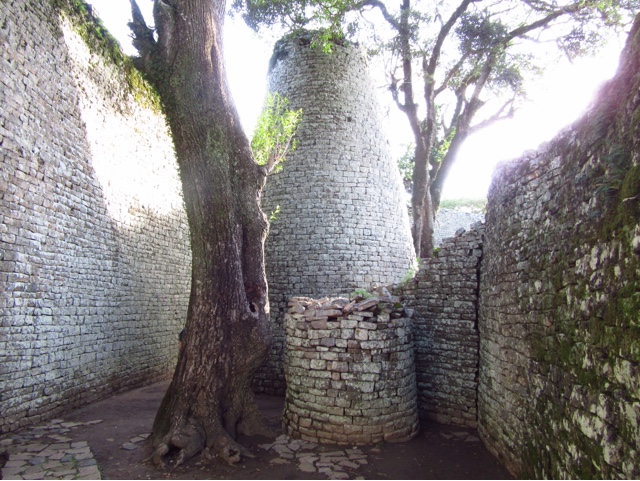 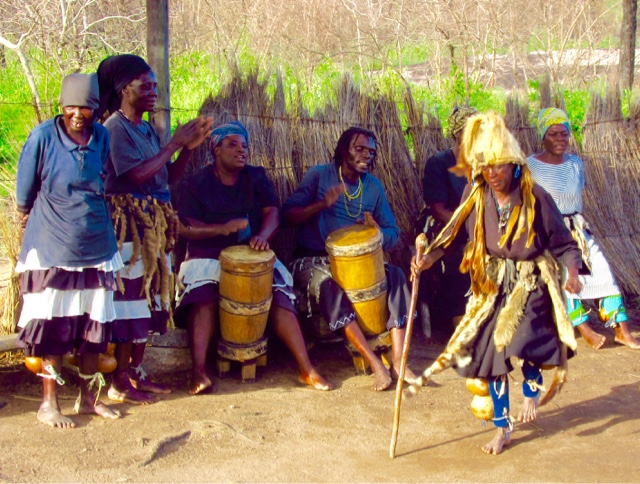 are found in the Valley in between the king and queen's compounds.  It's also where the king's other 200 wives lived.
She stole the show! 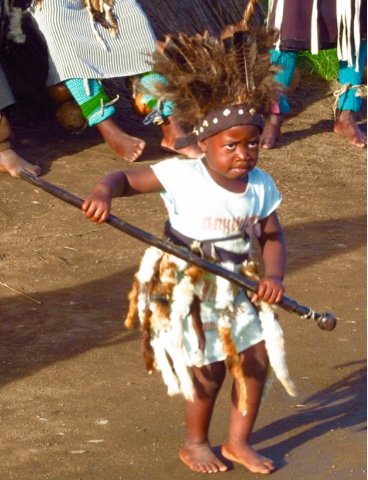 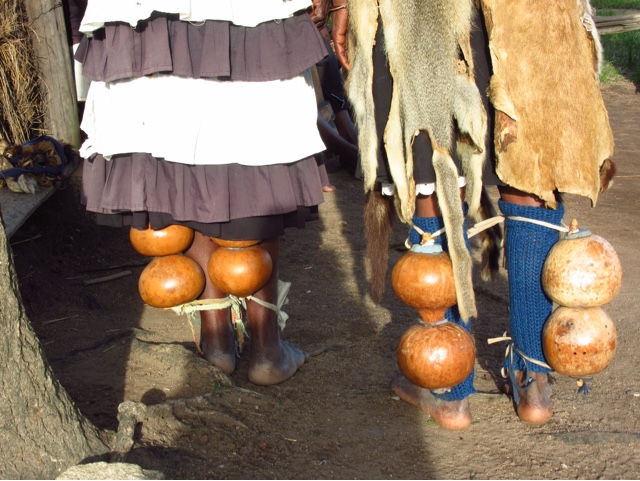 Unfortunately, probably due to overgrazing and population growth, resources were depleted and by the 16th century, when the Portuguese arrived, the city was deserted.  One interesting fact is that no burial grounds have been found, so what did they do with their dead?
Blue balled monkies hang out in the campsite- 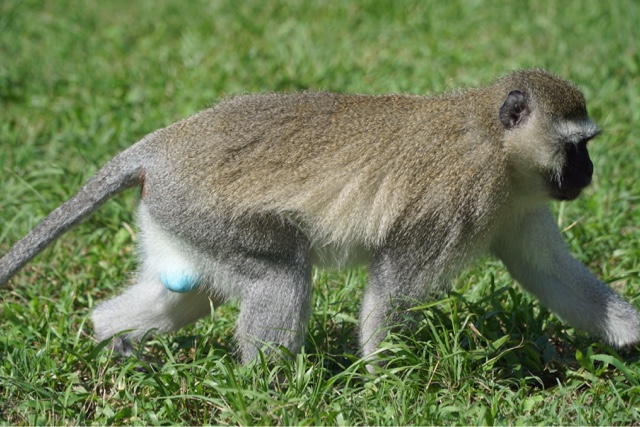 No, this photo was not photo shopped!
There are curios shops along the road- 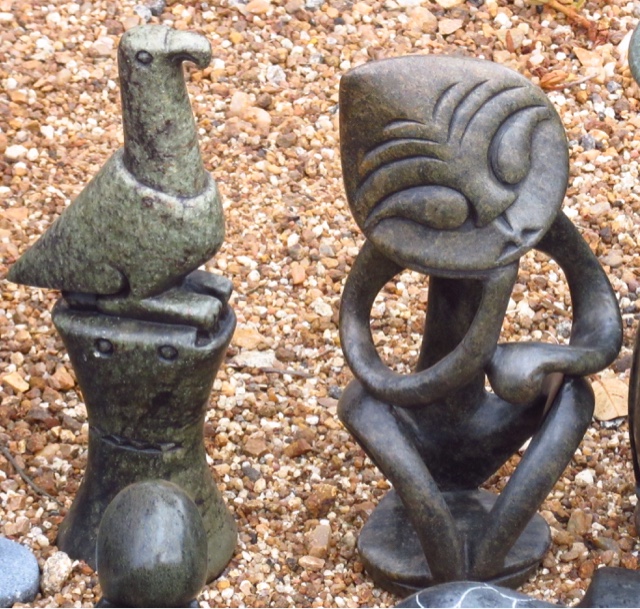 Tomorrow we're off to Antelope Park for 3 nights.  Looking forward to lion stalking!
at January 31, 2016