Breakfast typico was soo good.  Aminta's home is a great place to stay - Casa Blanca Tu Casa.
Katherine from Germany and Nicolas from Quebec came with me to Parque Cerro Verde to hike Volcan Santa Ana- 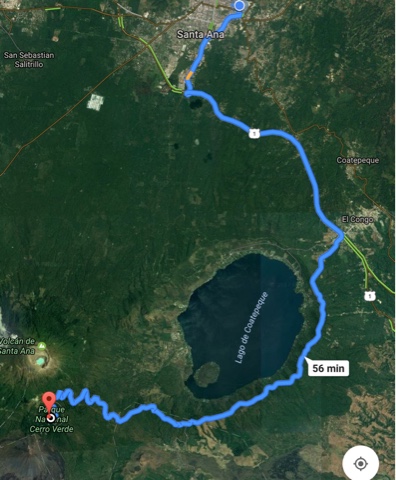 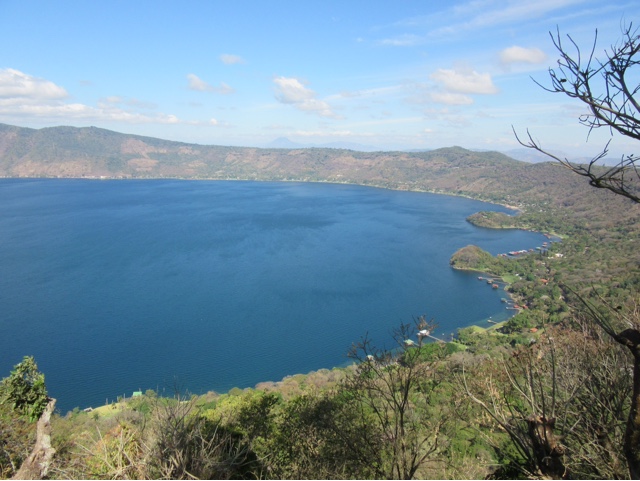 In order to hike Santa Ana Volcano, it's important to be in Cerro Verde Park for a 10:45 briefing by the guides.  It cost $1 for parking and $3 entrance fee.  Once walking, our first 15 minutes were spent climbing down stairs going down the hill through the forest to the road we had driven up on.  If I were taking a chicken bus to do the hike, I would get off at the Tibet Hostel and wait for the group.  It is simply a money grab to have to 'meet' in the park and a bunch of extra steps for nothing.

The hike was up and down and on a decent path for the first while.  The view along the way is spectacular.  This is Volcan Izalco- 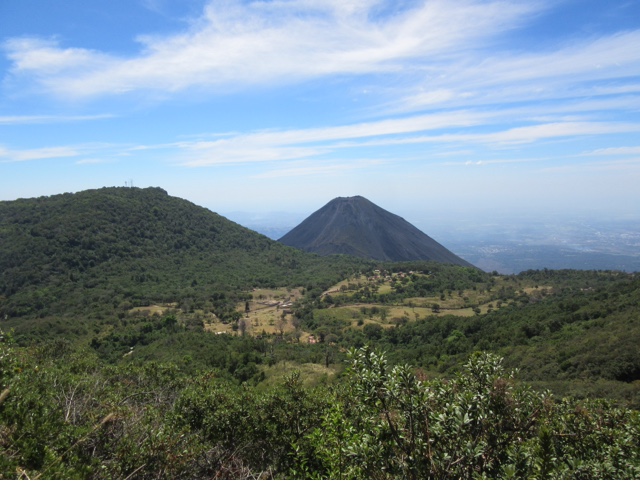 The hike was difficult, especially for someone like me who doesn't like hiking!  Along the way we had to pay $1 to enter private land, then later $6.  So, in total to walk your ass off, it cost $10 US.

Nearer the top, the paths were tricky but well marked with painted yellow rocks- 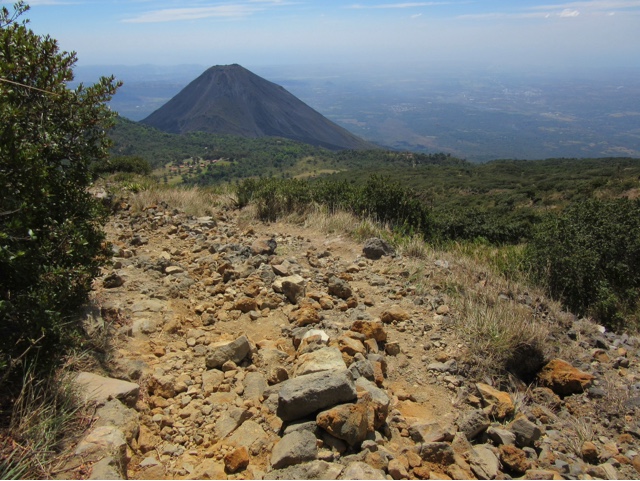 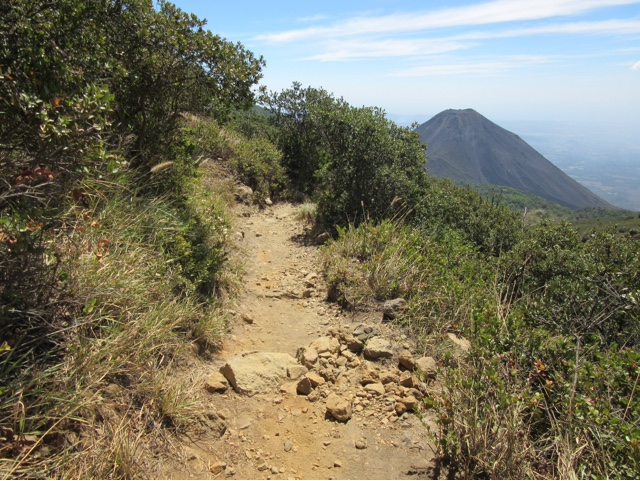 I could smell the sulphur before I got to the top.  It was very windy and quite cold but I was so hot from the climb it was refreshing.  Many wore jackets.  The trek up took about 1 hour 40 minutes and I'm pokey. Once up there, the crater was amazing- 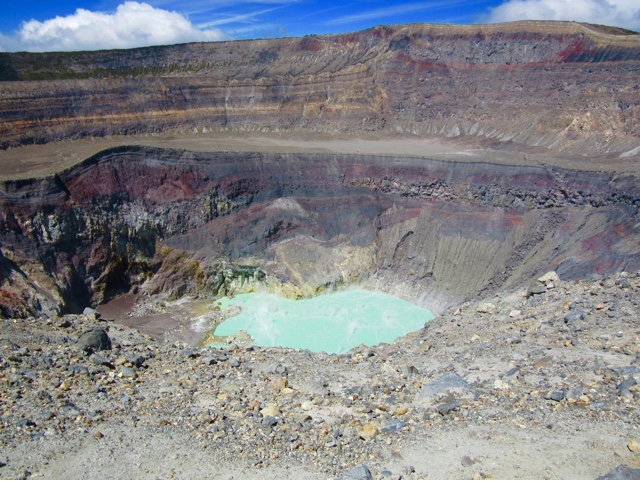 Standing up there, I was so proud of myself.  I finally understood why someone might like hiking!  My legs ached, my feet were sore, but I had done it!  Maybe I'll do some more.... I said maybe! 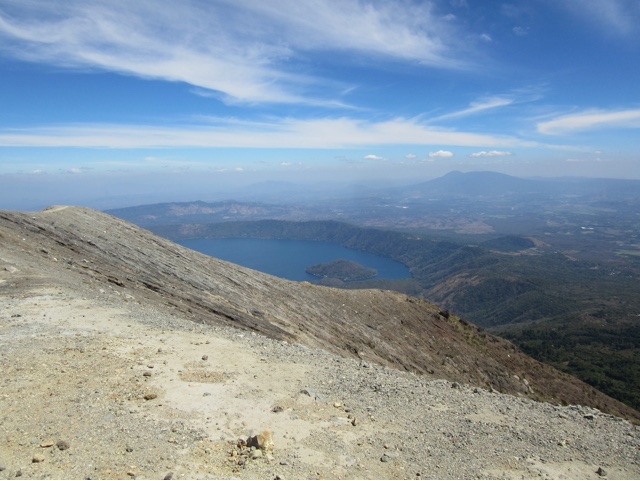 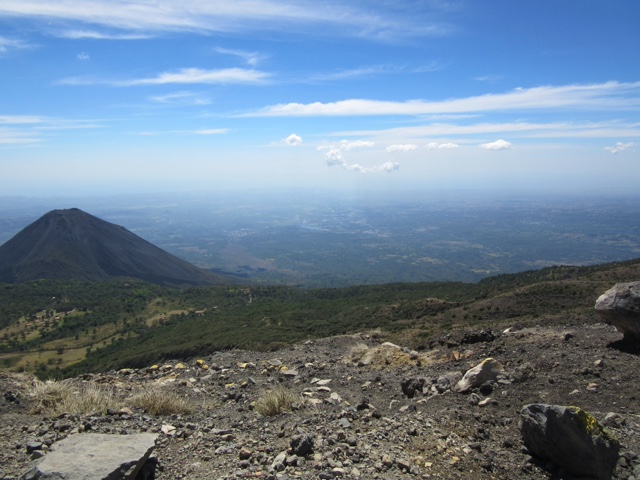 Looking back up while on my way down, the people are just specks (they're right in the middle)- 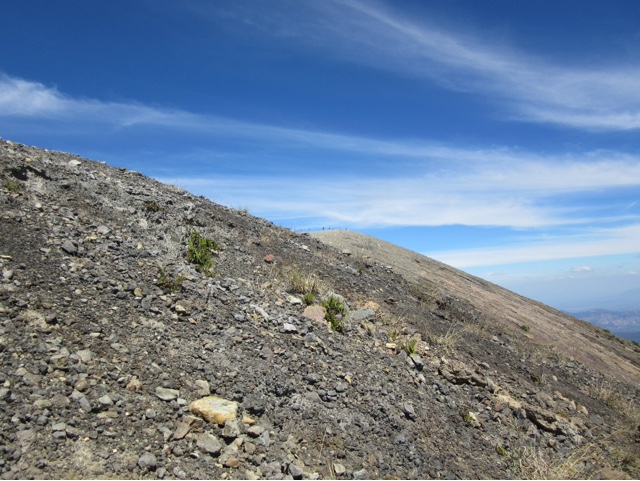 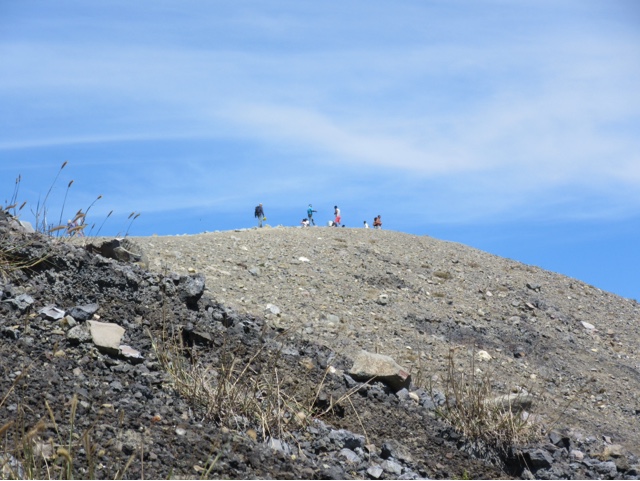 Not much vegetation grows near the top- 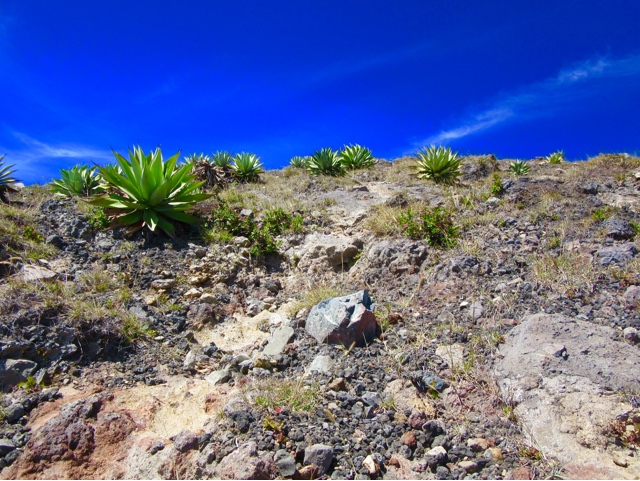 Once at the bottom, I had to have a pupusa.  I just love them:  frijoles con queso revuelto and cole slaw and piquante salsa on top!  These women were dicing yucca.  It will be boiled, then mashed like potatoes.  They work from 7-4 everyday and ride the chicken bus up and down the switchback road- 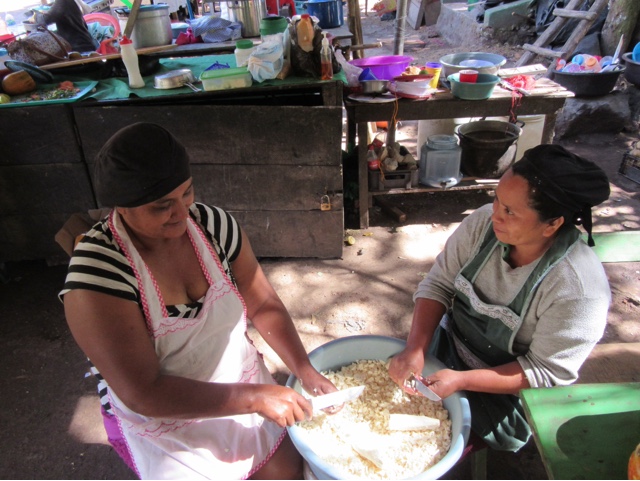 Driving from Cerro Verde to Los Naranjos, the countryside is beautiful.  Sugar cane is in different stages along the way- 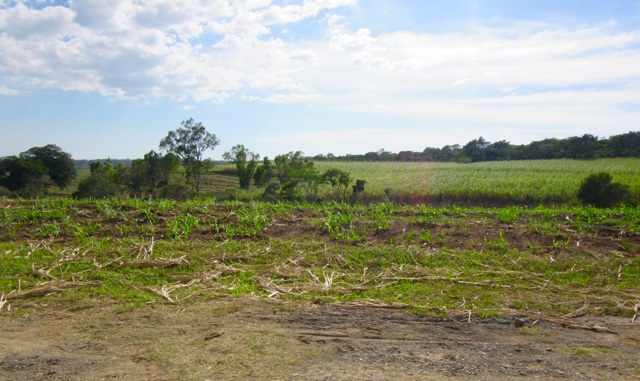 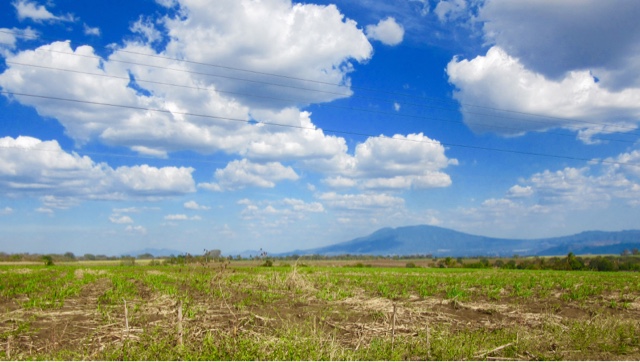 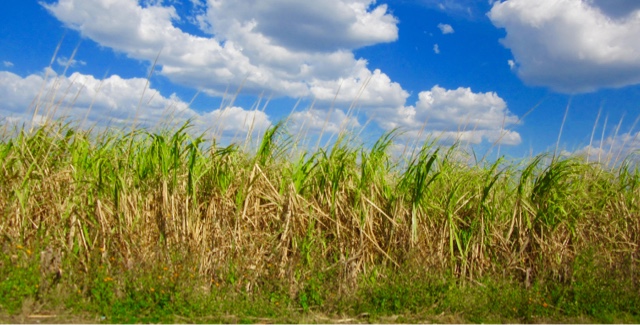 The first hotel I went to at Los Naranjos should be condemned.  A young woman owns it and another one that she just bought 3 months ago.  I stayed in the 'newer' one but the smell of sewer was very strong in the room.  Oh well.  I did have satin sheets, so that was a first!  I really should either have gone straight to Juayua or back to Santa Ana but I get confused in this small country.  I keep thinking that it's hours between places when in reality it's only an hour or two.  Oh well, I'm meeting interesting people everywhere I go.
Looking forward to Juayua's Feria Gastronomica tomorrow!  That's all I need - more food!
at February 11, 2017