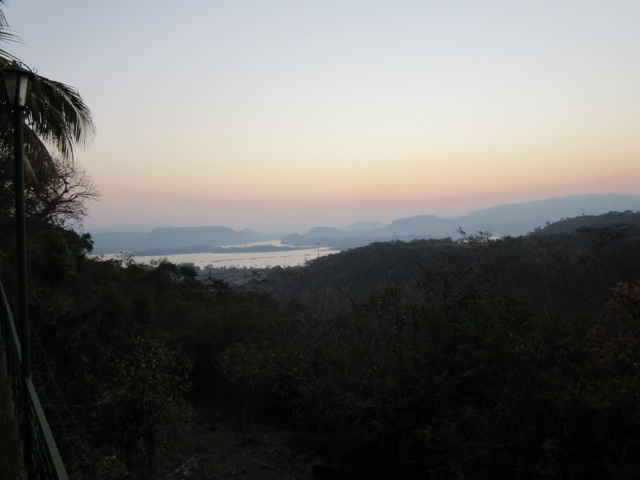 It only got better- 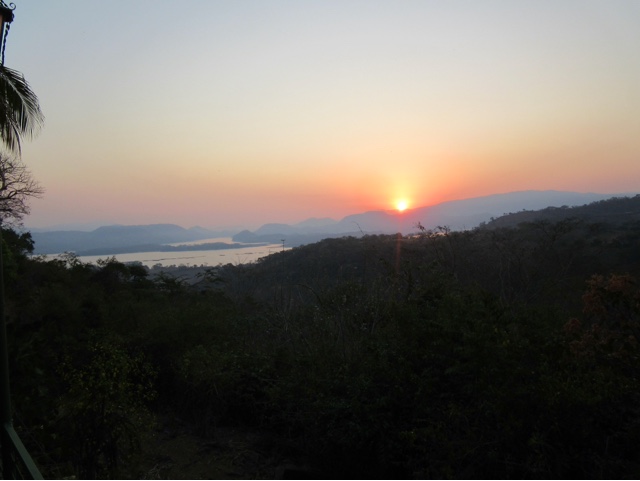 There is a very strong feminist group in town that painted this message on every house without permission.  Many still have the painting on their homes.  It says " In this house... We want a life free from violence against women"- 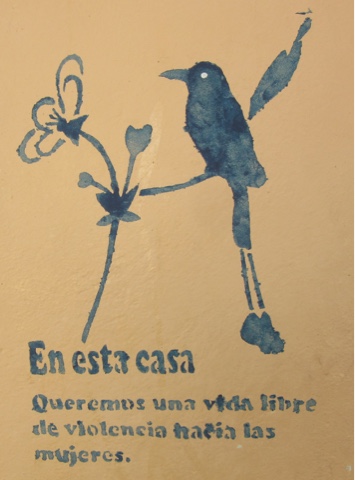 For some reason I wasn't ready to leave Suchitoto, so I parked my car and wandered around.  The streets are cobblestone and the buildings are bright, just like in Antigua Guatemala- 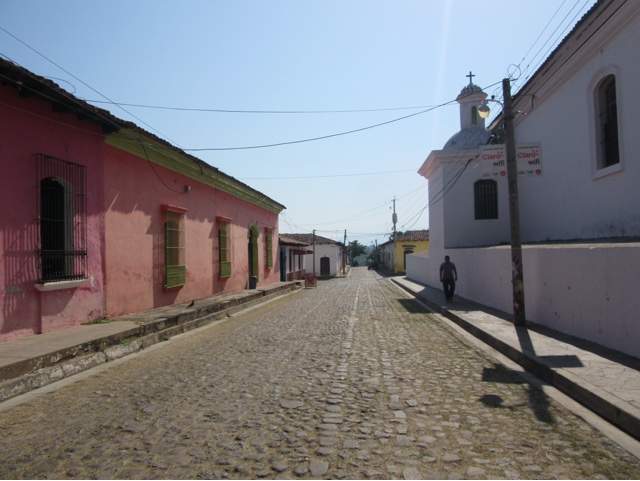 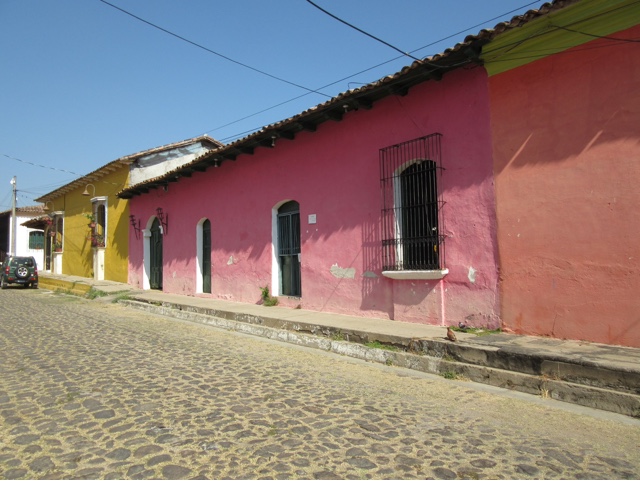 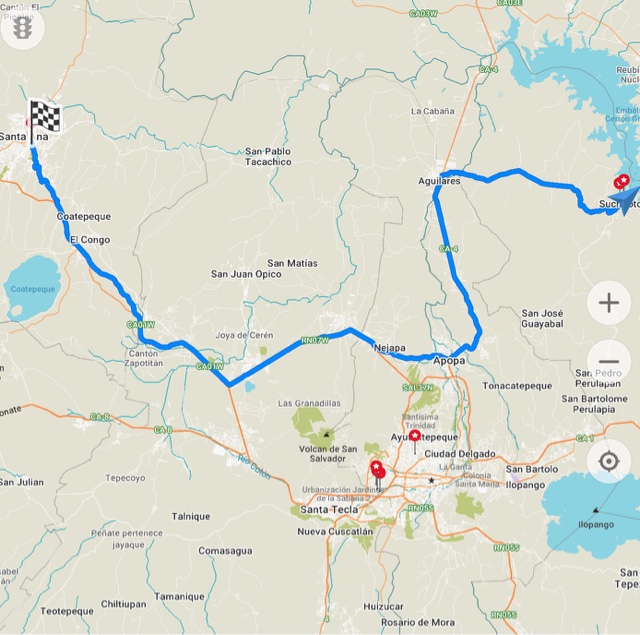 Most of the way was through the country side.  Some sugar cane has been harvested- 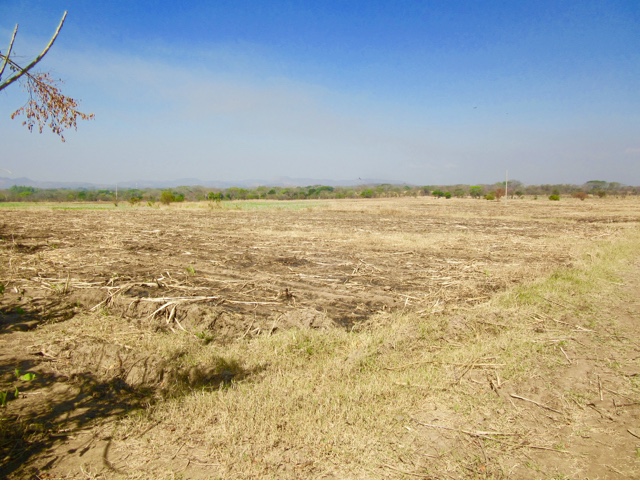 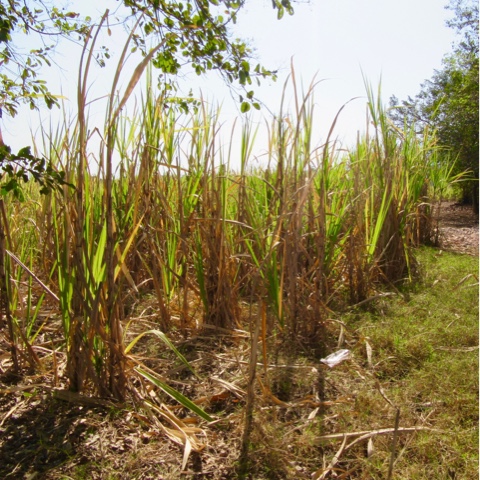 The left over stalks are ground up and fed to cattle- 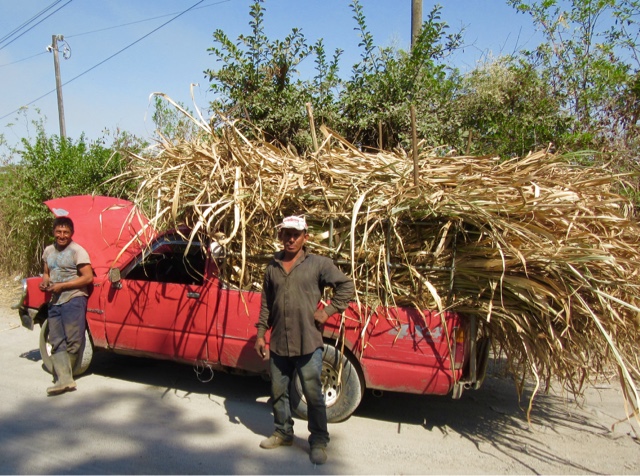 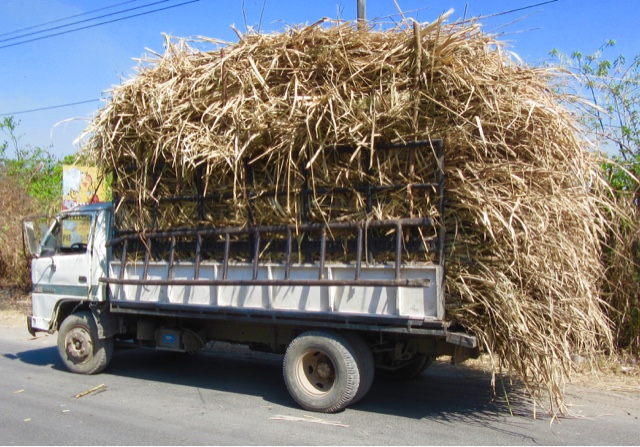 I found my hotel quite easily in Santa Ana.  I'm staying in Aminta's home with 5 other travellers.  It's like the homestays I had in Guatemala - very comfortable and she is around to visit with.  I like it a lot.  She's a teacher - high school in the day and at night she works with delinquents - teaching English.  She is not sure what kind of a pension she will have so she has slowly been remodelling her home which she has owned since 1984, to make room for people like me.  There are 5 bedrooms  and 4 bathrooms.  We had a great visit this afternoon and what I like the best, is that I could understand most of what she said!  Too cool!
Once settled, I walked downtown rather than drive.  I find I miss too much if I'm driving and besides, there aren't many places to park.  Even though it was a fair hike, I saw a lot along the way.
The Cathedral is on the north end of Parque Central.  It's in neo-gothic style and very nicely restored- 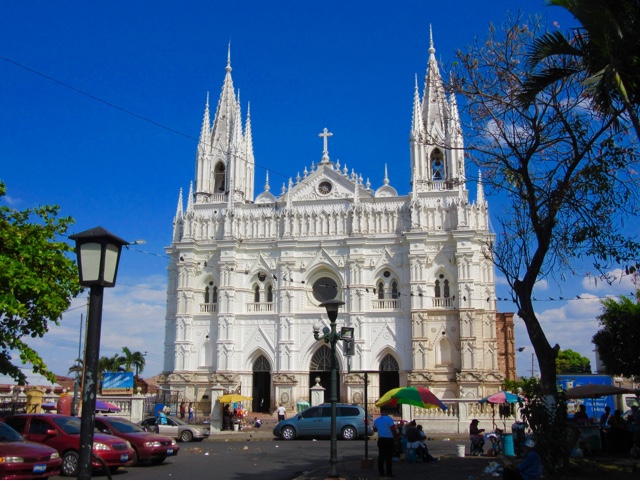 But just on the front- 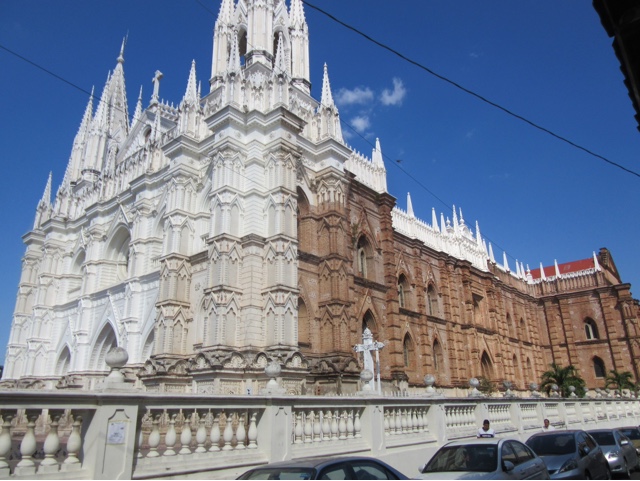 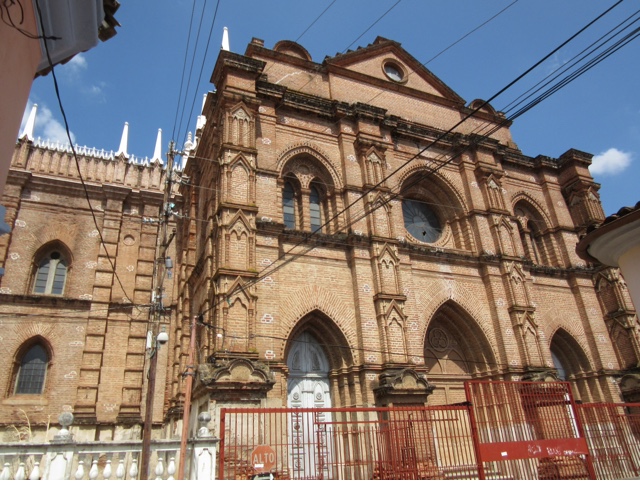 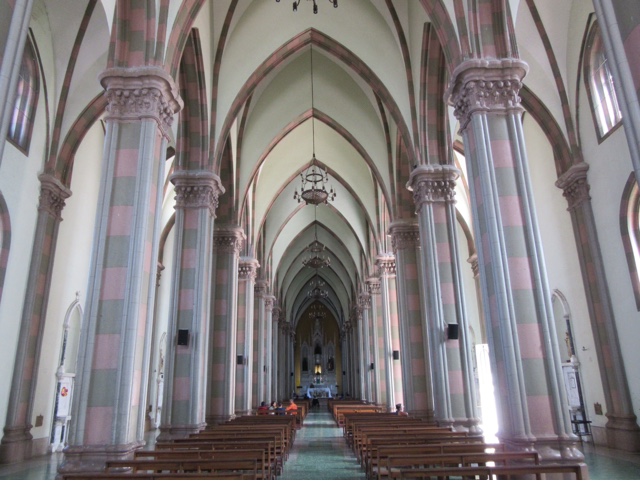 The Teatro, on the west side of Parque Central, was built in 1902-1905 in neo classical style.  In order to fund it, coffee that was exported was taxed 12.5 cents/pound.  It has just recently been refurbished and is beautiful, just like a theatre in London- 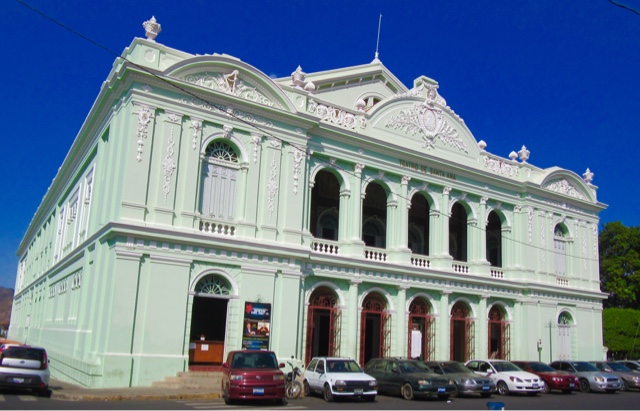 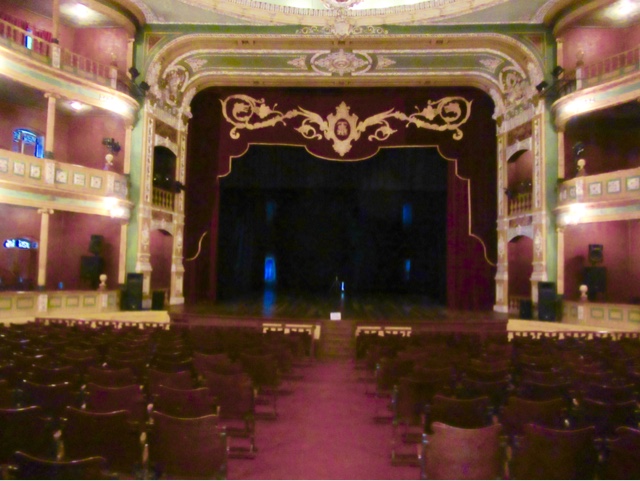 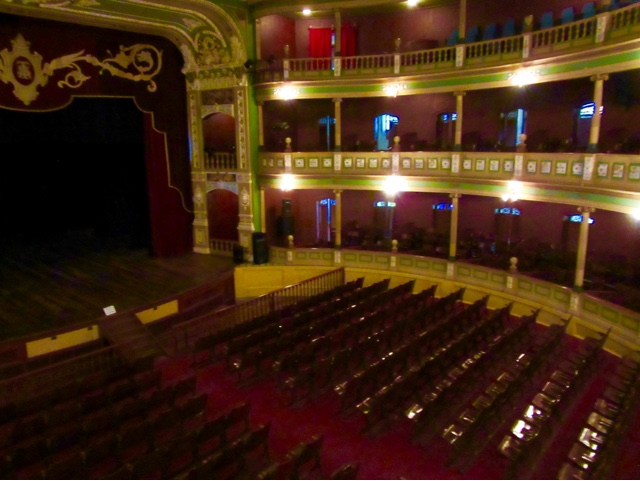 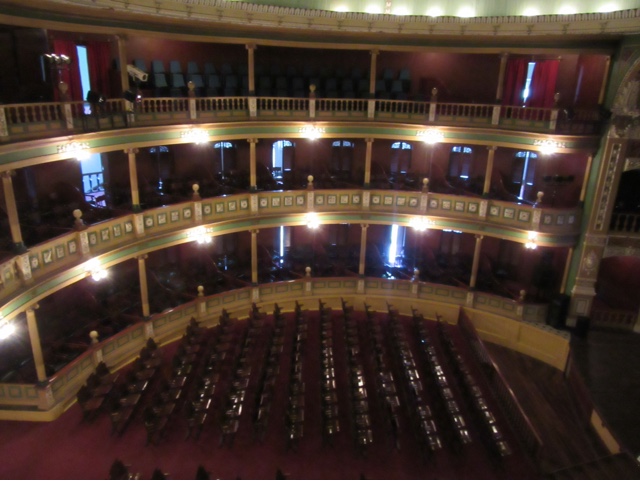 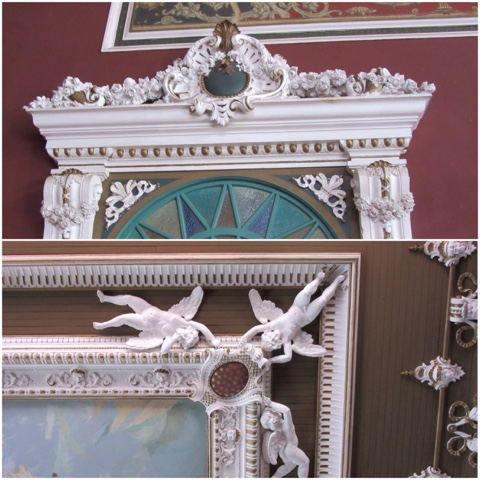 Parque Central is filthy.  Garbage cans are overflowing and litter is everywhere.  It's the worst I've seen this trip. There's also a lot of bad smells- 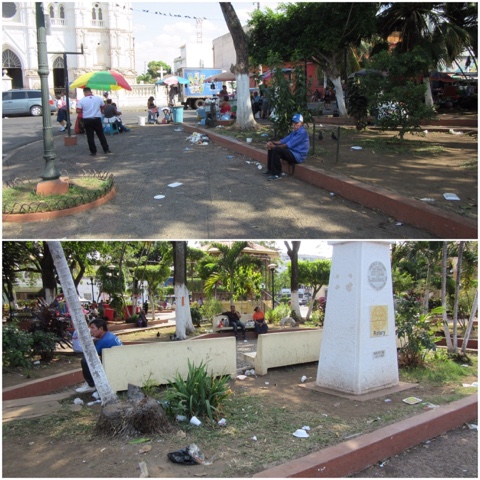 The Municipal Palace is the seat of local government and found on the south side of Parque Central.  It was built in 1874 and workers donated their salaries to finance it- 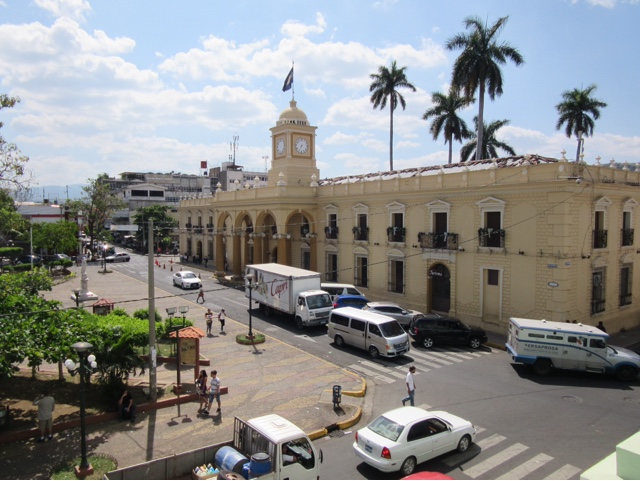 The litter doesn't stop people from coming to the Parque for lunch.  I had yucca con chicharrón which is boiled yucca - nicer than potatoes- 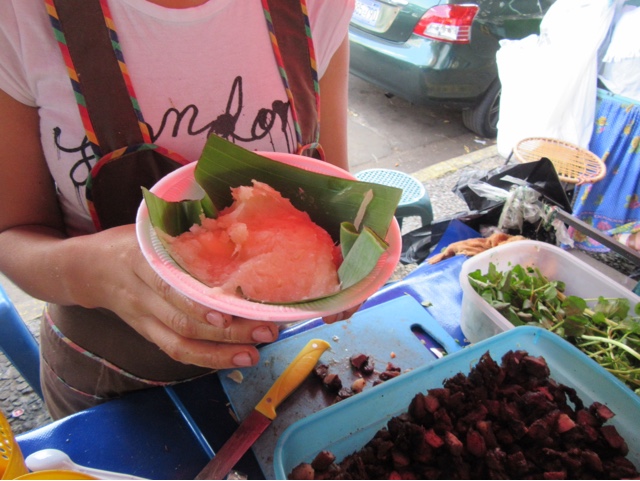 topped with pork, chilis and vegetables.  It was delicious, especially for 50 cents- 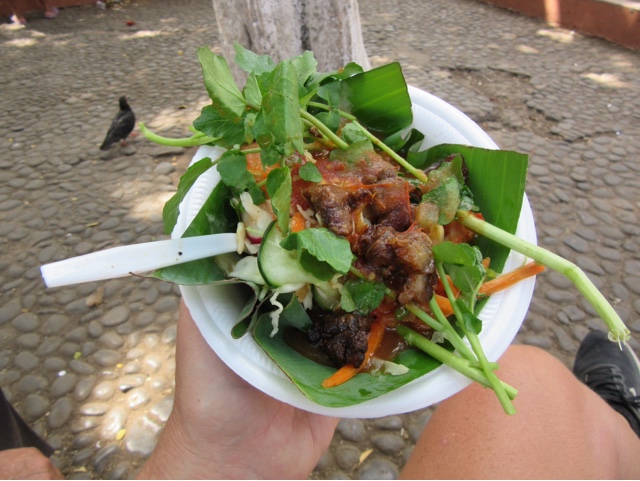 The people still do the majority of their shopping at small booths.  It's much cheaper than in the supermarket and more social- 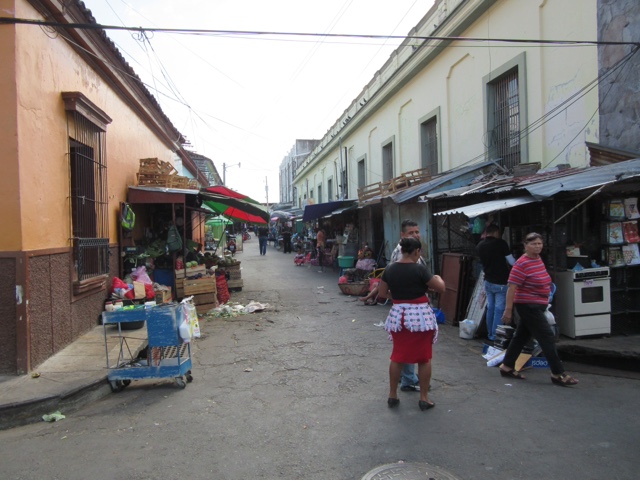 Two men were preparing this vehicle to be painted!  Right on the street! 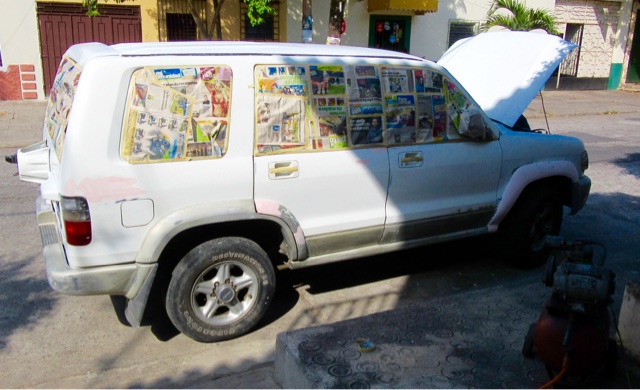 My hotel is in an old, run down neighbourhood (not shown here, I mean how frugal do you think I am?)  I hope my car is still here in the morning! 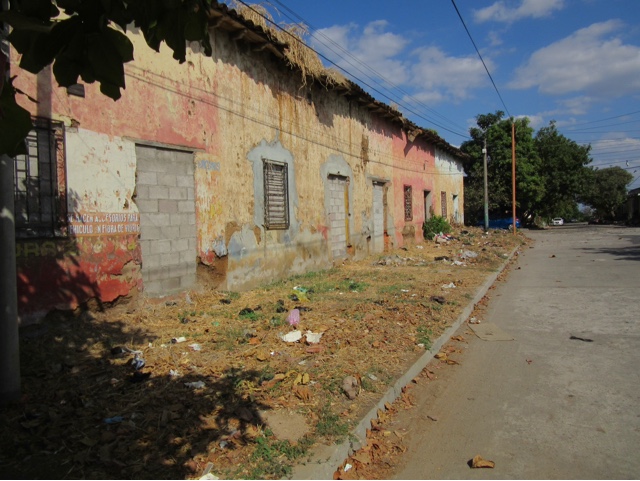 I'm going to Parque Nacional Cerro Verde in the morning to hike up to the top of Volcan Santa Ana.  Not sure if I'm looking forward to it or not!
at February 09, 2017