These signs must be a Honduran thing- 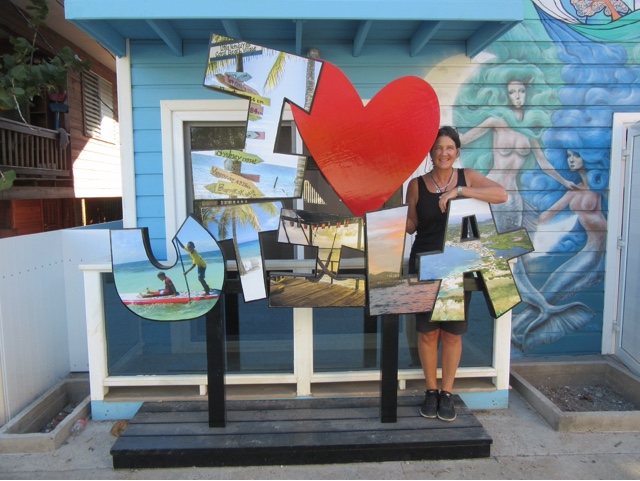 Utila differs a lot from Caye Caulker and Little Corn.  First, the streets are mostly paved and smooth!  There are many small restaurants and shops lining both sides and there is little, if any garbage lying around thanks to the many garbage cans.  Scooters, golf carts and tuk tuks provide transportation but they aren't annoying.  There are no Chinese running the shops and it seems more of a place to 'live' rather than simply a place for tourists to abuse.  English and Spanish are spoken - NO creole!  It has a really good vibe and I like it already- 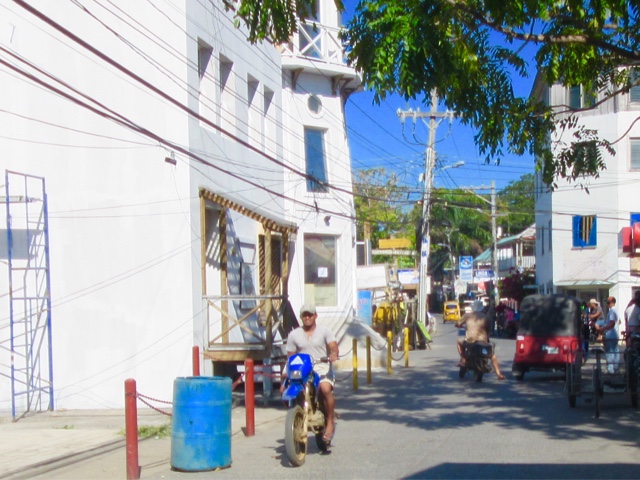 Breakfast was a super baleada with onions, beans, chicken, cheese, eggs, avocado, lettuce and tomatoe.  It was delicious- 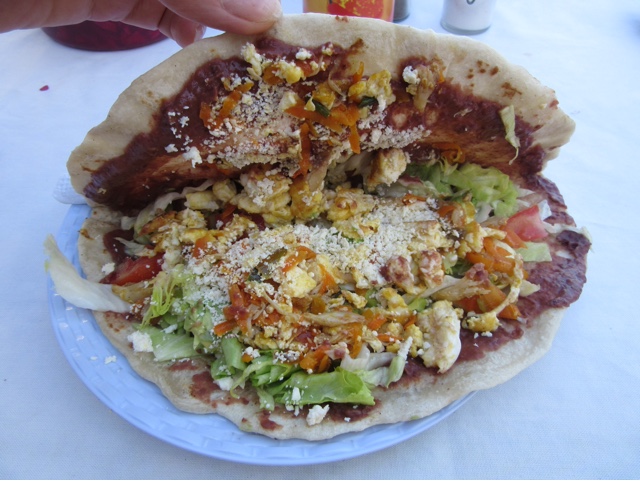 Utila is Robinson Crusoe's island.  He was shipwrecked and washed onto shore at "D".  He built a tent over a cave and called it his castle until it collapsed from a tremor.  He walked up to "F" - Pumpkin Hill to look for ships.  Eventually he tired of that futility.  He spent 3 months carving a hog plum tree to use as a boat but couldn't drag it to the water because it was too heavy.  He thought about digging a canal to the sea but figured that would take 12 years!  The Carib Indians inhabited mainland Honduras and brought their prisoners to Utila. At "L", Crusoe rescued one of the prisoners who was going to be eaten by cannibals.  Prisoners were only eaten after a fight, a fight I guess that they lost!  Crusoe called his new friend Friday because that was the day he rescued him.  Finally, a Jamaican ship was passing by and Crusoe and Friday helped stop a mutiny.  For this, they were given passage to England December 19, 1686.  Robinson Crusoe spent 27 years on Utila! 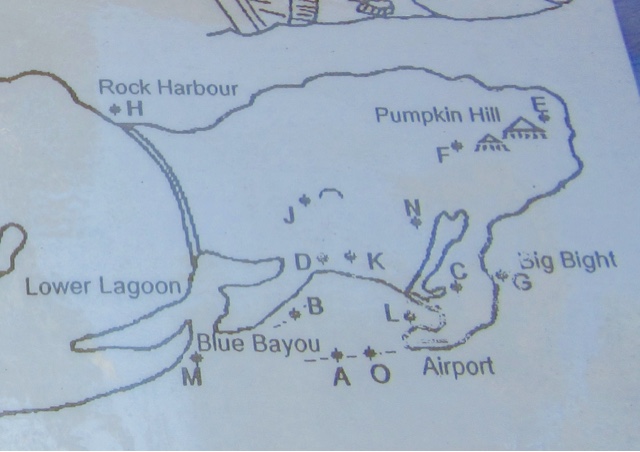 Blue Bayou, M, is where Crusoe found a small skiff.  With it, he headed inward, always exploring- 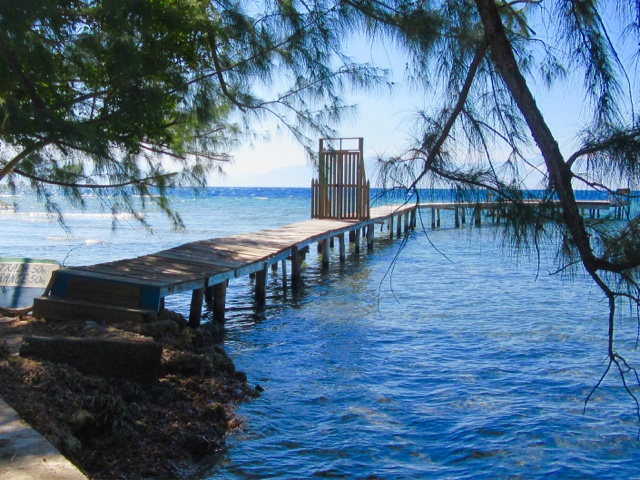 The scooter allowed us to explore but having 2 of us on it was kind of difficult.  Not only was it old and a wreck, the throttle and steering were very stiff.  We toured around for a few hours without an accident so that was the main thing- 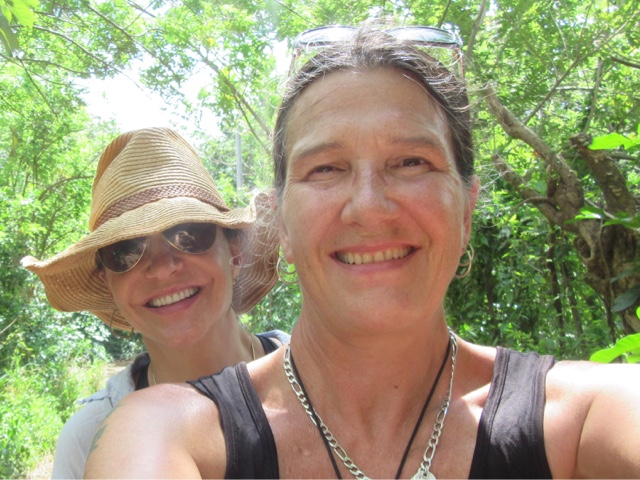 The south east corner of the island is not inhabited.  The waves crash in pretty hard, there's a lot of garbage, lava and dead coral- 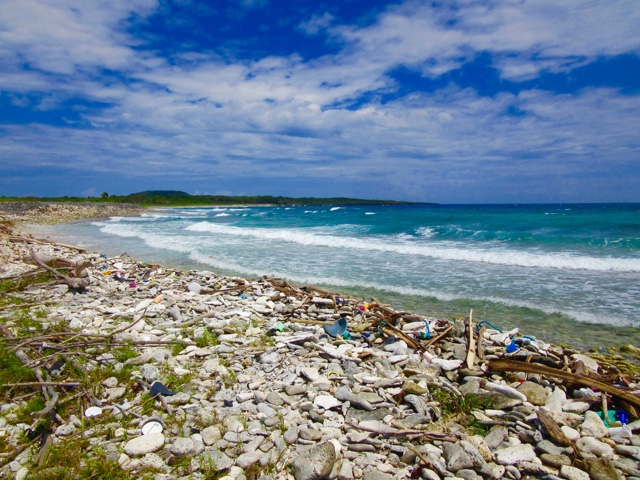 Some of our route was a little primitive- 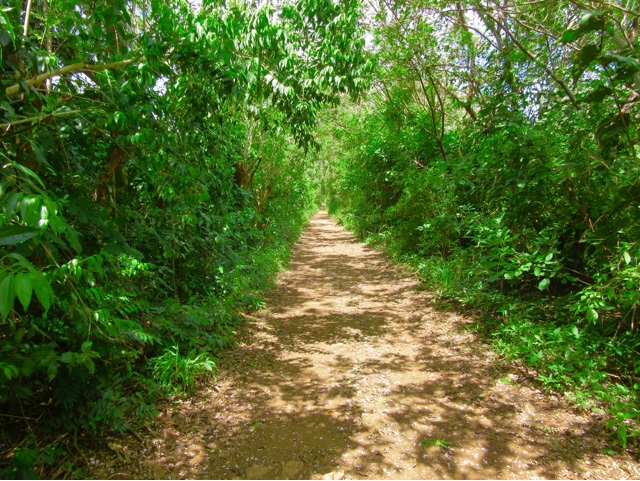 We stopped at the Texas Saloon for a couple beer.  We started sitting outside, right above the water, but it was too windy so moved inside to play crib- 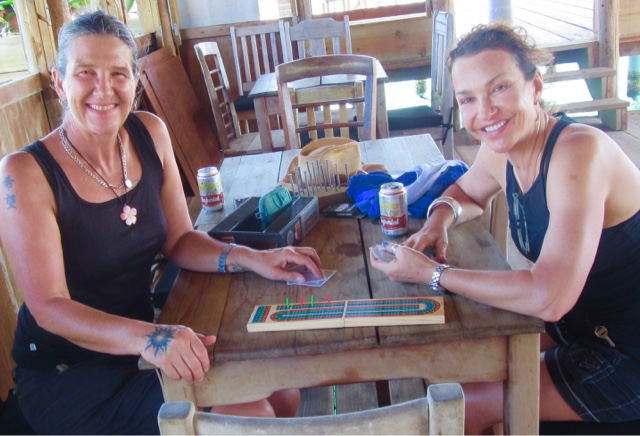 I love the English or whatever it is- 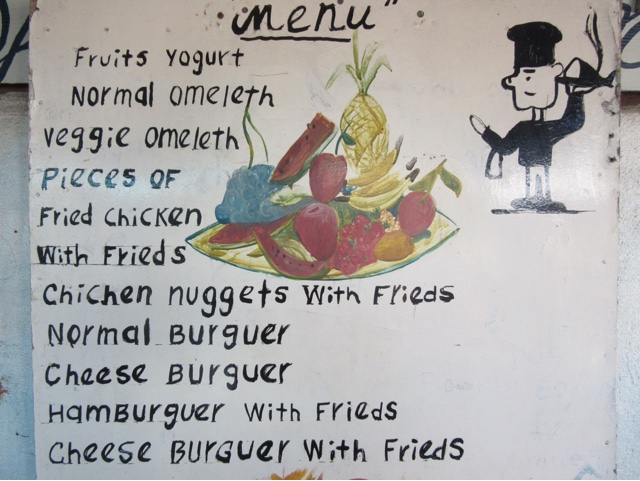 Lunch was at this hole in the wall.  It was only average- 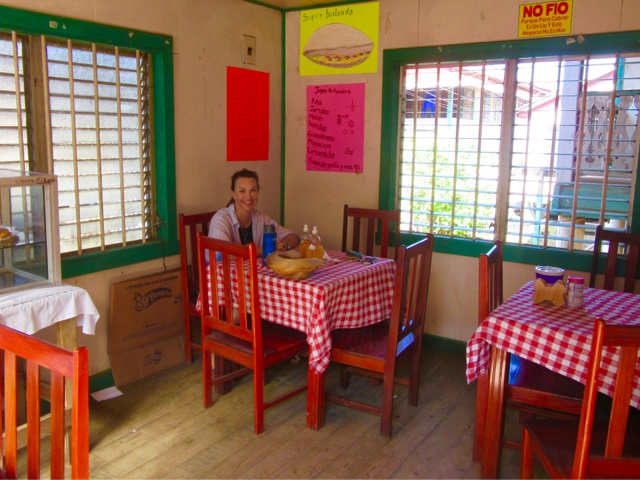 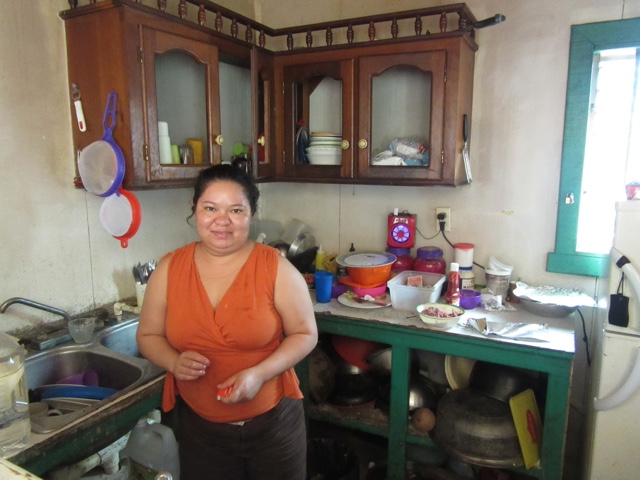 We took the scooter back, even though we still had a few hours left because we're going to the north shore diving at 7 tomorrow morning and won't be back until noon. Hope to see some whale sharks!
at February 28, 2017