I like travelling by land.  I guess my 2 overlands and plans for a third attest to that.  There is just something about driving through an area that for me is super interesting.  It's the ability to interact with the people and see how they live that I like-things you never see in an airplane.  So this morning we left Managua, Nicaragua for San Pedro Sula, Honduras - 14 hours and 601 km away- 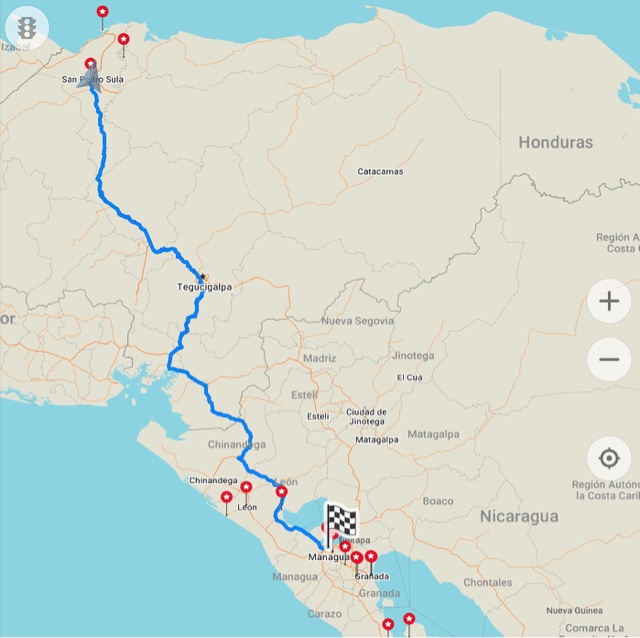 Thankfully we were on a very new Ticabus with wifi, at least while we were in Nicaragua, excellent air conditioning, movies and a toilet, which was only to be used for peeing- 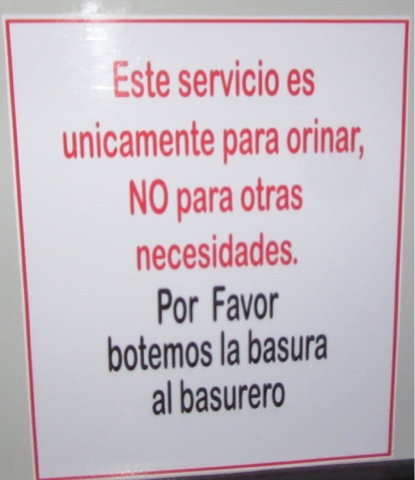 Not sure what you were supposed to do if you had to go because we only stopped 3 times: twice at borders and once in Tegucigalpa!  I chose front seats because I like to look forward but the blind on the windshield couldn't be raised so I had to slouch down.  Eventually I moved to the back.
Southern Honduras is dry and poor.  Kids run out onto the highway begging for money and food- 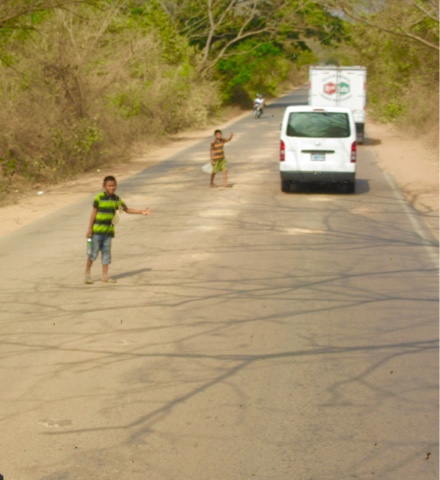 I haven't seen much harvesting equipment until today- 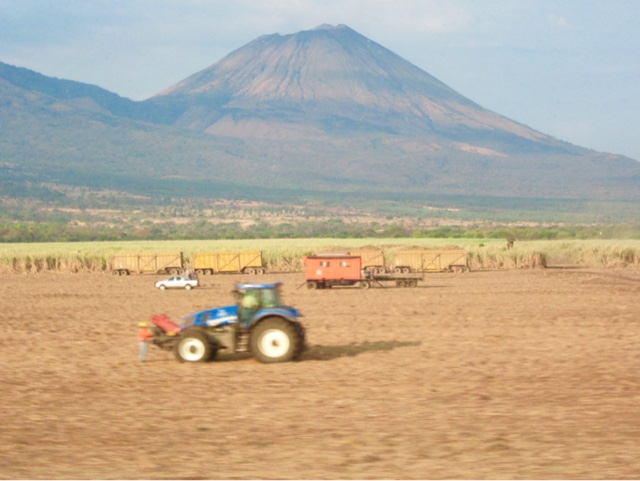 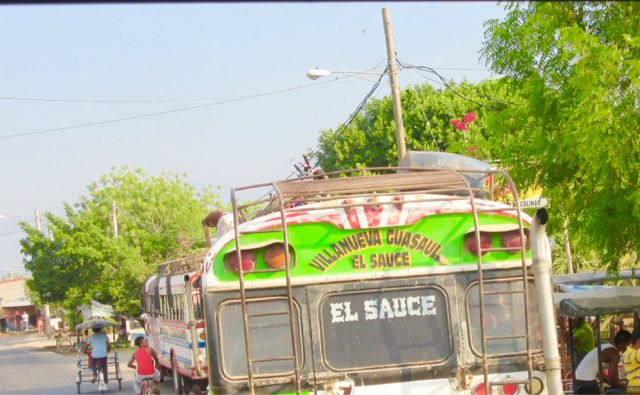 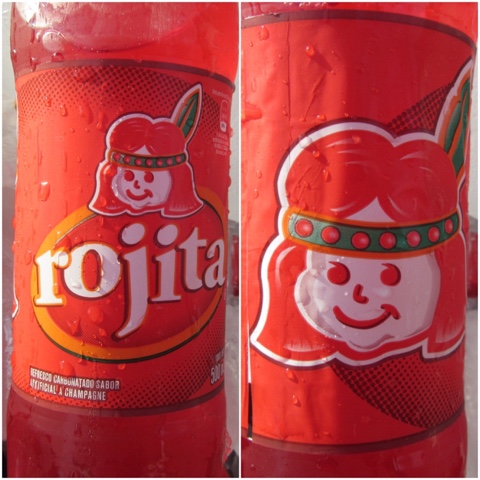 The landscape is mountainous and polluted- 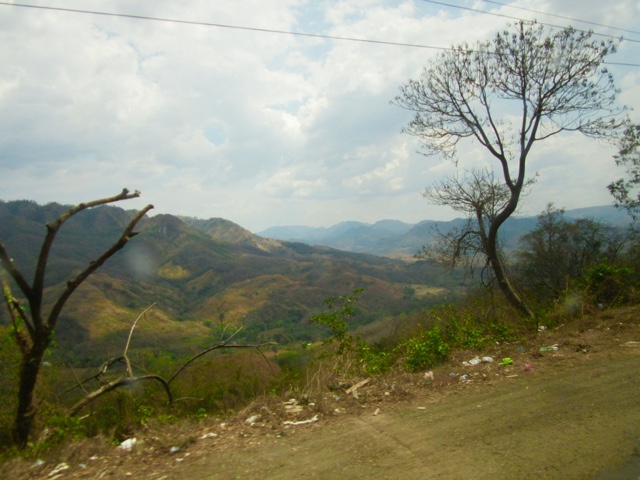 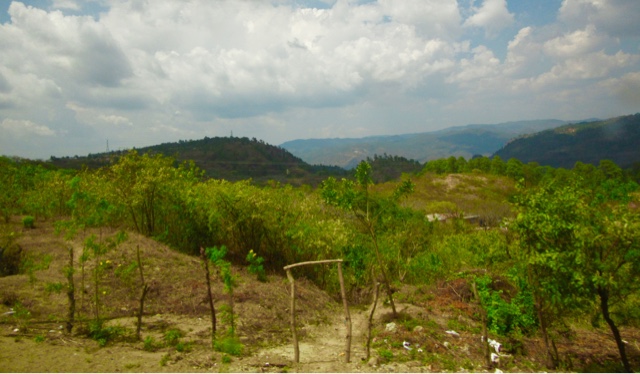 The further north we went, the nicer it got.  Tegucigalpa is the capital of Honduras and has a population of 1.2 million- 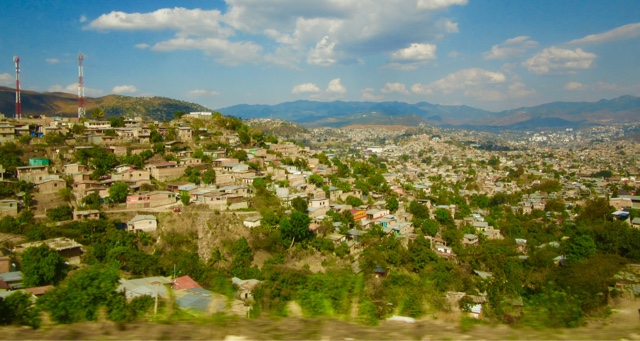 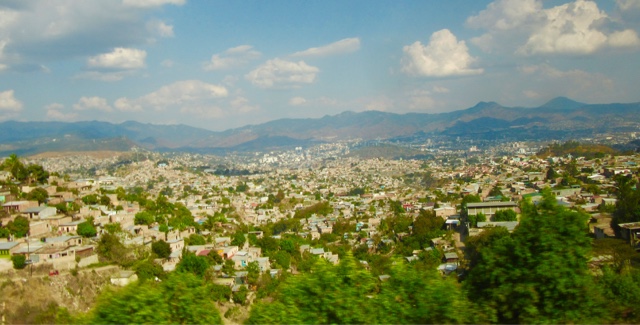 We drove past Lago de Yojoa which was lined with close to 50 restaurants, all open to the street and to the lake.  It's so hard to imagine how they can all survive.
Finally at 7 pm we arrived at the gigantic bus terminal in San Pedro Sula.  It's like a shopping mall - there are many store fronts selling bus tickets and lots of small restaurants and convenience stores.  San Pedro Sula is Honduras' second largest city.  We're only spending the night because we're flying to Utila tomorrow.  Upon arriving at Los Dos Molinas B and B, the woman of the house told me her husband died this past Tuesday.  He dropped dead in the bathroom of a heart attack.  She has 3 sons: 16, 10 and 7.  As is normal in Honduras, his funeral was the next day.  She has to just carry on with her 6 room hotel.  Luckily she has family living close by to help her through this difficult time.
Looking forward to Utila tomorrow!
at February 27, 2017