We had some time to kill before our flight so went to a couple nearby malls.  We could have been in Canada they were so similar, however, apparently they are still celebrating Valentine's Day.  I asked a woman walking by to take our picture - she shook her head no.  I told her it was simple and showed her how to just point and shoot- 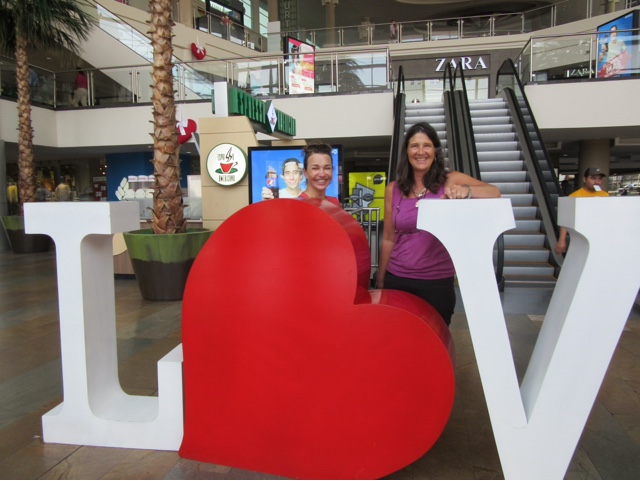 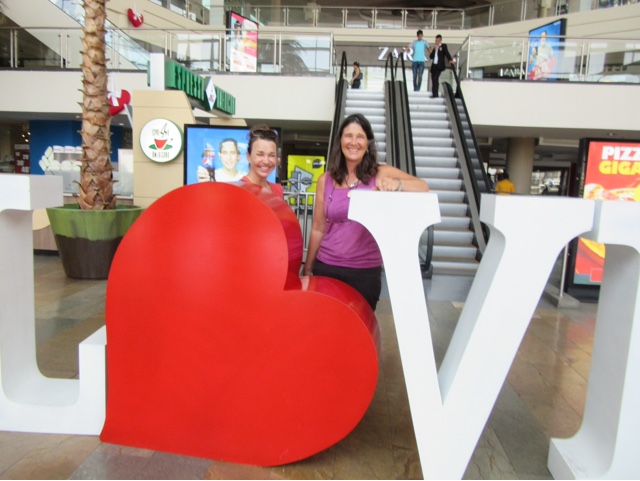 Carolyn was pissing herself laughing.  The woman gave back the camera saying she was 'loco' so I finally asked a security guard who did a better job- 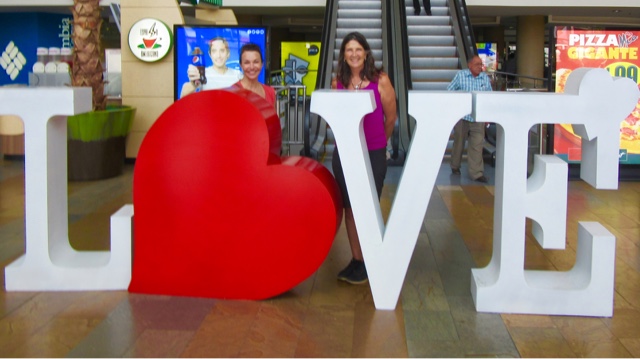 While waiting at the San Pedro Sula airport for our flight to La Cieba and then on to Utila, I heard a very quickly spoken announcement saying something about Utila and Roatan.  All of a sudden,  boarding started.  There seemed to be A LOT of people going our way but we noticed everyone had 'normal' looking cardboard type boarding passes and ours were just slips of paper.  We were only a few people away from the attendants checking passes when we realized the flight was going to Miami.  I know we wouldn't have made it on the plane but we got a good laugh out of it.  Soon it was 10 to 3 and no one was at our gate.  I got worried that they had changed the gate and we had missed that announcement and now it would be too late, the gate would be closed, blah, blah, blah.  I started going to other gates and ran into a pilot who turned out to be our pilot.  Oh ya, island time.  I forgot.  Eventually we boarded, flew to La Cieba, changed planes and 15 minutes later we were in Utila- 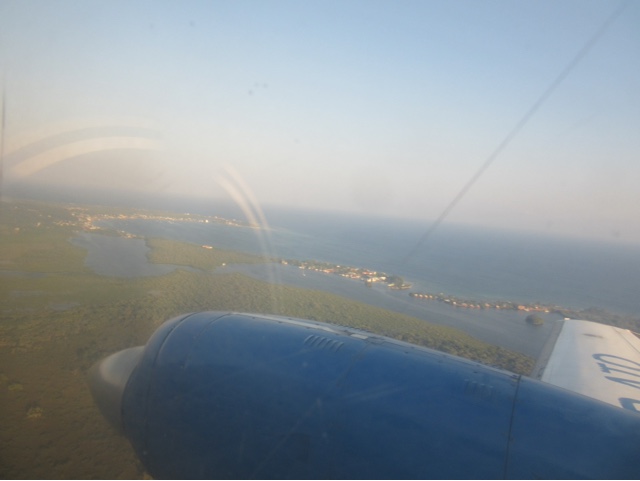 There were only 4 of us on a very small plane.  They aren't too worried about security - the cockpit was wide open - 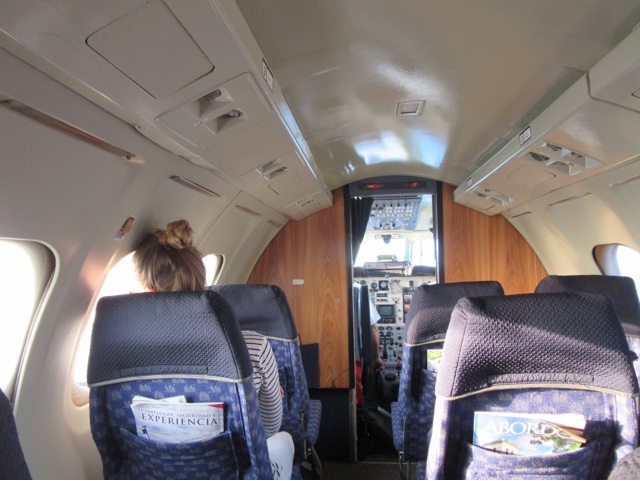 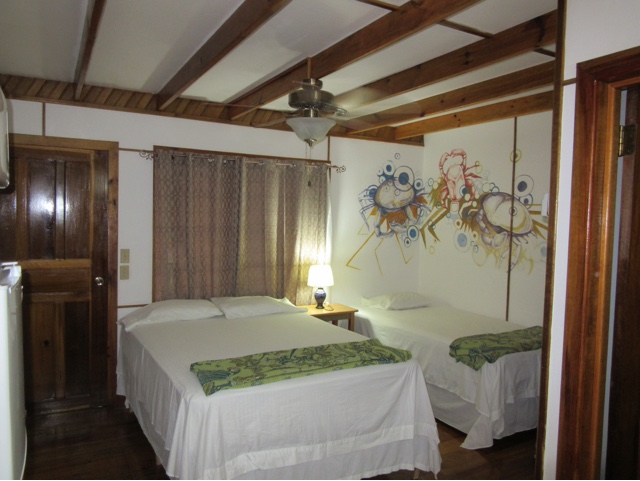 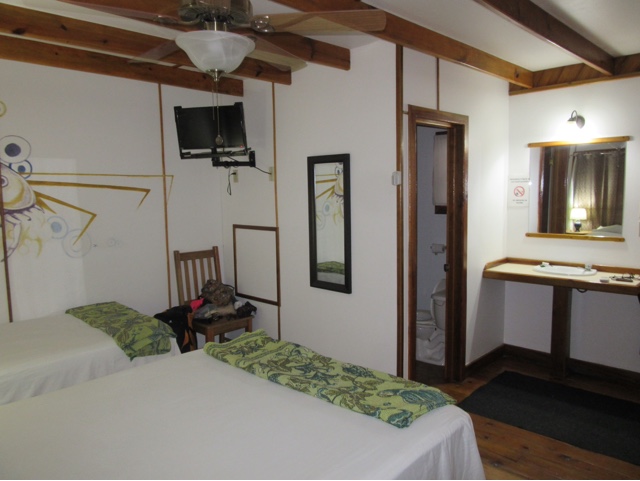 We have air conditioning, fridge, microwave, ceiling fan, tv and HOT water in the shower!
100 people can stay, mostly in dorms.  There's a great dive shops with really friendly staff, the grounds are very nice, there's a bar and lots of chill spots- 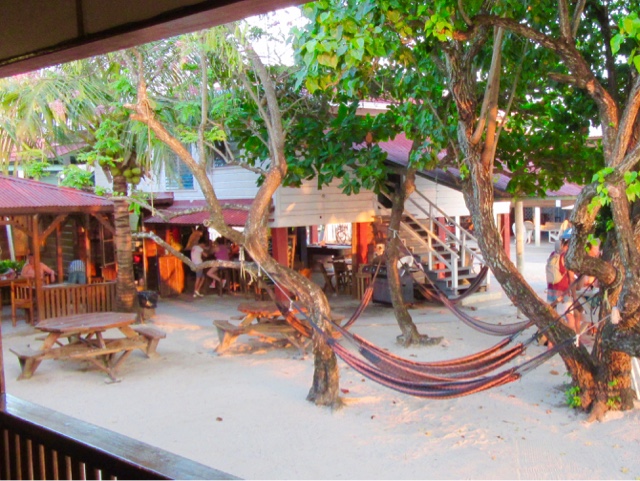 and a great view of the water- 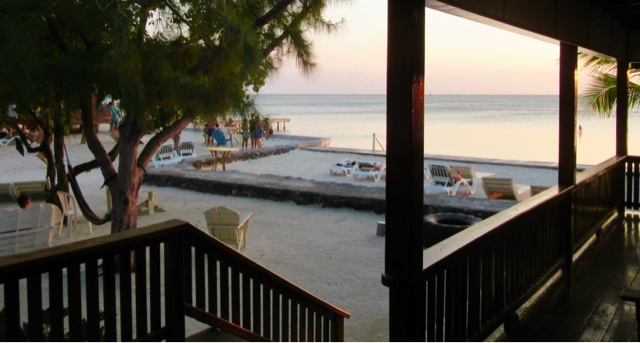 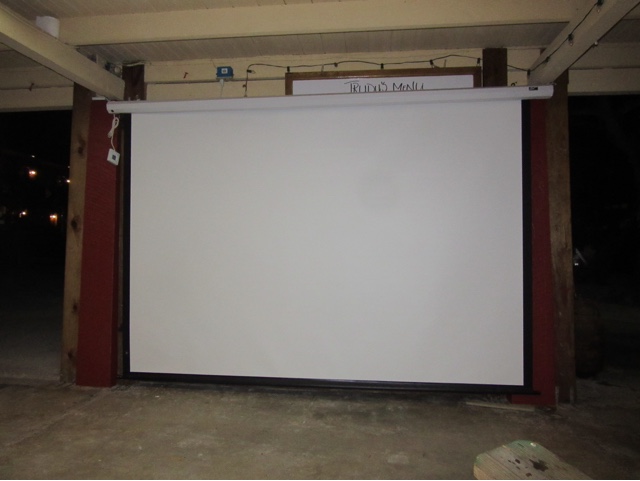 Looking forward to renting a scooter and touring some of the island tomorrow!
at February 27, 2017